Saturday is always Scatterday.  I actually look forward to doing these posts, since I get to share so many different things all in one go.  My feverish brain gets all clogged up with these things, and once a week I need to let some of it out to play to make room for more wonders and surprises to come.

One of the curious things about the style of the mid 17th century was that though there was a general loosening up of the imagery of Attire, and a freer feeling overall , the low, wildly retrograde placement of sleeves for women was a strangely constrictive thing.  Its as though the age was only giving lip service to increased freedom of dress for women.  This sleeve style would make reaching over one's head a near impossibility.  Still, in all, its a beautiful thing to look at as a composition of shape and line. 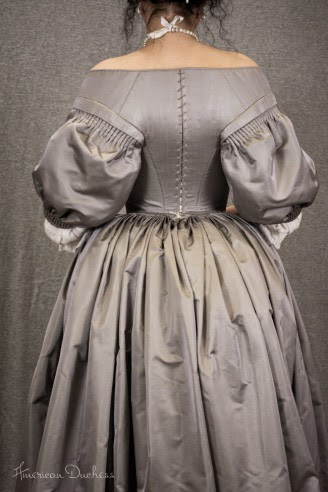 Nairobi based designer Sara Karay made this awesome jacket.  I love the colors, placement of pattern, and the solid collar to balance it all out.  Plus, I think Mr Man here is pretty dreamy.  Sue me. 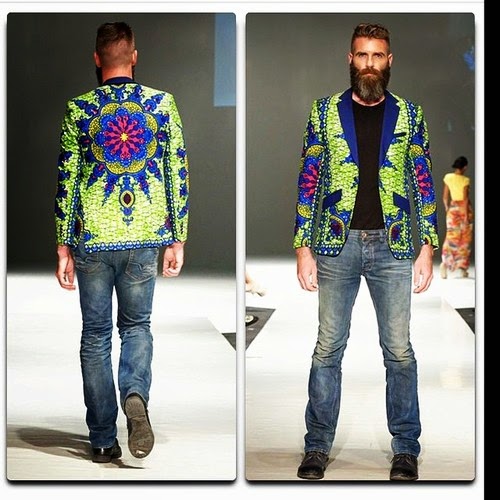 The Roman trio of sisters, Zoe, Micol and Giovanna Fontana opened their fashion house in 1944 and quickly became one of the strongest voices in Italian fashion.  This effort from 1969 is called the Moon Landing dress.  Made entirely from quilted vinyl in black and white, as a practical garment it must've been rather uncomfortable to wear, and likely rather squeaky as well.  But if you're looking for a style to embody the space age looks of the 60s, this hits the mark dead on.  It owes virtually nothing to the past. Everything about this dress looks forward, not back. 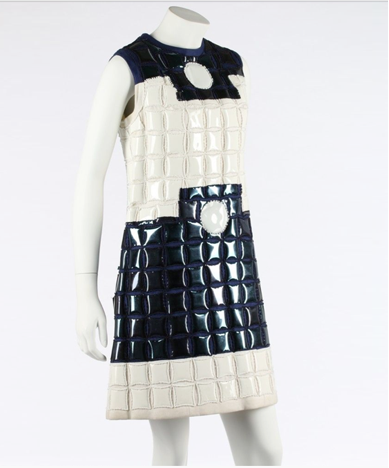 When we think of the beach, or going swimming we most assuredly do not think of woolen knee length shorts and a matching tunic.  But in the 1800s, if one was bathing in a public place, this was as bare as you dared to get.  The very sight of a man's calves, well turned as these are, would have been swoon inducing.  Just like a gent getting sight of a ladies lower leg would have given him all sorts of private thoughts.  We have become inured, through constant exposure, (ahem) to flesh in all is permutations.  So this seems downright silly. But during its time this was the furthest reach of appropriateness. 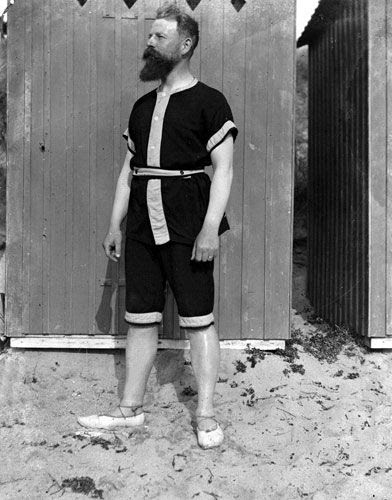 King George the Second of England had three lovely daughters.  And in 1728 they were, all three, painted individually by Phillip Mercier.  Skirts had expanded over the prior 60 years from a narrow conical shape to the fully rounded one you see here. And in just a few more years that shape would begin to flatten, fore and aft, while the sides would begin to bulge out, eventually creating the easily recognizable silhouette of the later 1700s, with its panniers.  They are in order, Princess Royal, Anne, Princess Amelia Sophia, and Princess Caroline Elizabeth.  Their dresses also all show the fashion for rows of gathered lace on sleeves, and the sharply pointed completely flat fronted bodices in vogue at the time.  The fabrics of their gowns are beautifully rendered, letting you know just how luxe they must have been. 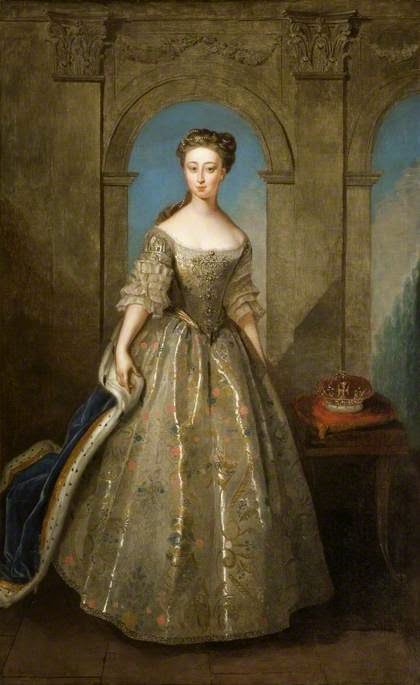 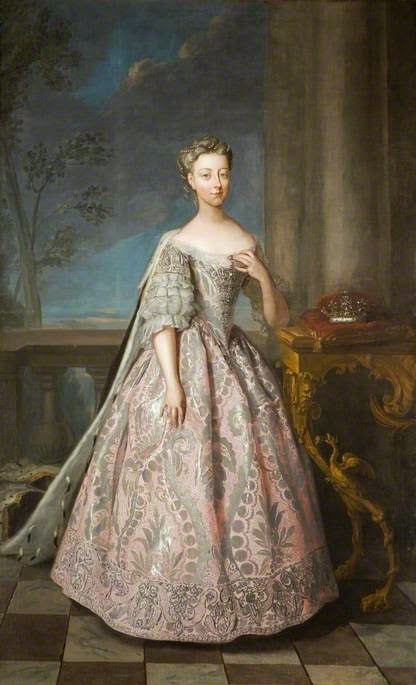 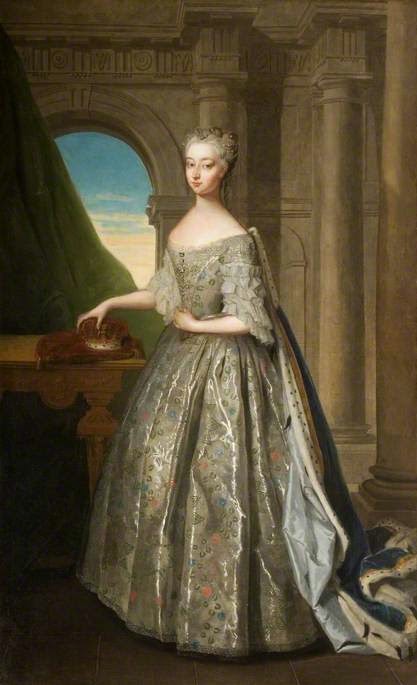 Speaking of lace, this portrait by Carl Gustav Pilo is of Frederik the Fifth in his anointment robes. The fashions of the time decreed, for the wealthy of course, the lavish display of what was then the most costly textile in manufacture, lace.  Since it was incredibly labor intensive, and fragile to boot, it was the nee plus ultra of swank.  So, a fella who was going to be anointed King would make sure that there was lace everywhere. And boy did he ever.  He looks like a tissue box exploded.  But that was all the thing at one time. 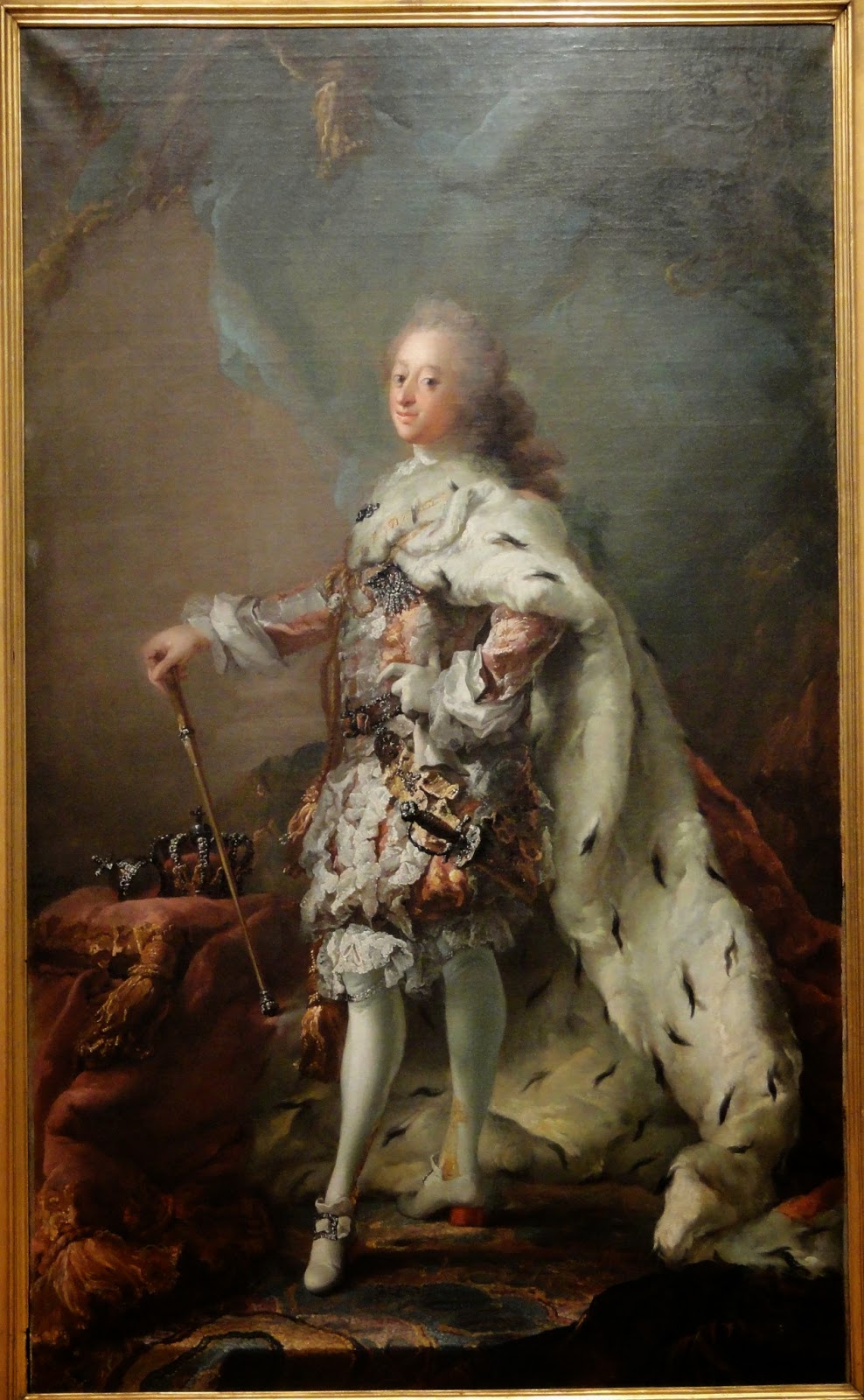 This marvelous beauty image from the 60s was shot by Norman Parkinson.  Placed in a lily pond the model emerges as though she were herself some exotic bloom.  Not much to say, really. I love this image of extreme beauty fashion form a time when such things were happening all the time. 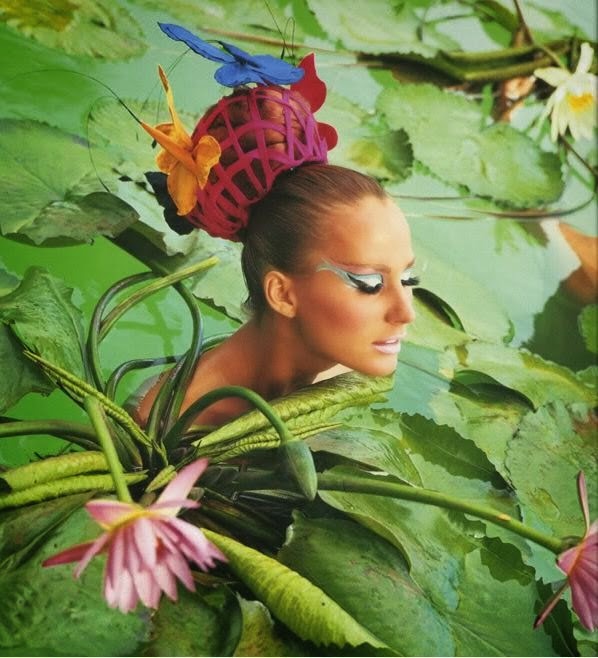 Closing out this edition of Scatter, this image.  I feel two ways about this coat.  The coat is self is perfectly constructed and in a wonderful color. The model chosen suits it well and it suits him.  My quibble is with the beadwork.  "What, you ask yourselves?  How can a man so in love with shiny things hate on this?"  I don't hate it exactly.  My issue is that with the extreme polish of the construction of the coat, I want the bead work to either look more intentionally controlled, to harmonize with it, or be more intentionally random to counterpoint it.  It seems to fall somewhere in the middle ground and so ends up looking weak and shoddy, when it should sing. 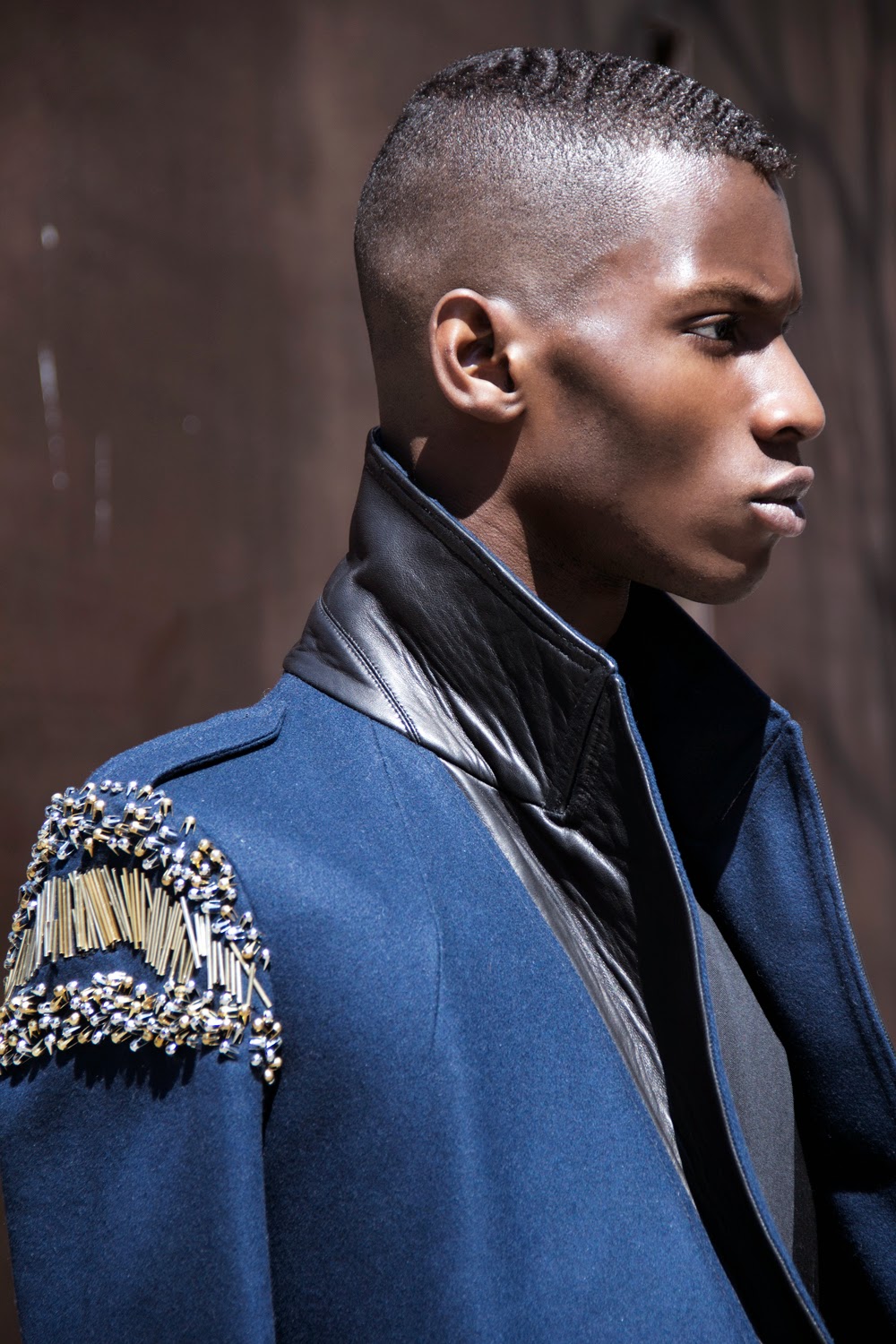 Have a grand Weekend, All!