Yesterday I posted about the extraordinary increase in the level of extremity of design required to get our attention and keep it.  What all too often happens when such levels of sartorial shouting are reached, is that hilarity can ensue.  Sometimes of course, the designer has their tongue planted far into their cheek on purpose. Other times, a designer has taken their concept so to heart, and their desire to push the envelope is so grimly held, that they fail to see the fact that their work has tumbled over into humor.
Don't get me wrong here, wit, humor, and satire are all legitimate parts of the dialog in progress. In fact I would say they are essential, lest we take ourselves entirely too seriously.
So, for this post I'm just going to give you a smattering of things that made me smile for one reason or another.  With a few comments for each.  Beware, I may get uncharacteristically snarky. 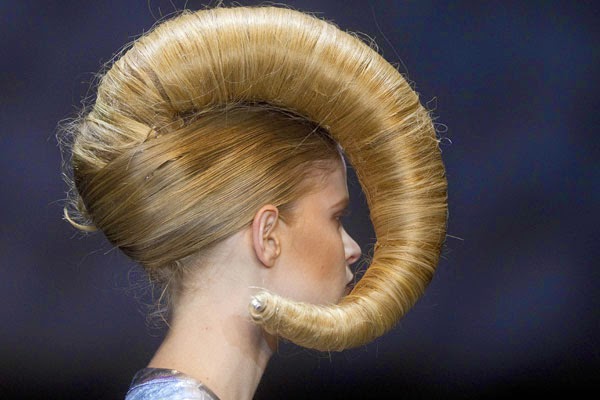 Wildly inventive hairstyles are part and parcel of hair fashions shows.  This one made me think of predatory space aliens.  As a design concept, its laudable but in reality, I don't think it works. 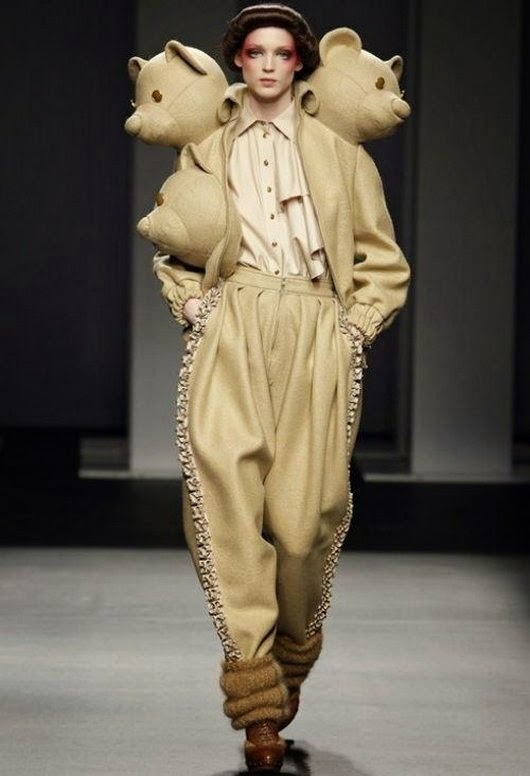 This one seems entirely deliberate in its humor.  Remover the teddy bear heads and what we have here is a pretty terrific looking outfit.  With them its definitely a visual joke. 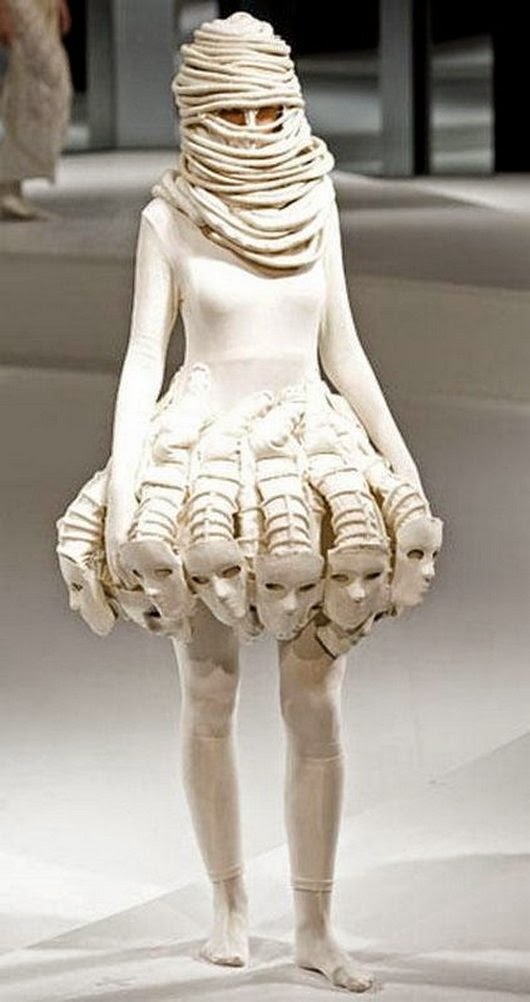 This one is taking itself entirely too seriously.  Now if I were to see this in the context of some kind of theater, I would call this brilliant, but as apparel or social commentary, it seems over thought. 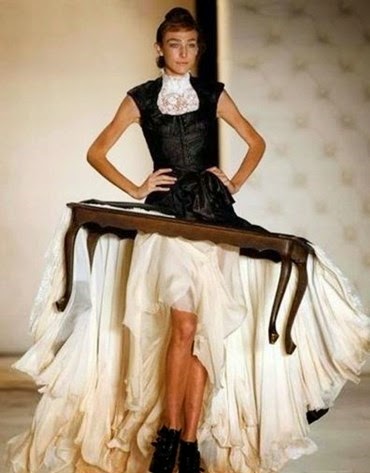 Of course this one is completely aware of the silliness factor, and as such I love it unreservedly. Plus it reminds me happily of an old Three Stooges episode where they are carpenters who end up having to produce a fashion show. 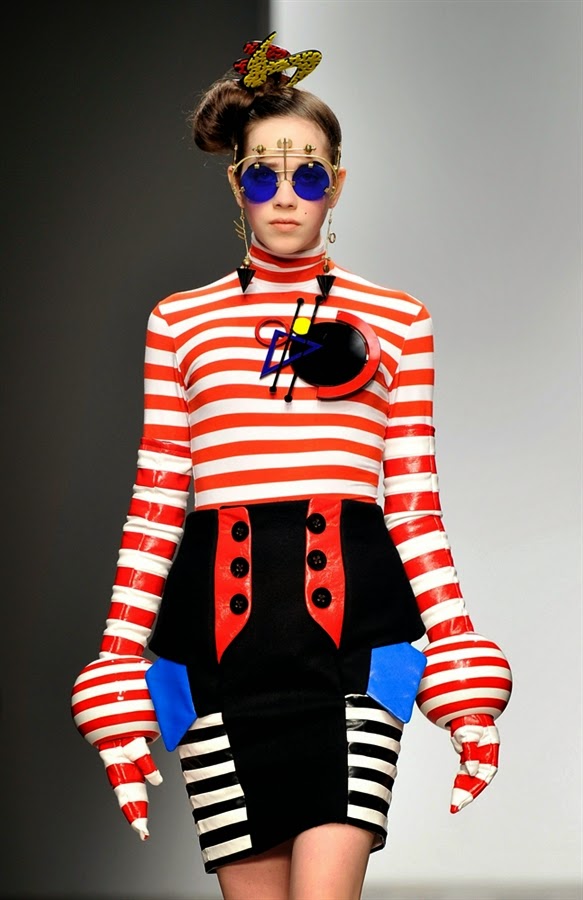 Here's another piece that reads to me as being over thought and too conceptual for its own good. 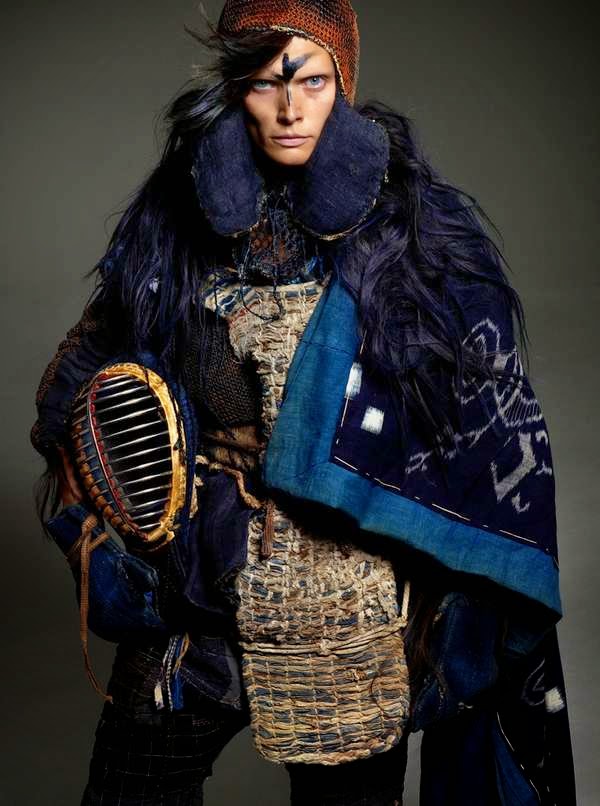 I get that we're going for some kind of post apocalyptic warrior here, but its so overplayed, and has so many layers it makes me snicker.  Plus there's so much going on, its tough to even determine what is doing what. 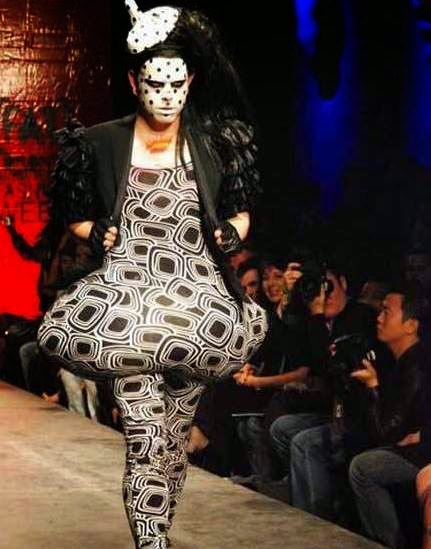 Satire?  Yep, it sure is, of the most pronounced sort. " Does this outfit make my hips look big?" "Honey it makes you look like a giant Hershey's Kiss." 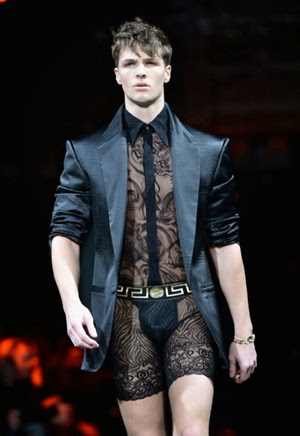 Here's one that is meant to be thought sexy and edgy and fun.   It fails for me because it lacks wit.  If it wasn't trying to be so serious about being all sheer and sexy, I think it might work.  I like the jacket, anyhow. 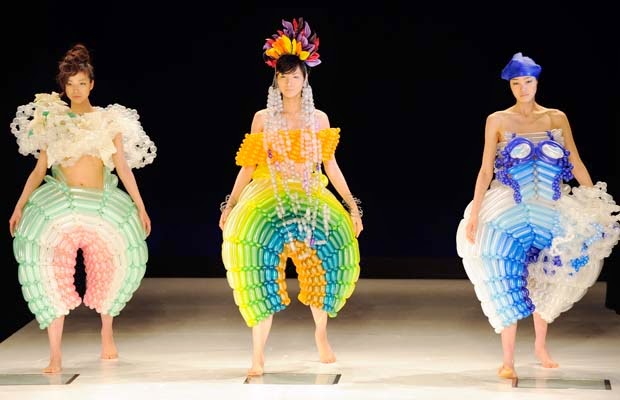 Of course these three outfits are deliberately funny, and actually I think they're rather sweet.  They are made entirely of balloons.  The squeaking on the runway must have been hilarious. 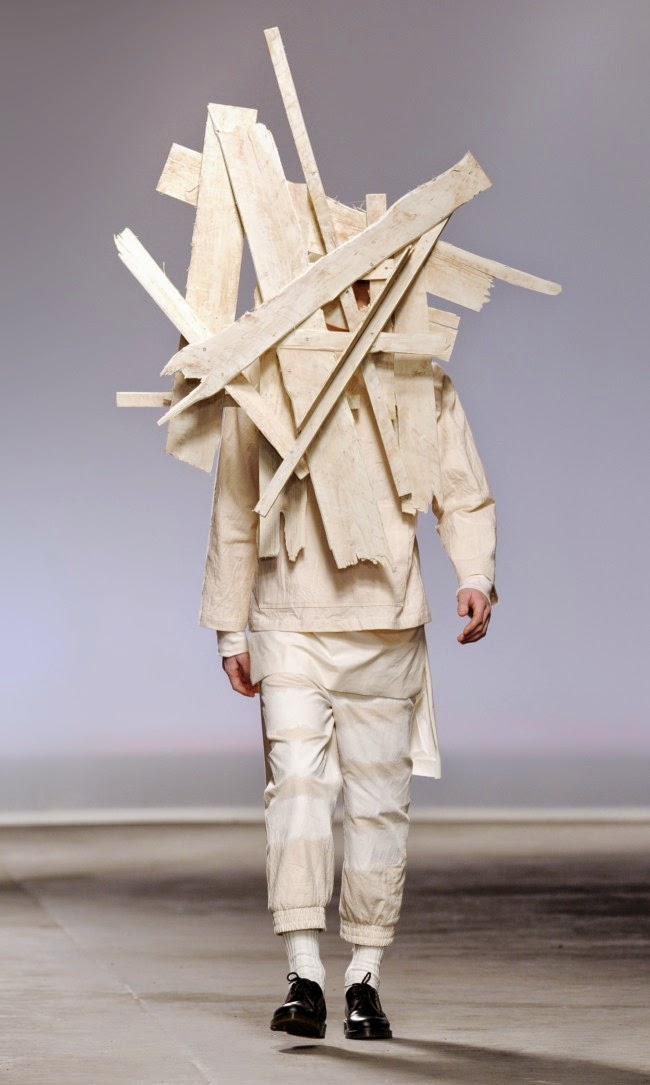 For the last one, this.  Who doesn't want to walk around looking like someone just bashed their head with a packing crate?  I truly  Do. Not. Get. This. At. All.
So, would be designers, be very careful how invested you get in your concept.  You may still make someone's day, but for the wrong reasons.