Humans have been pushing at the edges of what we can clap on our backs since we first began to experiment with clothing ourselves untellable eons ago.  But as a discrete part of the Attire language with its own recognized classification, wearable art is a newcomer on the scene.  Most would say it had its roots in the counter culture 60s, when the young threw everything into the air, and decided that we could celebrate ourselves in ways other than we had been taught.  By using things that they had found and re-purposing them, tarting them up with other things from other sources, and often hand embellishing them with sometimes naive embroideries, they turned their clothing into the first identifiable wearable art. 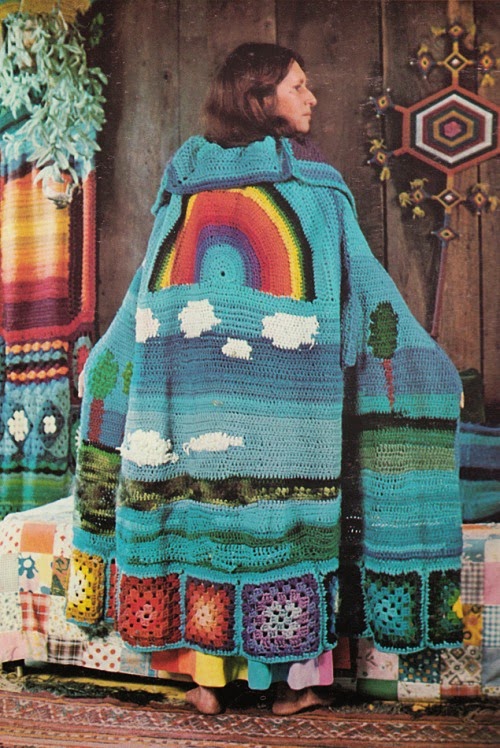 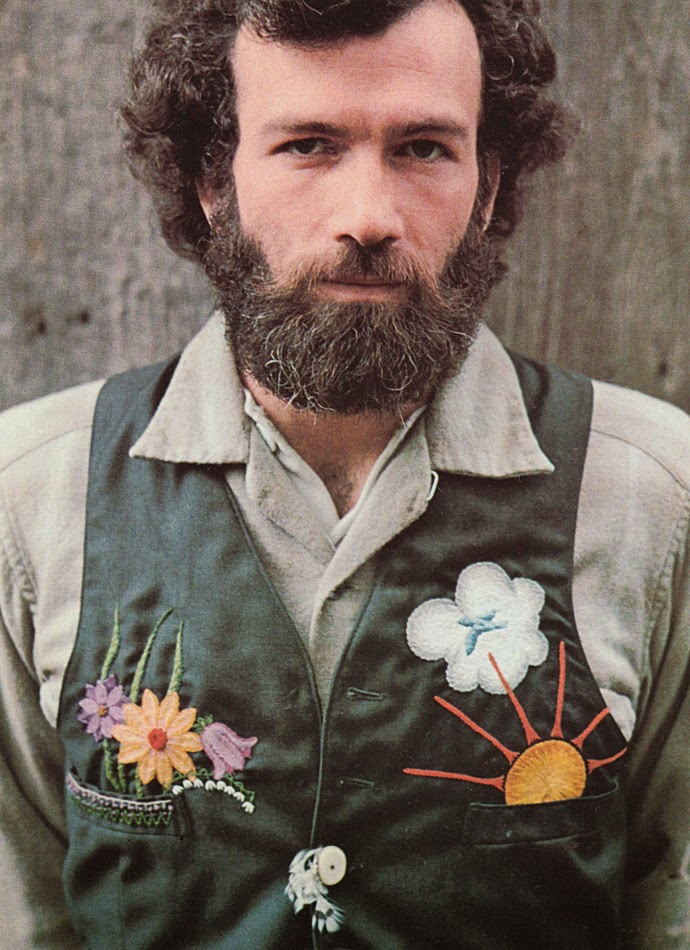 Is wearable art something that functions routinely in our day to day usage of the Attire language?  Not really.  Their very nature, and manner of expression, means that few would choose to use such apparel words, since they speak, perhaps too loudly, for an average daily statement. 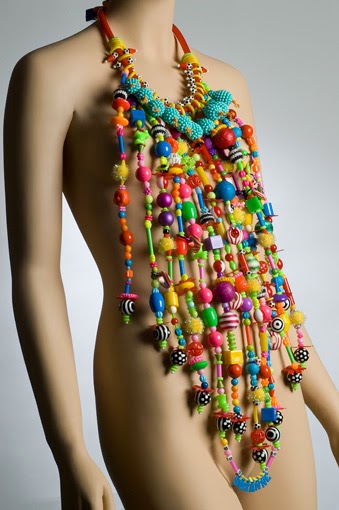 But, does wearable art exist as a dialect of the Attire tongue? It certainly does.  How can that be, if its so limited by its emphatic presentation to the world?  Because it has within it, every type of garment, from any sort of accessory, to every basic clothing type that exists.  So it is fully possible for a person to create, using only wearable art, an entire apparel sentence.  Such a sentence, if created, would require master class understanding of Attire to pull off, as well as massive personal presence. 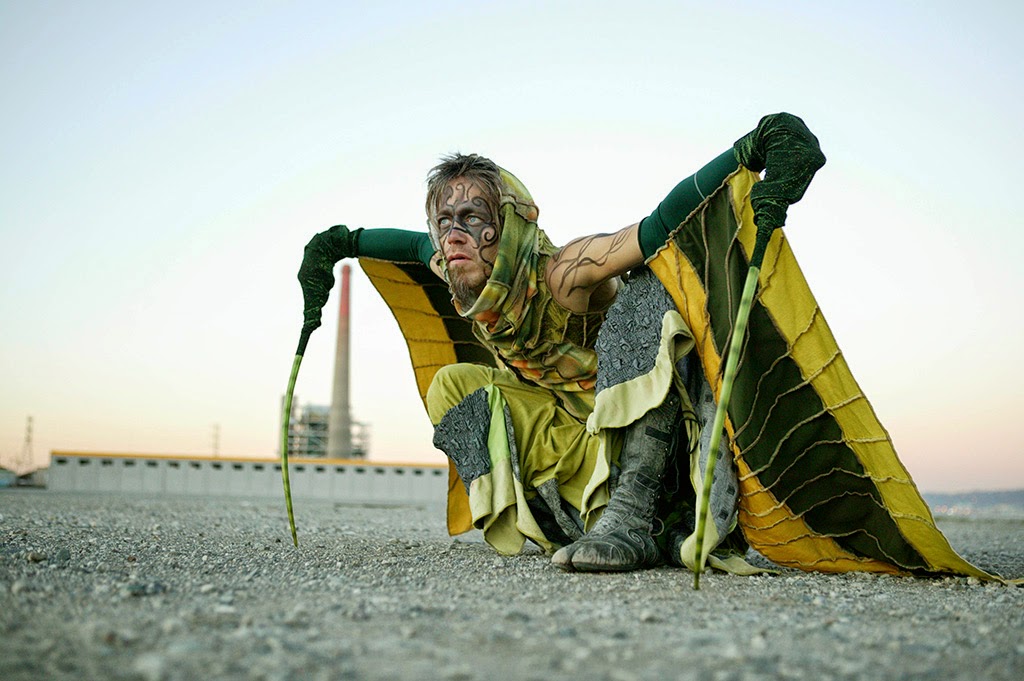 A single piece could overwhelm both the wearer, and whatever they might be trying to convey; so putting multiple pieces together could create a cacophony, instead of something understandable.
At its source though, what wearable art allows is, simply put, untrammeled expression of thought and emotion.  The vast majority of Attire words veil meaning within established cultural norms, and require us to see, not only what we are looking at, but the subtext hidden in the folds, and patterns.  Wearable art, may not be literal enough for us to take it at face value either, but the pathway to the meaning is clearer, and more resolutely stated.  So it is at once a louder, clearer message, but also one that is sometimes more difficult for us to hear comfortably.
The recent resurgence of interest in the homely arts, including knitting, crochet, sewing, embroidery, felting, dying, weaving, and such, has given a big boost to the whole idea of wearable art, through countless DIY projects presented through pintrest and etsy.  I am, frankly delighted by this.  The whole idea of people re-joining an understanding of craft, and art, through personal experience, can only end up being a good thing. We have stood outside of this, only purchasing it, without comprehending it, for too long.
So here are a number of examples for you to gasp at, giggle over, and find inspiration in, as I did. 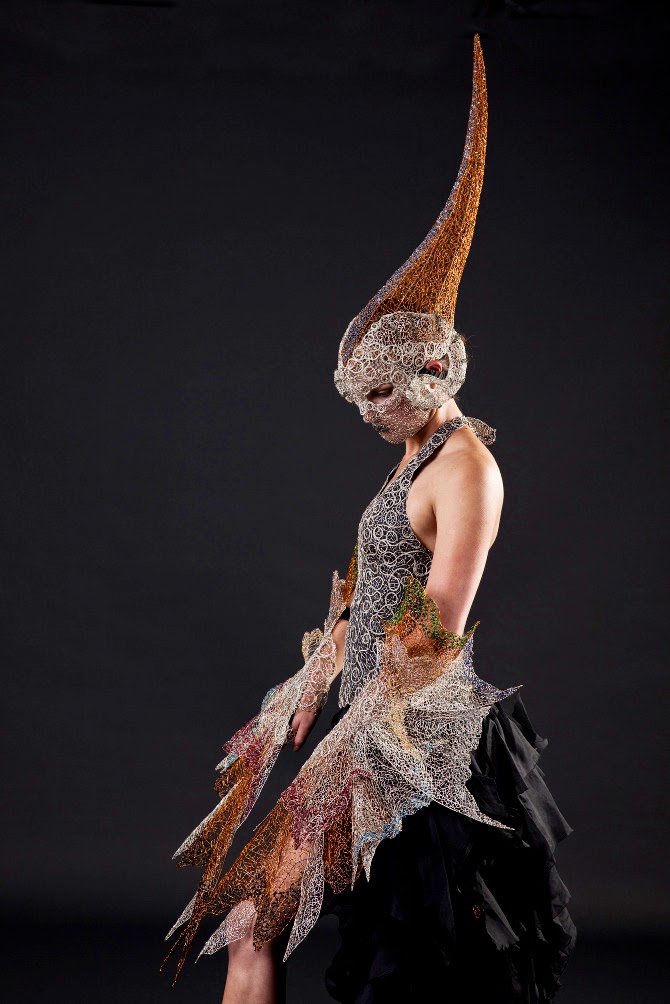 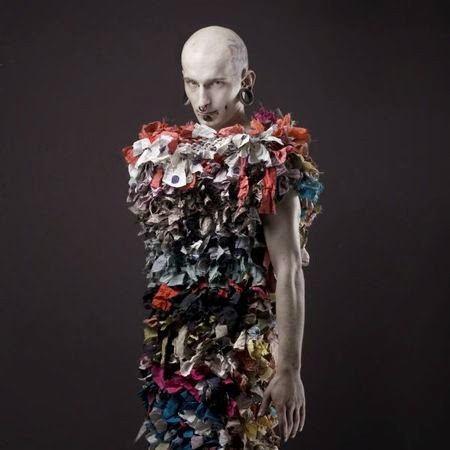 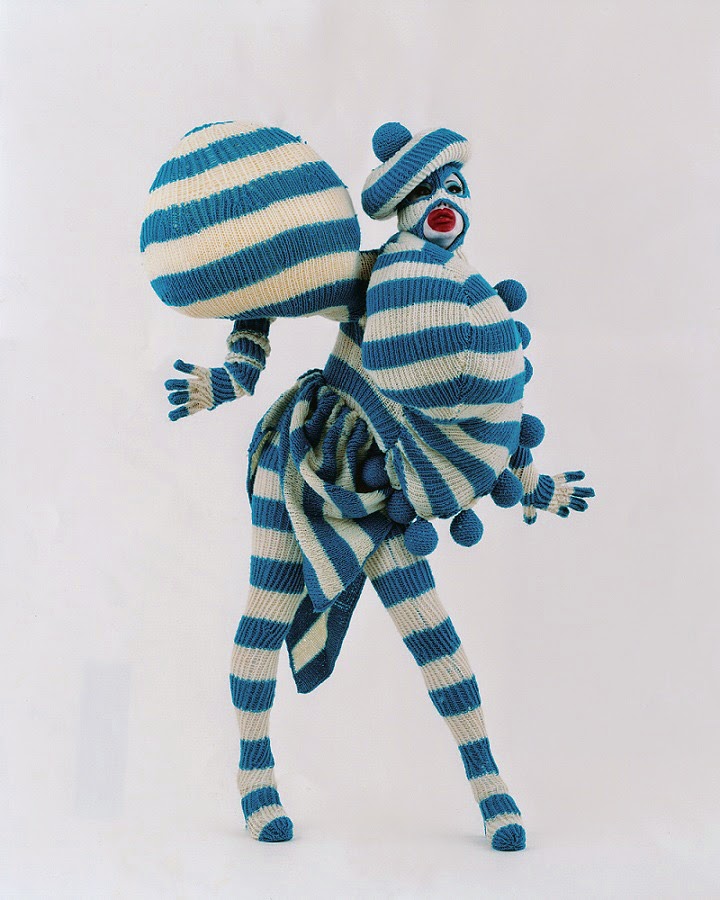 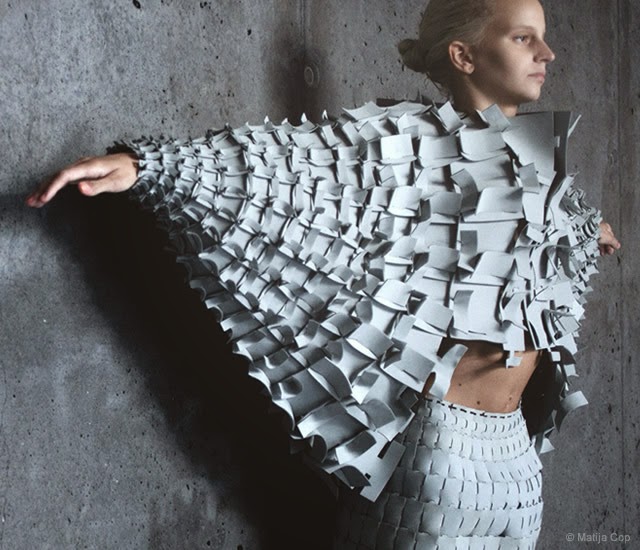 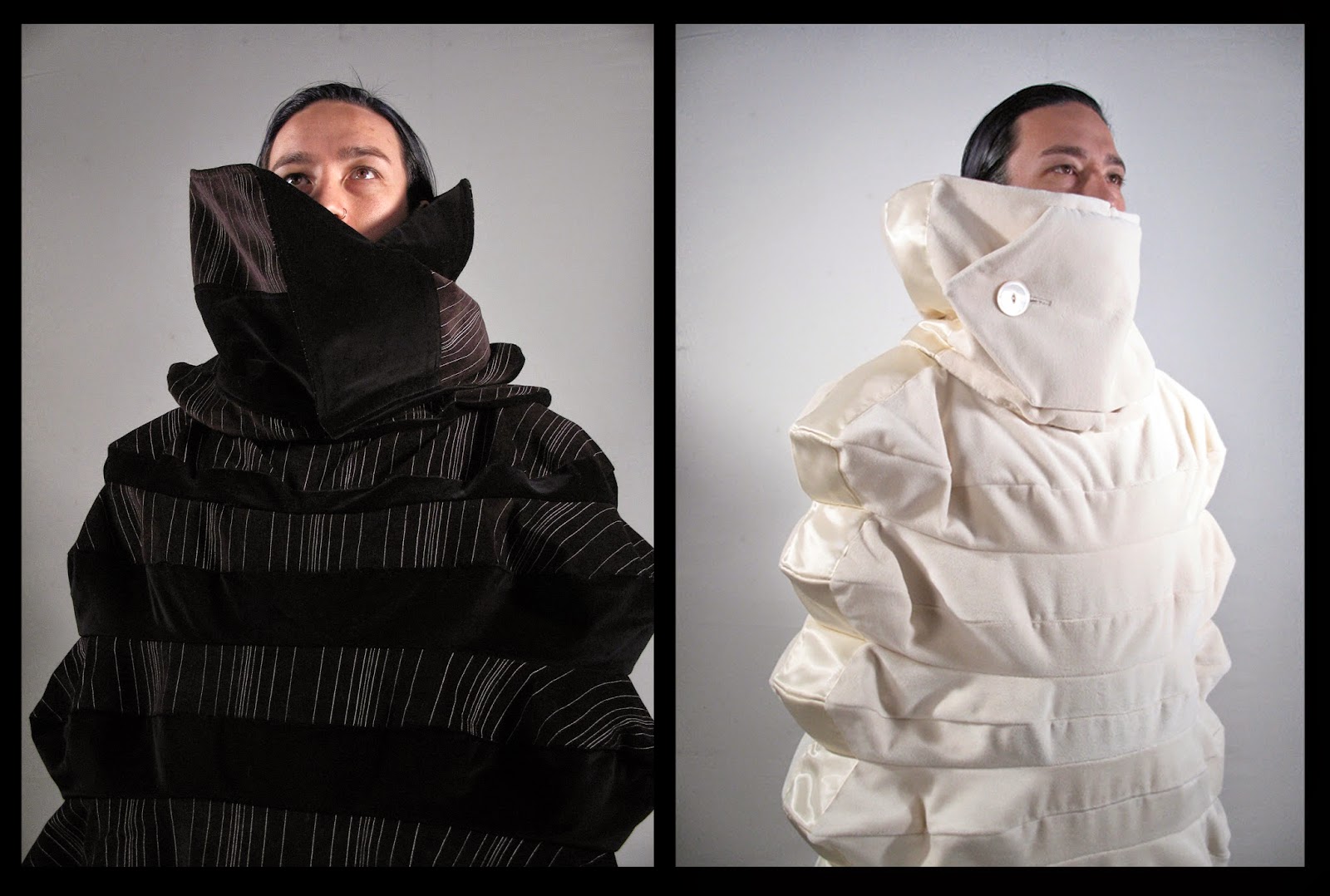 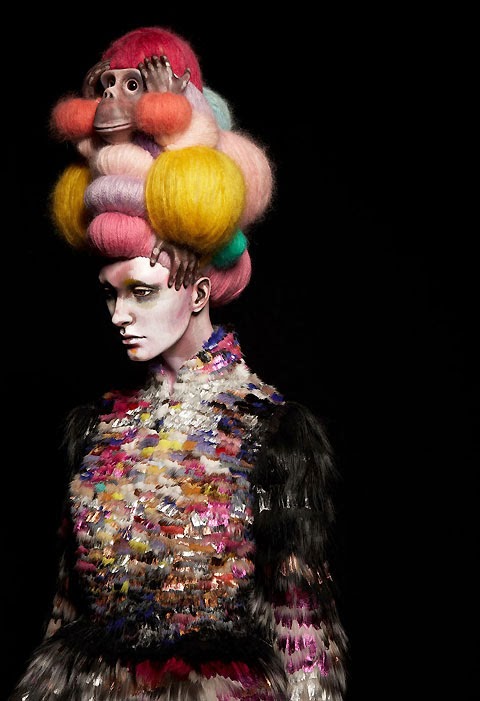 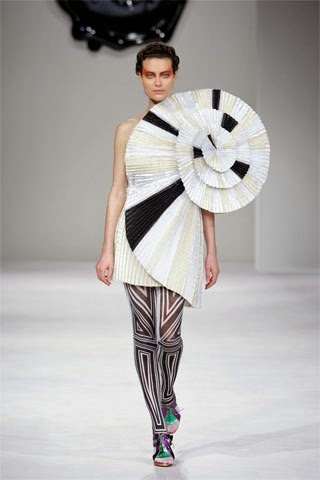 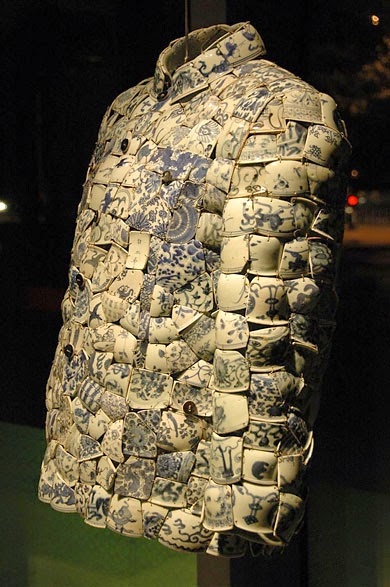 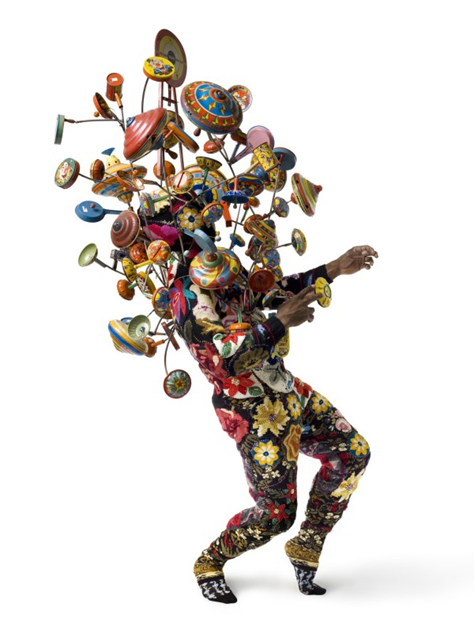 And at last, it would give me great joy to see greater and greater numbers of people taking their chance to express themselves more fully, and running with it.