For well over 200 years the banyan was one of the most important parts of any gentleman's wardrobe.

Why?  Because he likely spent more time in it than anything else, other than his long shirt.  The banyan had a number of names, but its purpose was always the same. It was a means of being in undress while awake, and possibly having company.
It was meant as informal at home wear, and many a man of arty temperament or leanings had his portrait painted in his banyan, often in his nightcap, or wearing a turban.  In the American colonies in the 1700s, and in particular in those states where it was quite balmy a good deal of the time, the banyan even became informal street wear, as well as at home gear. 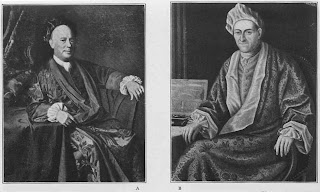 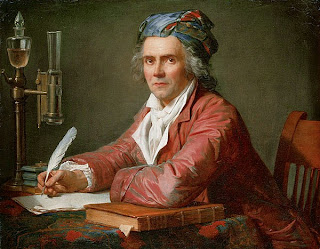 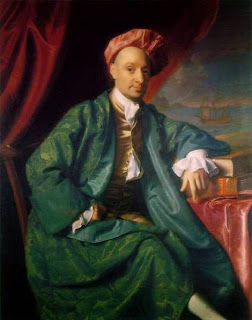 A fellow's banyan was a release from the restrictions of his suits, allowing a great freedom of movement, and ease.  They were often very fully cut, with vast sleeves, and bore no actual closure whatever. 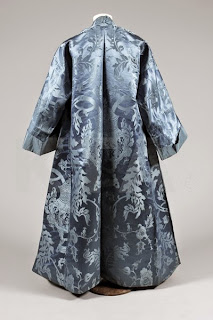 But as time and styles changed, so did the banyan.  More trimly cut versions emerged, some even with matching sleeves waistcoats that could be worn or not as desired.  And in the later 19th century, before they faded from use, they came to ape the structure and cut of men's outerwear to a good degree. 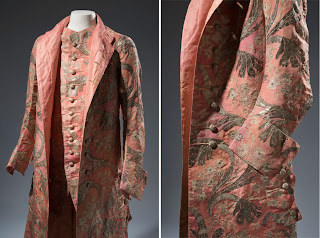 Banyan's first came into usage because of increasing trade with the east, where such garments were commonplace.  In fact, one of the other names given to it was the Indian robe.  They were most often made up in fairly heavy weight fabrics, and were typically far more spectacular in color and pattern than a man's everyday wear.  Costly silk brocades, tapestry fabrics, and rare imported stuffs from China, India, and the Middle East were the most sought after for banyans. 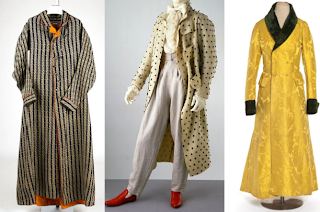 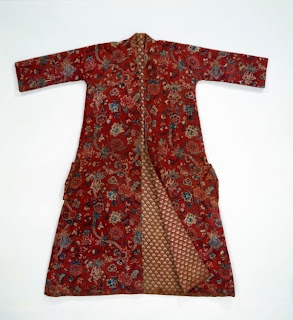 Why did they fall out of use?  Well, as more and more men entered the workplace, including men of title, there was a drop in available leisure time, and the connection with an older way of living and thinking was, I suppose, unavoidable. So by the 20th century the banyan had been replaced by the bathrobe, and the smoking jacket. And the smoking jacket only hung on for about 50 years before it became, itself, an anachronism.
Do I think the banyan could have a place in the modern Attire dialog? Certainly it could.  Sure, most men wouldn't care for something in a material impossible to clean, but updated versions could be done that would well serve the growing population of men, (and women, lets be fair here, boys) who can and do work from home. 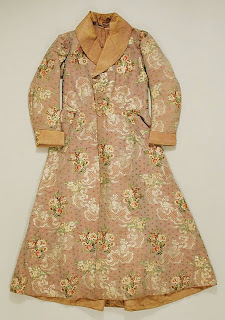 And as a side note. I have one that I made for myself, and I love it.  Not only is it comfortable, but I feel special in it.
What say we bring this back?  I say lets do this!
Posted by Paul G. Ellis at 4:16 AM