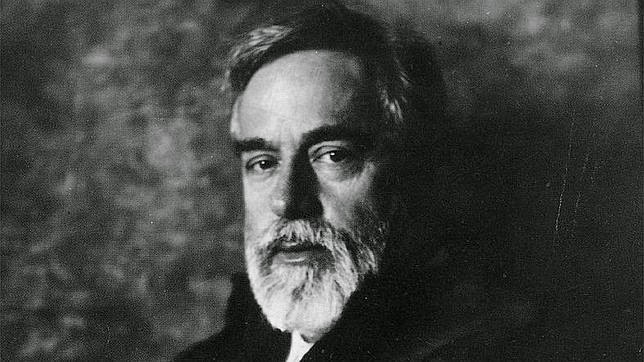 Mariano Fortuny y Madrazo was born in Granada, Spain of an artistic and well connected family.  He was avidly encouraged to use his myriad talents, and did so, throughout his interesting and varied career.  His family moved in 1889, when he was 18, to Venice, where he lived and worked the remainder of his life.  (Palazzo Fortuny in Venice is now a museum). 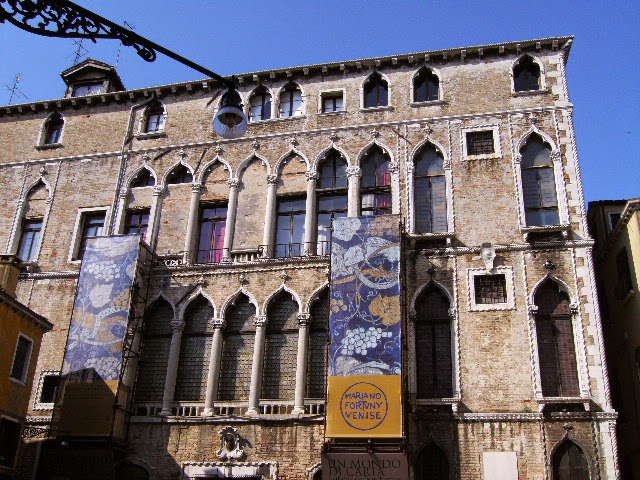 He was a skilled and prolific painter, a student of textiles and a world traveler who got a great deal of his inspiration from the classical world, and from early Renaissance art.  He was also a designer and inventor of lighting for home and stage, and has many inventions to his credit.  The lamps he designed are still in production today, and look ever bit as modern as they did in the 20s when he designed them. 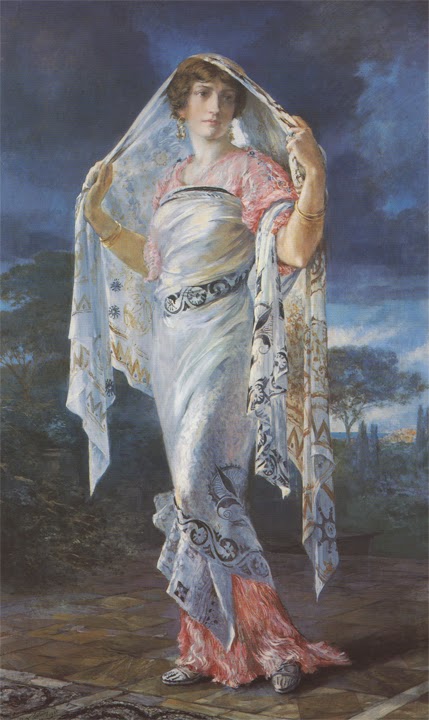 Painting by Fortuny of his wife, Henriette dressed in Pompeiian costume-1935 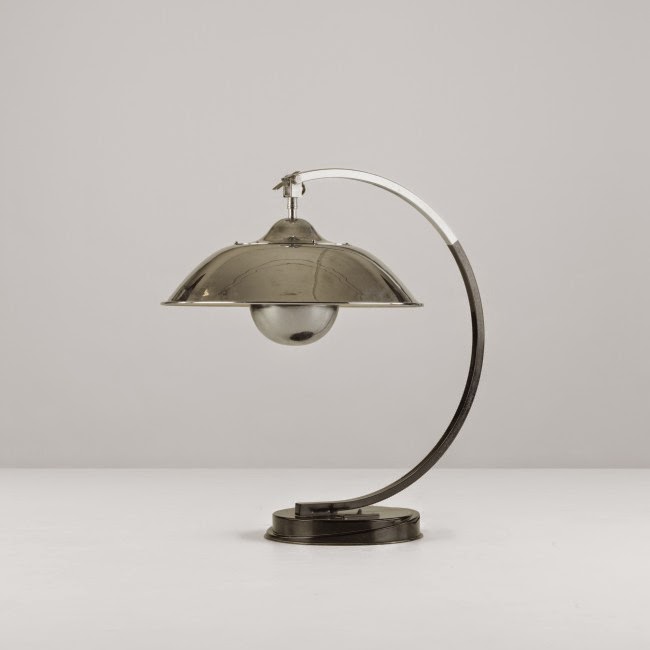 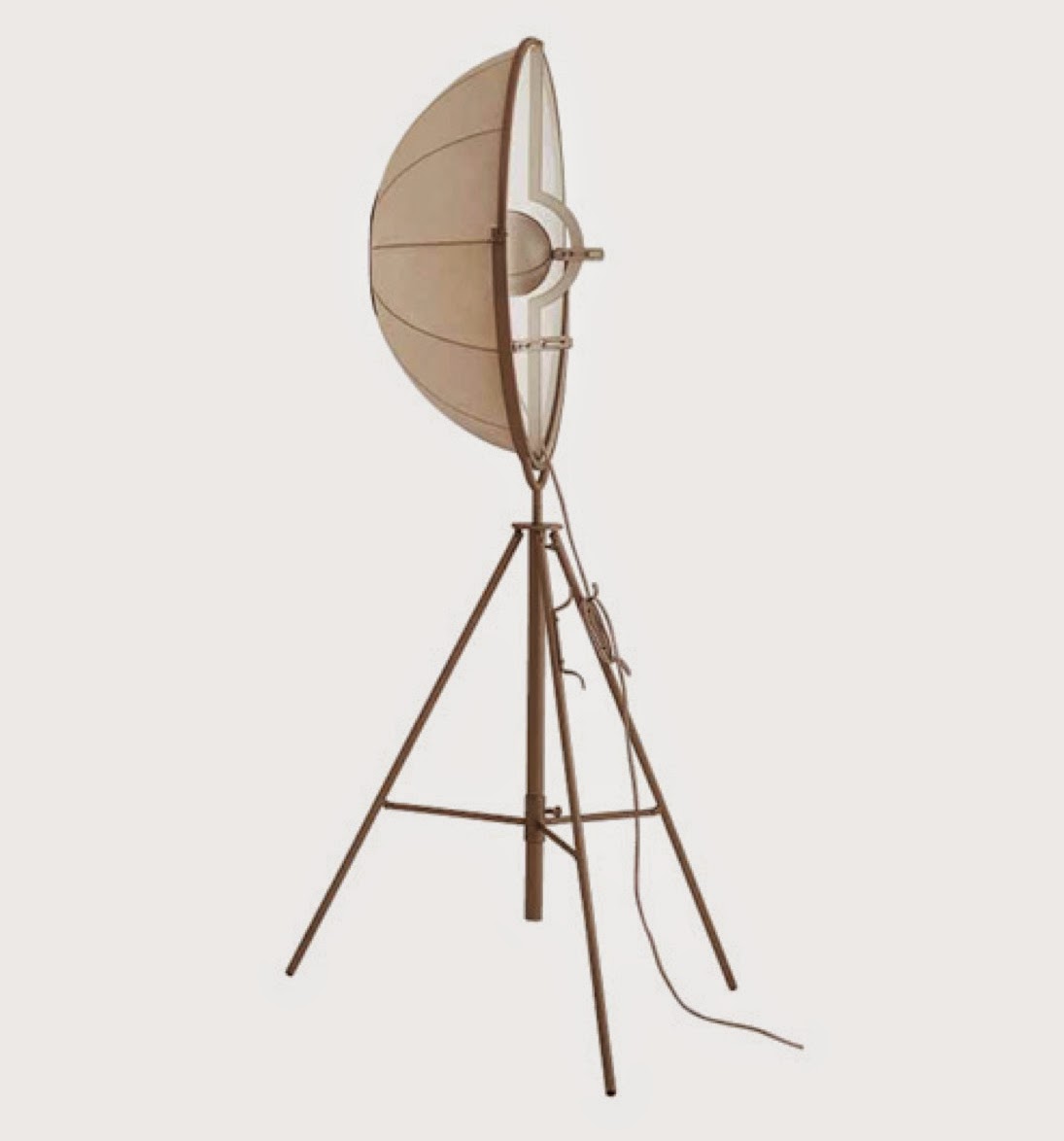 So much did his artistic family, his travels, and studies influence him, that when he decided to point his considerable mind towards clothing design, he created the single most iconic, and still most desperately sought after garment for women, ever.  The Delphos gown.  But more about that shortly.
Fortuny was passionate about textiles, having grown up with family who similarly loved them, and collected examples of special fabrics and weaves from the world over. So there were examples right to hand all the time, from which he could learn and draw inspirations.  One of the chief sources of this were the samples of velvets from the 1500s.  From them his aesthetic developed into a clear cut, and instantly recognizable expression.
He mastered the technique of block printing first in his own artwork, and later applied this notion to textiles; using metallic and colored inks onto silk, and cotton velvets, creating something that looked entirely outside of time.  His coats, cloaks, wraps, and dresses of block printed fabrics look as though the walked from some fantasy of the late Medieval, or early Renaissance eras, and yet have a quality to them that removes them from mere stylishness, and places them in some eternally beautiful realm. 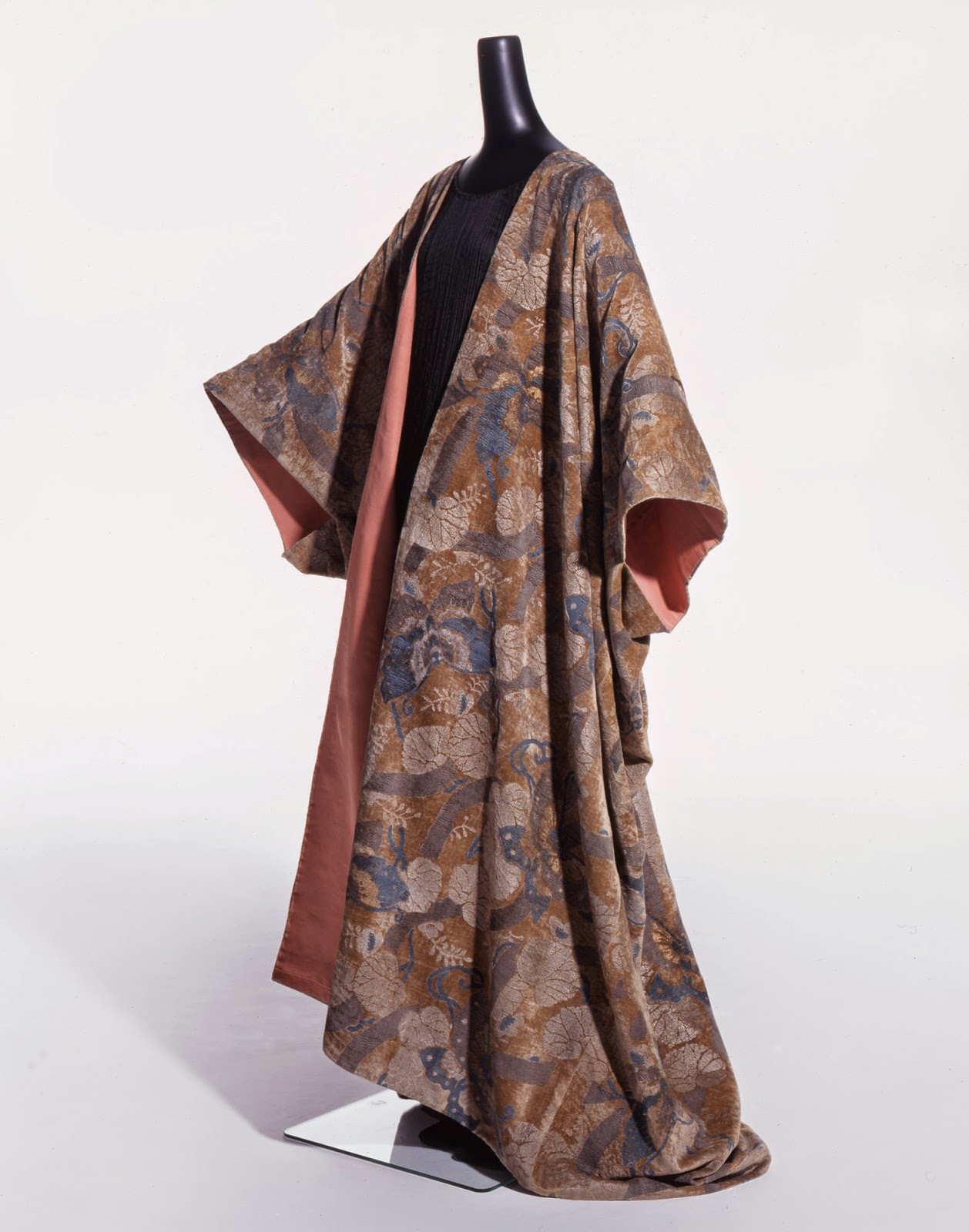 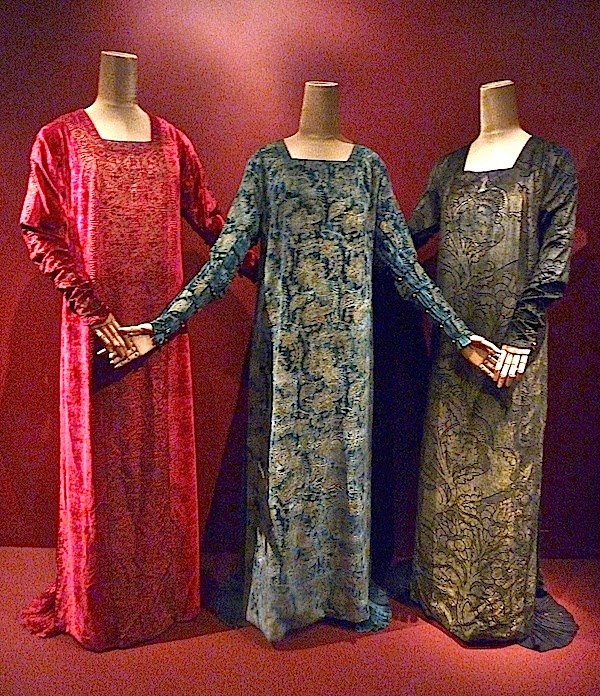 But, it was his groundbreaking Delphos and Peplos dresses, that truly blew the lid off of things for him, and launched his name internationally.  The first of these two, the Delphos, first designed around 1907, is made from only two pattern pieces that are essentially long rectangles.

What makes the design superlatively brilliant is the unique, and so far unreproducible method of crinkle pleating he devised to get the silk to hang in the manner it did. A Delphos dress is not hung on a hanger, or folded; but rather it is twisted about itself and rolled into a coil to store it. 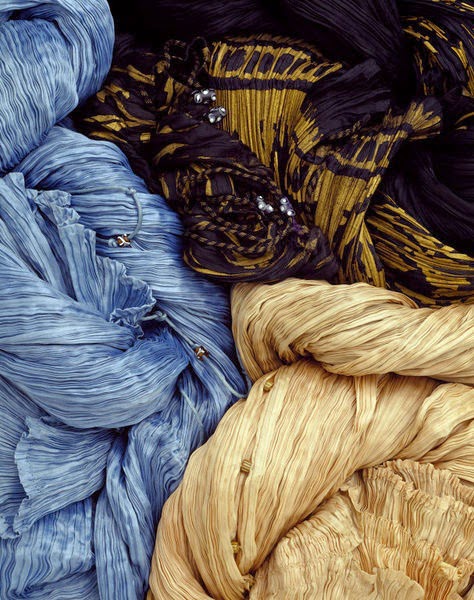 But imagine the impact of a dress of this sort, in a world where women wore multiple layers and corseted themselves routinely. The Delphos dress was meant to be worn with nothing but the body under it, and the way the pleating shaped the dress, it became softly, but never obviously sexy. The final touch was the inclusion of hand made clay beads, spaced at intervals along the shoulder line and side seams that helped in the final effect of the drape. 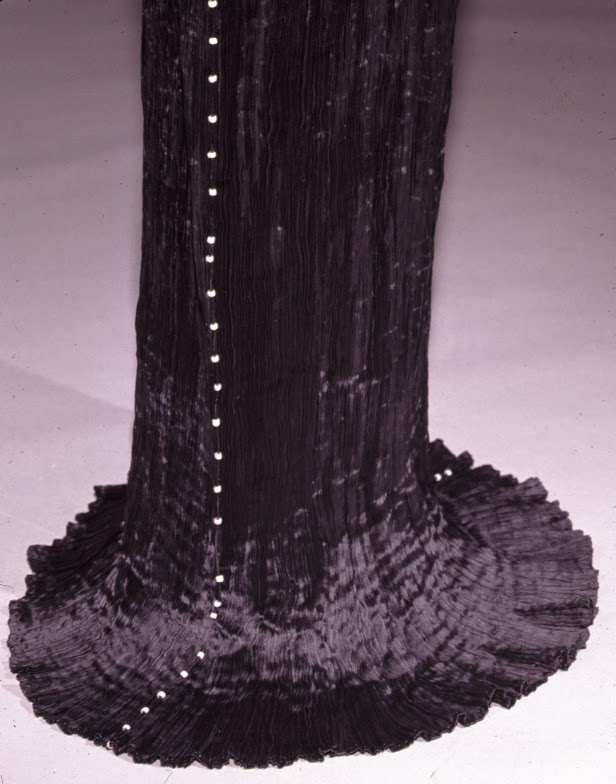 Today, such dresses, when they come to auction, regularly command prices well into 5 figures, making them the most expensive of antique pieces.  Collectors and fashionable women of means crave them still for their imperishable chic and simplicity.
The Peplos dress was a variation on the theme, taking the Delphos dress and adding an over-tunic to it that fell in points at the hem, weighted again, with clay beads.

Paired with his signature stenciled velvet coats and wraps, the final effect of these dresses was completely beguiling.  And you can readily see why women still want them with the passion they do.

Whether Fortuny knew it at the time or not, is immaterial, but the fact remains that his fertile mind, and talented hands, created some of the most glorious, sensual, wearable clothing ever produced.
Feast your eyes. 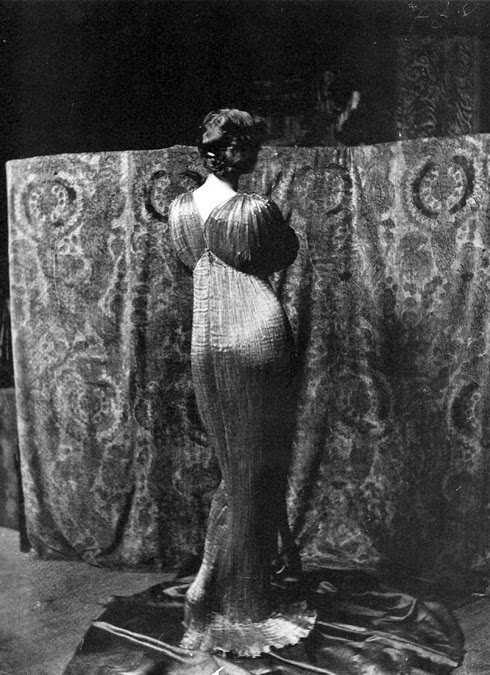 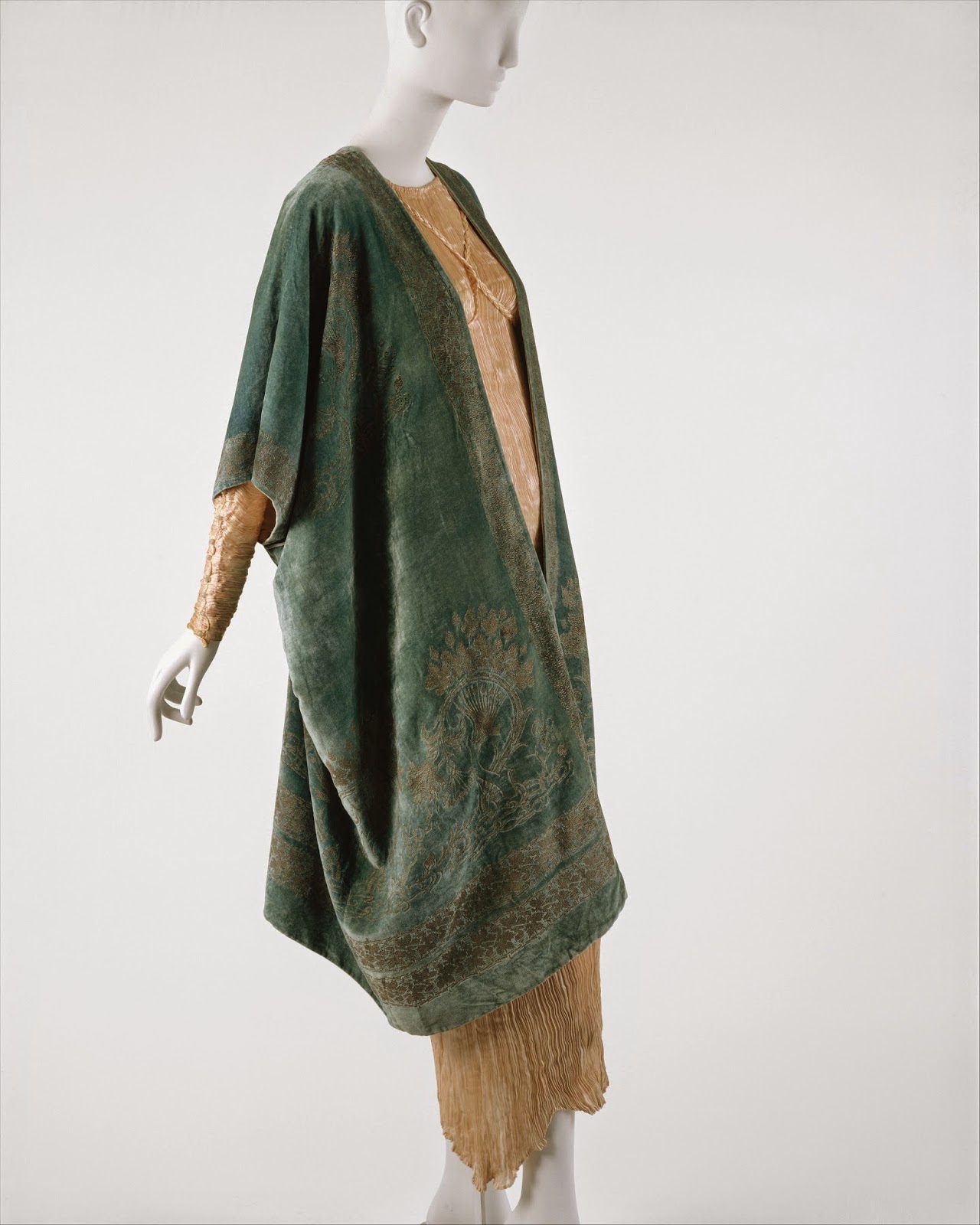 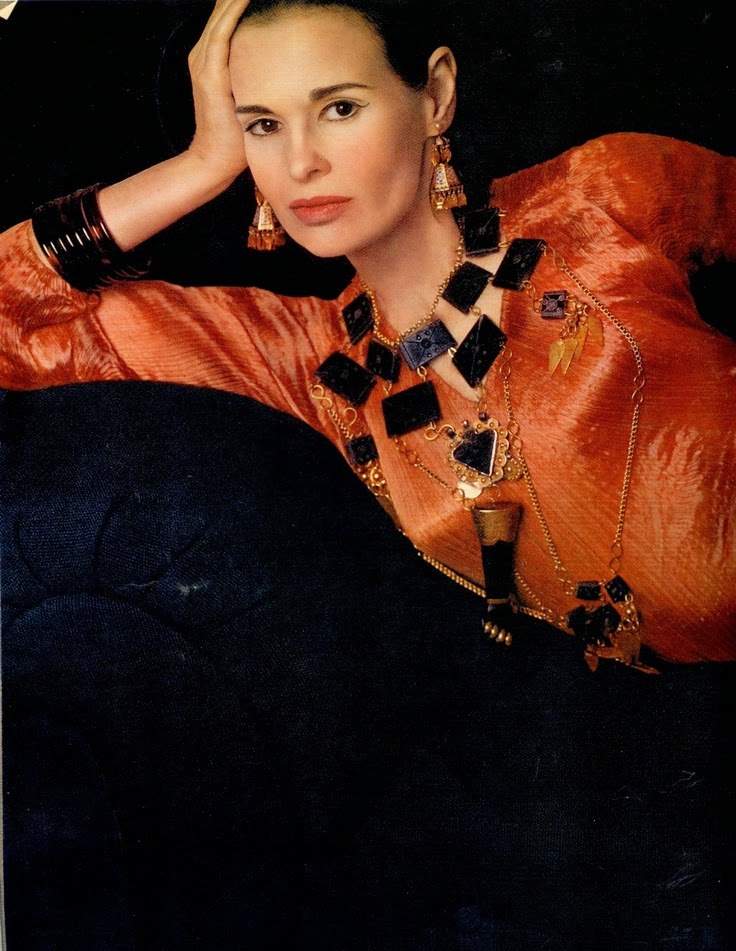 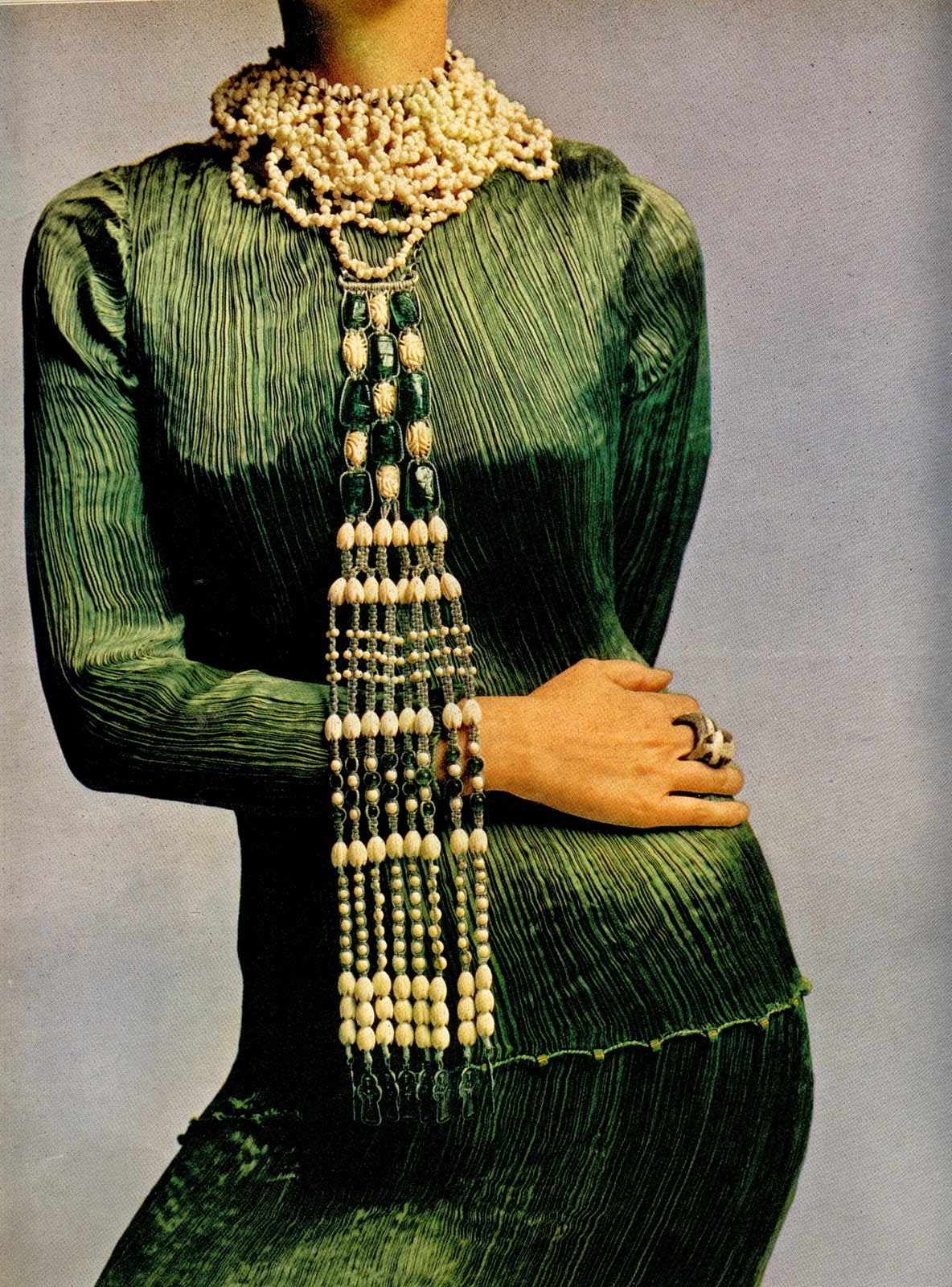 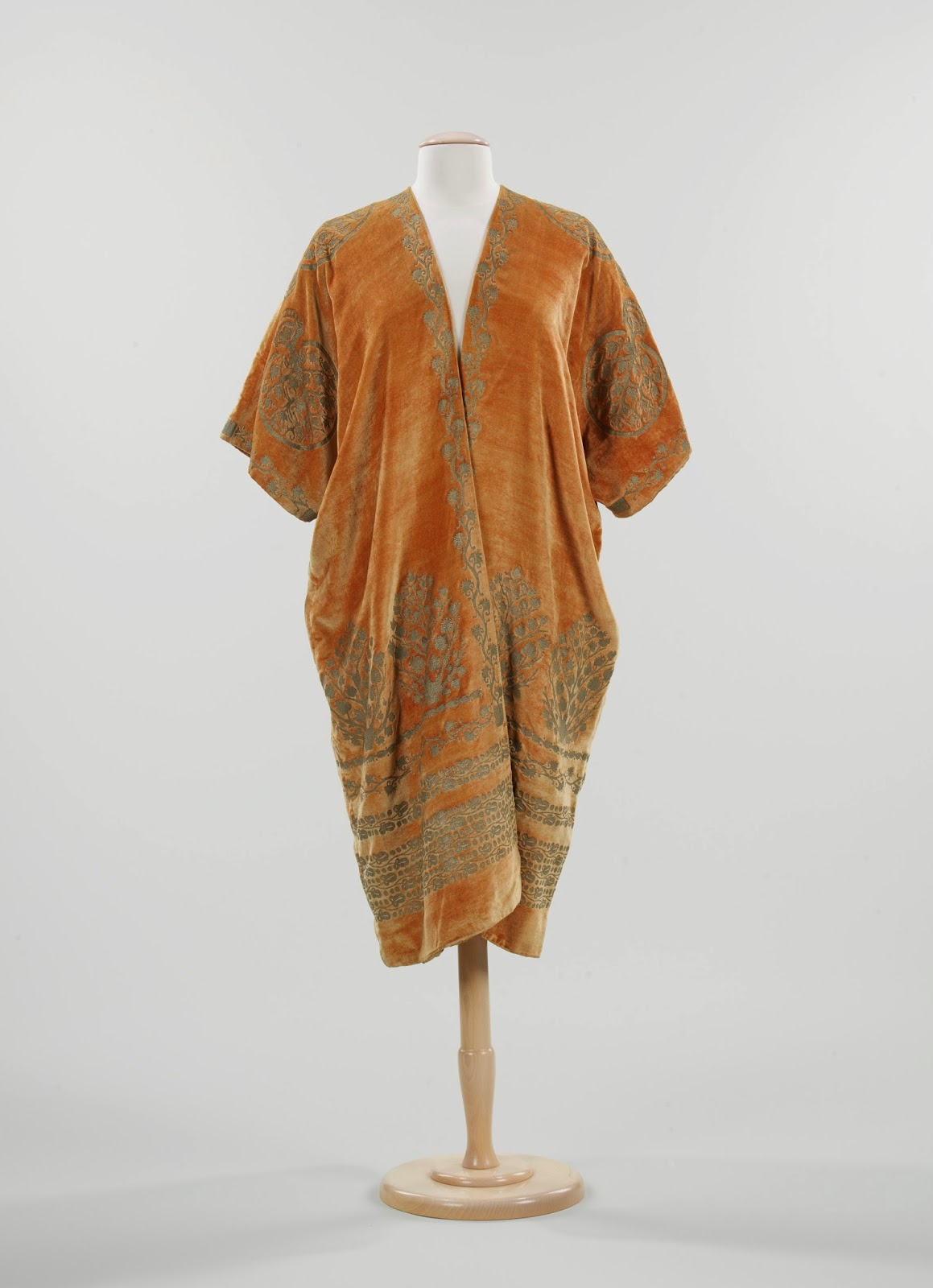 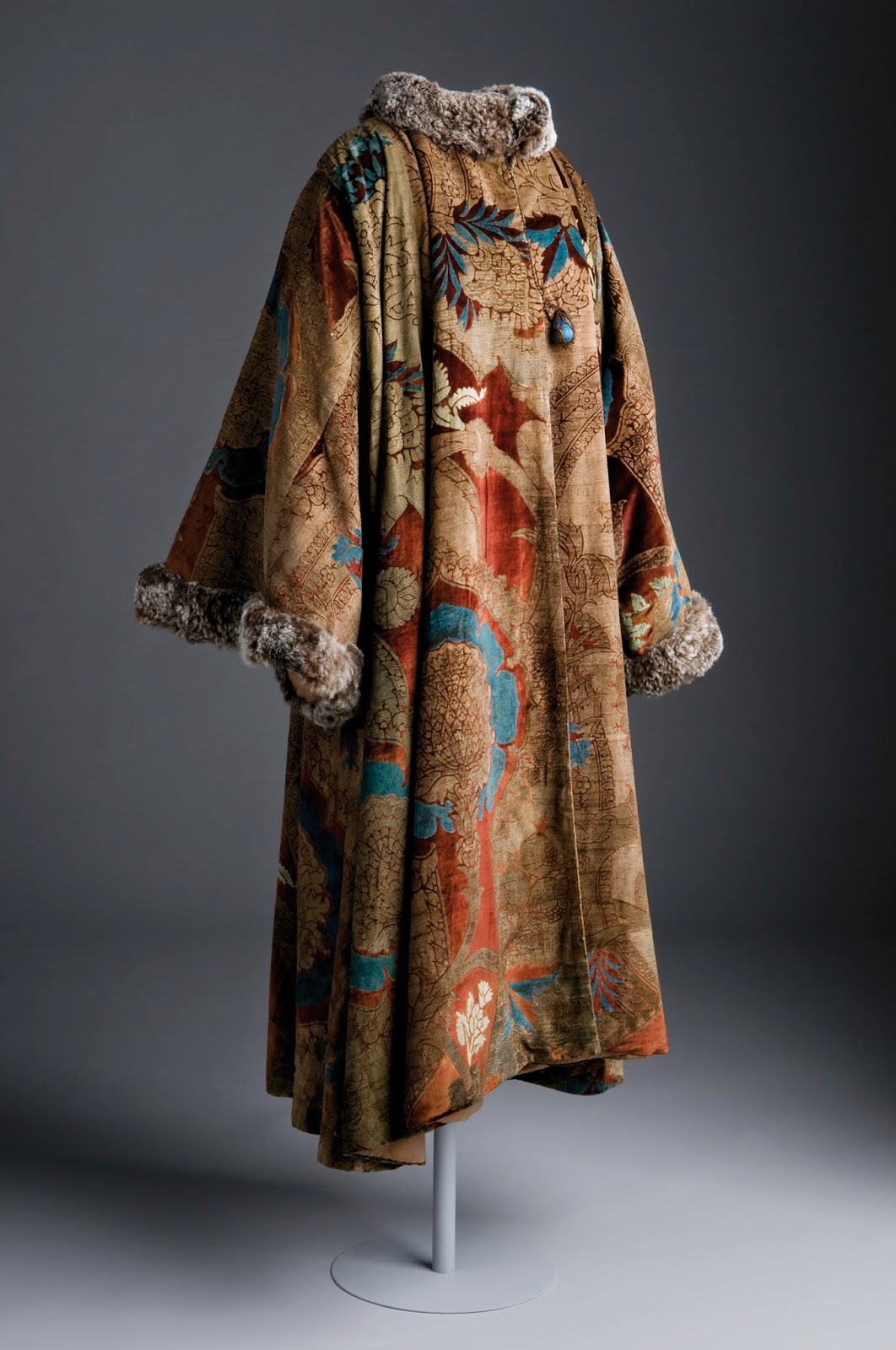 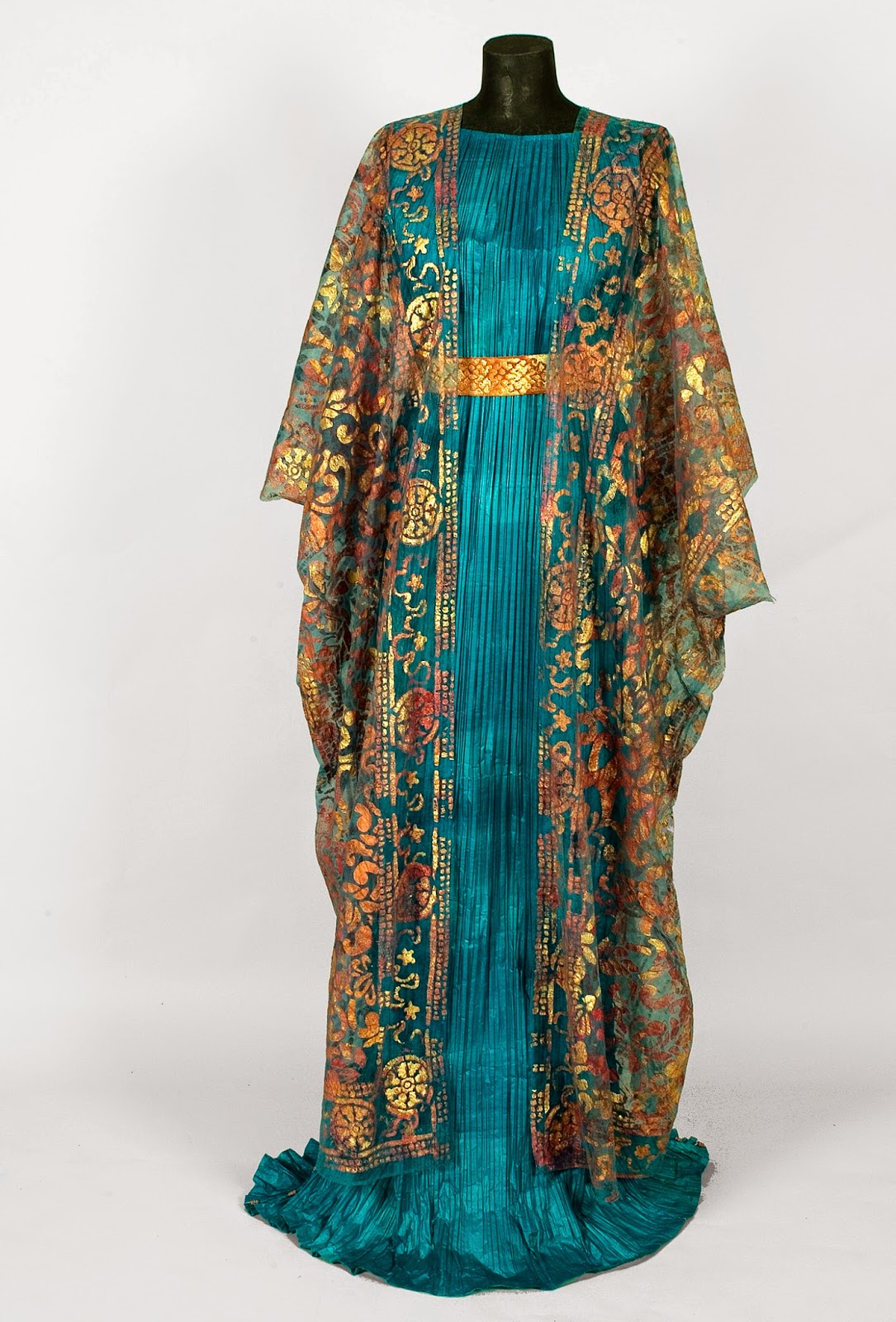