Born in November of 1847, Marie Sophie Frederikke Dagmar of Denmark was destined as an adult to become Empress of Russia. 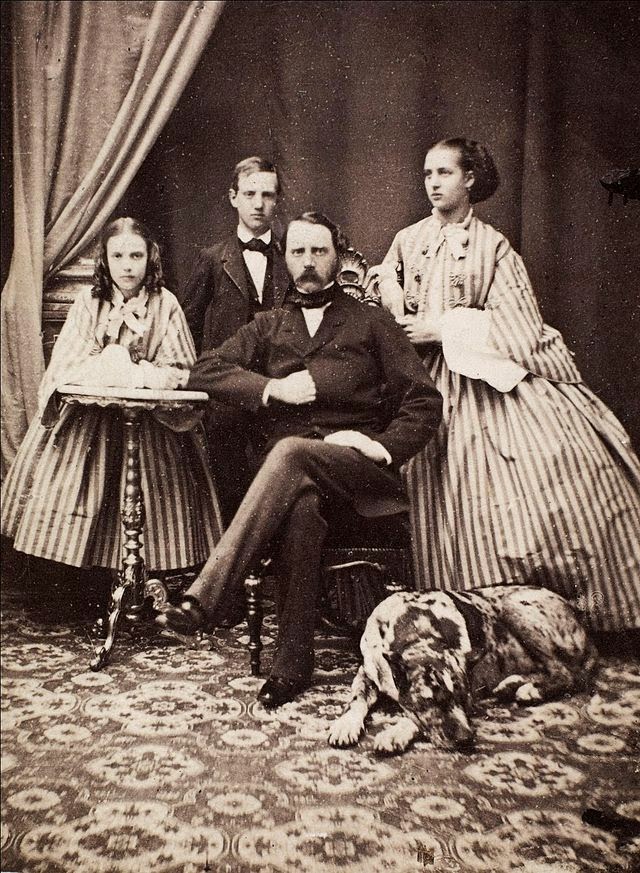 Princess Dagmar on the left, with the brother Vilhelm, sister Alexandra, and father Christian IX

Her name became Maria Feodorovna and she became consort empress to Alexander III, after having been first betrothed to his brother, Nicholas, who died of meningitis not long after their engagement. She eventually outlived her son Nicholas II, finally passing away, in exile,  in 1928. 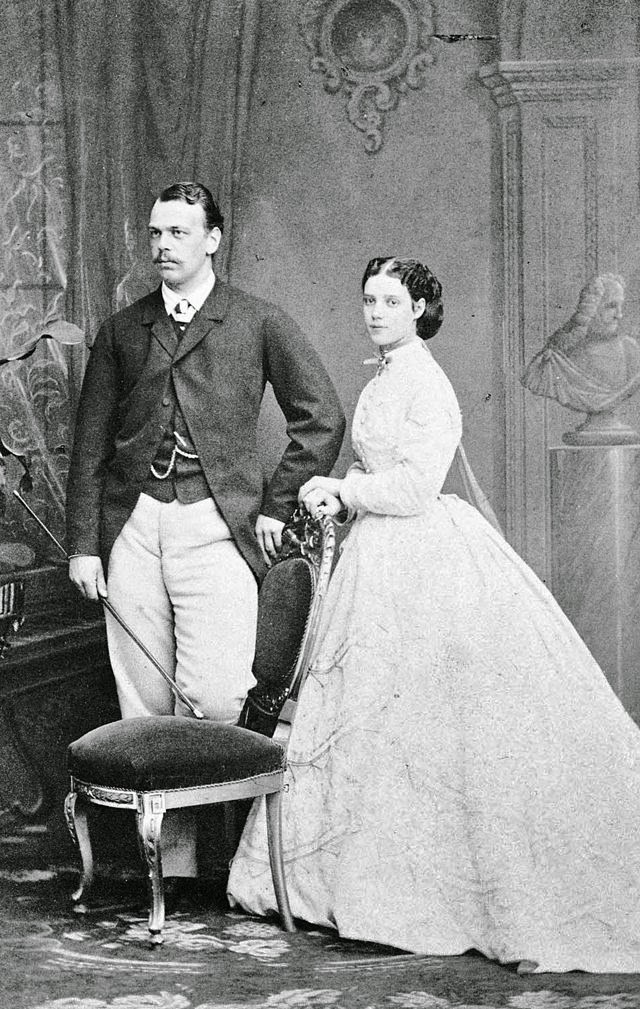 Alexander III with Dagmar
I wanted to take a bit of time here to look at not only her personal style, but the manner in which the Russian court was different from, and far more lavish than any other royal environment in the Western world.
Just like any other member of the Russian court, Maria Feodorovna had her uniforms to wear.  This is one of them. 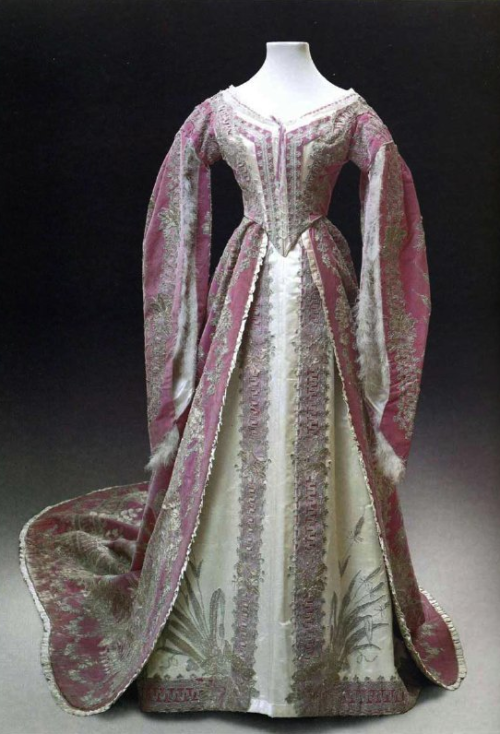 As dress of this sort, would have been worn for formal state occasions where the hierarchy of place would have been strictly adhered to.  As the highest female figure in court her dress train would have been longer than anyone else's, the regulation hanging sleeves could be loner as well, and she would have been accorded far more latitude with regard to the amount and type of decoration on her dress. 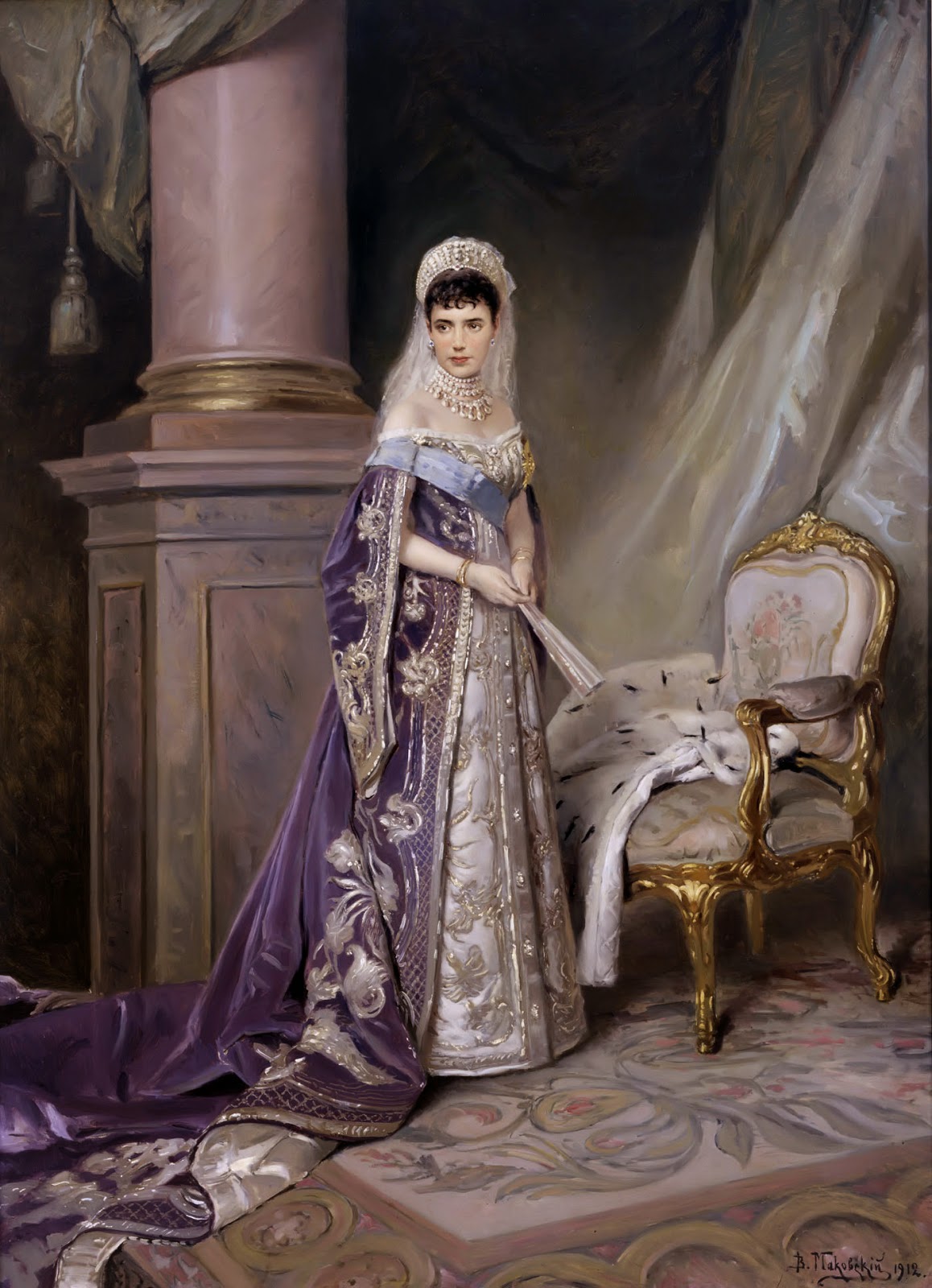 During other times, when not in attendance on official functions the Empress would be free to dress in whatever manner she chose.  But even here, the tendency towards large scale display and a more extremely lavish level of decoration is in evidence. 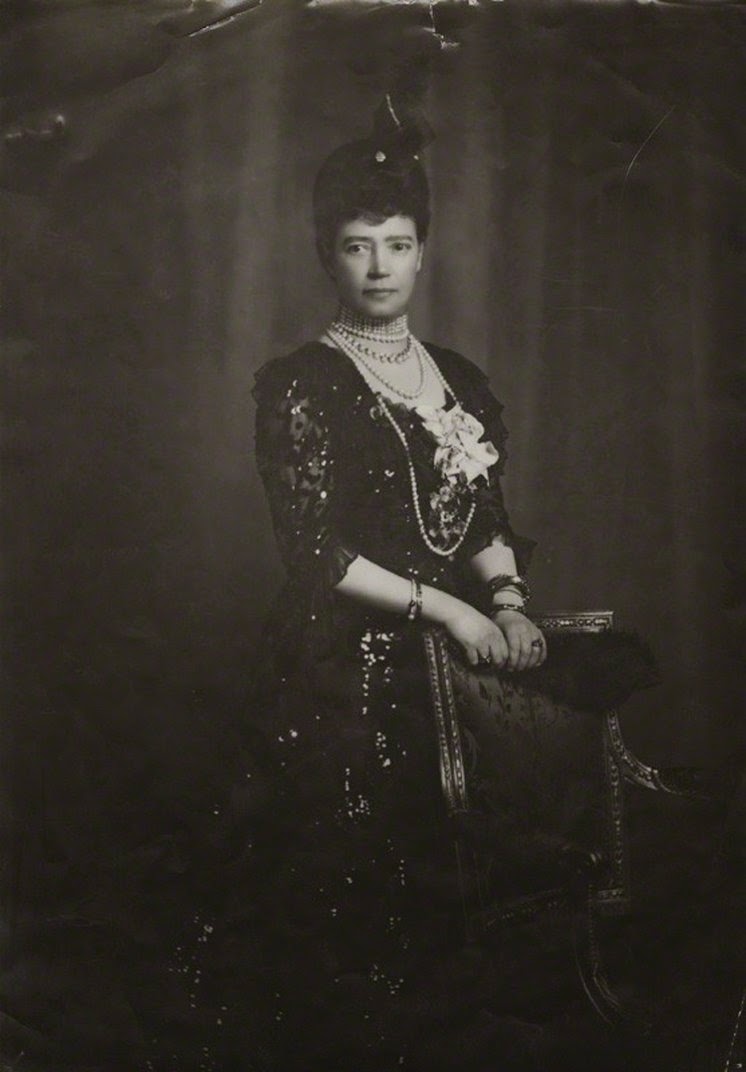 Of the garments belonging to Maria Feodorovna that still exist, none is more wildly, outrageously extravagant than this remarkable evening dress from the 1880s.  Made up in off white silk satin damask, the dress conforms in shape to a European dinner dress of the cuirass style.  And owing to the very large scale of the textile, it is quite likely the product of Worth's house.  Worth routinely used a fabric like this one, with large repeating ovals in the pattern.  The dress is laden with literally tens of thousands of pearls in varying sizes that have been embroidered in patterns , and also used as looping swags, and fringes.  As if that weren't enough glamor, the dress is also has white ostrich plumes attached in the upper rear of one side of the skirt.  The decoration as a whole is largely asymmetrical, which only adds to the drama of it. 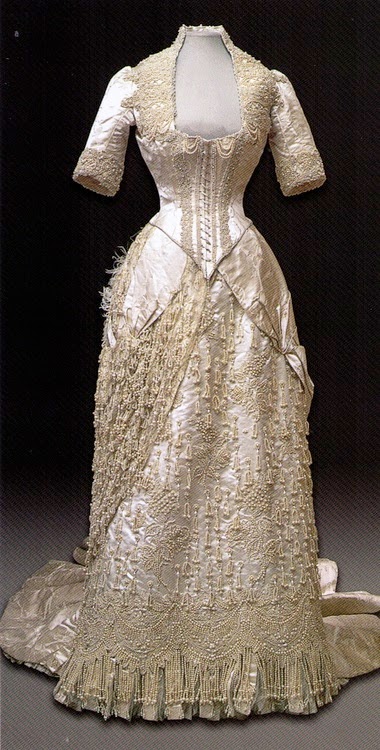 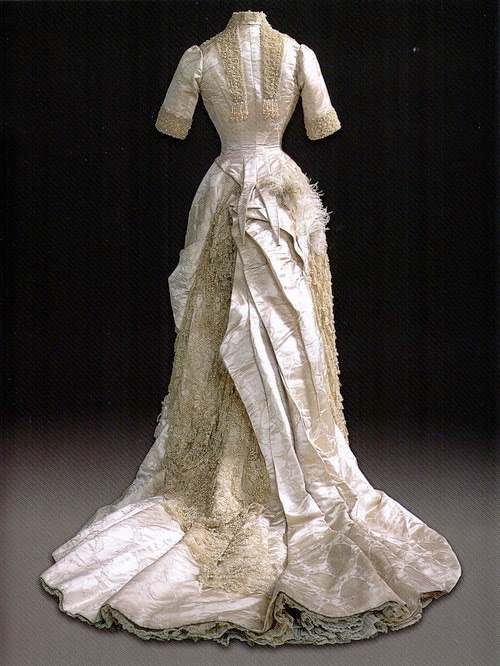 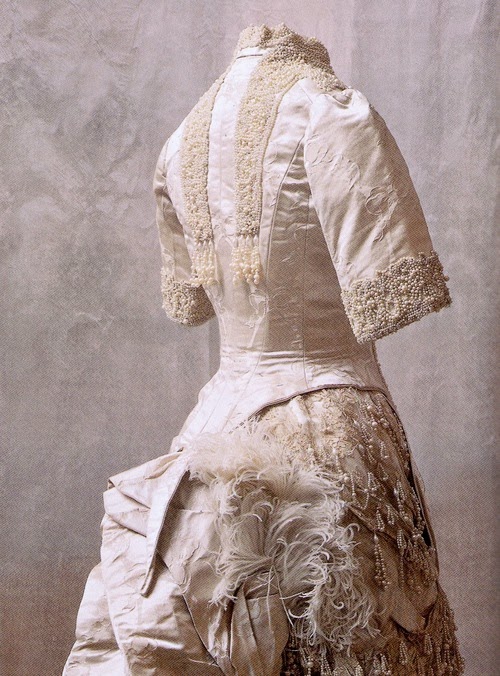 And the survival of such garments as these also stands as a strong physical example of why things changed in Russia so dramatically, and in such a bloody way.
Posted by Paul G. Ellis at 6:37 AM