And, What Of The Children?

I haven't brought children's clothing into the conversation much at all so far.  The primary reason is that, till recently, children have had no say in what they wore, so their conversational involvement in the Attire language was dictated to them, not statements made on their own.
But, due to the kind effort of one of my posters, I've been made aware of the Fenimore Museum in Cooperstown, New York, and their wonderful, if as yet, mostly unchronicled collection of clothing from the 19th century in North Eastern America.  Many, many thanks to her for bringing this remarkable resource to my attention, especially since it has so many wonderful children's clothes.
It made me really look at, since so many of the things in their collection were children's clothing, how we have changed, substantively, in how we think about childhood, and the level of reverence we give to our own progeny.  These two detail images below are representative of the care and consideration commonly given to the clothing of children. 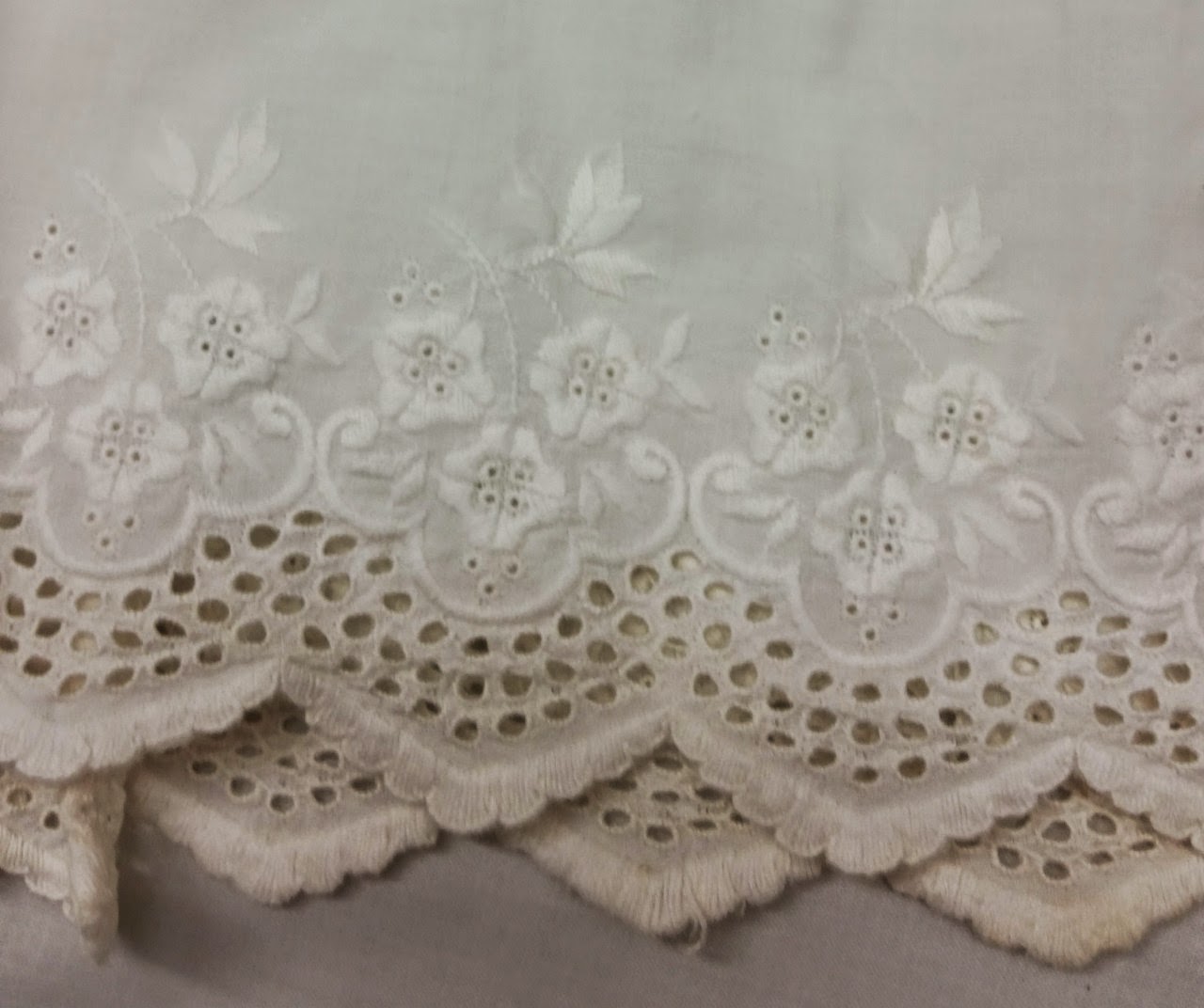 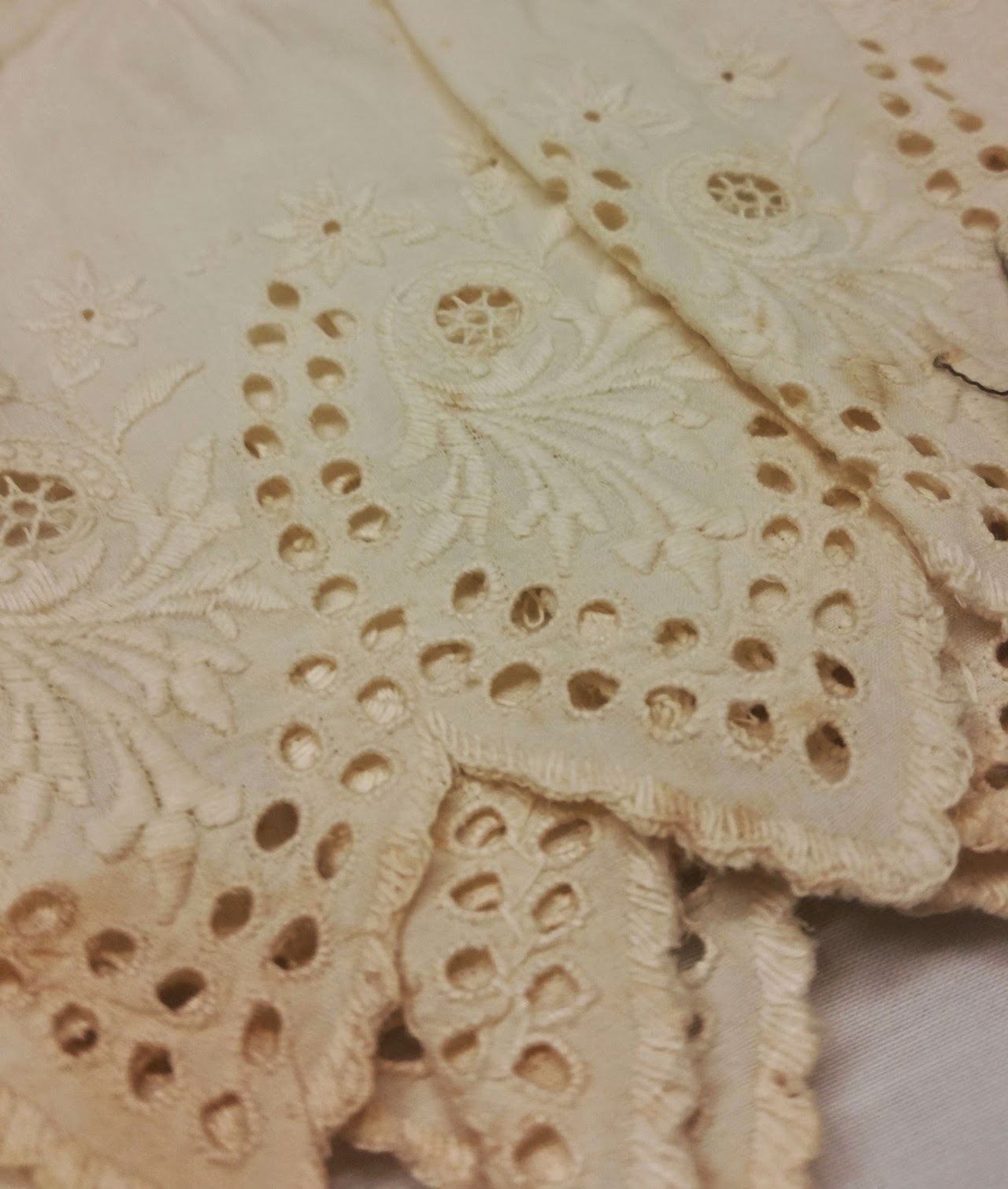 You see, before the 20th century, and to be honest well into it, before the ready availability of inoculations for all sorts of childhood onset diseases, children died. They died suddenly, awfully, and without any recourse.  In the 20th century, with the increased use of antibiotics, and the widespread use of vaccination, childhood death became a rarity, where before it had touched most families at some time. 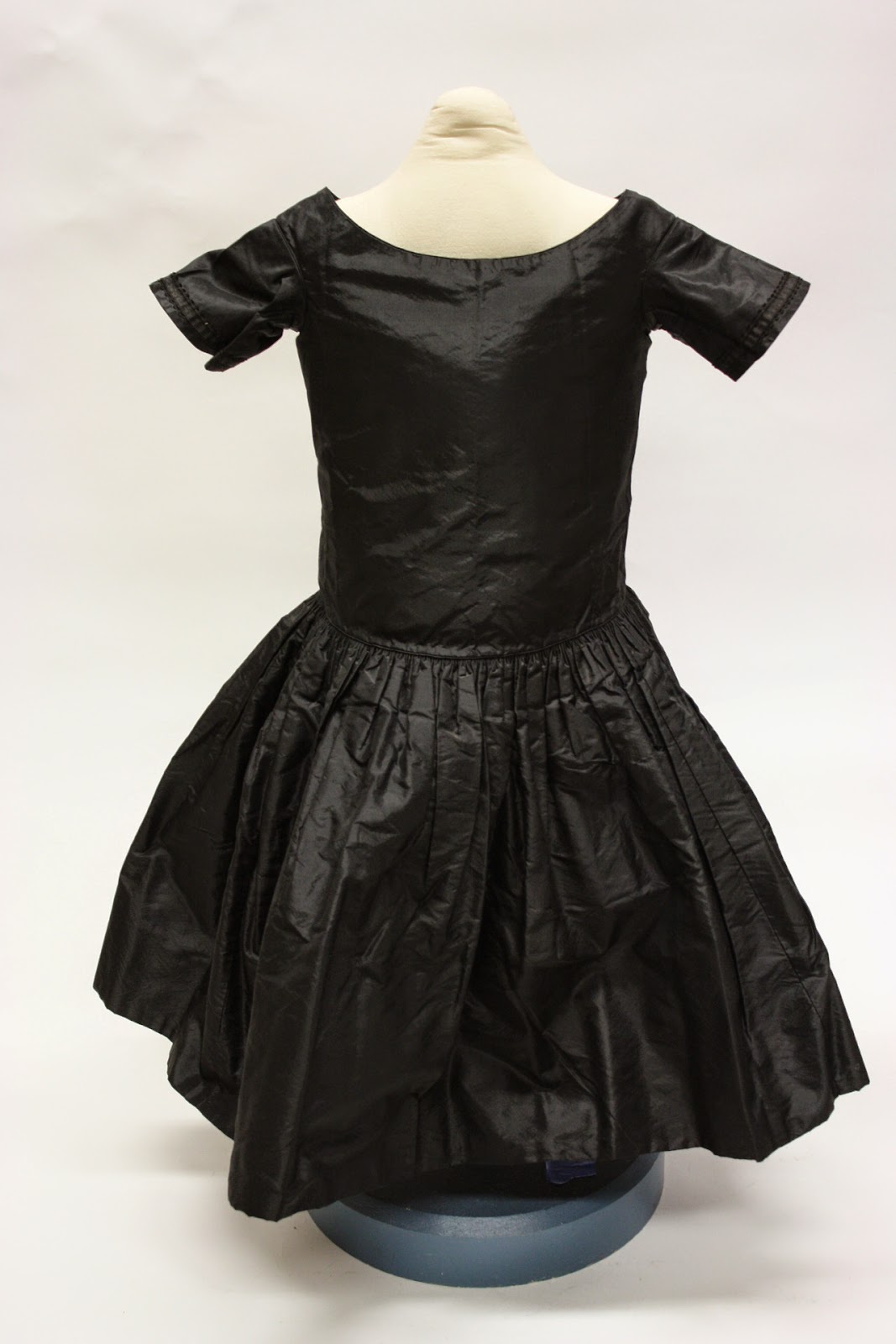 Child's silk mourning dress ca1855
But what does this mean in terms of the Attire language, and how it expresses our feelings about childhood and children?
First of all, we have been able to relax for two reasons. One is that children needn't, for the most part, ready themselves for work at a tender age, as they used to.  In the 19th century a boy was probably apprenticed somewhere by the time he was 10, or 12.  And girls might already be doing needle work, or scrubbing at 8, or 9.  Now, we think its quite normal for children to be without employment till much much later. 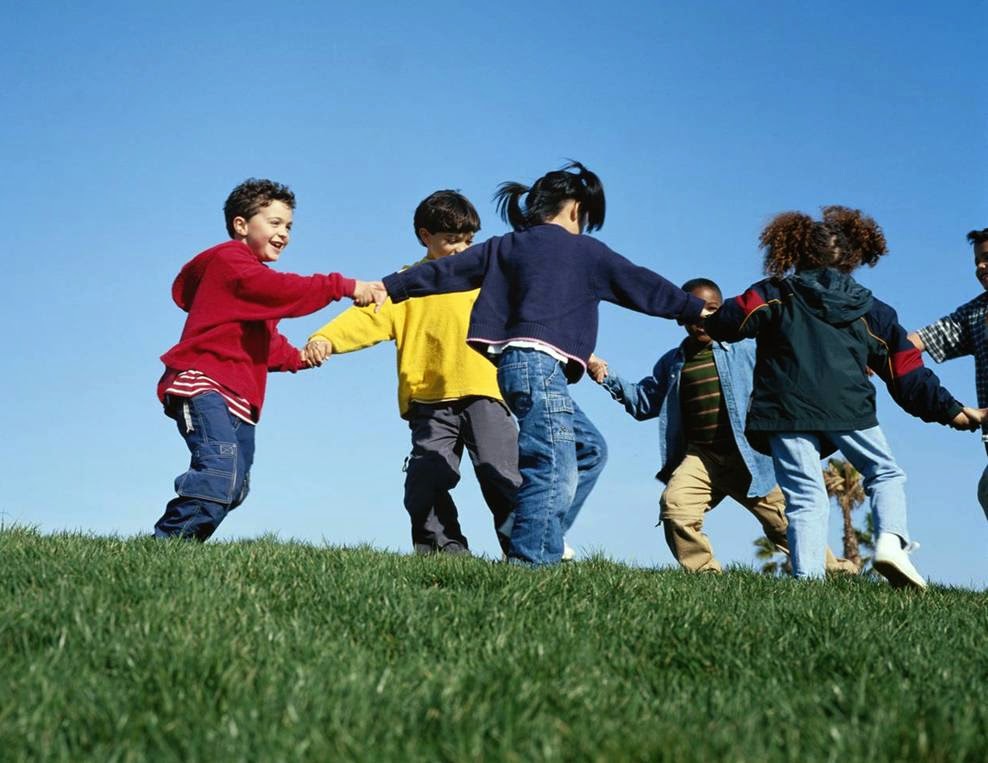 The other reason is the one I referred to first. We don't, typically, worry about our children suddenly dying any more.  And THAT, more than anything else, has changed how we both feel, and look, at our own young.
When it was a grim fact that children died, often and suddenly, we dealt with them, and reverenced them in a way we do not now.  Now, please understand, I don't mean to imply that parents love their children less, or that they have no care for their welfare. Of course they do.  But the way it manifests in their apparel is significantly altered by this change in status. 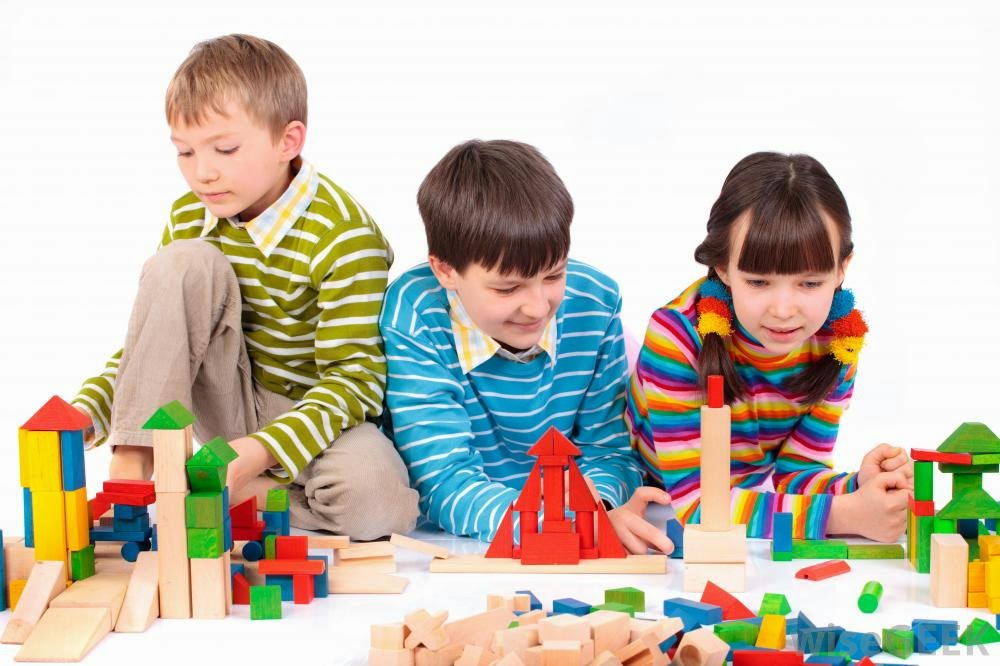 Unlike now, when we tog our children out in bright colored, easy to care for knits and twills, and view them as having their own lives and concerns, separate from the adult world,  in times past children were viewed as miniature adults, and were expected to be able to socialize with adults readily at an early age. So, as a result, the clothing of those children reflected that status, and mindset. 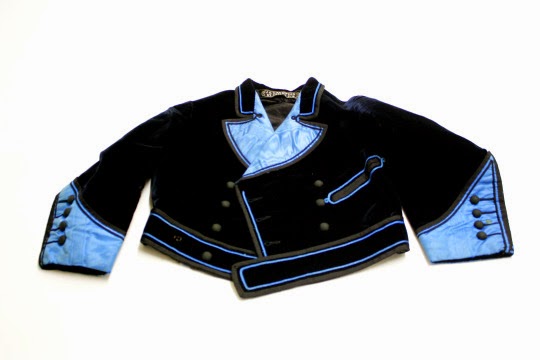 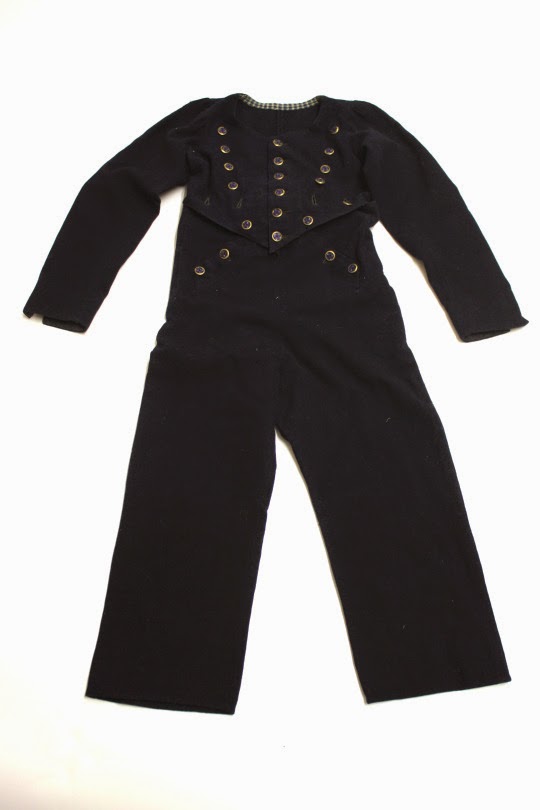 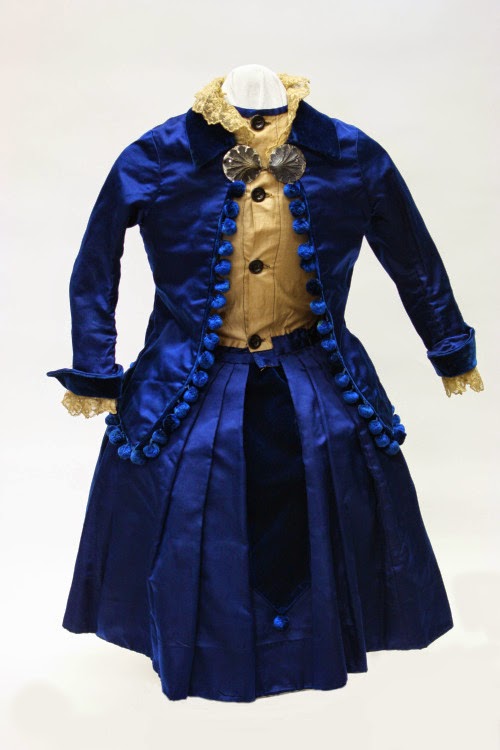 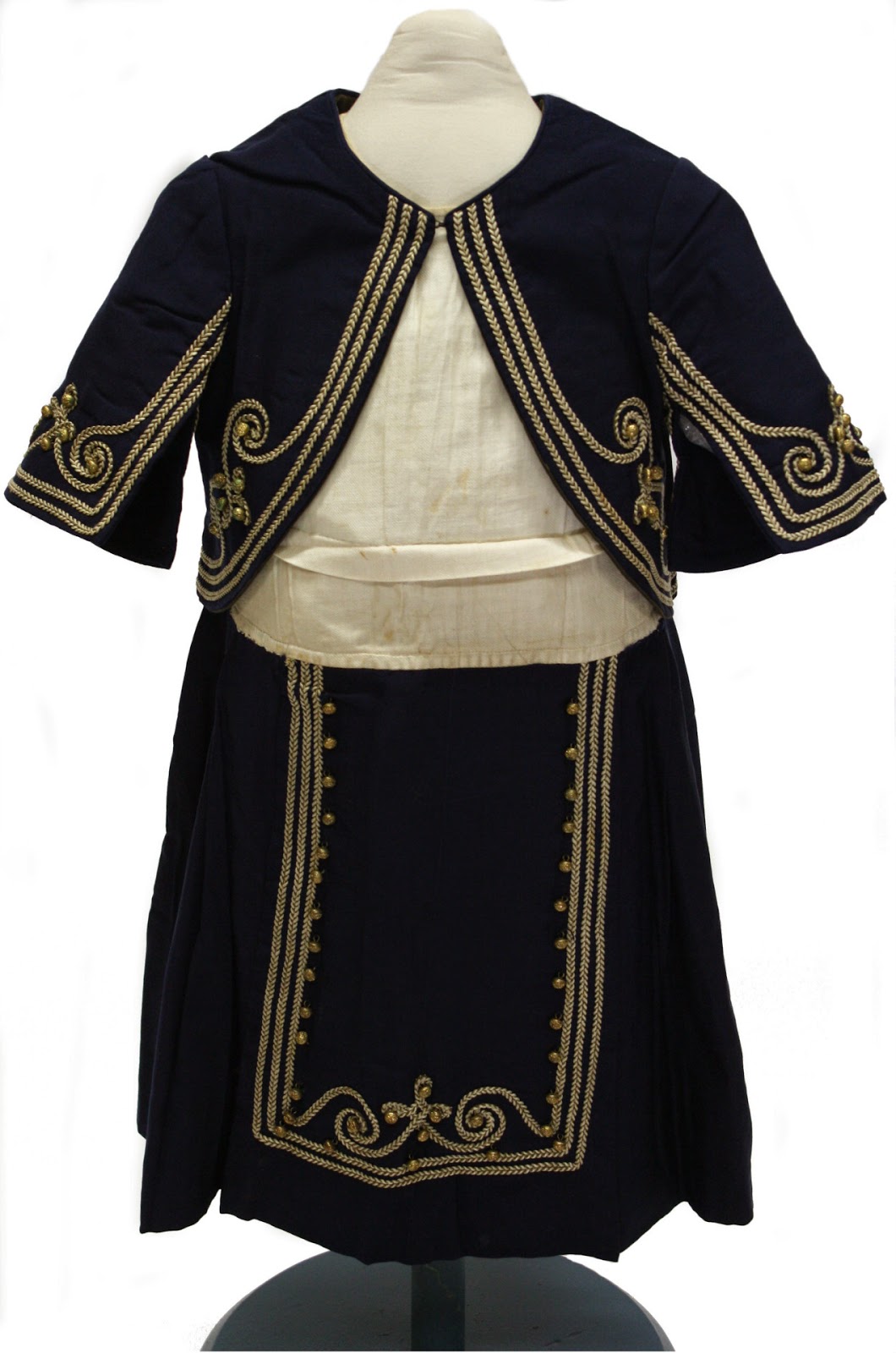 The children's apparel was more formal, restrictive, and less playful, than now.  It was a visual
representation of the fact that children had no say in their apparel, that the expectation was that they would behave with a gravity we no longer require, and that the range of play permitted them was in some ways narrower.