Designer Rudi Gernreich was a champion of the all over look that I talked about in yesterday's post.  He did a great many variations on that theme; sometimes solidly colored, but far more often repeating the same pattern and textile, literally head to toe. 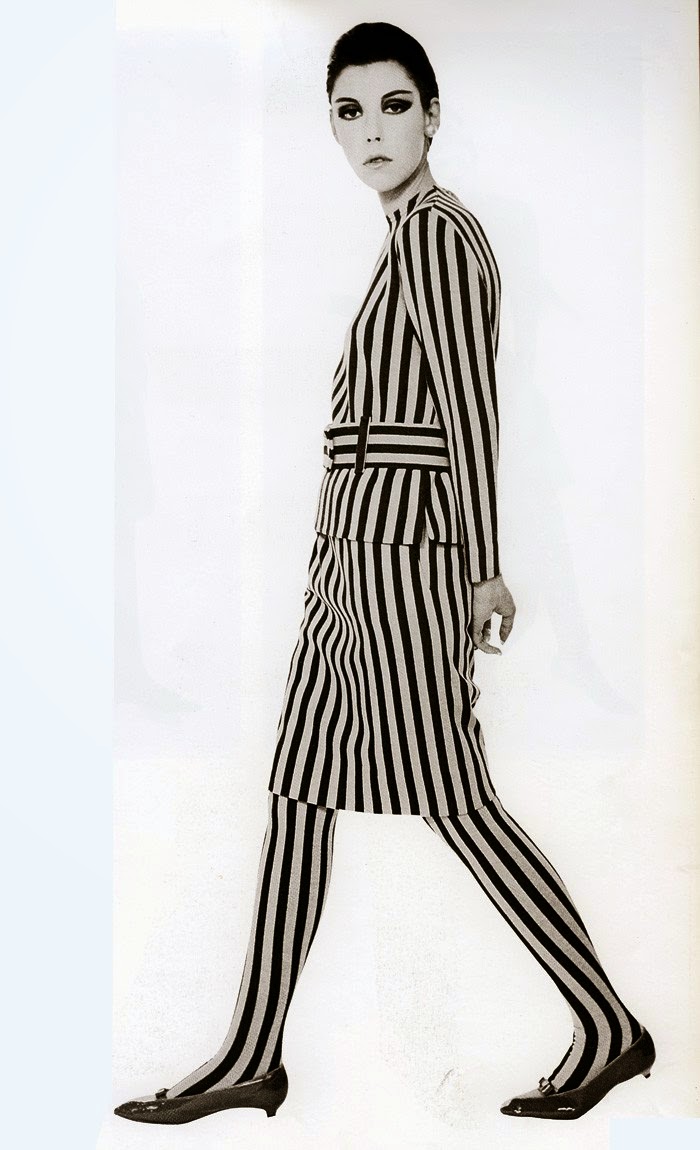 The ensemble I'm presenting here, thanks to the inestimable Metropolitan Museum of New York, is composed of a hat, tunic dress, short shorts, stockings, hand bag/backpack, and shoes.  Of all these elements, only the shoes are not made up in Gingham checked tweed. 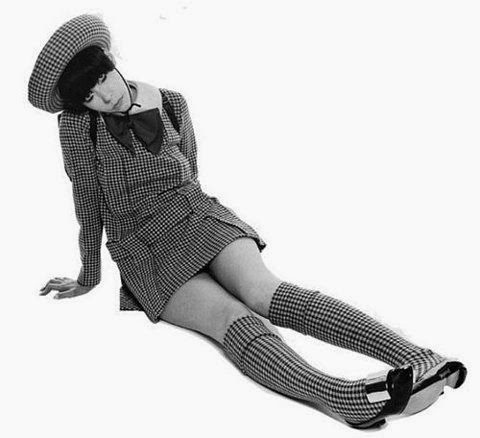 The fact that the style of the tunic has a decidedly childish feel with its Peter Pan collar and red bow, is strongly supported by the continuance of the pattern almost to the floor.  That same sensibility of grown up childishness was prevalent throughout most of the 60s, and manifested itself not only in clothing but in the hair and make up styles, that created a doll-like, super youthful appearance. 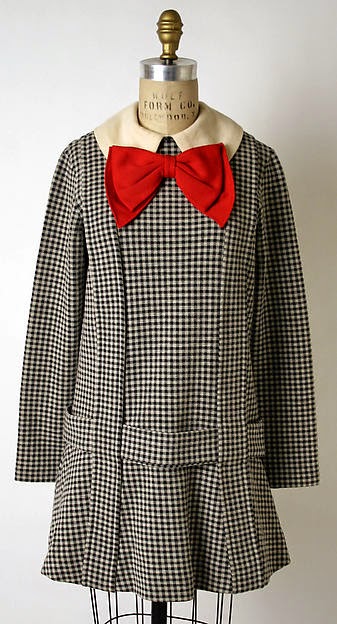 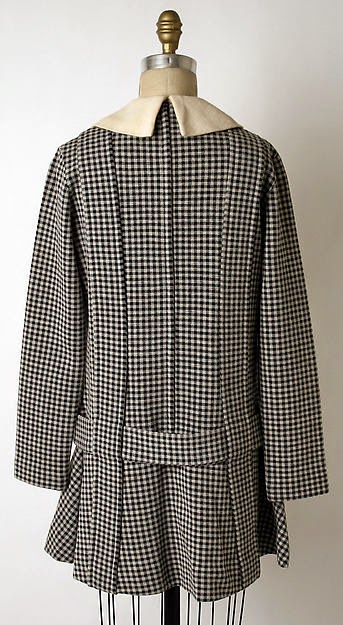 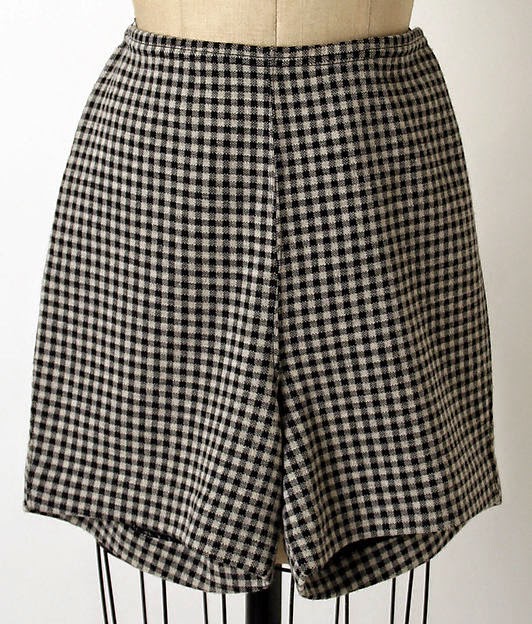 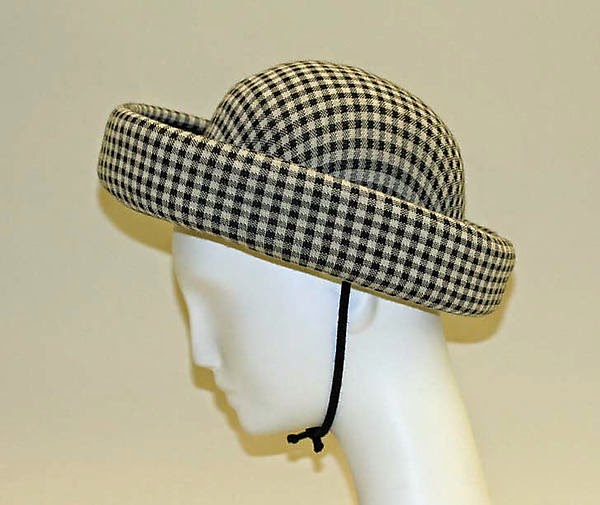 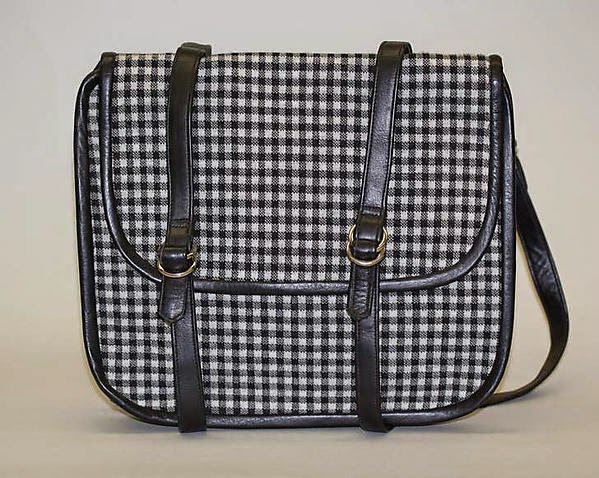 The ensemble, from his Fall 1967 collection was one of several iterations along this theme, and I've included here below the black wool version, with longer shorts, that he called Japanese Schoolboy. 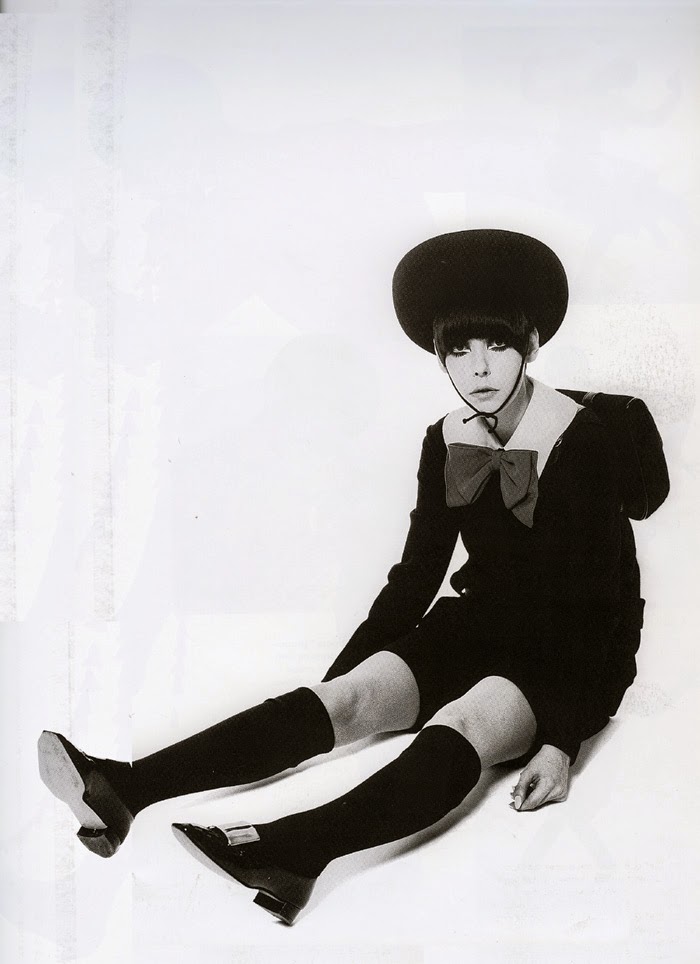 As a manner of dressing, this is such a theatrical, and artificial look, that it would be difficult to pull off successfully, without looking rather silly.  But I love it all the same for its cheeky playfulness.