It must be said that I am anything but an athlete.  There, that's out of the way. Nor am I a female person. It does make me scratch my head, though, that anyone in the fashion, and apparel industries, especially operating at the world spanning level that Nike does, could have so spectacularly misunderstood what would appeal to women who are athletic. 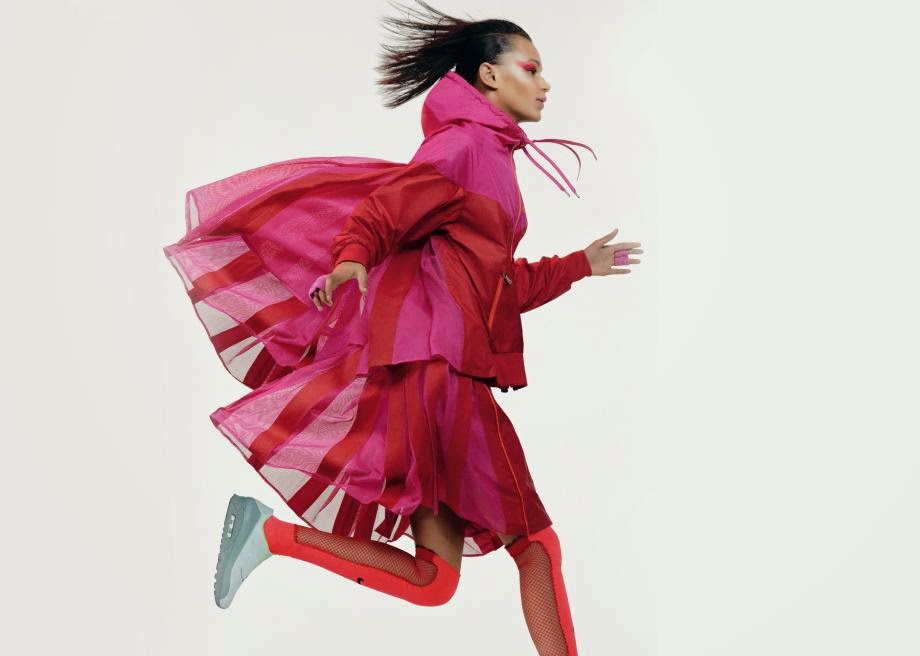 Nike Lab, in cooperation with the Japanese design firm Sacai developed a line of frankly flirty, overtly feminized sportswear for women.  Why such a company, which has been showing powerful, fit women doing all manner of things, would suppose that those same women might want to go running, or rock climbing, wearing garments like these is mystifying.  In fact, I cannot imagine any person who wished to be physically active, wanting all sorts of extra stuff flapping about them while they do it.
Okay, rant over.
Now lets get to the real point.
As much as we like to rely on designers to give us what we need and want, sometimes they fail.  Sometimes, as here, they utterly mis-read both their potential clients, and the times.  This happens, primarily because things shift about so fast in the mass unconscious that its hard to be accurate with regard to what people are going to need in 6 months. 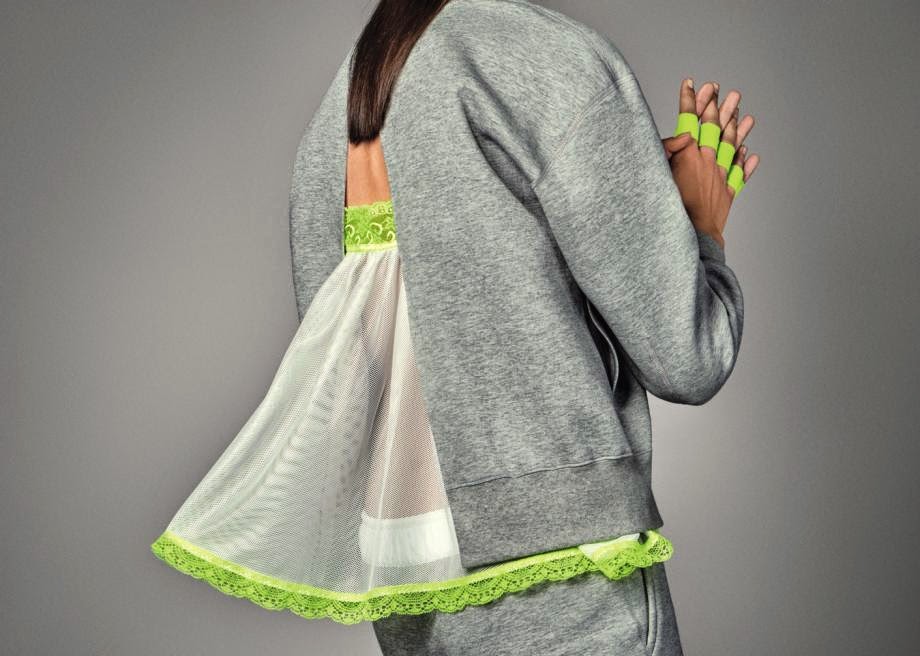 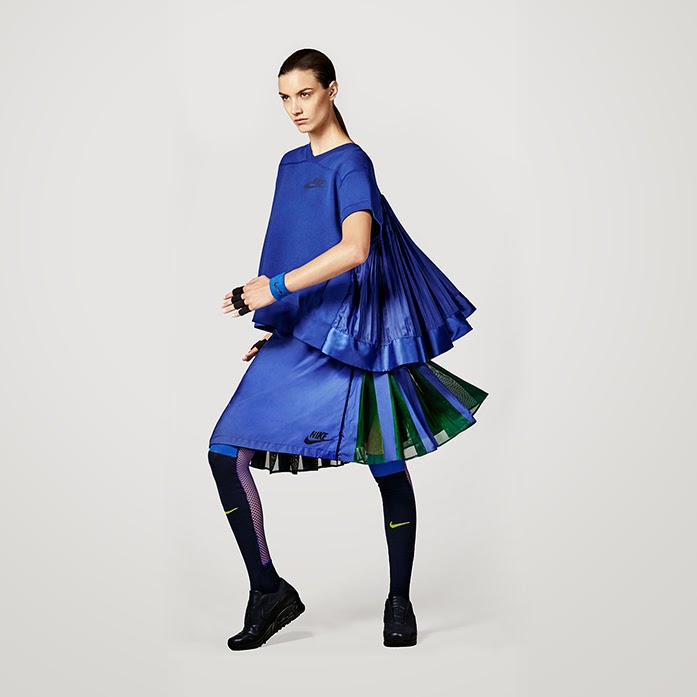 Even with the technologies we have to hand, full scale production of a line like this will take months to get to stores from the design stage.  First there is the back and forth of design ideas. Then prototypes being constructed, and shipped to the design offices from wherever they were made.  Then materials have to be assembled, and disseminated to the factories where production will finally happen, then shipping of all these goods to stores world wide.  It takes time, and sometimes, since huge amounts of money have been spent, they reach a point where, even if they realize that its a bad idea, they've invested too much not to go forward.  So with grim, and professional smiles, they tout what they know is not going to work.

To my mind, its a great reason to keep production smaller, and more local.  There is far less likelihood of this sort of colossal misfire occurring.
Now as we keep chugging along in the 21st century, and the borders between cultures, and sexualities blur even more than they have already, keeping up with what is going on inside the collective brain pan is going to bet harder; lots harder.  So instead of trying to predict what millions of people will want, it makes more sense to keep the focus on smaller groups, who are easier to understand, and provide for.
It may just be the first glimmerings of a turning point for Attire, away from mass marketed goods, to apparel that is more gauged towards place, need, and local society.   I am reminded of the whoops moment that occurred when Bloomingdales decided to open in San Francisco.  They didn't bother one little bit to take the meter of the people here.  They simply brought what they sold in New York to the West coast.  It didn't work very well.  There was a pretty furious backing and filling action that happened, as lines disappeared and others replaced them.  Its not that San Franciscans are less stylish, or less aware of trend, but rather that the baseline style is different from that of New York.
For example, it doesn't snow here, ever.  And the temperatures never drop below freezing. So clothing suitable for deep winter is really not going to move.  And summers here rarely get above 75 degrees, so gauzy, floaty skirts are going to stay on the racks.
Ultimately, its about paying attention.  Those of us wearing the clothes need to pay attention to what we are communicating, and what we are seeing communicated.  And the industry must know how to supply the words we want to use, to do just that.
Posted by Paul G. Ellis at 7:54 AM