After taking a few days away from this to re-charge the creative batteries, I'm back, and ready to bring it to you again.
In the interim, I came across this lady. 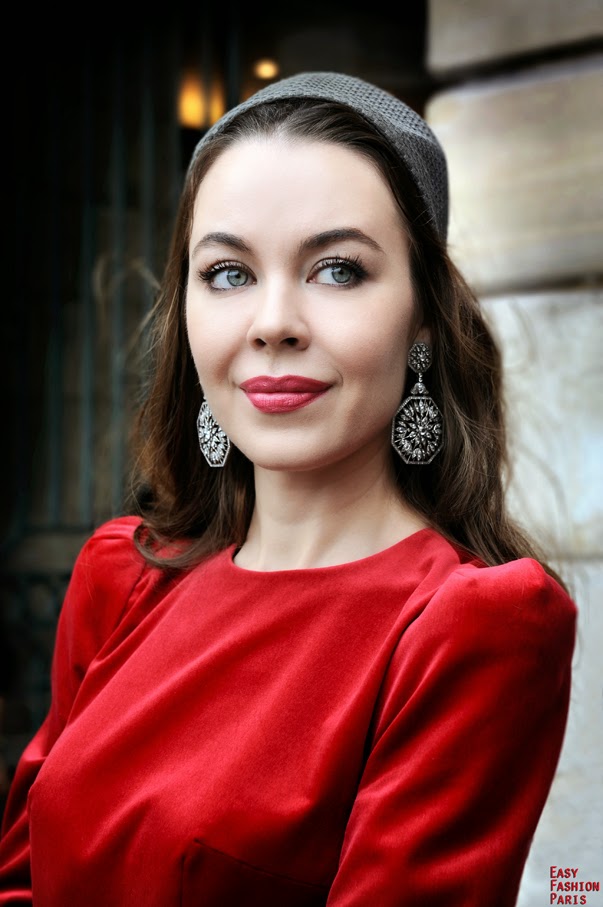 Ulyana Sergeenko, is a Russian designer, fairly new to the game, who has taken her own personal aesthetic, and brought it to the runway.  Though critics have claimed that there is less skill present than brio, in her work, its in her own unique street style, that she really shines. So for the first time, I'm going to concentrate on the style of one person as an example of what can all achieve if we wish to. 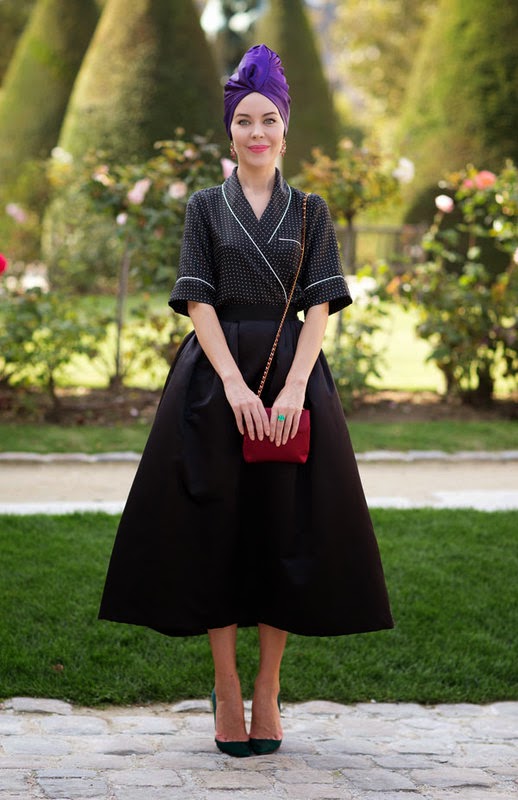 I have long said that getting to a place where you have a cleanly defined sartorial voice, is a huge help to you.  It not only allows others to get a clearer idea of you, but the very confidence that knowing you inhabit yourself fully brings, is of inestimable value.
What struck me instantly, is that Ms. Sergeenko has found the exact kind of sartorial words and phrases to use, to present herself in a way that isn't just visually appealing, but also intriguing, and original.  Now it must be said that this is a woman with substantial financial means, so accessing the wealth of the Attire language's words is easier for her.  But that doesn't mean that we lesser folk can't get to the same end point; that of having our own individual visual statements.  Sure, we may have to find those words at second hand stores.  We might learn to sew, so that we can create what we require. Whatever path we can, or must tread, we can still get to that same place.
Ms Sergeenko takes a bit of her Russian heritage, a good solid dollop of Dior's New Look, and a few deftly chosen, and edgy accessory pieces, to give us a notion of a woman with a deal of complexity to her character.  So take a good look at these images of her in various venues, and you'll soon see that there is a consistent through line of expression, that is the essential thing worth taking on, ourselves. 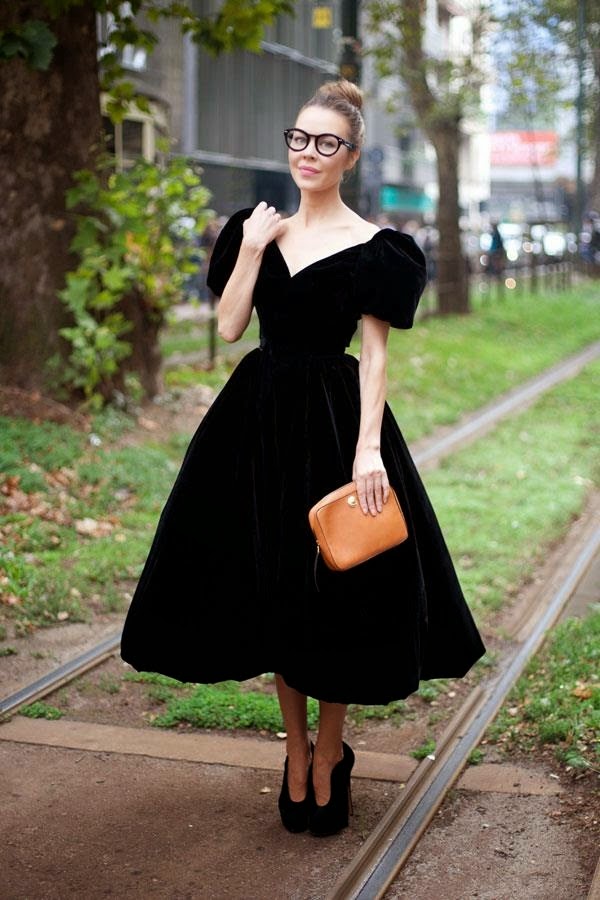 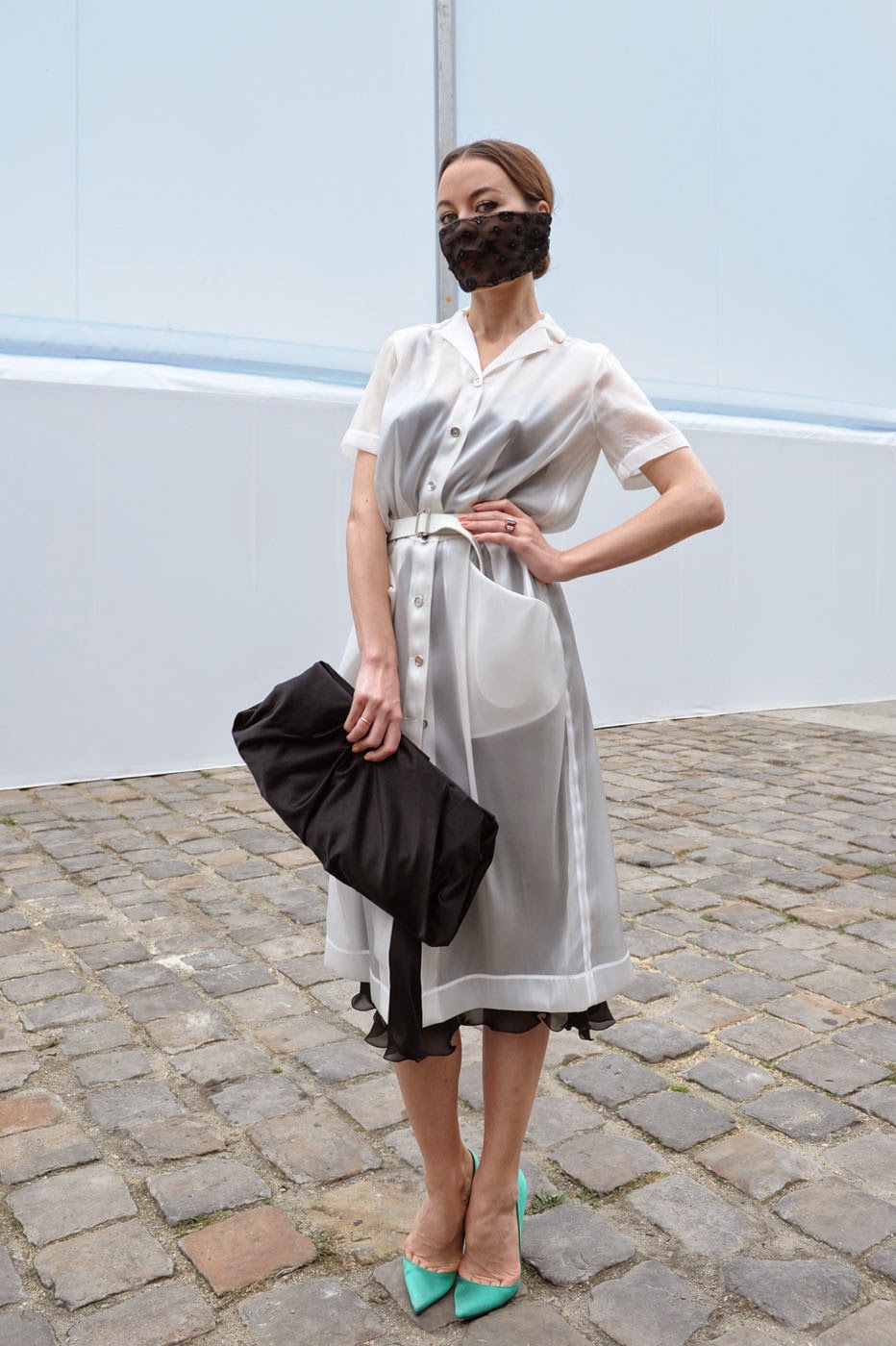 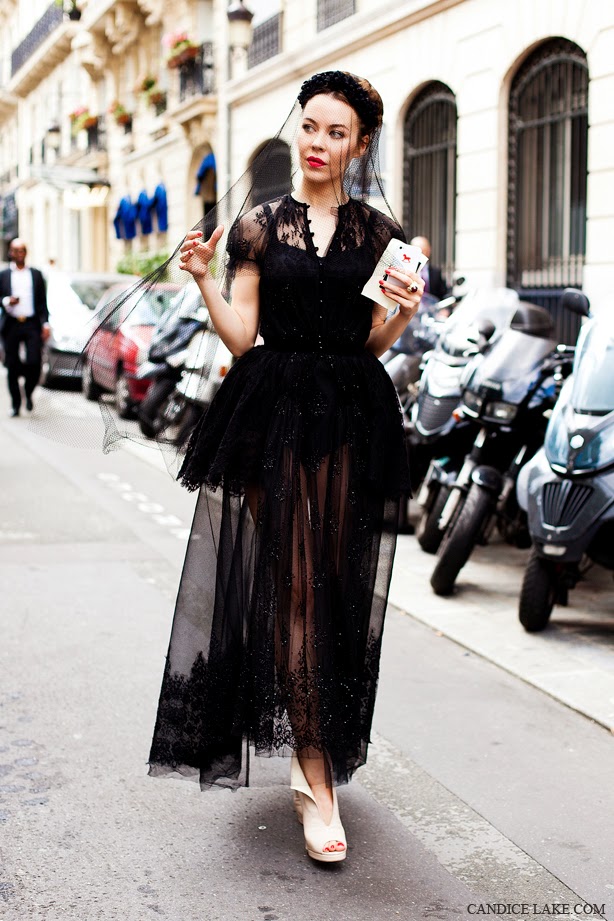 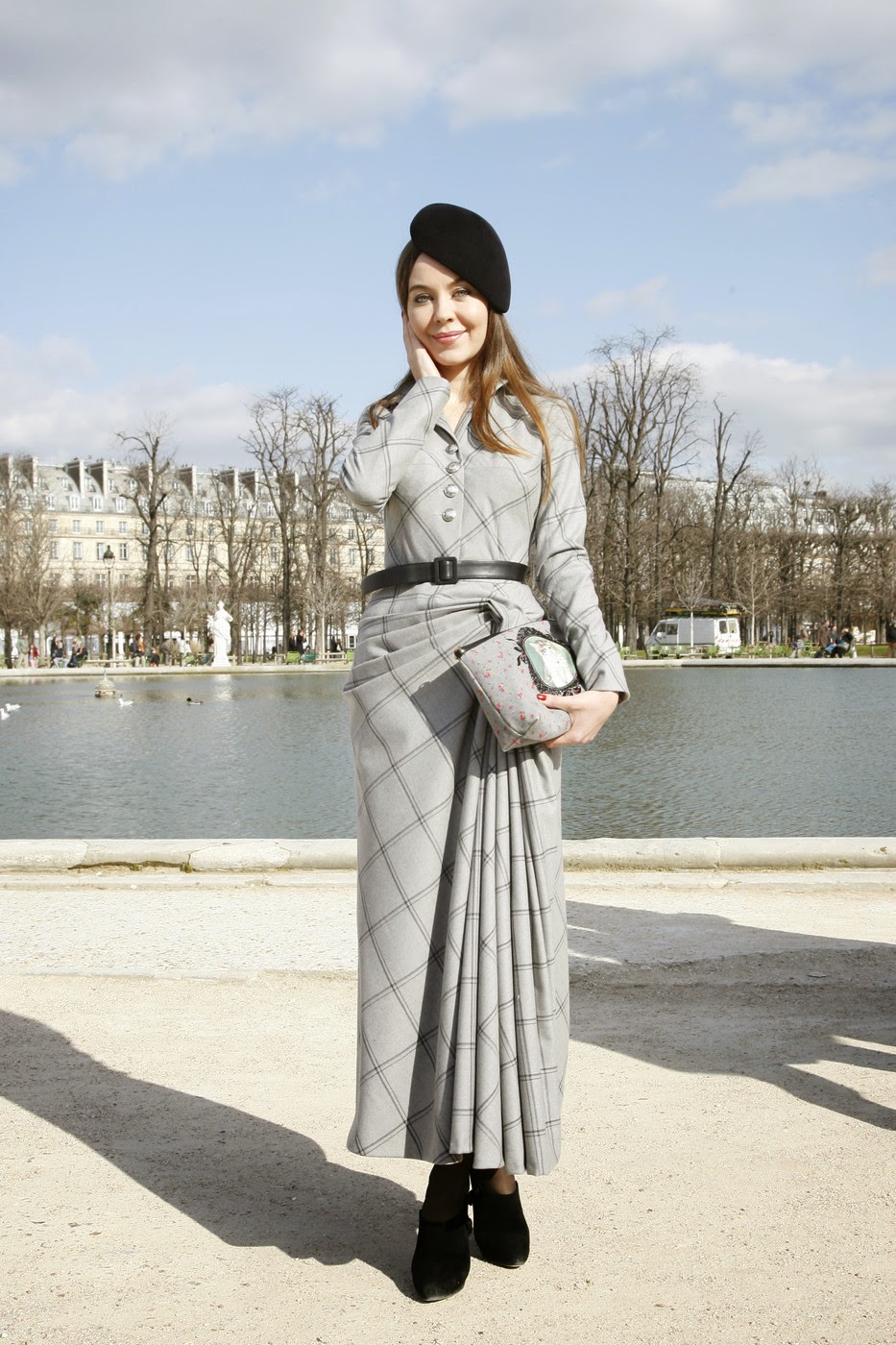 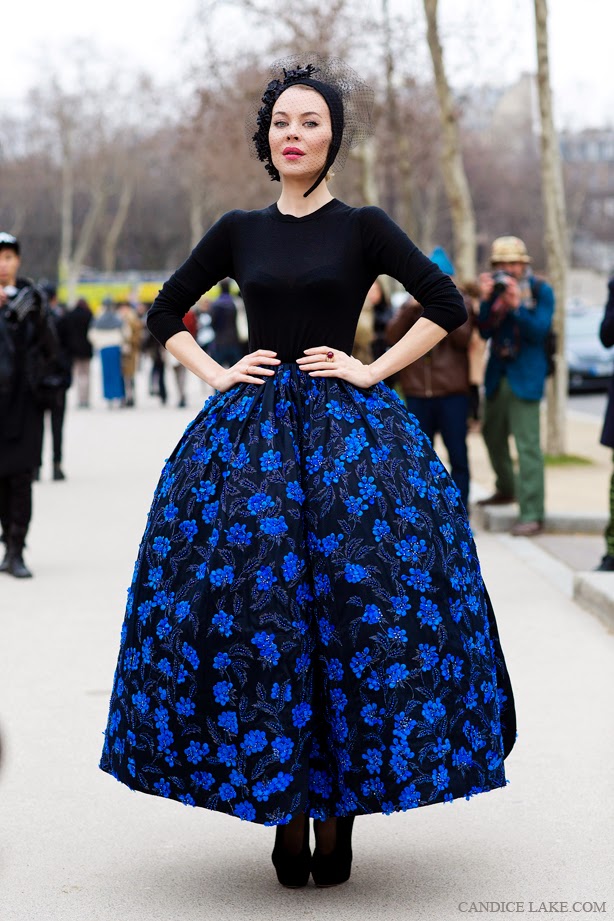 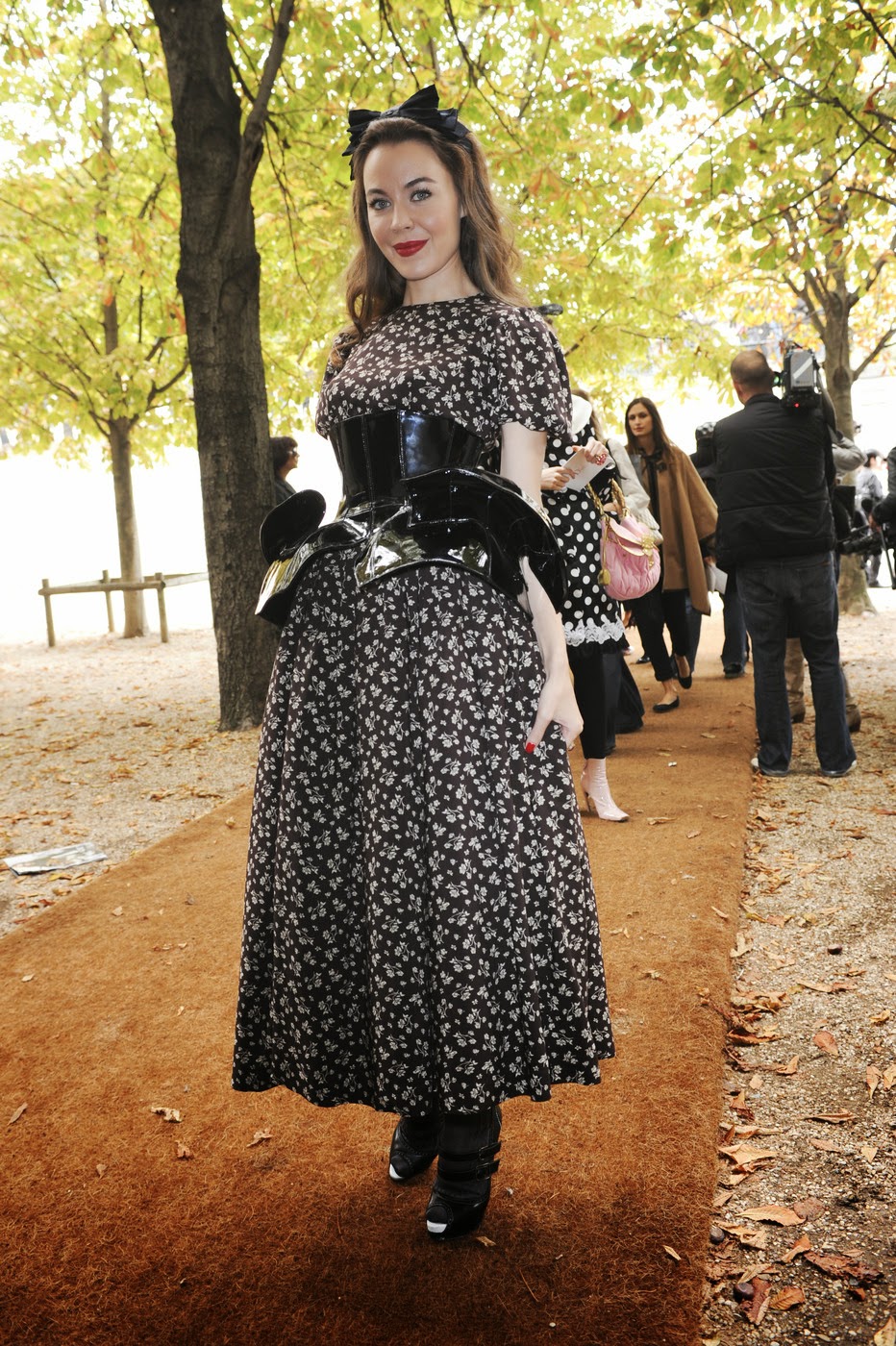 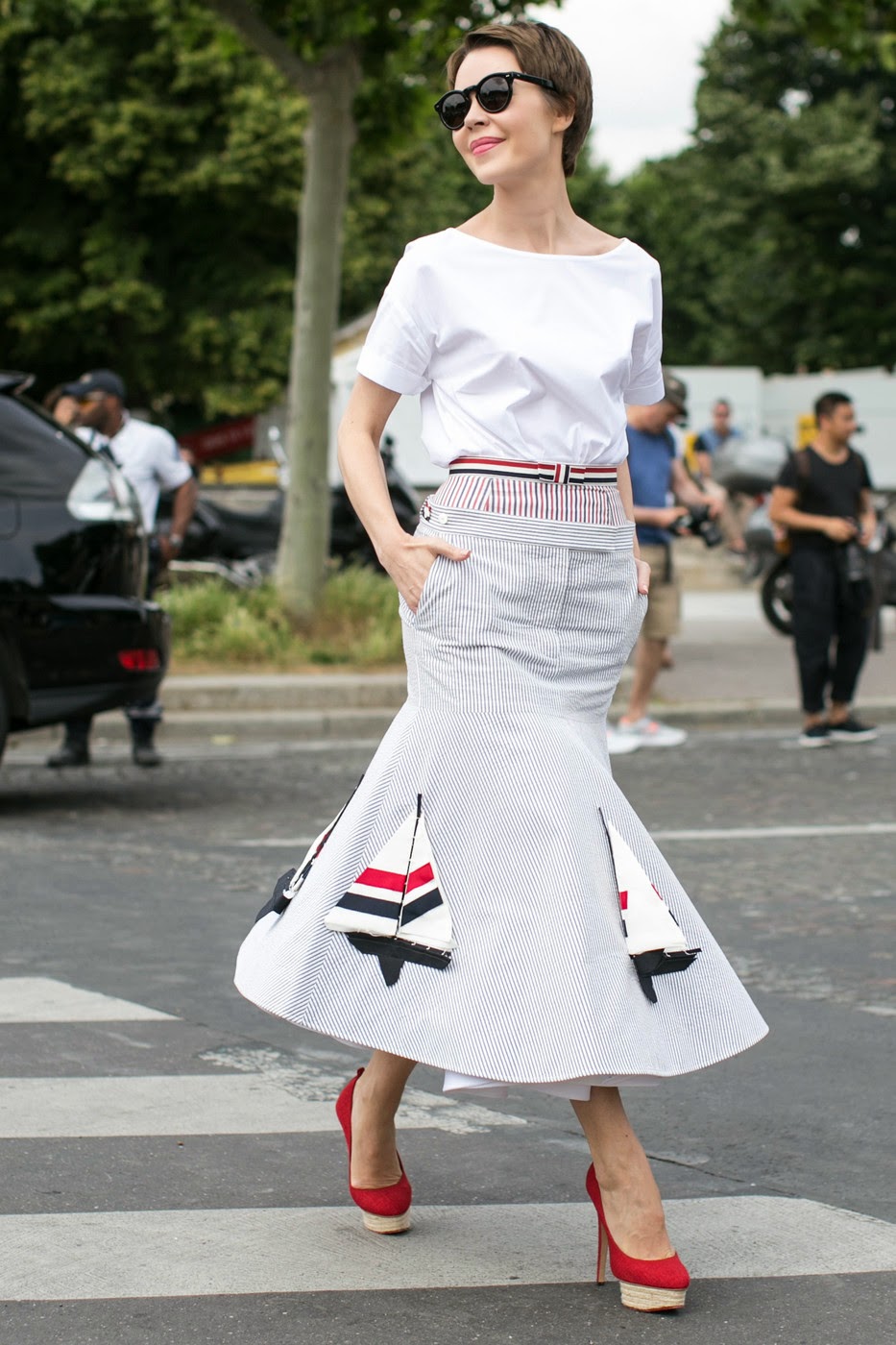 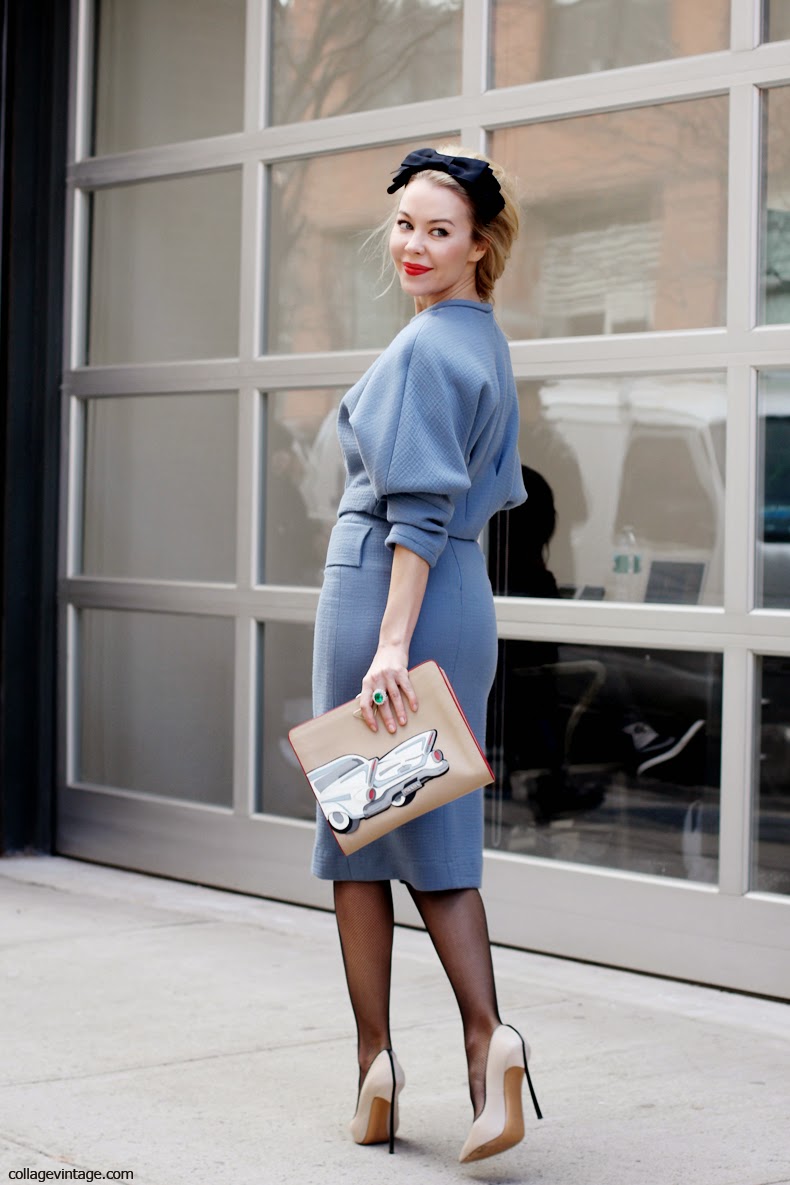 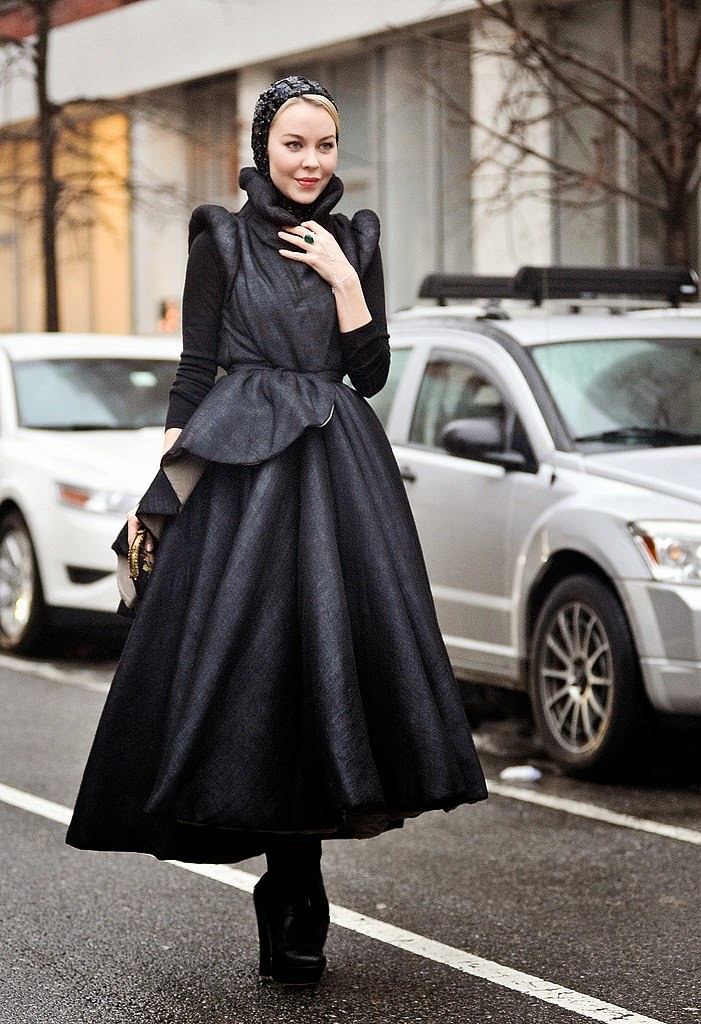 And as a final note, there is a marked difference between creating and supporting our own style, as is done here, and clapping anything on simply because its fashionable.  There has to be consideration of suitability whenever we are thinking of taking something new on that we haven't tried before.