One Favorite Century: The 1700s

I freely admit that I love, unreservedly, the clothing of the 18th century, almost above all other periods.  Certainly one of the reasons I do, is that that century was the last time that men and women partook equally in the Attire language, since both sexes could, and did, express themselves with whatever level of abandon, and luxury, their pockets could manage.  And another reason is the ingenuity, and the astounding level of technical skill brought to bear on the decoration of these clothes. 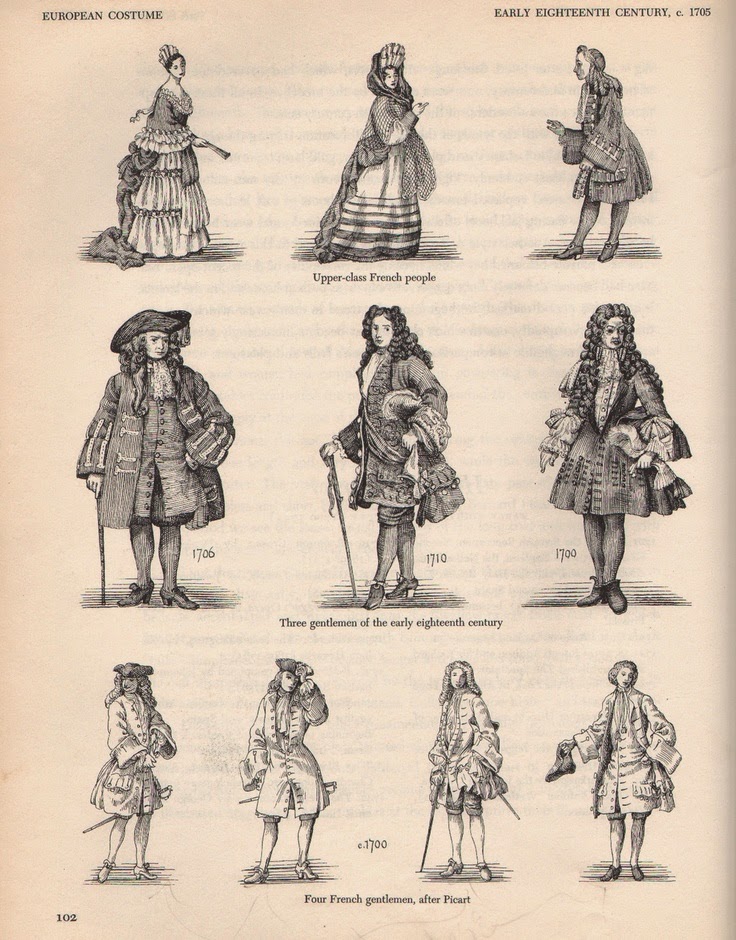 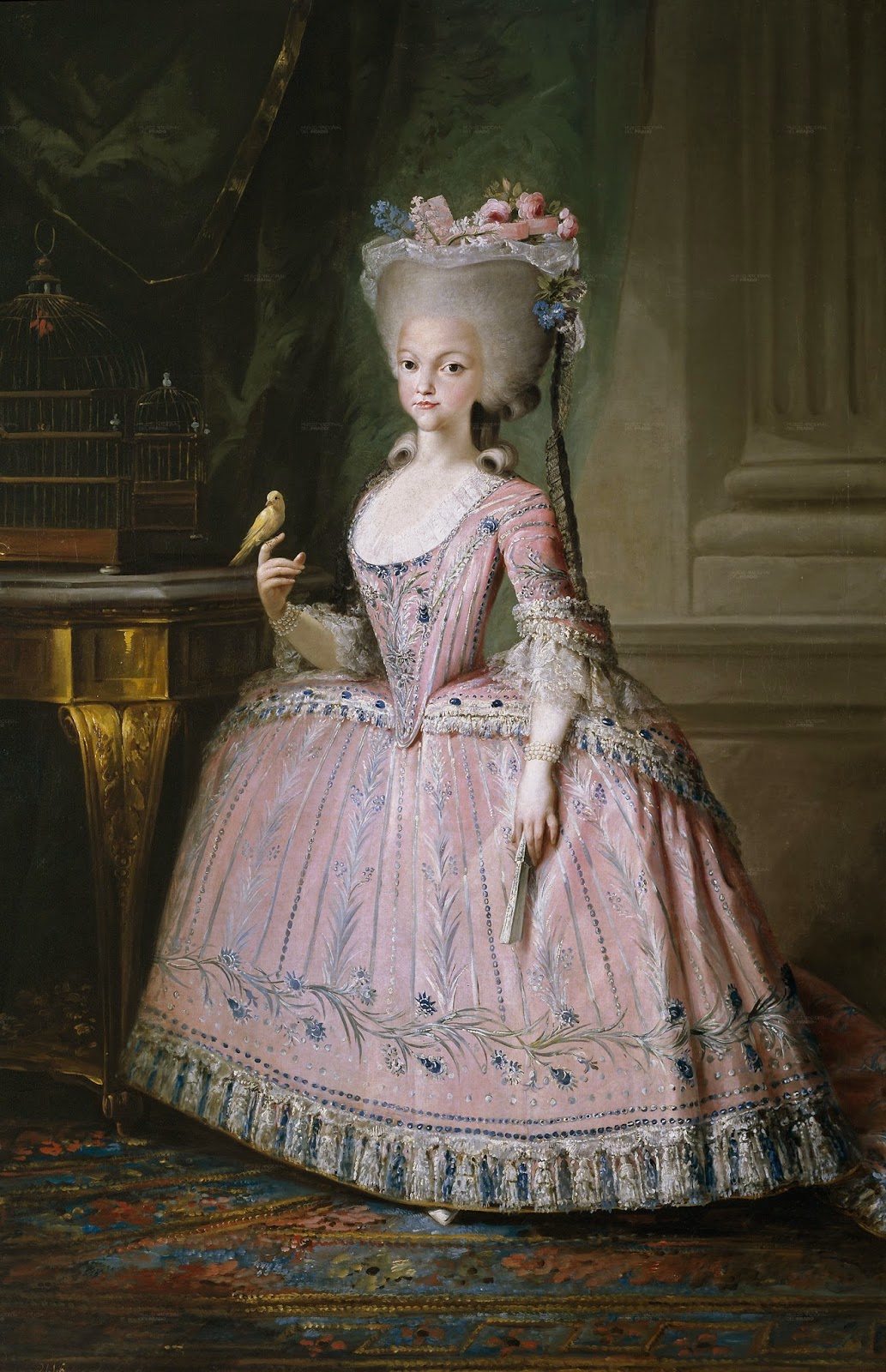 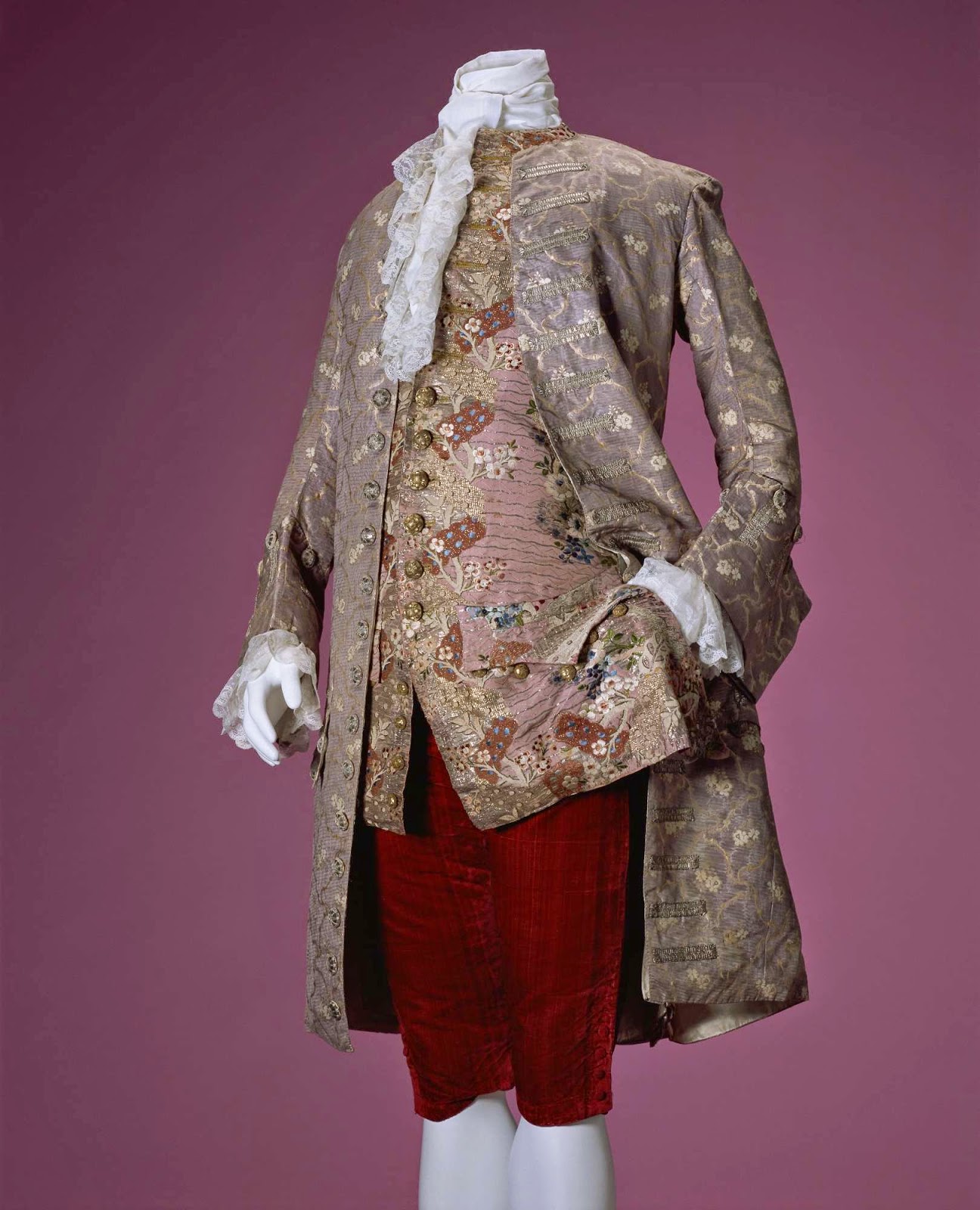 It was also during this time that the finer points of the tailor's art, that would reach its apex during the Victorian period, got their birth, with the increasingly tight fit of men's clothes as the century spun out.  It was the last time that men could wear brilliantly colored, figured brocades with metallic thread, lavish embroidery, and paste stones, without risking being "labeled" in a negative way.  And all of it done with mezmerizing precision, and artistry. 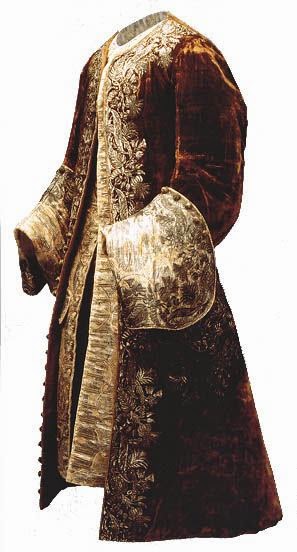 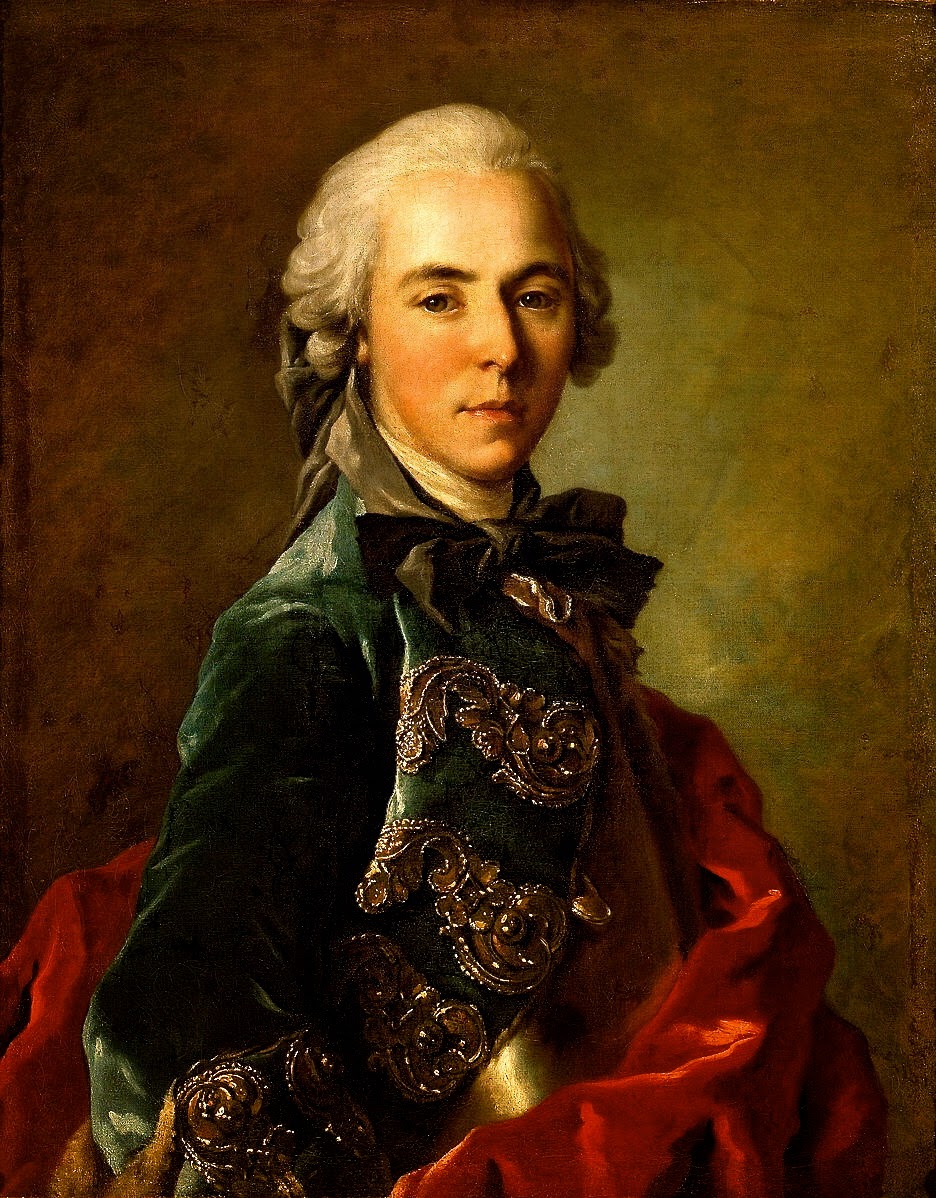 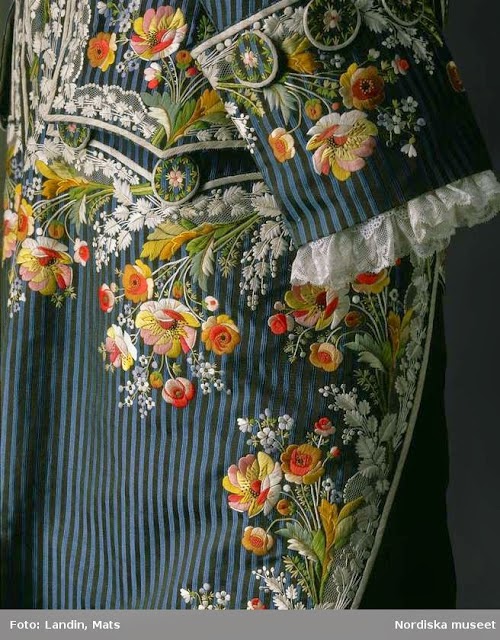 One of the other things that started to fade away after the 18th century was the existence of many of the finest textiles.   As more and more fabric began to be made on machine looms, rather than by hand, dozens of superb materials began to disappear.  It started as a trickle, but by the end of the 19th century, it was a flood.  And now, the only examples we have of some of these textiles, are the surviving garments, hangings, and upholstery that exist in the hands of collectors. 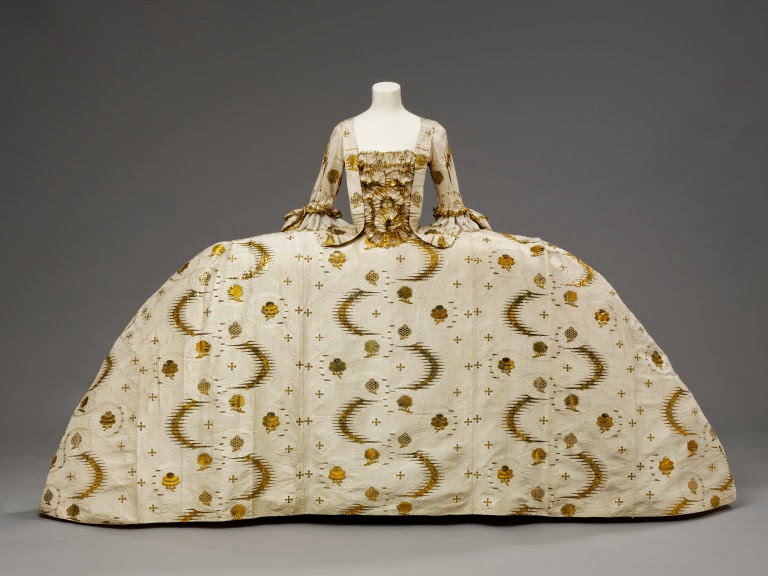 And for women, it would be many decades before the level of extravagance, and invention, even approached the same heights it had in the 1700s. It would take the invention of chemical dyes, the widely spreading use of the sewing machine, and other innovations like machines that could make lace, to bring things up to something like the complexity and ingenuity of the prior century's apparel. 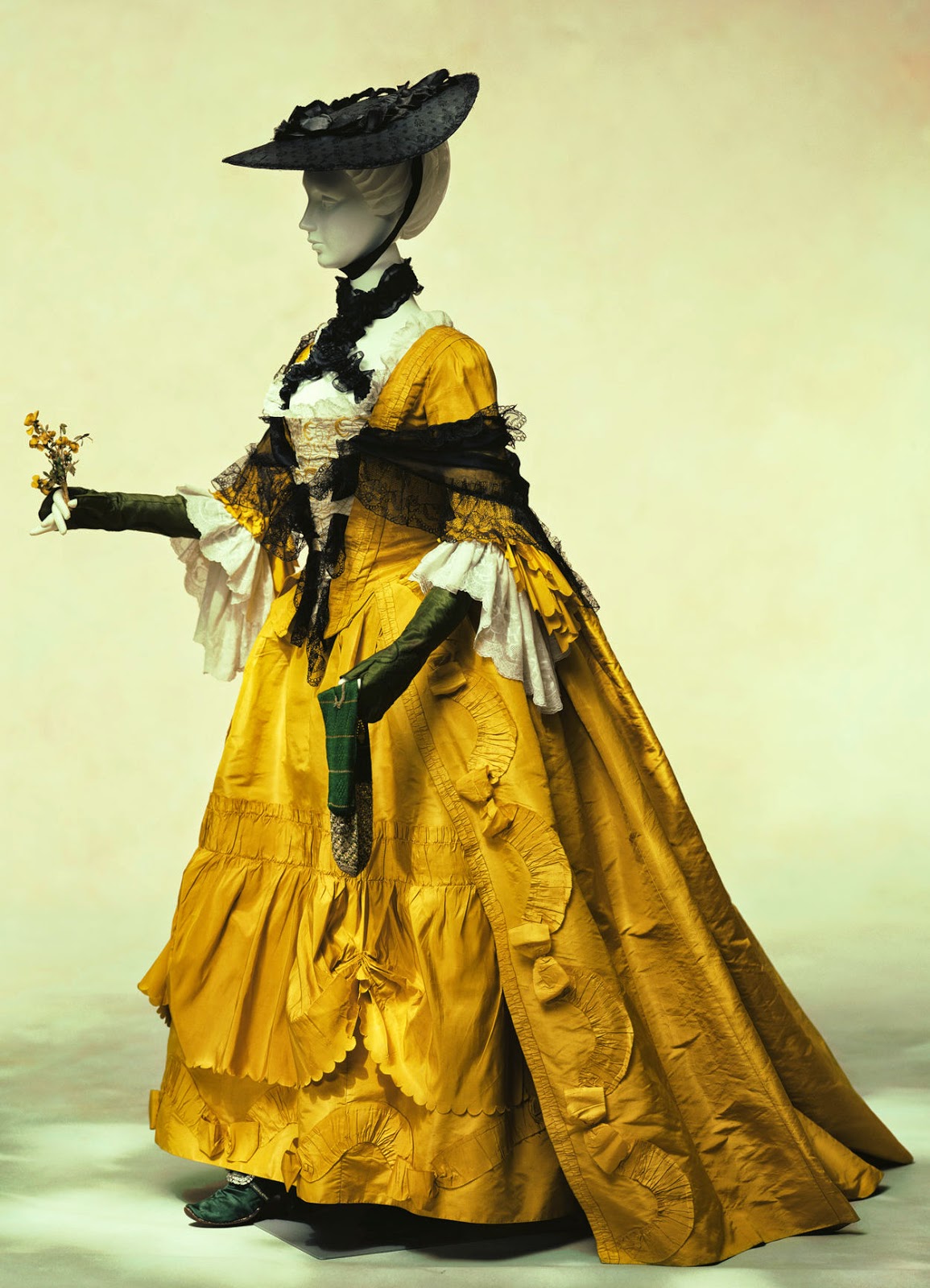 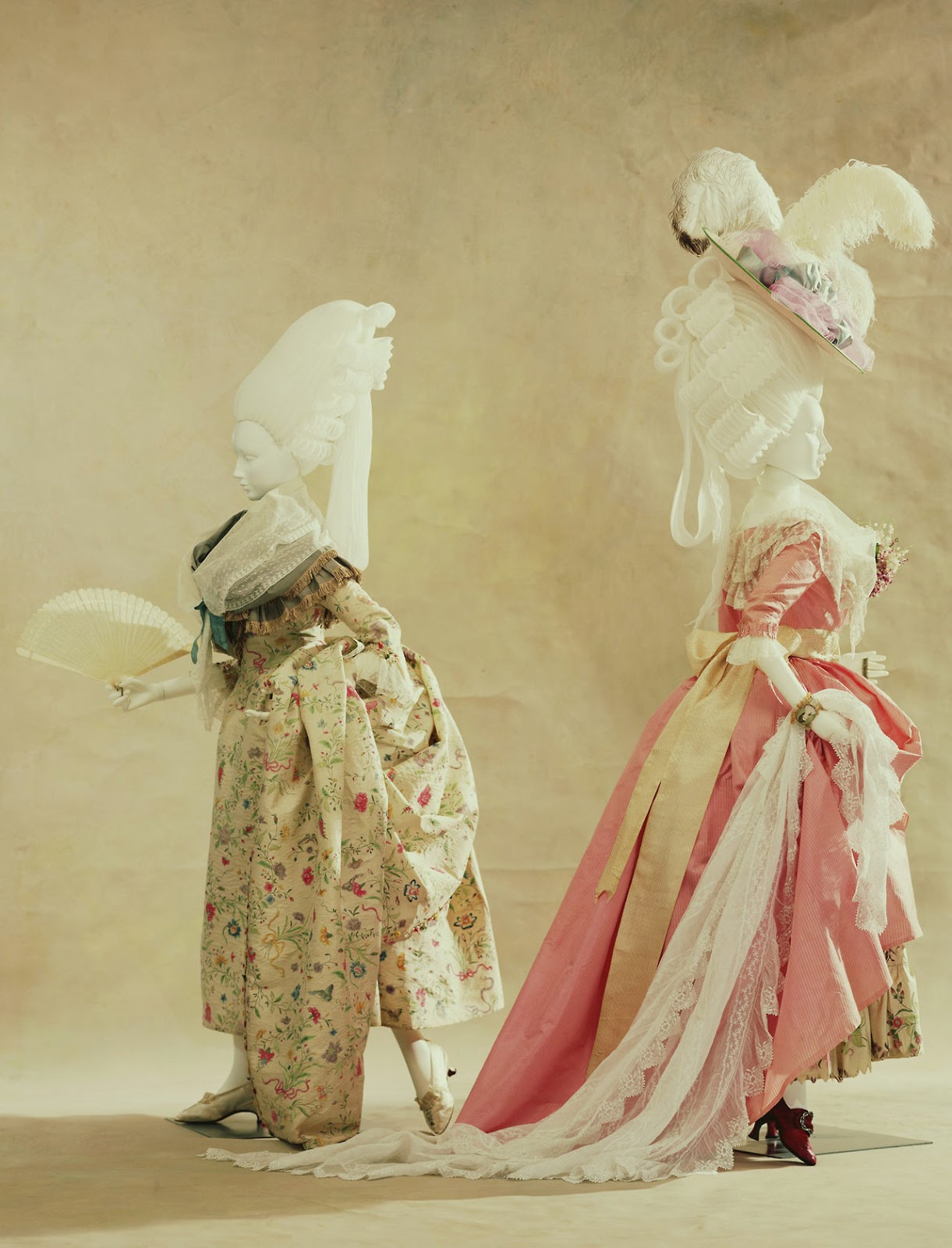 But for me it was the synthesis that existed between the art, architecture, interiors, music, literature and apparel that seal the deal for me.  Few times have had such an overarching aesthetic that informed even the tiniest of things.  So when clothing was created, it referred with exactitude, to the prevailing ideas about art and culture.  Certainly it is true that these older cultures had stronger notions of their singular rights, and their supreme ideals of beauty, and art.  Now, as our global community grows, we have begun to understand that many aesthetic ideals are valid, and that we do not need to adhere to only one.  In fact, apart from what gets relentlessly promoted to us through the fashion community, with our globe spanning access to concepts and information, the notion of a uniform way of seeing things no longer really exists. 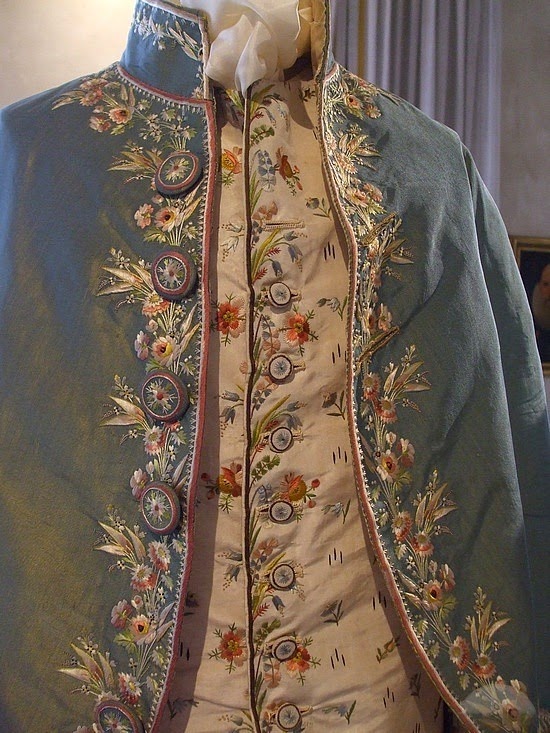 So, for me at least, the 1700s was the final time when all the parts meshed fully, when everything we created worked harmoniously to build a visual synthesis.  After that time, the continually increasing influence of trade from other nations, and of industry, made a single aesthetic ideal, nearly impossible. Sure, even now, certain things are accepted as the norm, but there are growing amounts of people who decry that singularity, and seek to find their own, more personal path.
Posted by Paul G. Ellis at 8:00 AM