In apparel studies, and in the study of Attire's special language, there is always something new to discover.  I recently became aware of designer Aganovich, working currently in Paris, whose most recent RTW collection really struck me.
I've mentioned before that, as we consider, with greater seriousness at last, the enormous problems facing us all in our present, and our future, its natural that the apparel tongue would respond with words of greater seriousness, and presence.  This has happened before more than once. We saw it at the end off the French Revolution, when furbelows of every sort evaporated, leaving a calm and sobrietous simplicity.  We saw it again at the beginning of the Great Depression, when the madcap playfulness of the 20s gave over to a longer, more overtly grown up looking silhouette.  So too, with this collection of RTW clothing from Aganovich. Using a palette of black, white, and gray, with occasional hits of tobacco brown, the designer has created a series of ensembles that are pointed, not only in a literal sense, which they are, but in a figurative one as well.  The statements made are pointed. The juxtapositions, for example, of traditional men's suiting stripes, with large scale plaids, but worked on the same layer, so we must scan closely to know what we are seeing, is adroit, and emotionally strong.
As well, each ensemble has an aspect of skewing to it.  Collars, sleeves, and intersections between garments, are twisted out of true, deliberately.  Its a strong visual statement about the twisting changes of our world, and our view of ourselves.  With that in mind I give you Aganovich, Fall/Winter 2015.
Tell me what you see here. 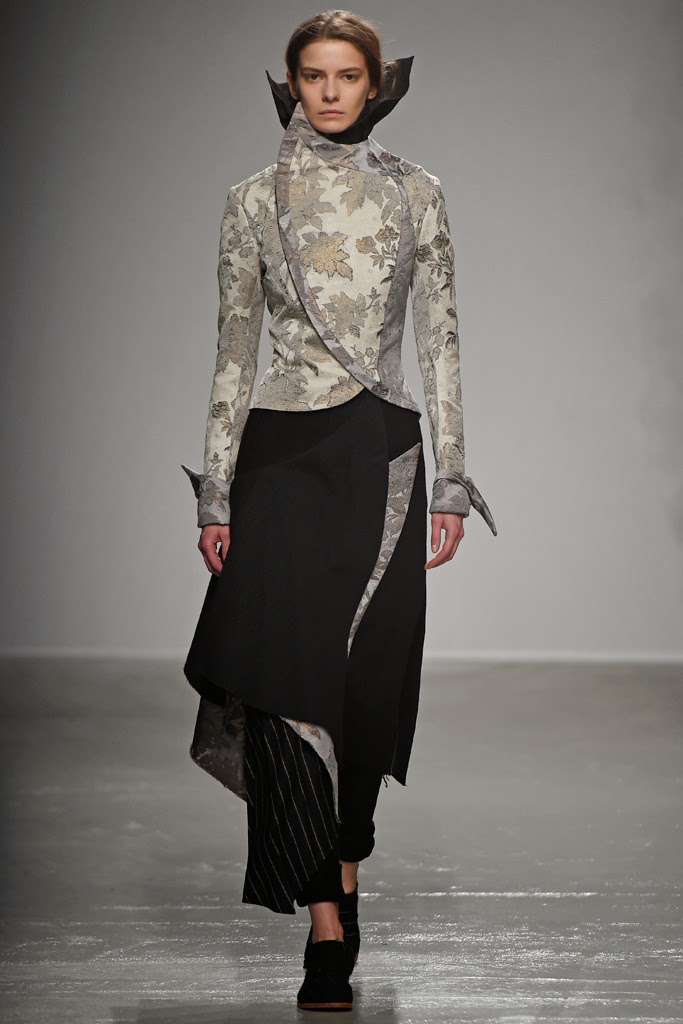 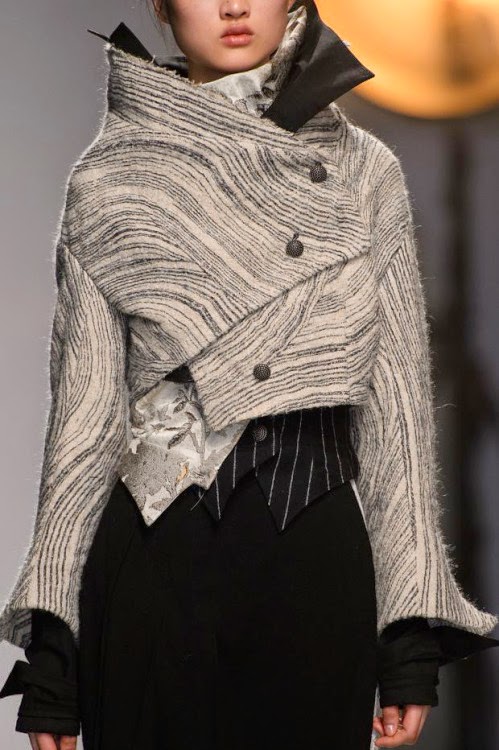 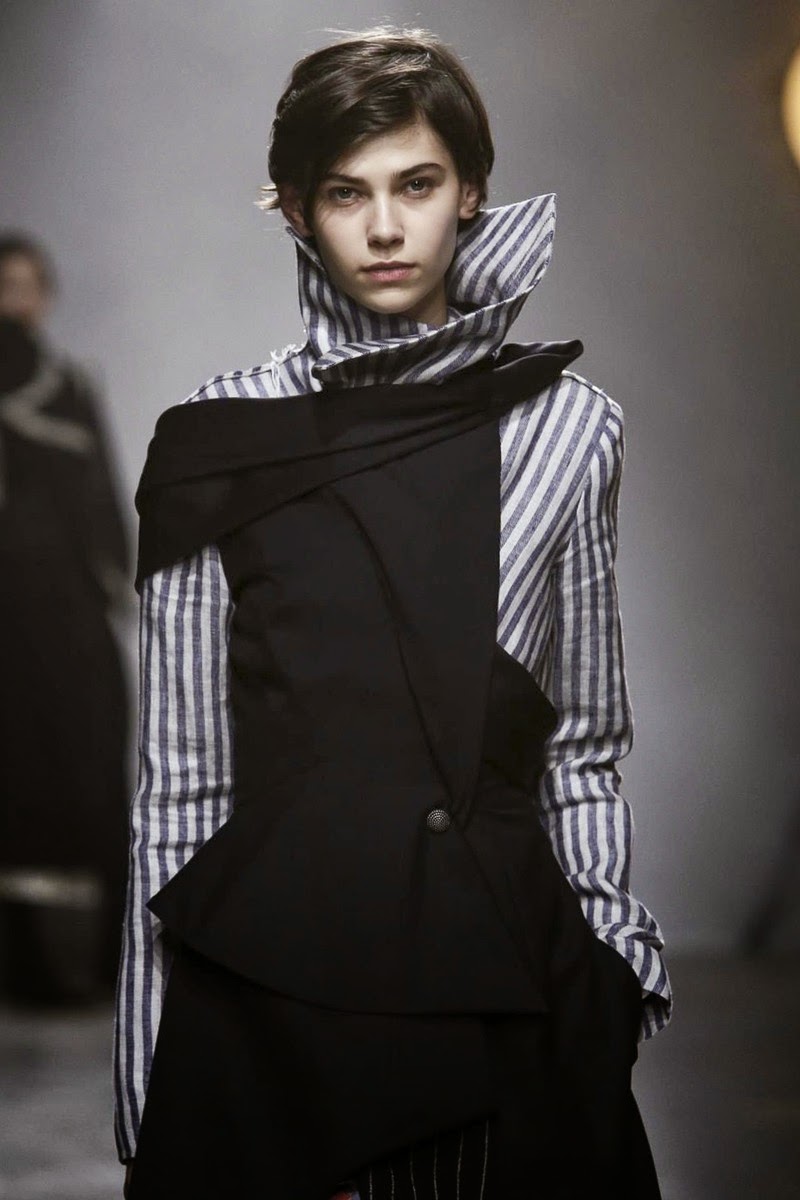 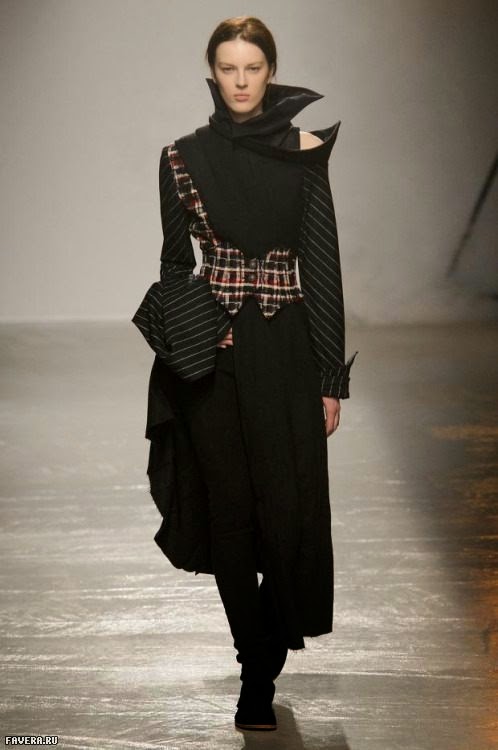 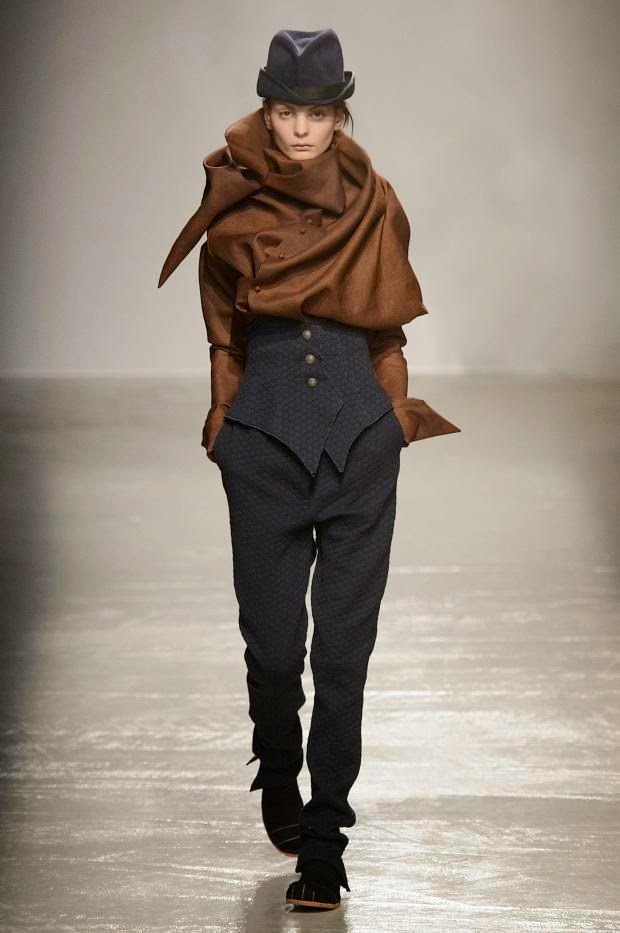 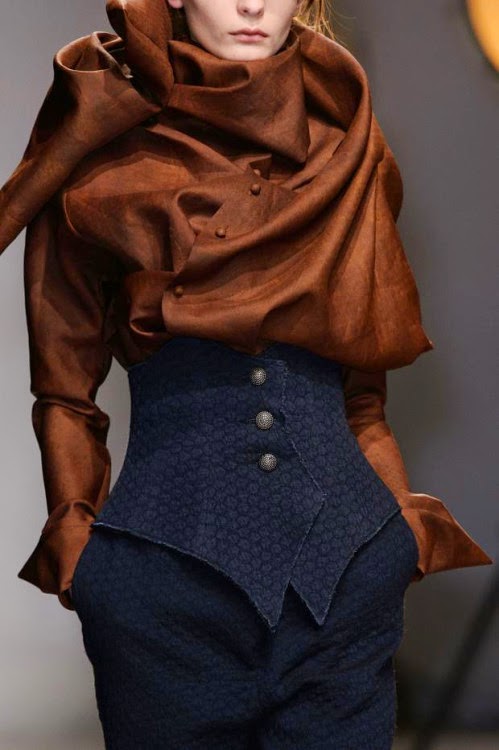 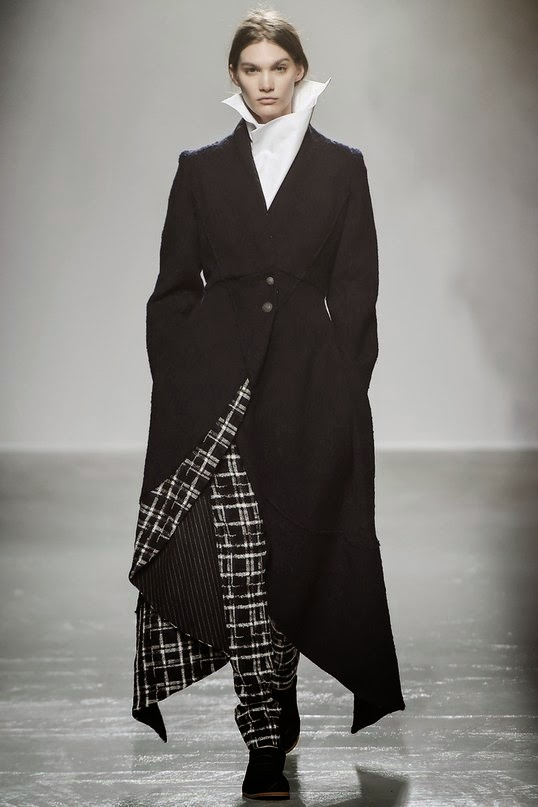 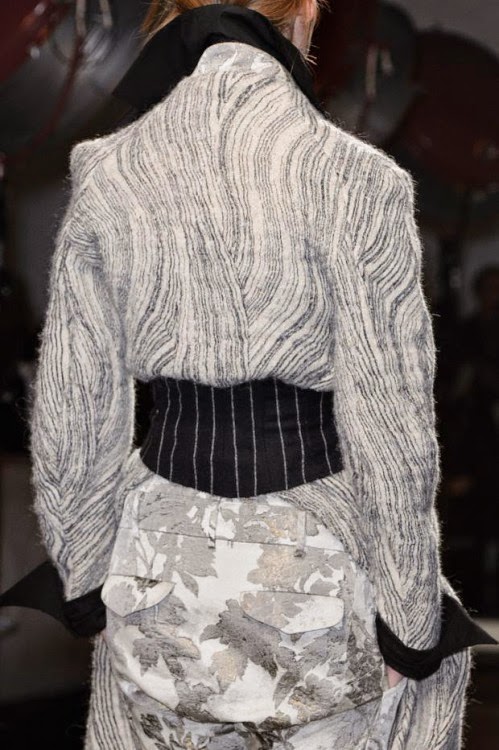 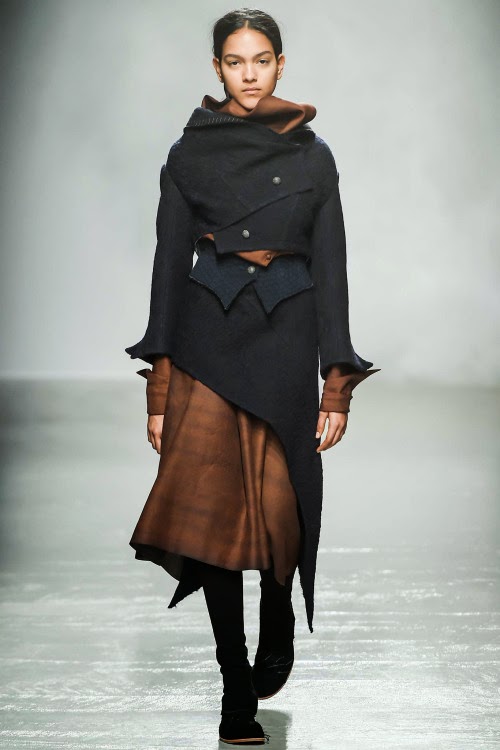