An Explosion of Fun

On May 25 1660, Charles the II of England came to the throne and lots of things happened at once.  11 years of military repressive rule under Oliver Cromwell ended. Theaters re-opened, avenues of scientific inquiry previously thought dangerous, or against religious principles were able to be explored, the English Empire began to build in earnest as trade with India, and China increased; and a general relaxation of all the strictures that had been in place allowed people to genuinely relax for the first time in over a decade.  Charles II was happy to support all these things.  Being a lover of learning, and a patron of both science and the arts. 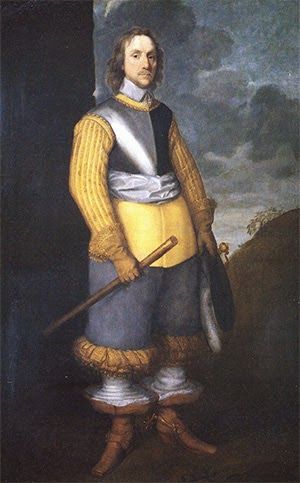 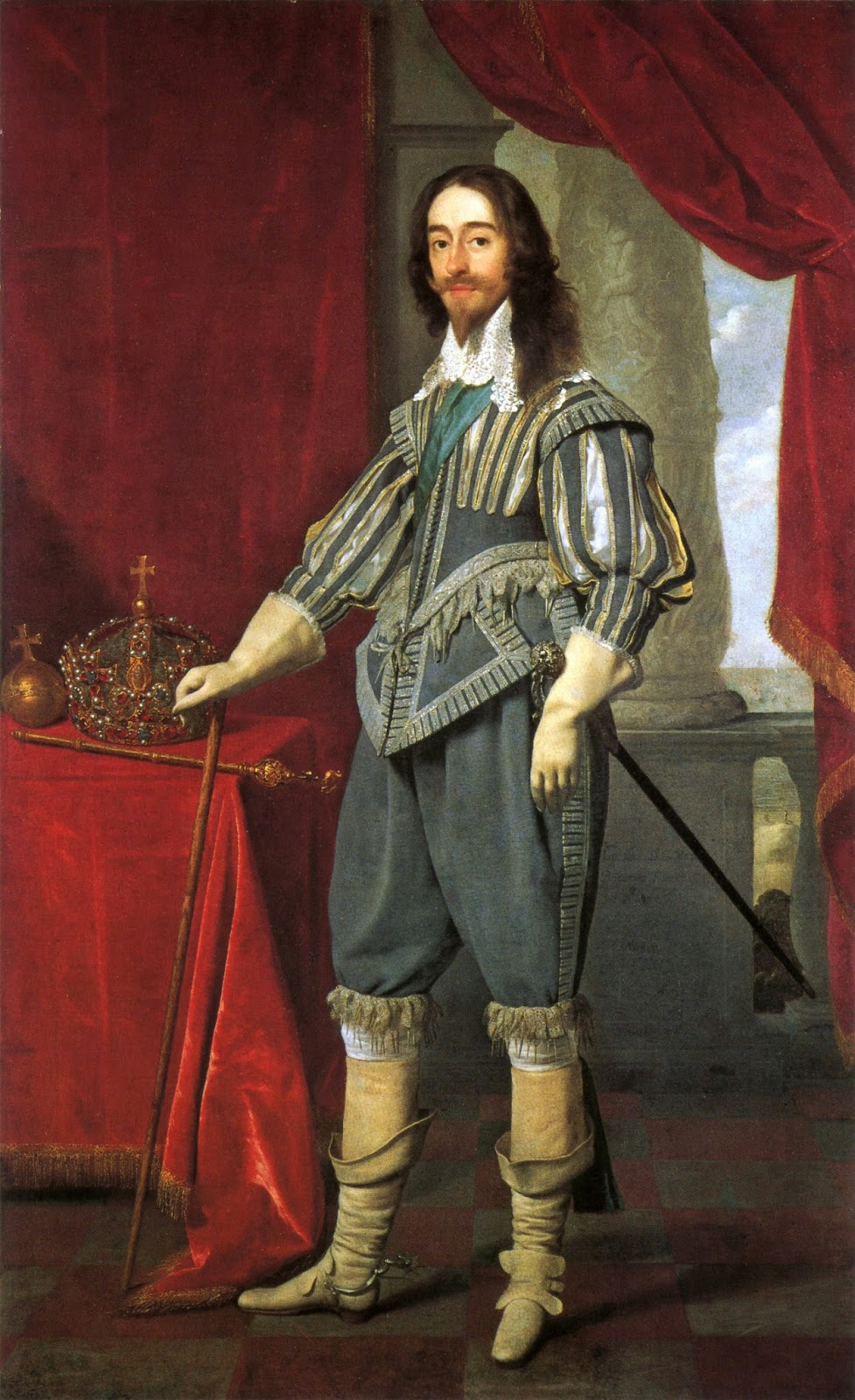 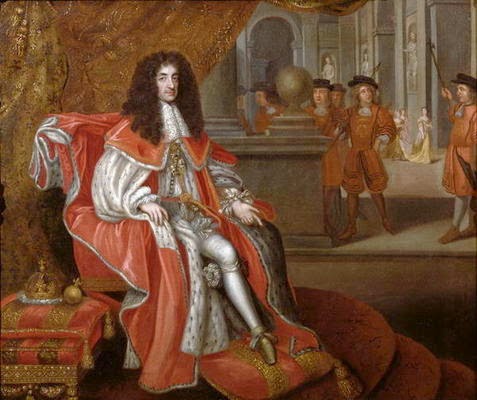 Charles II
Literature, music, and art, and architecture all had a huge flowering.  And Attire?  It was amazing what occurring in a seeming eyeblink.   The changes were significant.  For men, everything about the clothing, with the exception of stockings, loosened, and decorations of all forms, but mostly in the usage of sometimes hundreds of yards of looped ribbons on the hems of doublets, coats, and breeches rose to giddy levels.  Luxury in all its forms, was cool, again.   Men's hairstyles aped that of the king, who reputedly had been gifted with abundant curling locks. So men everywhere began wearing huge wigs, and the fashion still exists today is a vestigial form in the wigs worn by English barristers. 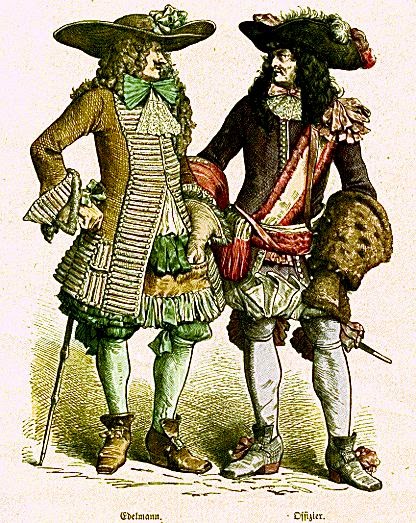 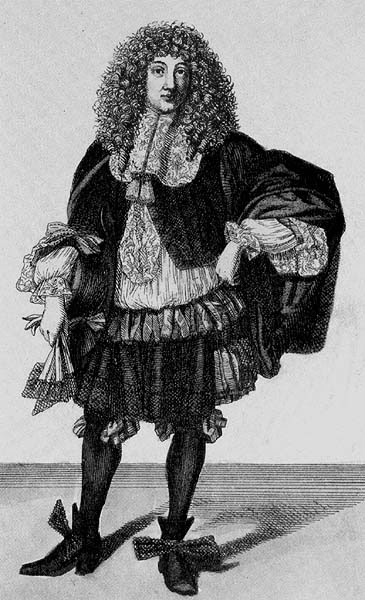 For women, with, naturally, the exception of the corset, everything for their apparel loosened as well, skirts were not fiercely structured, sleeves were capacious, and the neckline became broad, and low, sometimes even revealing the whole of the shoulder line. Women's hair was less tormented looking, though ti still required skilled help to achieve the sausage curls and waves that became so fashionable.  And in portraiture, it became a common thing for women of wealth, title, and position to be painted en deshabille  with pieces of beautiful fabrics draped here and there in a seemingly casual, but quite calculated way.   The much more ready availability through Chinese trade, of silken goods, made the glossy, sensual look and feel of satin beguiling to the folk of the 1660s.  So endless numbers of portraits chronicle women and men attired top to bottom in satins. 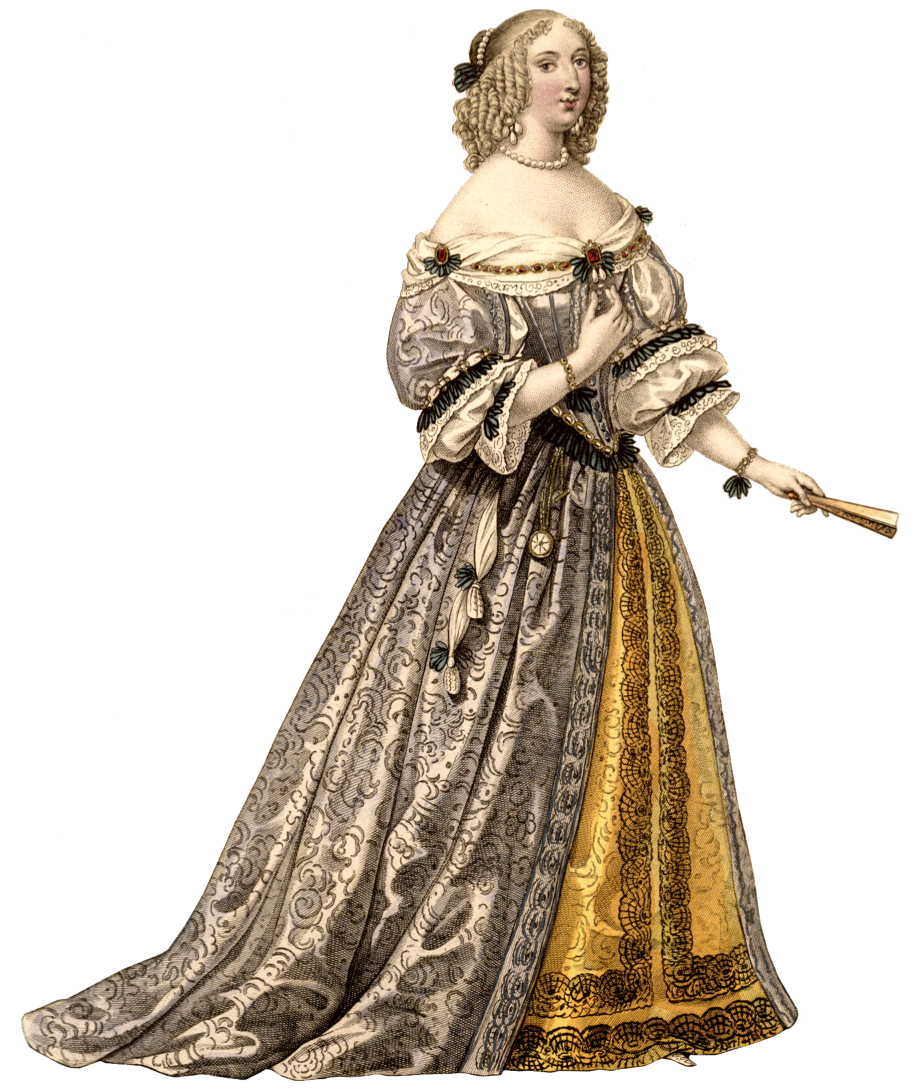 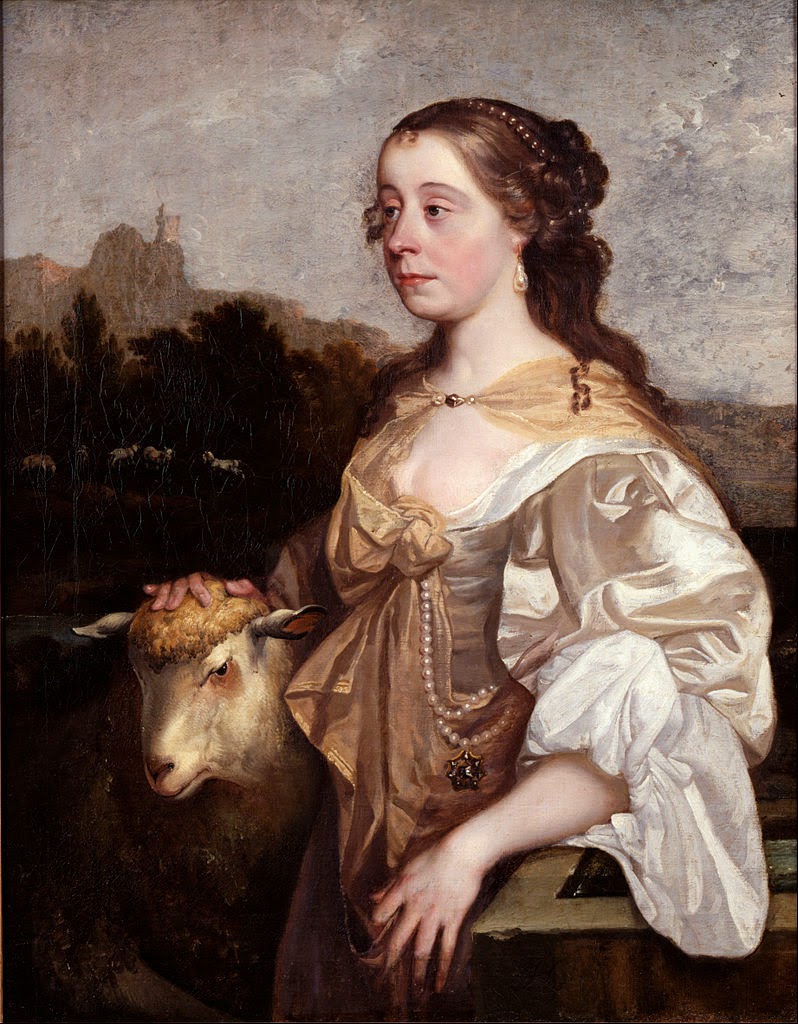 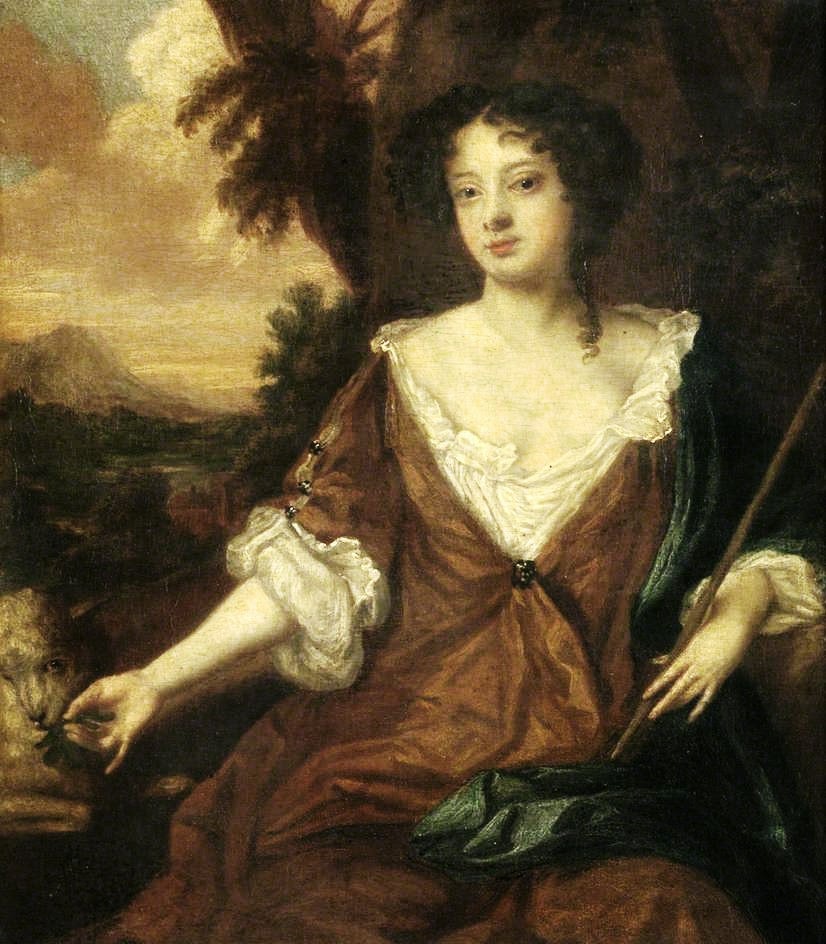 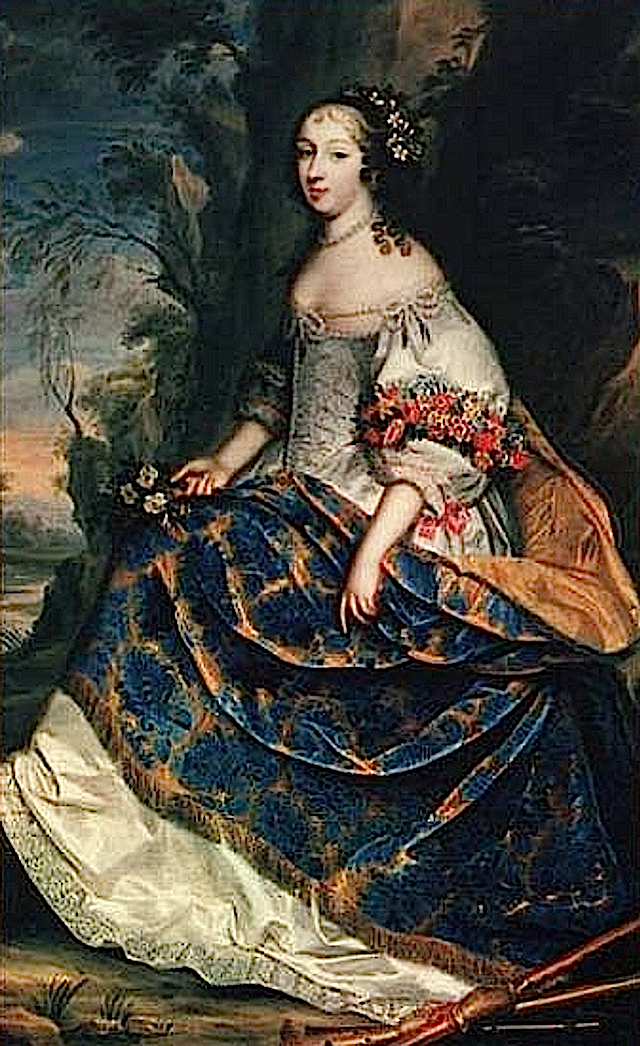 It was one of the most prolific periods for change in much of English society, perhaps only surpassed by the 1920s and the 1960s.
The feeling of relaxation, of fun, was ever present.  Differing opinions of all sorts were able to be voiced, differences of religion were being tolerated again,, and all of these things manifested themselves in an indolent looking, frankly sexy manner of dressing for both sexes.  Sure, especially within the court structure a certain formality had to continue,  but that sensibility made itself known even there.