High Style at the Palace

Those who are fortunate to live in the New York area, are blessed with multiple museums with enormous, and comprehensive collections of apparel, spanning hundreds of years of time.  And just now, in San Francisco, we are hosting, at the Palace of The Legion of Honor Museum, a collection of couture clothing spanning the last century, that was put together by the Brooklyn Museum of Art.  I went, yesterday, to see the show for the first time, and will without doubt be going again. 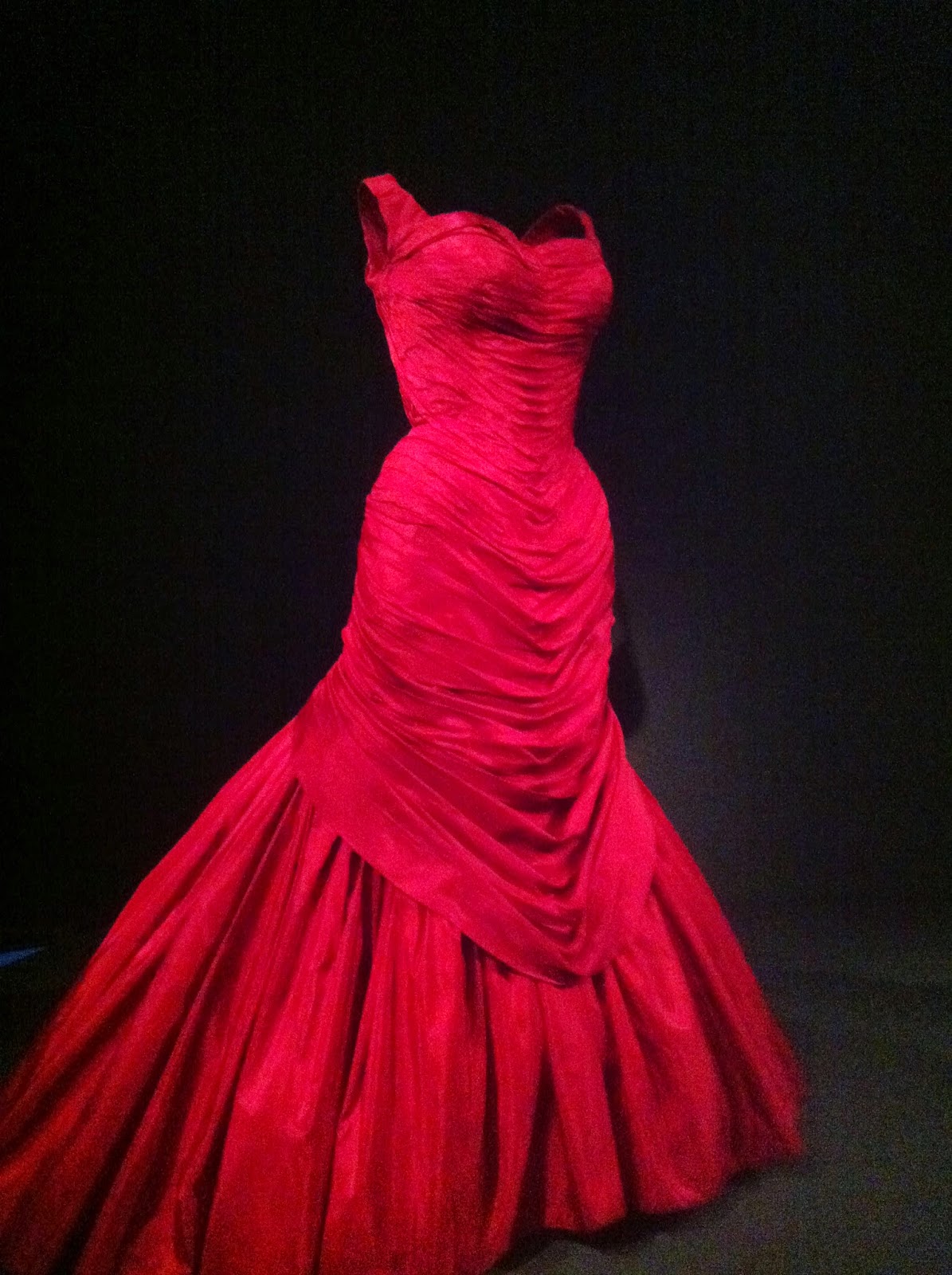 Charles James
What struck me most, was how adroitly, and how effectively the collected works of couturiers chronicle, not the changes in style, though that much is obvious to anyone who looks, but more importantly, the changes in how women viewed themselves, and how society viewed them in return. 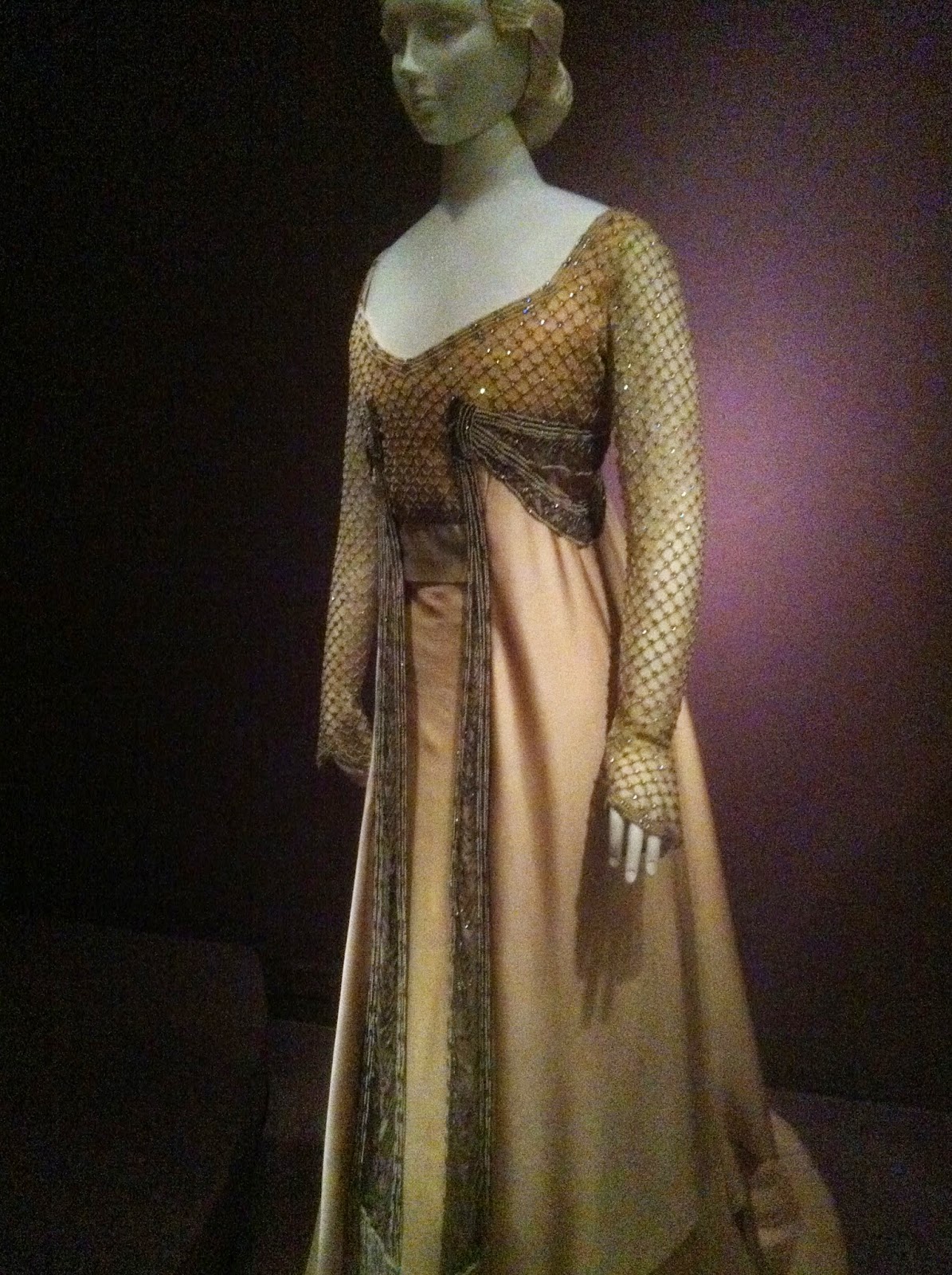 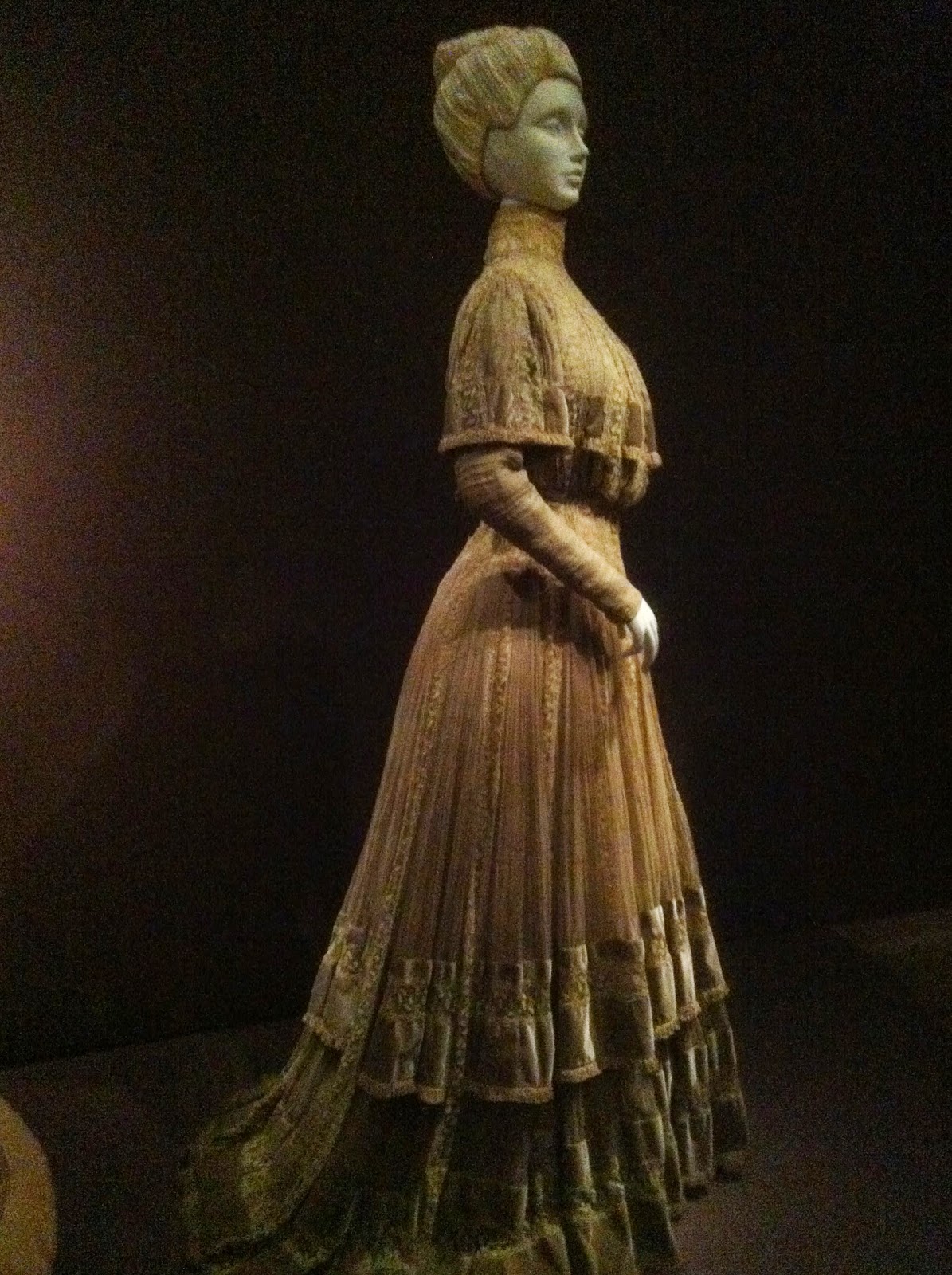 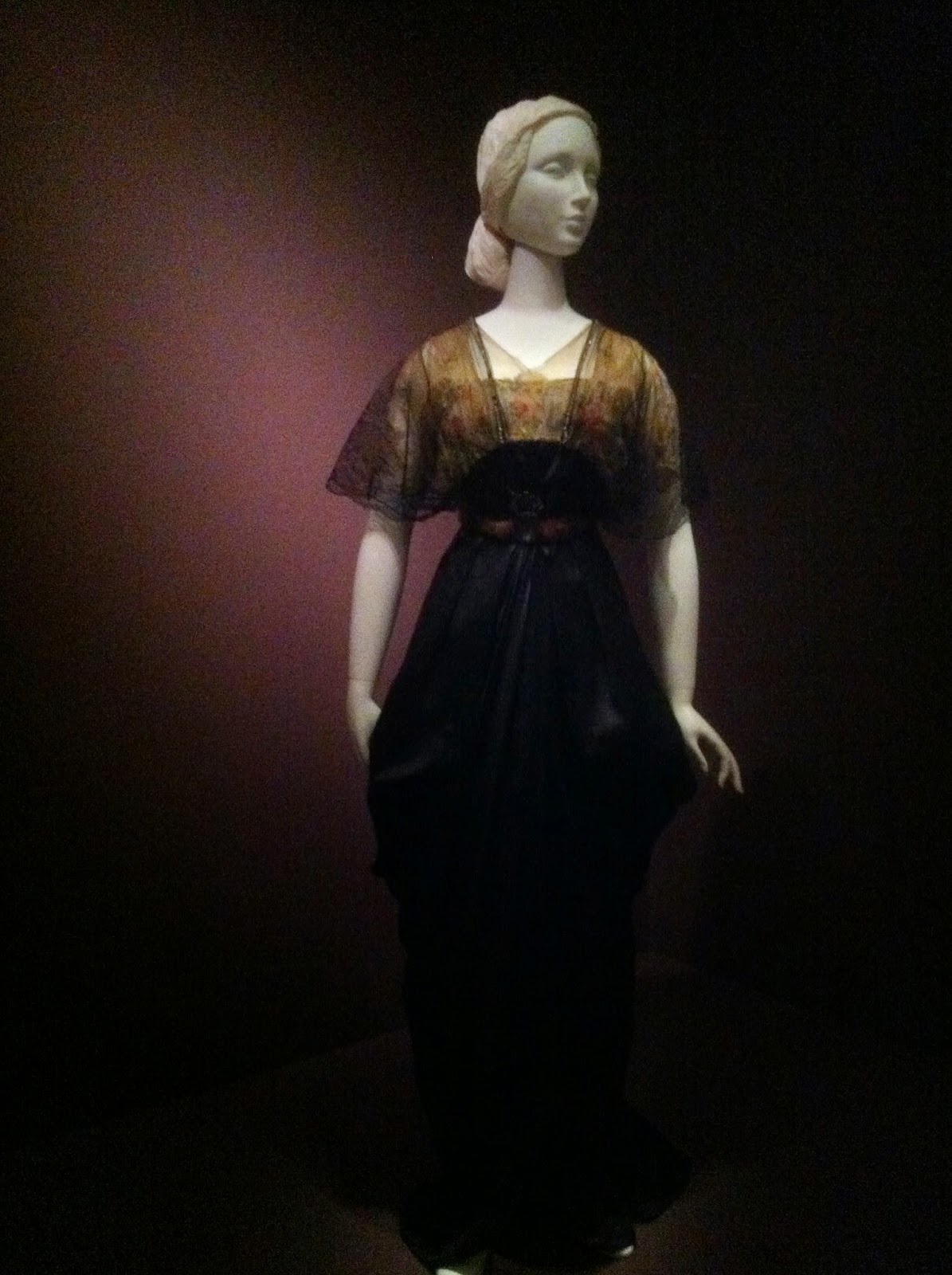 By taking us from the very beginning of the century with dresses by Worth, and Doucet, we are led quite rapidly into an age when bifurcated garments got experimented with by Callot Soeurs, and hemlines rose, and rose again.   In just 20 years time, less really, clothing for women, which had been designed with repose in mind, became clothing that was defined by its appearance in motion. 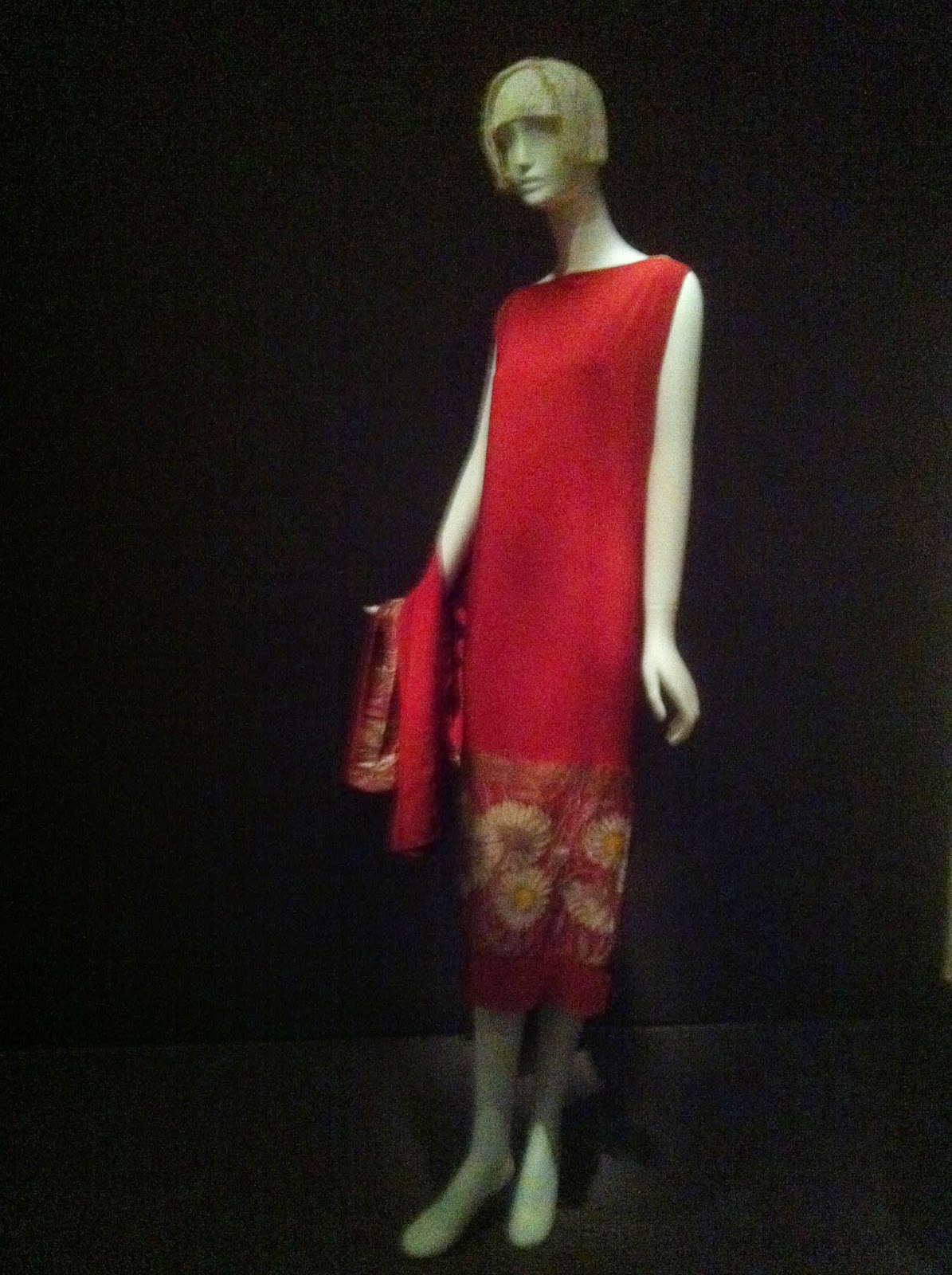 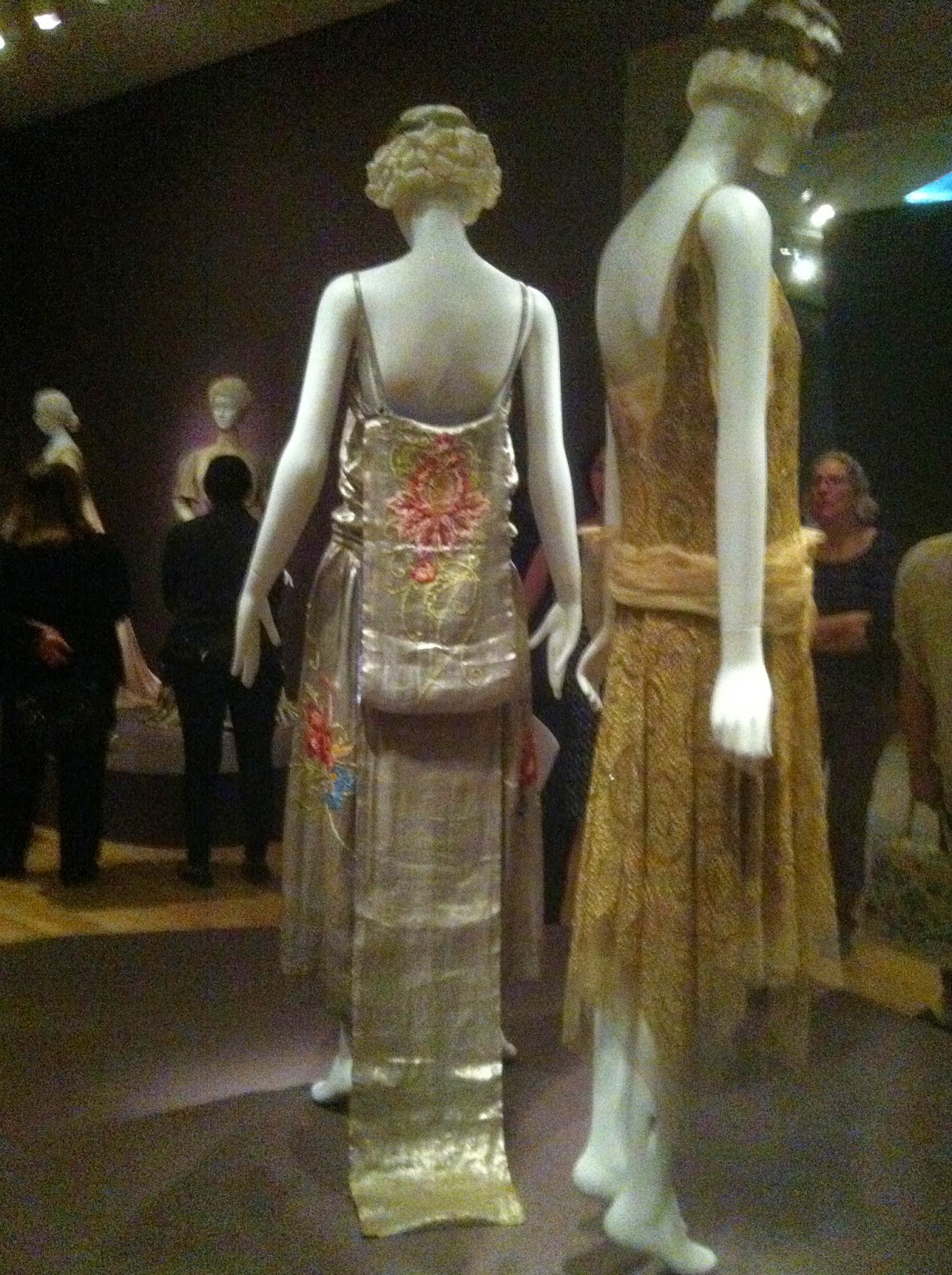 Jeanne Lanvin
Apparel for women became something that was meant to be seen doing things, not sitting politely.  Clothing became was being designed that was meant to be seen dancing vigorously, and playing at sports that had been heretofore unheard of for women. Tennis, volleyball, swimming, and hiking, and skiing became commonplace activities for women.  Clothing, even the clothes for the streets, began to reflect that change. 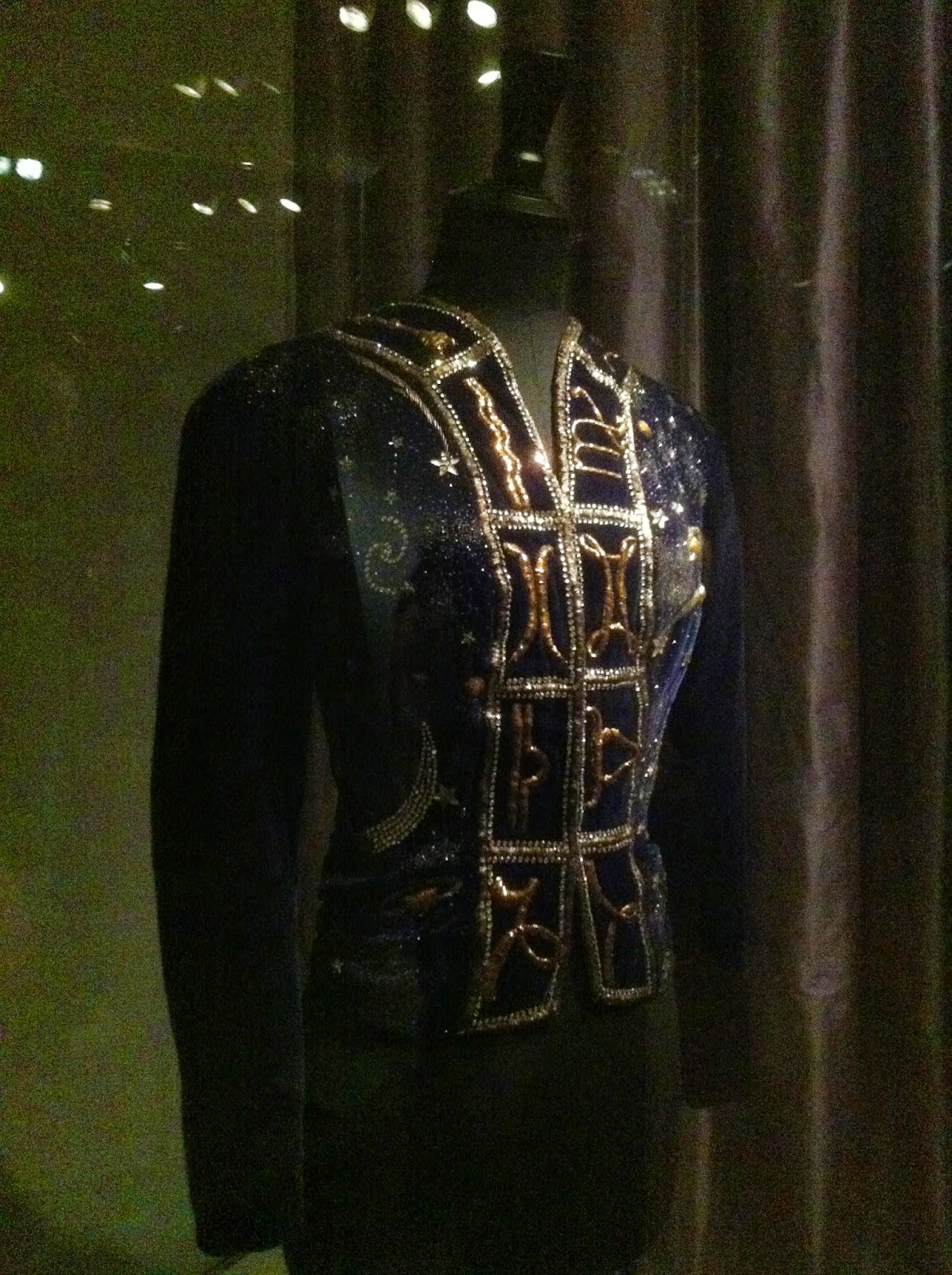 Schiaparelli
Schiaparelli, whose work is well chronicled in the show, broke all kinds of rules, bringing new materials and techniques into the mix, and allowing women to have fun, and express their wit and intelligence in ways that they hadn't before. 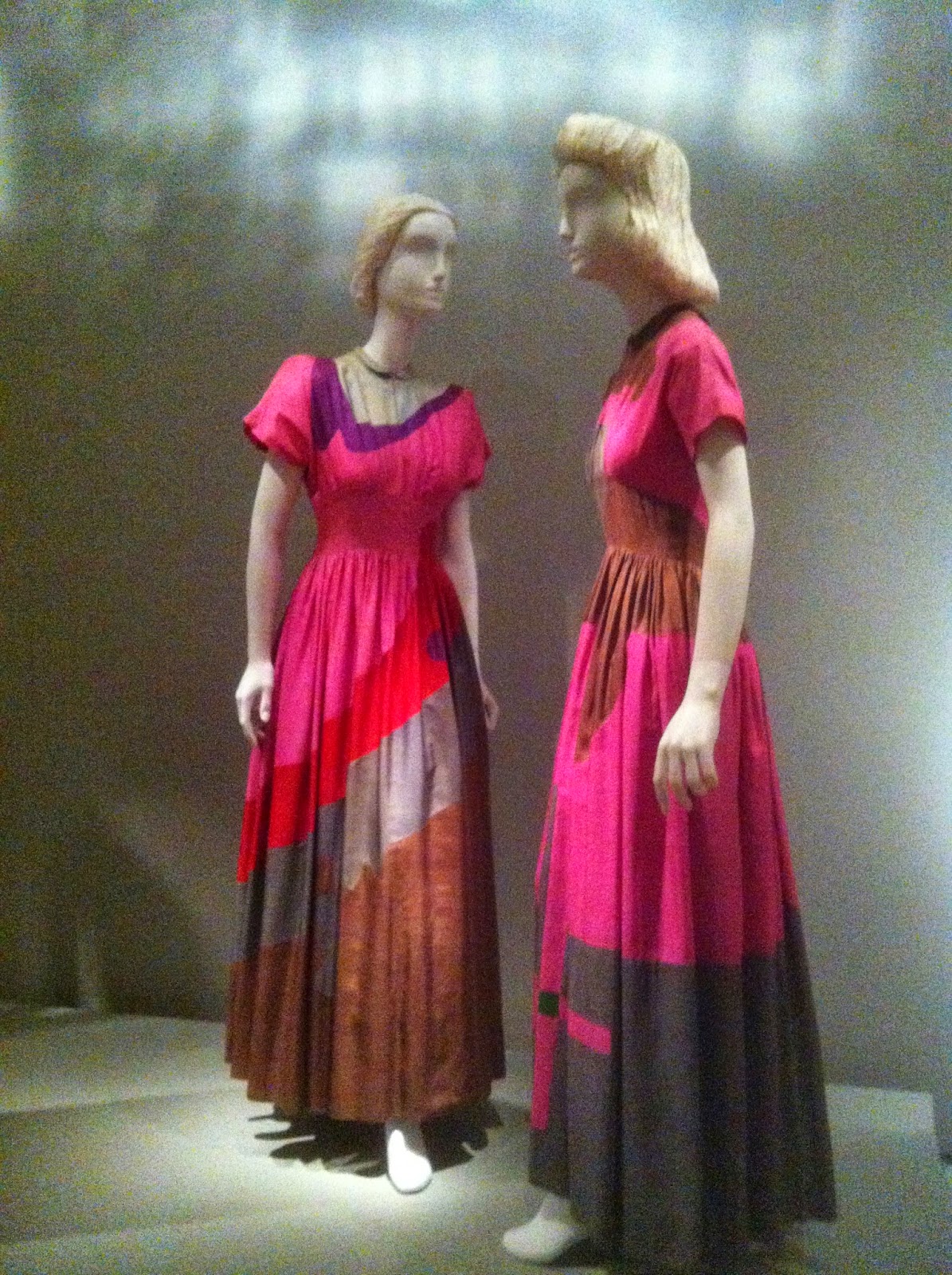 Gilbert Adrian
Gilbert Adrian, also well represented, showed women that they needn't look to other countries for design of high quality and that the history of their home place was a fertile ground for inspiration.
By the 50s, designers like Bonnie Cashin were making clothes that were for women with lives outside the home, who were interested in active, informed lives. 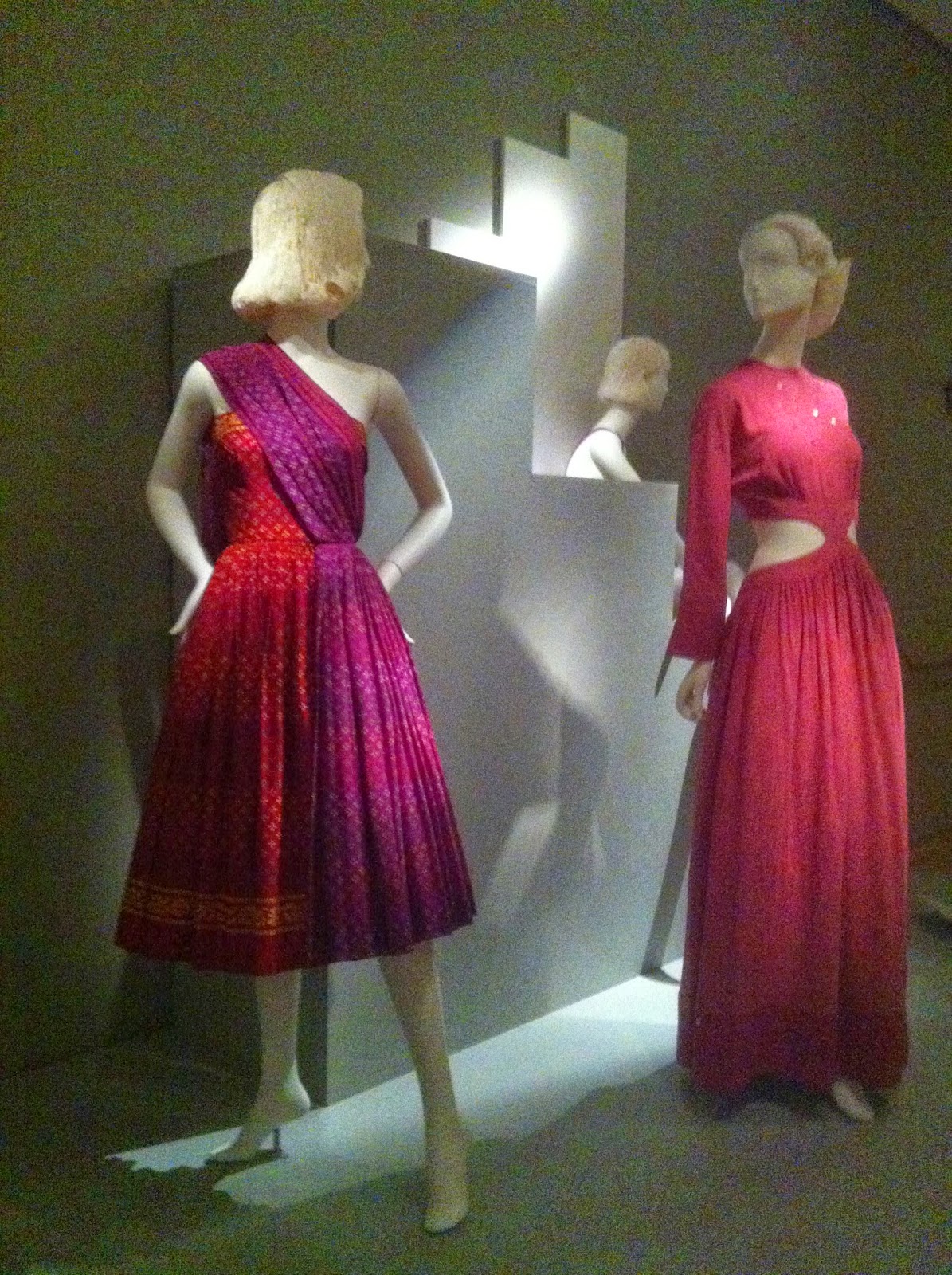 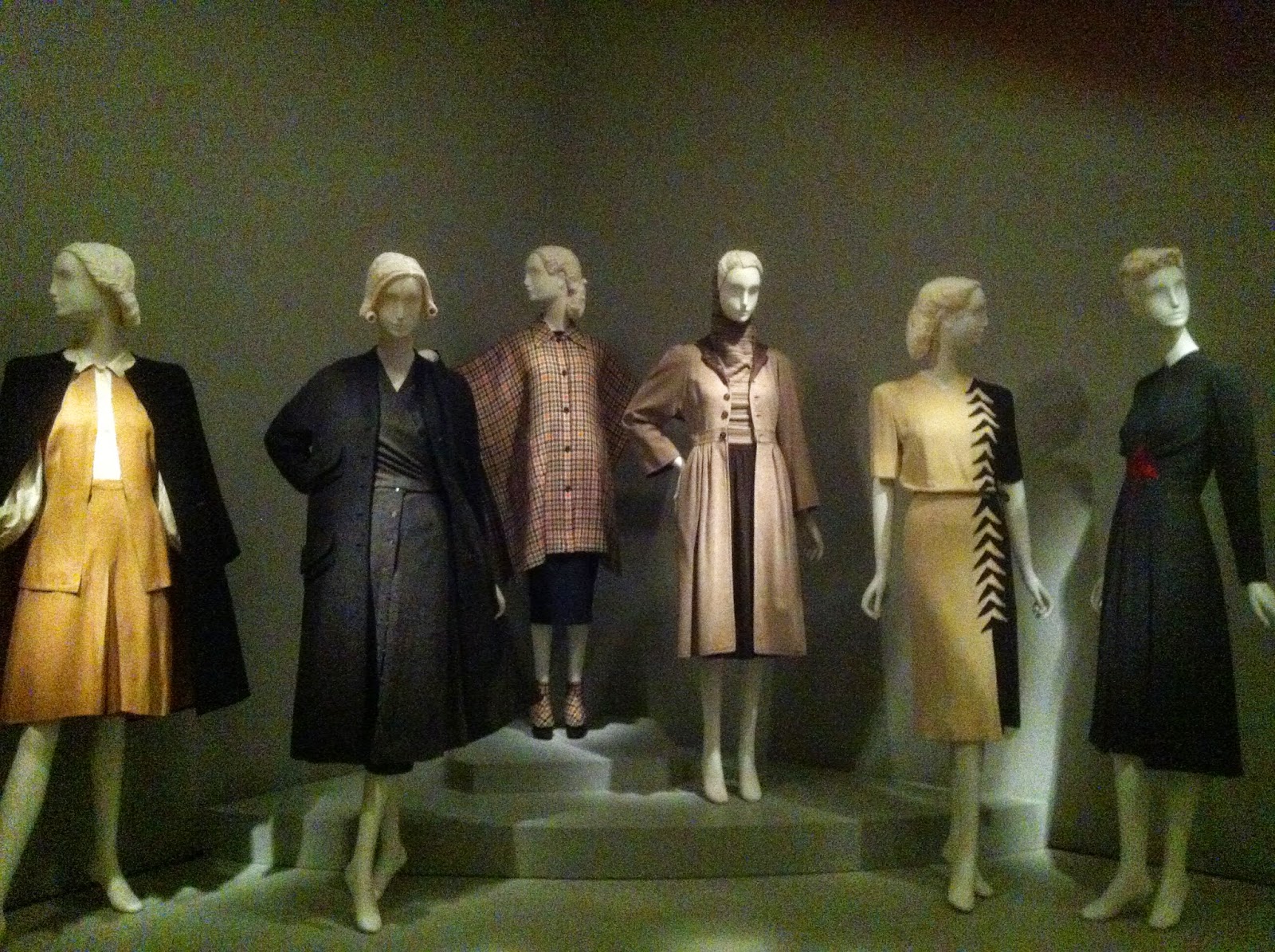 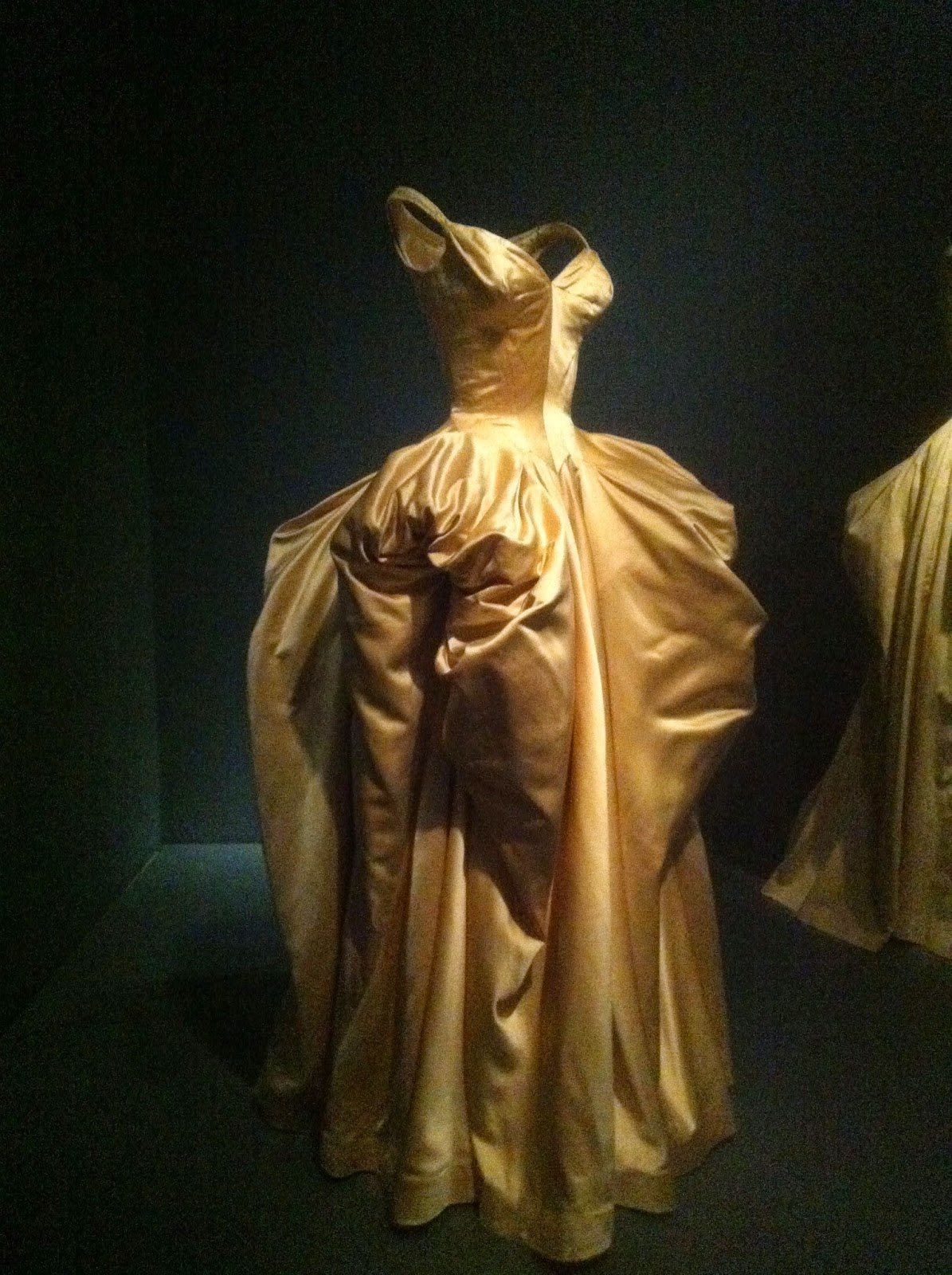 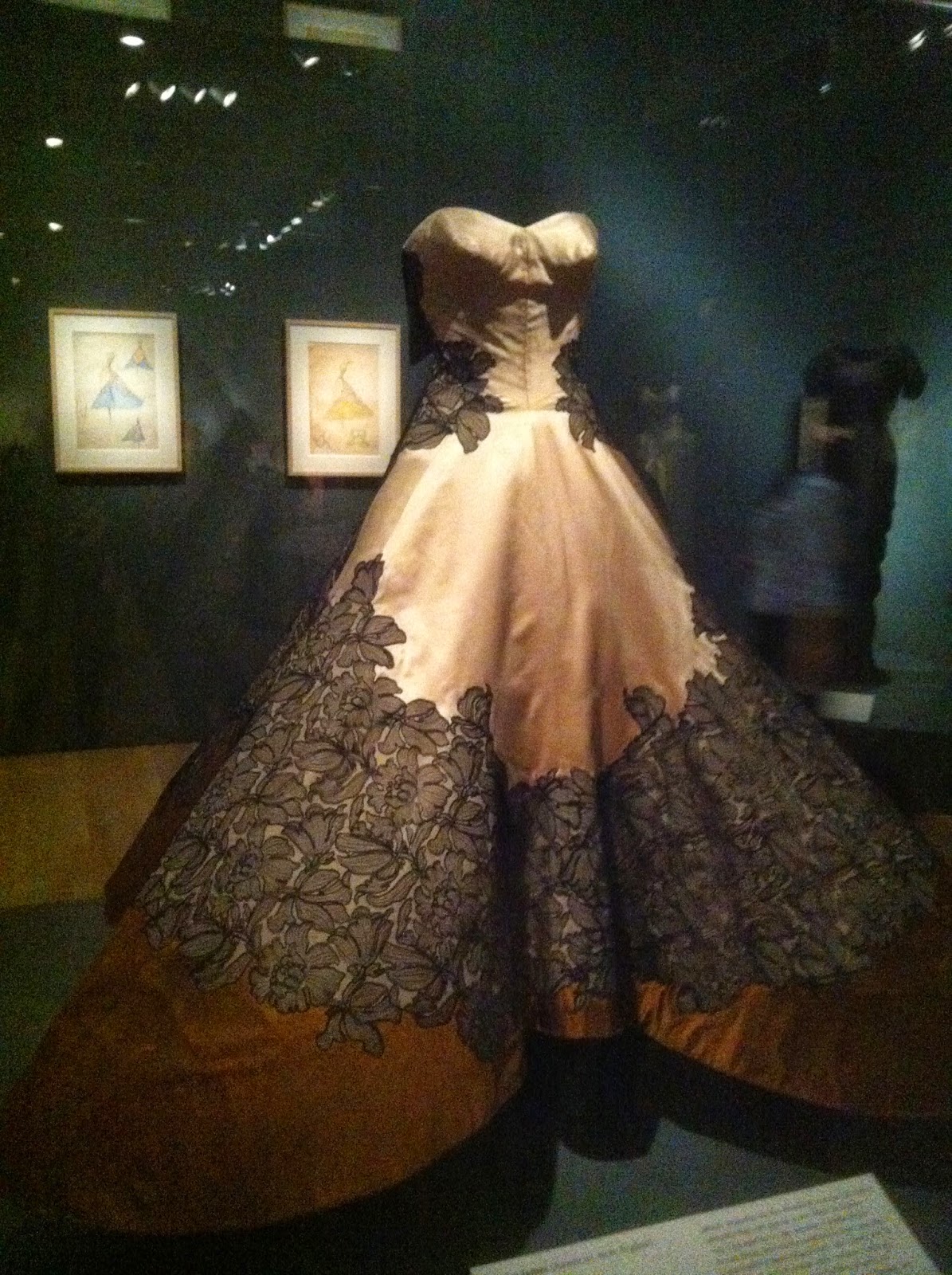 Charles James
And even those designers like Charles James, were exploring new ways of imagining women, women as powerful beings, capable of commanding the places they inhabited.
Sure, as a simple show of the work of couturiers in Europe and America from the past century, this is a great exhibition, and well worth the time, but if you're willing to look at more than just the clothes, to look at what they represent about societal and personal change, you will be very well rewarded.
In addition to the couture clothing on display there is a room full of wonderful hats, and shoes , which well repay your time.
The show is at the Palace of the Legion of Honor Museum in San Francisco, till July 19th.  I very much recommend it.
Posted by Paul G. Ellis at 7:29 AM