It began as a simple, and subtle gathering of the material of a shirt at the neckline, back when shirts were essentially constructed of rectangles, and close fit had to be achieved with ties.  Where it ended up 150 years later was one of the oddest, and most extravagant fashions that has ever been worn by both men and women at the same time. I'm talking about the neck ruff. 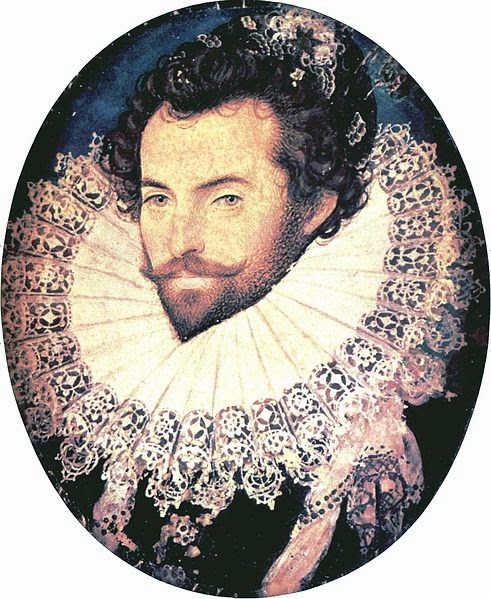 In order to close the shirt around the neck, an narrow cord or ribbon was threaded through a channel mounted just near the edge and then pulled to gather it together. The result, was that a narrow frill of fabric stood out above where the cord was located.  In short time this frill was made larger, by placing the draw cord further from the neck opening, then it began to be decorated with embroidery, and occasionally beads, or even spangles. 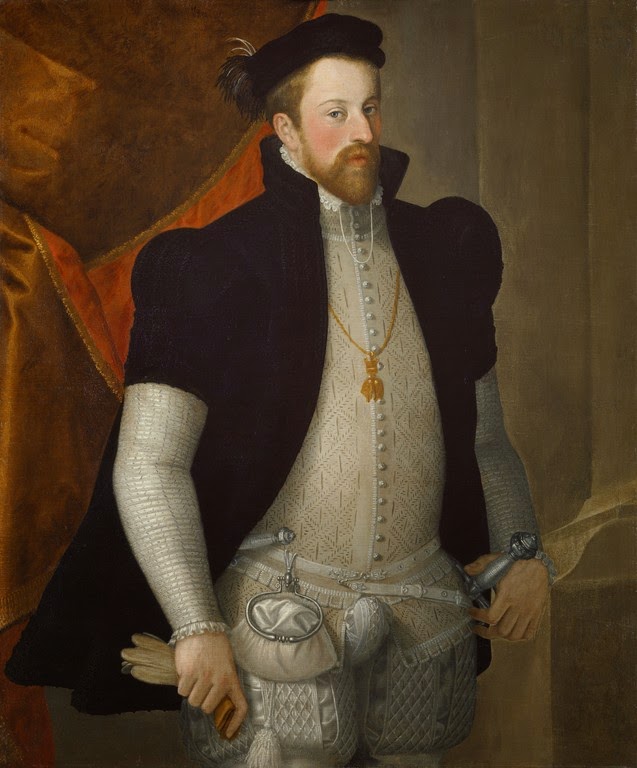 Technology frequently steps in to help us achieve the extremes we dream about. This is no less true with the ruff collar.  Once it happened that the ruff was a separate item from the shirt, things began to undergo a rapid expansion, and elaboration, as is typical of anything we humans put our minds to.  First using starches, natural gums, and special shaping tools, ruffs were stiffened into shape.  Of course when they inevitably became food and wine stained, they had to be cleaned; which meant having the expensive stiffening process redone. 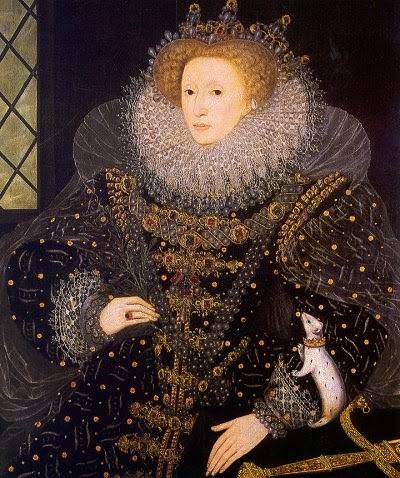 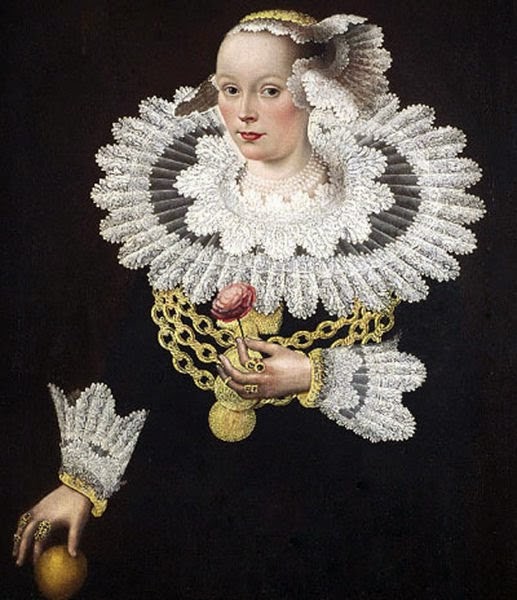 Wire began to be used routinely in ruffs, which removed the need for costly and time consuming starching, and had another advantage.  Under-wiring the ruff meant you could go bigger, much, much bigger.  Eventually the ruff collar expanded to such a size that heads looked like they were disembodied, and resting on costly platters. 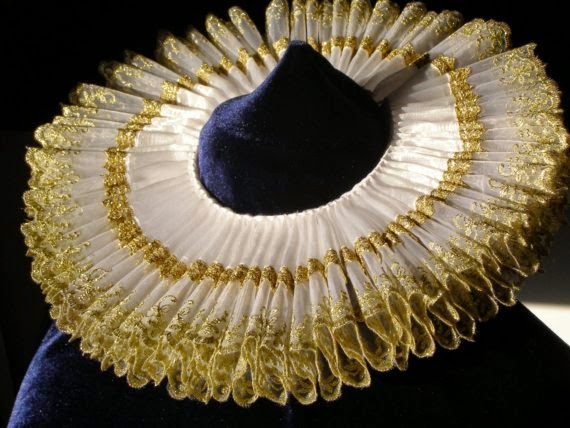 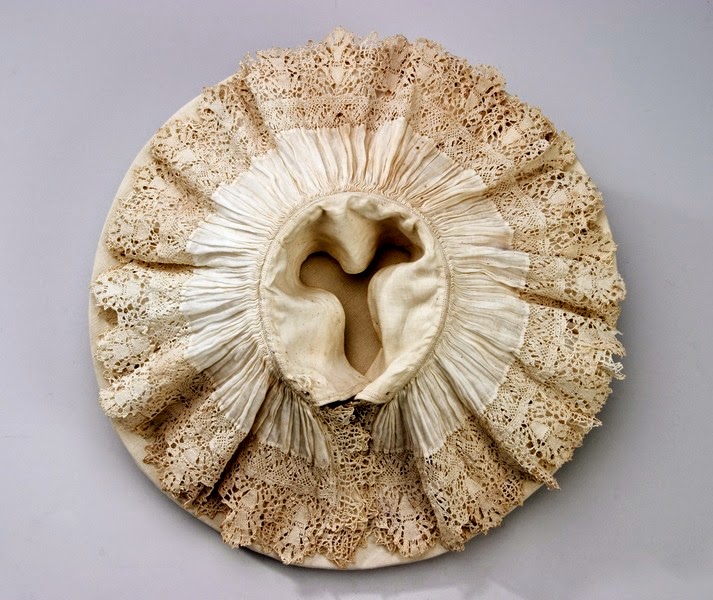 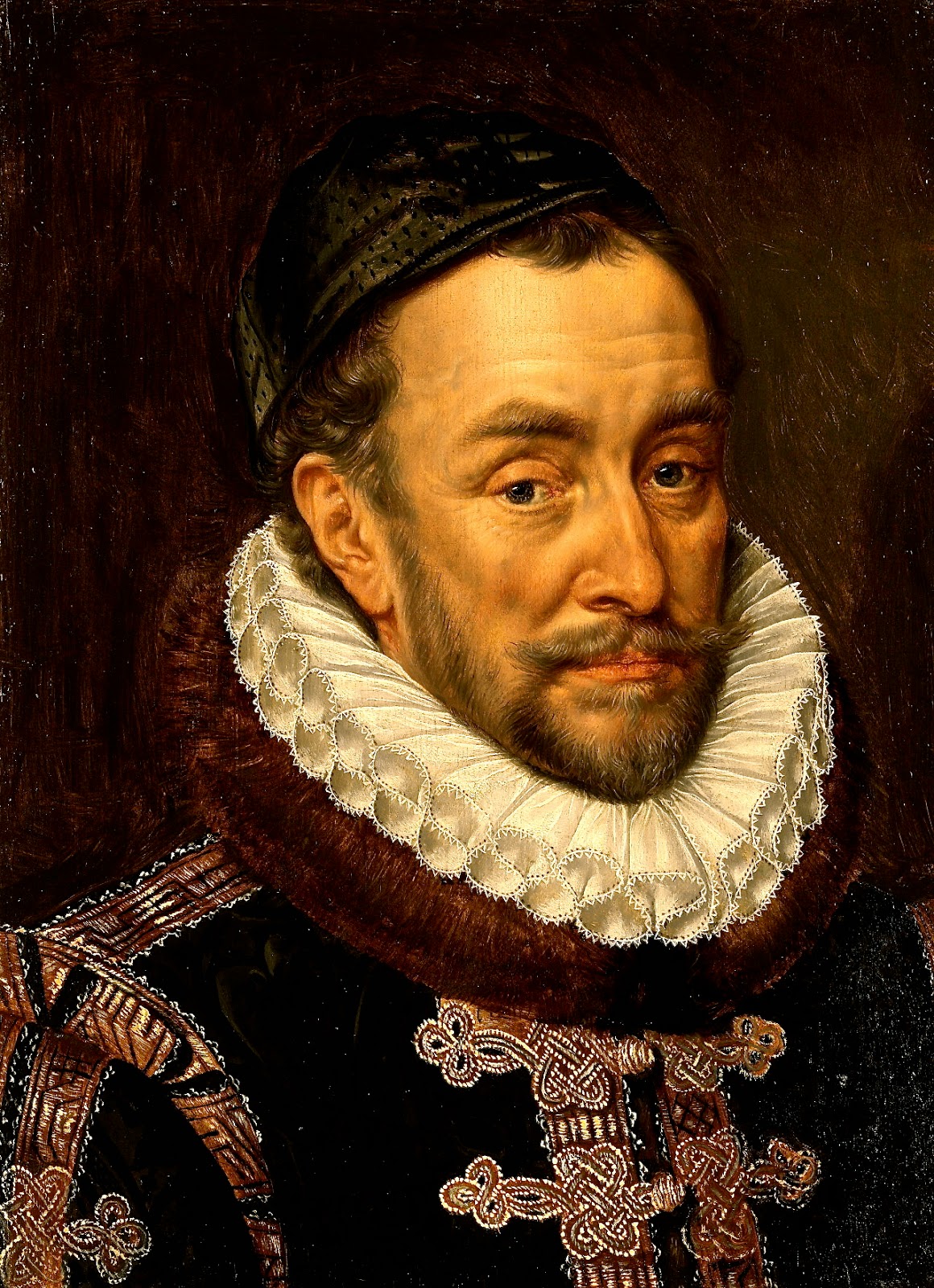 At first ruffs were made of fine lawn, or linen, but as they gained in popularity they became elaborated with braids and galloon.  With the advent of lace in the late 1400's, and its consequent rise in complexity, it became the thing to add to ones ruff to display incredible wealth.  So as you move through the 1500s the proportion of fabric to lace changes; more lace, less fabric.  When you consider that your average bobbin lace of about 1 inch of width requires a skilled lacemaker a week to create one yard, it becomes obvious that a ruff could, depending on how wide, and how tightly rolled it was, consume a dozen or more yards of lace in its creation.  So when you look at some of the portraits here, consider the outrageous numbers of person hours consumed to create these monumental structures. 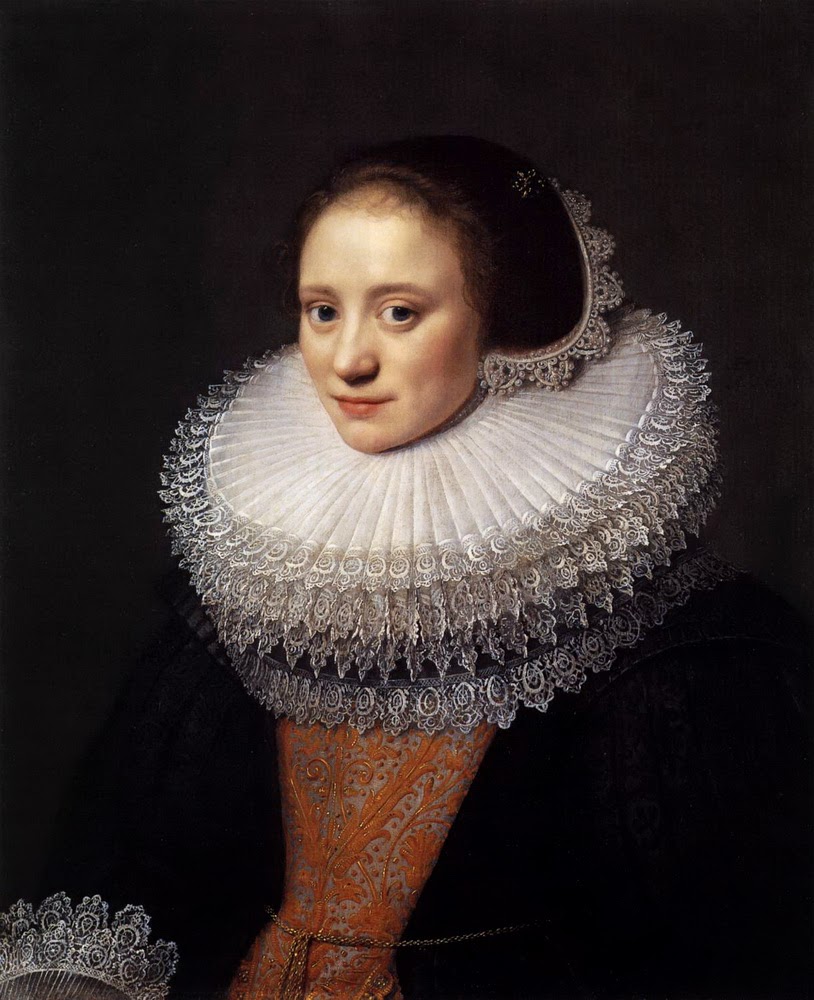 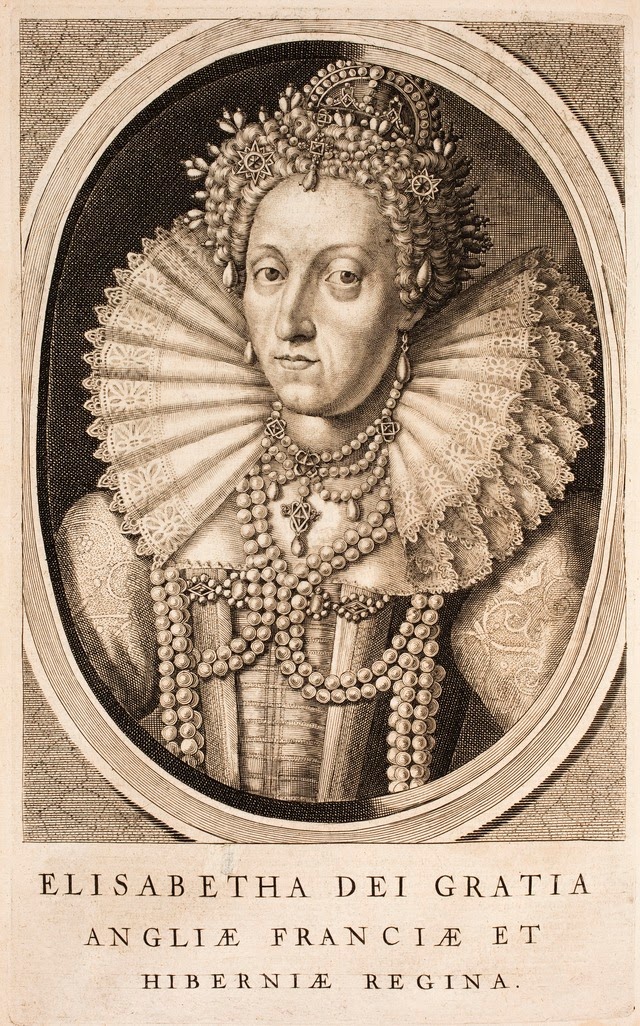 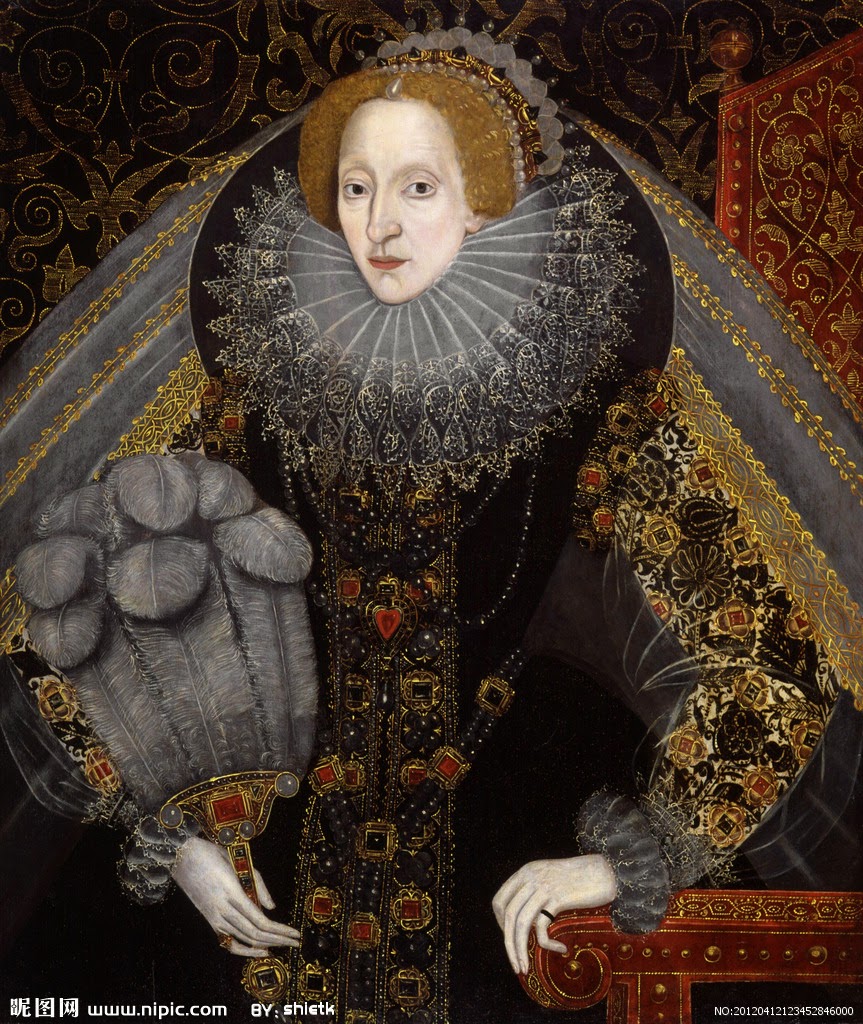 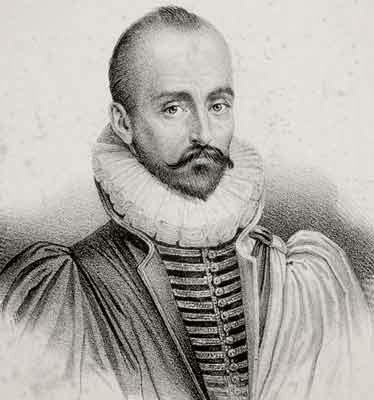 The neck ruff was a continual part of the dress of women and men for over a century, taking full hold before the end of Henry VIII's reign, and continuing well into the 1600s.  And it still has appearances now and again in high end fashion, though it has never caught on again in any real way.  But one can never be too sure about these things.  Though we seem to be fearful of change, we are surely just as dazzled by it.  The ruff might just come around again sometime.
Posted by Paul G. Ellis at 3:28 AM