As the fourth entry for my One Shot week, something else that's extra special.  This garment resides in the Met's extensive collection, and is one of the oldest complete ensembles they have. 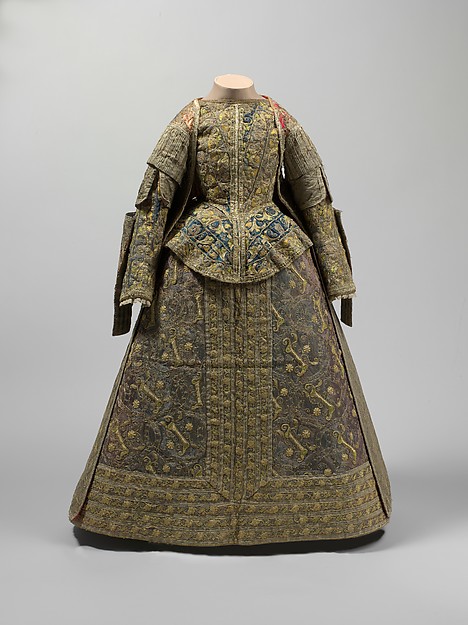 This is the sort of gown that would have been worn by the highest, most influential, and certainly the wealthiest members of the Spanish court.  And its survival is most likely due to that fact.  Garments of this type, formalized as they are, are meant to convey indisputable status. The woman wearing this gown would instantly proclaim that she was a person of power, and wealth.  Also, the manner of the decoration speaks about her education, and tastes, to those who are schooled to see the cues correctly.  To all others, this is meant to create a reaction of deference and respect, cementing class distinction, and assuring that she would get what she wished with minimum fuss.
Its an extraordinarily rich garment in its decorations and details. In fact, there is hardly an inch of its surface that is not embroidered with silk floss, or metal wound cording, and threads of gold and silver.  Some of the decoration is padded for relief, and the imagery is primarily of repeating pairs of trumpet shaped flowers, with yellow green centers. 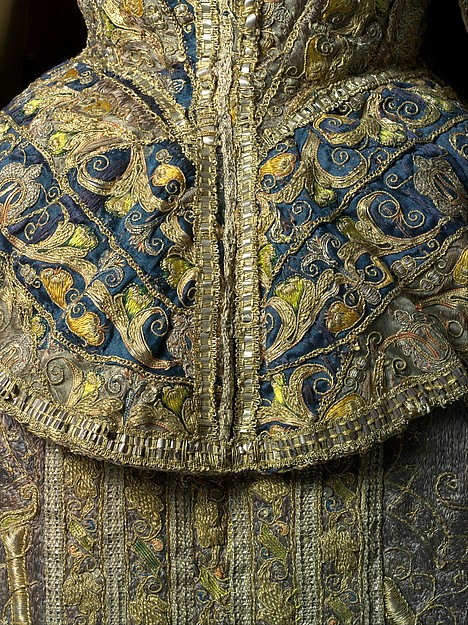 The skirt is both embroidered on its surface, and decorated with five parallel rows of broad metallic brocade trim.  The cone shape of the skirt would be held to out with a farthingale of either padded or boned hoops. 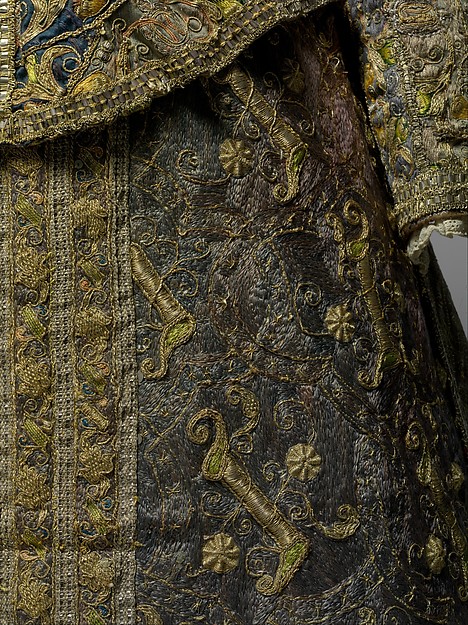 The bodice has a round torso, in keeping with the cone shape of corseting at the time that made no allowance for a woman's actual form.  The deep basque at the bottom is meant both to create a visual transition from skirt to top, and also to evoke the current fashion in menswear for skirted doublets.  It has another function also, it hides the essential ties and tapes that hold the lower body to the upper. Very often dresses like this were tied together, top to skirt, to keep them from slipping out of position.  The sleeves are straight cut, and fairly close fitted. 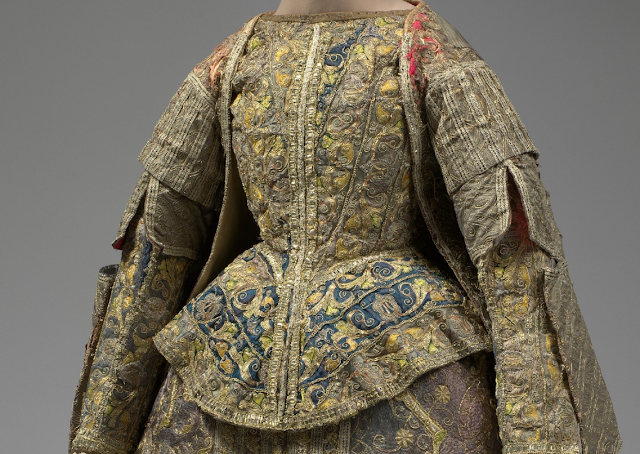 Then at last there is the floor length coat, which really serves little real function, since its actually only half a cost.  Only the back half of the body, and the arms are covered.  Its real purpose, above any considerations of warmth, is to create another avenue through which position and importance can be related to the viewer.  Being able to afford an essentially purposeless garment, and have that same article covered with lush decorative detail could do nothing other than reinforce the prominence of the wearer.  The hanging sleeves of the coat are actually a hold over style from the 1400s, and they would continue as a style choice for a bit longer, to finally disappear in the 17th century. 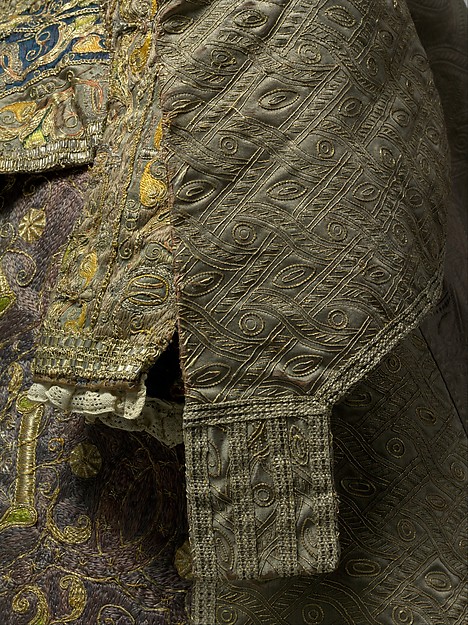 What is completely absent from this assembly of garments is even the least hint of sexual availability, or interest.  If anything, these clothes stand as a stern warning against transgressions of any sort, including invitation to sensual play.  As such this is also a strong example about the tight constraints that women, even women of power, had to contend with.  Its a great thing indeed that women are finally literally shedding the last vestiges of this suffocating, if gorgeous, cocoon. 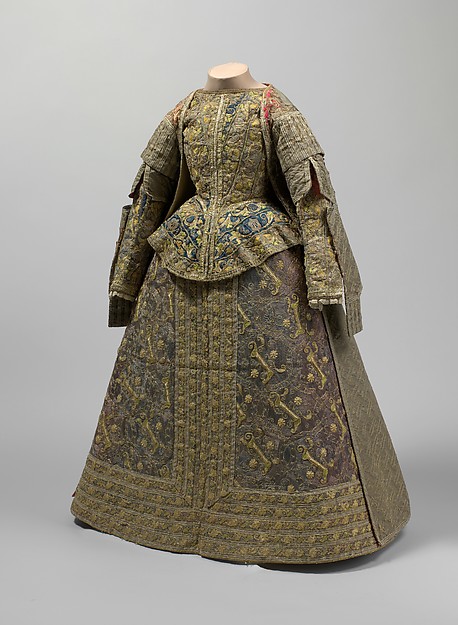