The third entry in my week of One Shots is this extraordinary doublet from about 1620.  Part of what makes it a find, is that there is only one other known example of this doublet type in existence, at the Victoria and Albert Museum in London. 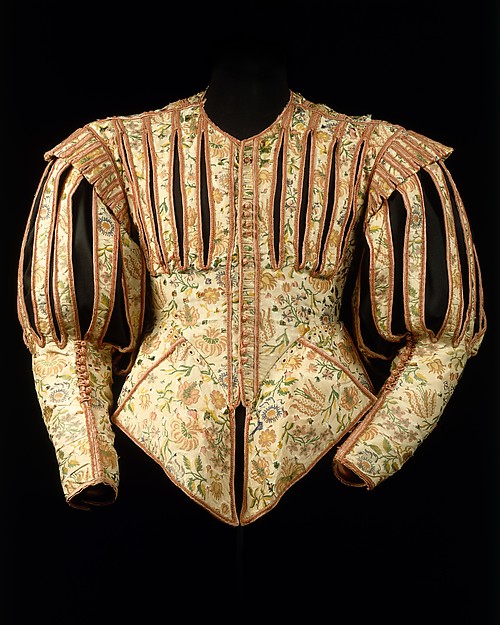 As the 17th century began, the visible waistline, which had been a trifle above the natural point before, started to rise further, till it stopped just under the ribcage. This change happened for both women and men, and created a curiously filled out appearance, since for most people, that point is one of the widest on the torso.  The combination of the broad deep points of the doublet skirt, the extending shape of the shoulder wings, and the breadth of the upper sleeves combine to accentuate this already widening aspect of the design. 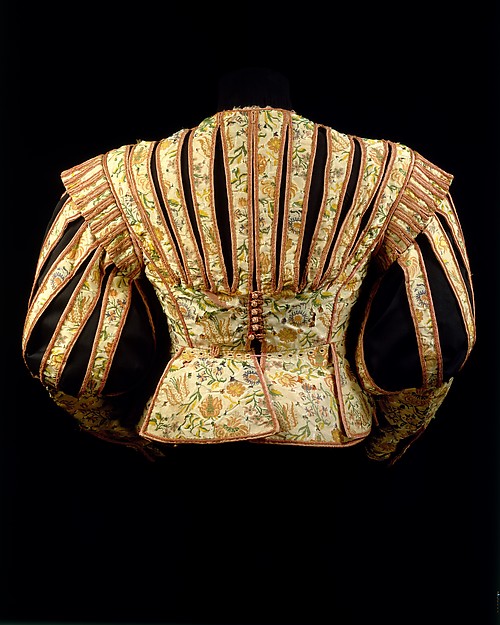 This doublet is made of a luxurious floral silk brocade that has been extensively decorated with pinking, and slashes on its surface.  The upper sleeves are divided into 10 slashed bands, each one trimmed with braid around the opening.  The chest front is also divided, and when the shirt fills it out, it creates the illusion of a larger chest. 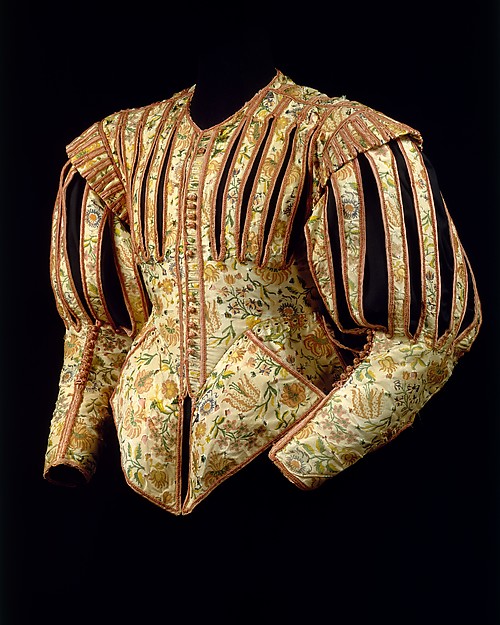 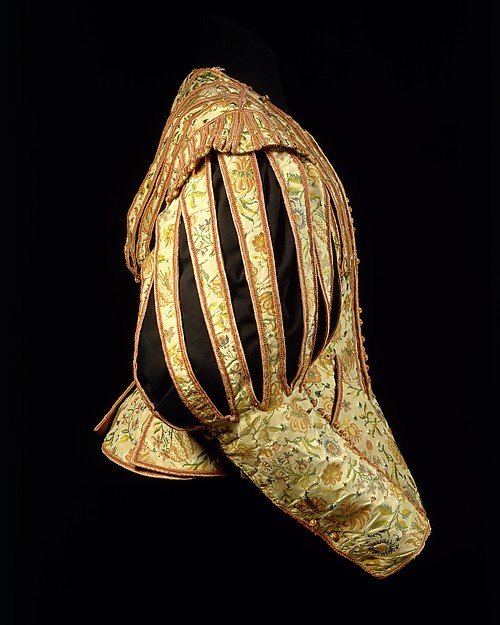 What is most curious of all to me is that this doublet buttons both on the front, and on the back.  The buttons on the sleeves are purely decorative, ones, but the front and back buttons are functional.  I can see that stepping into the doublet and having your servant close the back would take less time than the other way round. 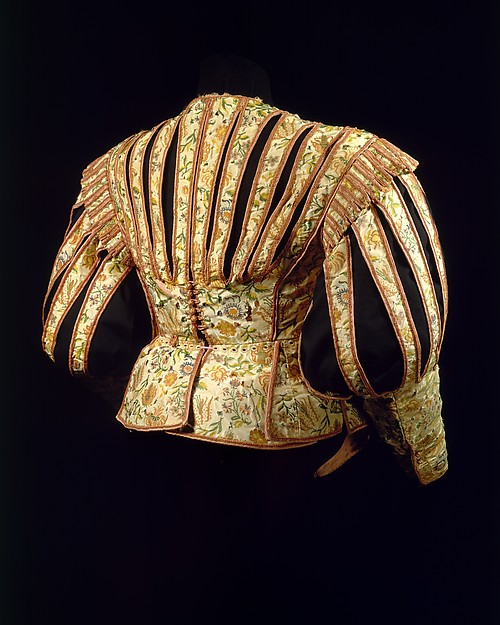 The same trimming is used on nearly every structural detail and seam line, which was a common method of decorating a doublet at the time.
The finished look required breeches that emerged from just under the waist point, making men look quite short-waisted and broad hipped.  Worn with stockings, very often with high topped boots, a broad lace collar and a vast plume trimmed hat, and we have the beginnings of what we have come to see as the Cavalier or Musketeer fashion. 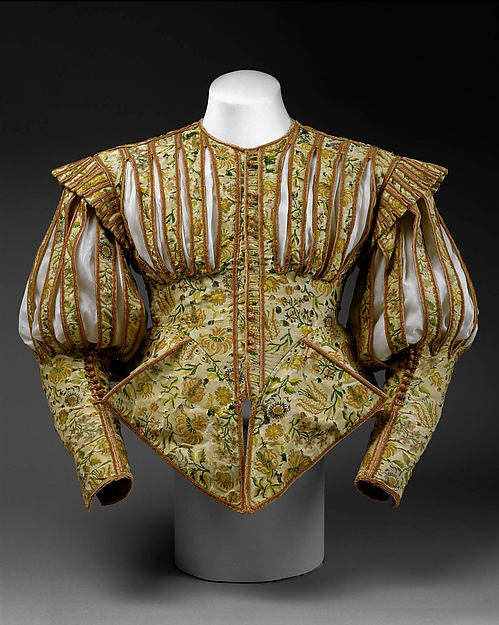 We are lucky indeed that this garment has survived.
With grateful thanks to the Metropolitan Museum of Art.
Posted by Paul G. Ellis at 4:22 AM