I did a post, by vid, yesterday, about the fact that each of us can transform ourselves using the language of Attire if we wish. We can, each and all of us, become something entirely different, if we choose to present an image that not only others will believe, but we ourselves can fully get behind.
There is no person in human history I can think of that has taken this concept, and run as far with it as this one; Elizabeth Tudor, First Queen Elizabeth of England. 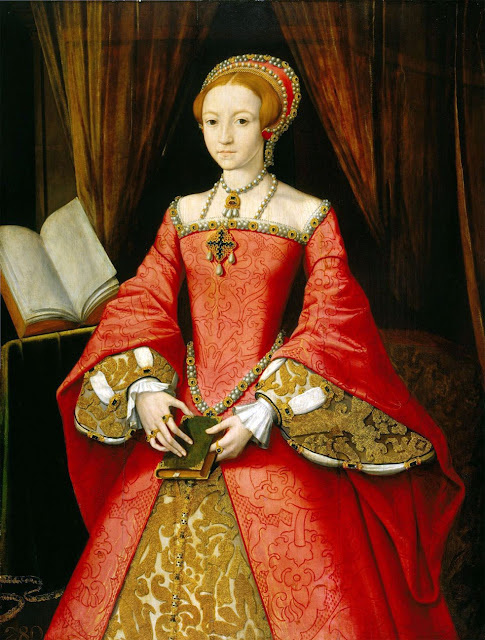 Coming from a precarious beginning, Elizabeth Tudor, named bastard by her own father Henry VIII, waited years, essentially in exile, while her sister Mary ruled England, and nearly destroyed the country in bloody civil war. 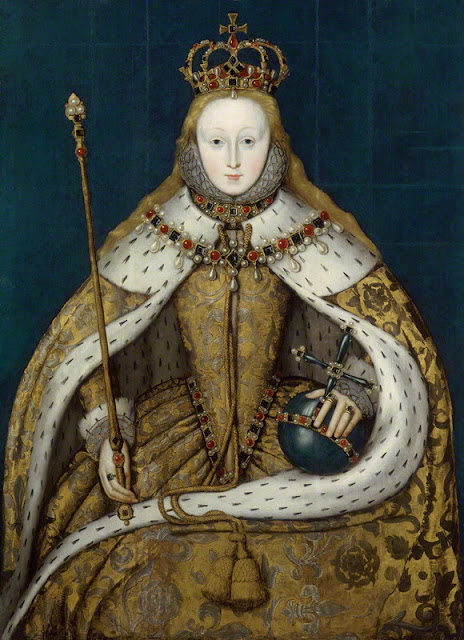 When she came to power, those who still survived from Mary's court, thought to rule her as a young, inexperienced, and above all female, monarch.  How wrong they were.  Through a combination of intellect, education, guile, prevarication, and wit, she kept the wolves at bay her entire long reign, (15th of November 1558, to her death on 24th of March 1603)  How did she manage it?  She created a persona of such extraordinary power that those who saw her, felt unable to contest her.  Even the Spanish, who coveted England relentlessly, eventually came to respect and fear her singular persona.  No one I can think of in history has chosen, consciously, to make themselves over into something, someone else of such potency. 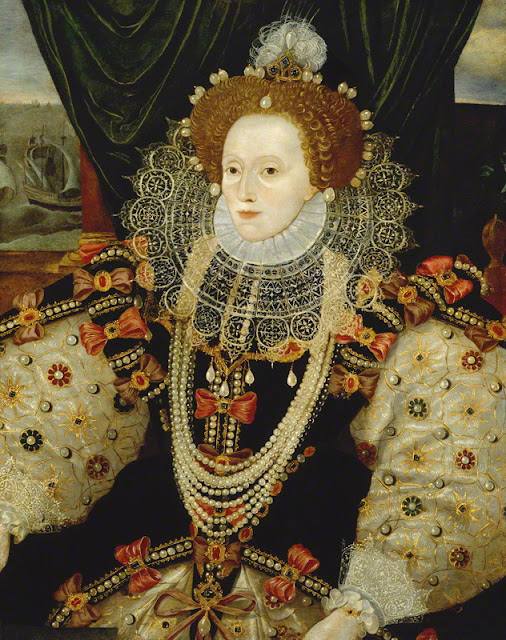 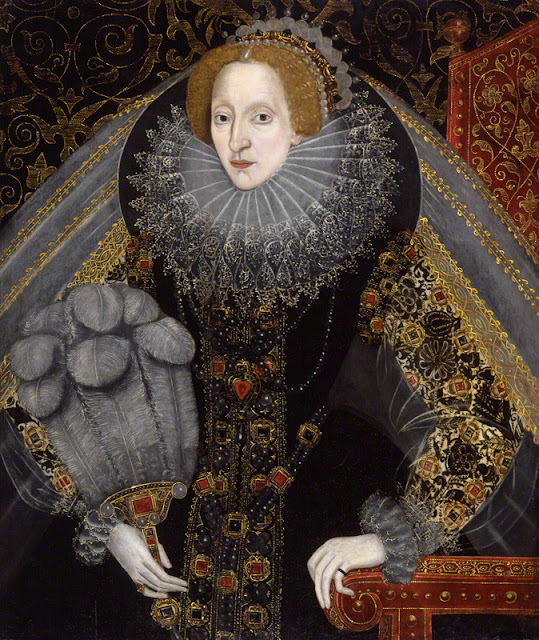 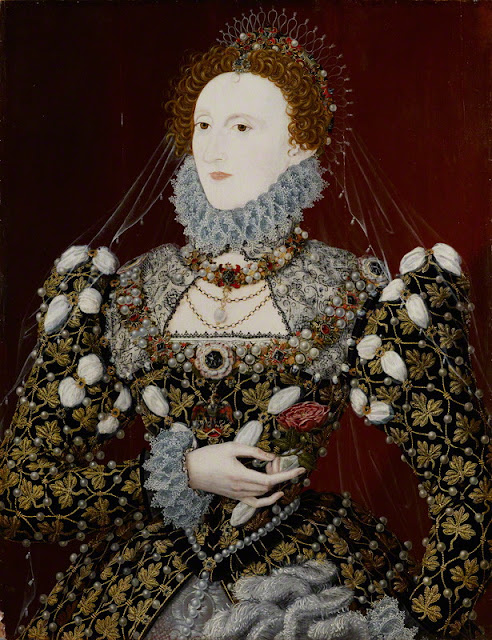 So my point, which I began with yesterday, is this.  If you want to be more than you currently are, if you think that the world is not big enough, or fine enough, or bright enough to hold your spirit, then expand yourself on your own.  Take a cue from Elizabeth and make of your life what you wish it to be.  Use this vast and varied language of Attire to say what you really want to say. 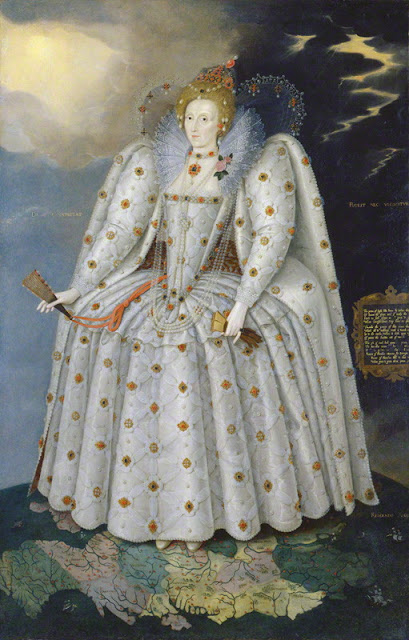 Ultimately we owe little, perhaps nothing, to those around us for the reality of who we are.  And why should anyone but ourselves be the determinant of our life's path, and how we manifest ourselves in it?
Take the time to look deep into yourself and what you want, and make the apparel you choose, whether its expensive, second hand, or made at home, reflect those choices.  Most people will see your meaning, if you are being true to yourself.  And those who will not, are not worth your consideration, for they aren't interested in knowing your truth.