The Robe a la Francaise was one of the most widely copied fashions of the 18th century, spanning all of Europe and Russia, and extending its influence to the Americas.  Composed of an open fronted gown, a usually matching decorated underskirt, and a stomacher to hold the dress around the frame, it was a descendant of the gowns of the prior century, which incorporated many of the same elements.  What made it significantly different was the huge open volume of pleated fabric that flowed freely from shoulder to hem on the back.  It was so immensely popular that it held sway, unchallenged, for nearly 60 years.  It was a style that allowed for endless variation of ornament, and because both the under skirt and stomacher were separate, they could be changed out to alter the appearance of the gown with ease.  One thing that was quite common, especially in colder weather was the use of densely quilted under skirts. 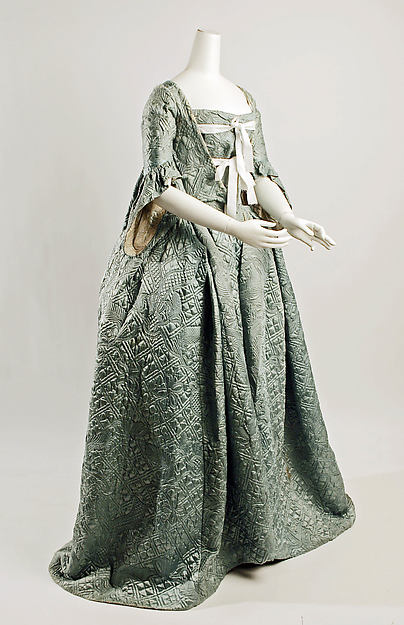 Which brings us to today's One Shot.  Its rare enough to see an example of the quilted under skirts or Caracao jackets that were so popular. What I have never seen before is an entire ensemble that is quilted.  Even the stomacher is quilted to match.  Remember that every stitch of this is hand done. The whole surface is tightly worked in a pattern of trellis work, and arcing flowers.  It must have required hundreds of hours of labor to do. 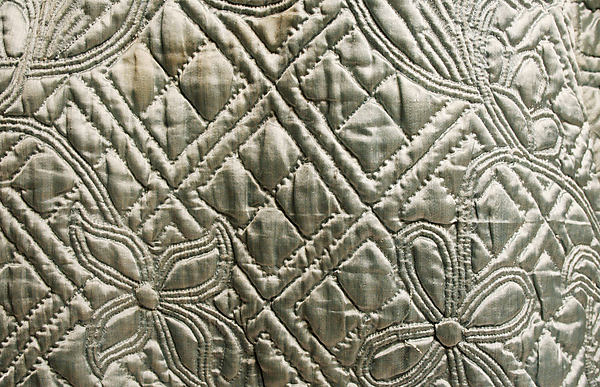 Quilted work was considered day wear, and suitable for travel. It was also, as I said, useful in winter months. So its likely that this ensemble was made for travel in winter, or simply to keep milady warm at home in some drafty chateau.  Though it was commonplace for dresses to be lavishly ornamented with trimmings, laces, and flowers, quilted garments rarely were.  Most often the design of the quilting was considered enough.  It was also a more subtle way to express wealth, conveying along with it a restraint, and elevated taste. 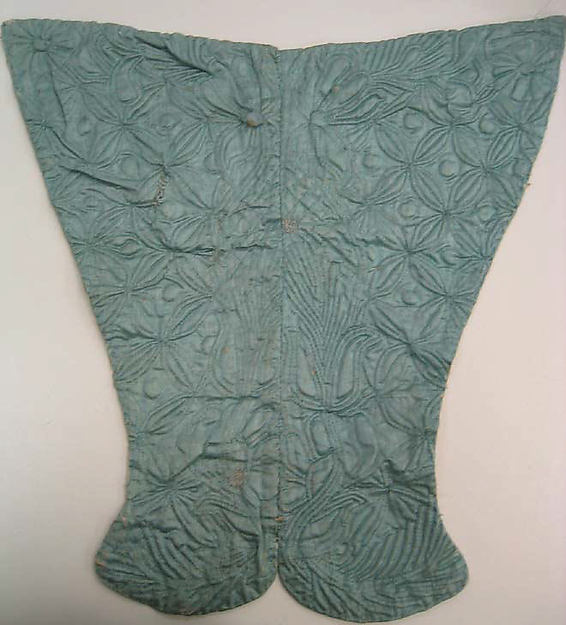 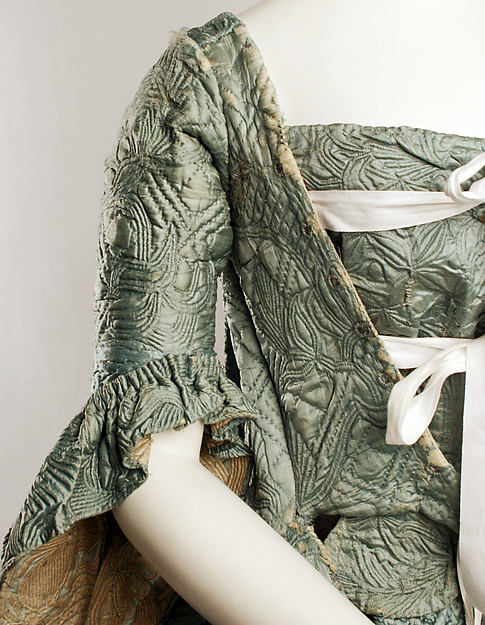 The calm greenish hue, is most likely significantly faded from its original condition, and the backing of the quilting is shredding, as you can see in the detail that shows the inside of one sleeve.  But the overall effect of the dress is undiminished.  One of the things I like so much about this gown is that it distills the idea of the robe a la Francaise down to its essential terms, allowing the inherent grace of it to come forward. 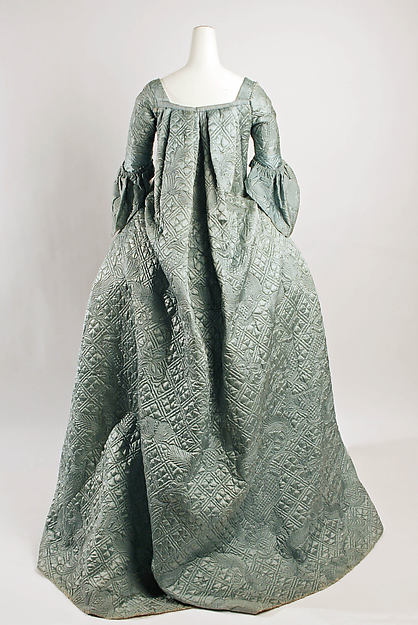 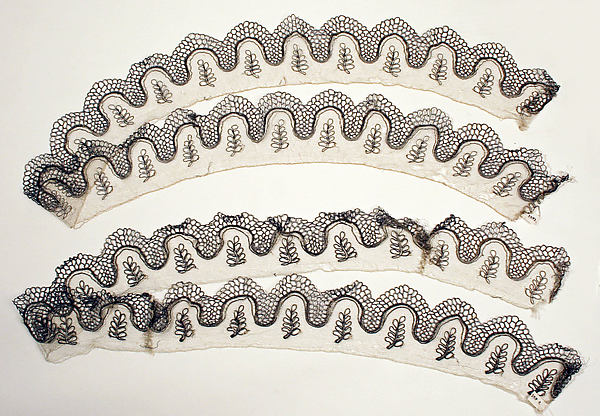 A final bit of luck with this garment, is that it survives with the lace pieces that would have been worn tucked into the bodice corsage.  The simple black and white lace would be a fitting accessory to this gown.


With appreciation to the Metropolitan Museum of New York
Posted by Paul G. Ellis at 9:28 AM