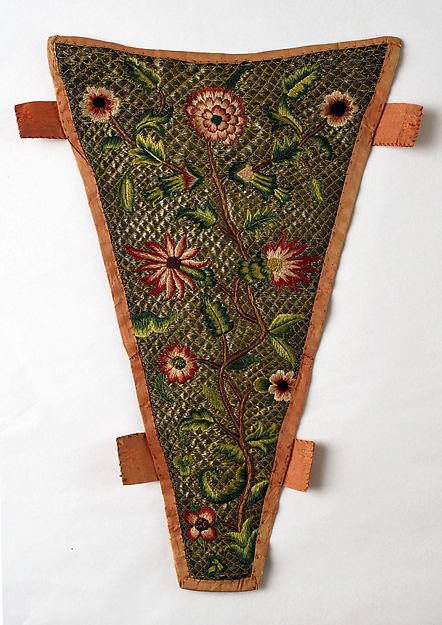 By definition a stomacher is a triangular piece, separate from the gown, that was laced, sewn, pinned, or otherwise temporarily affixed between the two sides of the open dress, to connect it across the torso.  Sometimes it was heavily boned, and stood as part of the corseting women endured.  Sometimes it was entirely decorative, and was simply used as a cover over the corset.  In proportion it shifted considerably over time.  And at the end of its primacy, the lower point was so sharp, and reached so far down, that sitting became problematic.  The upper edge sometimes concealed the majority of the breast, and at its most revealing, left the nipples exposed, which were then covered with bits of lace, or shawls called fichus. 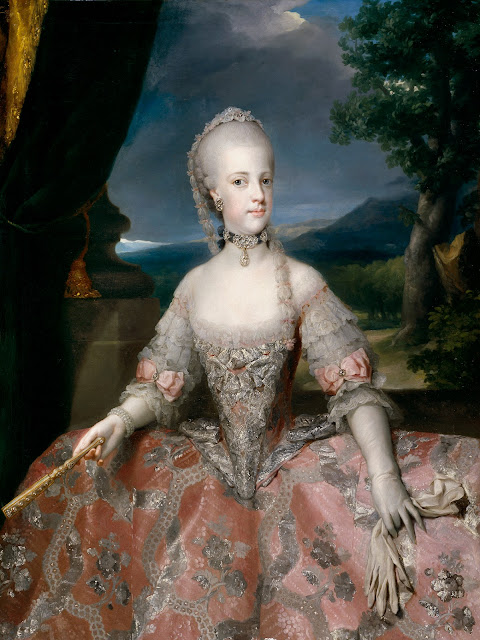 Apart from its practical function of closing the front of the open gown over the body from upper torso to waist, it performed as a prime place for decorative imagination to be expressed.  At the highest end, stomachers were made up with precious metal laces, strewn with real jewels, and densely embroidered.  The stomacher was a versatile item as well, allowing a lady to significantly alter the look she was wearing, by trading out a simple stomacher of a row of ribbon bows, for one more extravagantly decorated.  Since they were simple to construct, and fairly small, they could be easily made up by a lady herself, so they became a strong marker of a woman's tastes and skills with the needle.  They were also sometimes given as love gifts, because of their potentially great expense, and also because of where they sat on the body.  A gentleman giving a stomacher to a lady, implied a high level of real, or desired intimacy, so they were not given lightly. 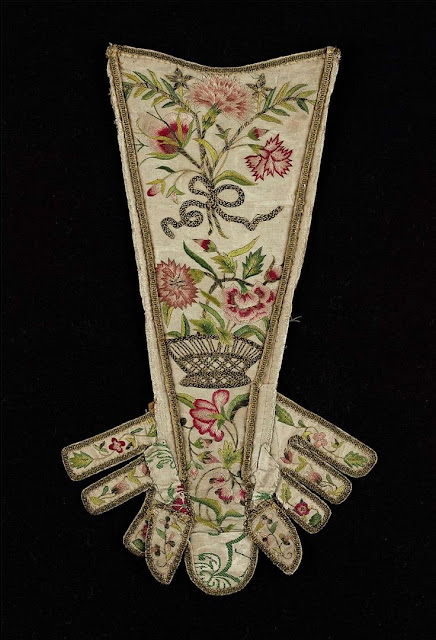 Connected to that, is the literal triangulation that they create on a woman's body. A stomacher, positioned as it is, points directly to both the secondary and primary sexual parts, like a trio of arrows saying here, here, and here.  So they also function as an unsubtle reinforcement of the primary roles of women in society at the time, sex, and progeny.   It is curious to think about that, especially with the boned versions of stomachers that existed, there was a kind of armorial protection implicit in their use and placement, rather like a cuirass, in men's armor.  It was as though a man was being told that, if one could get past the rigid door, everything would be his.  So a flirtatious game of invitation, and refusal got played out, with this simple three sided flat object. 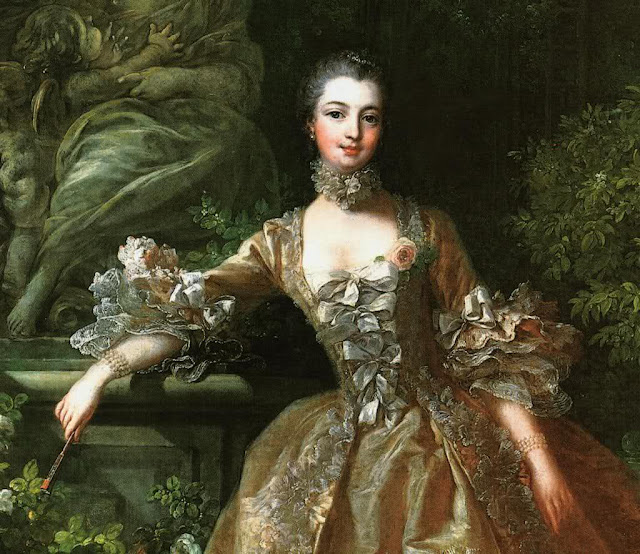 So here are an array of examples that show both the variations of shape, and some of the range of decoration that they employed.  We are fortunate that, because the boned versions were so sturdily made, many of them have survived to give us a glimpse. 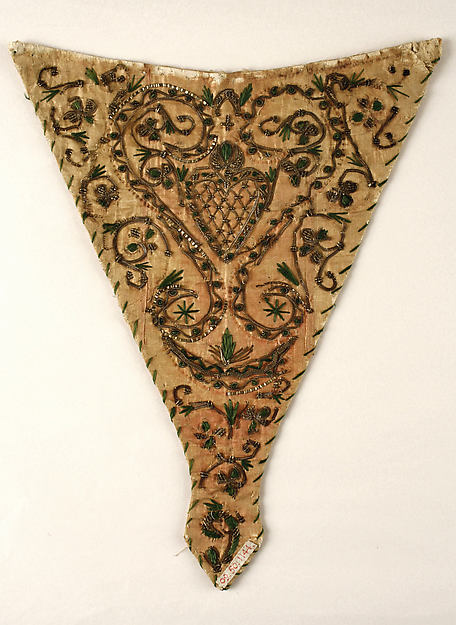 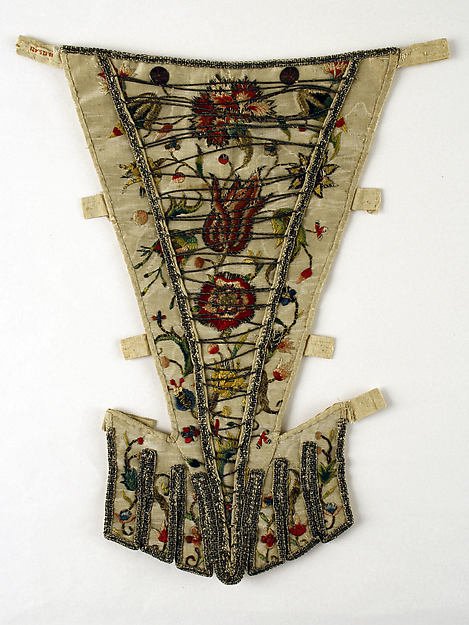 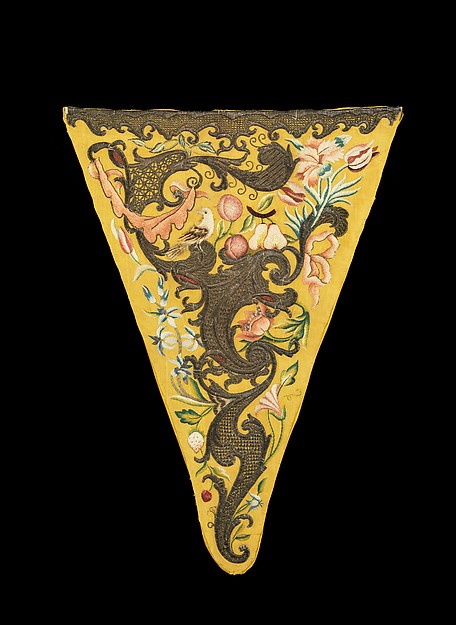 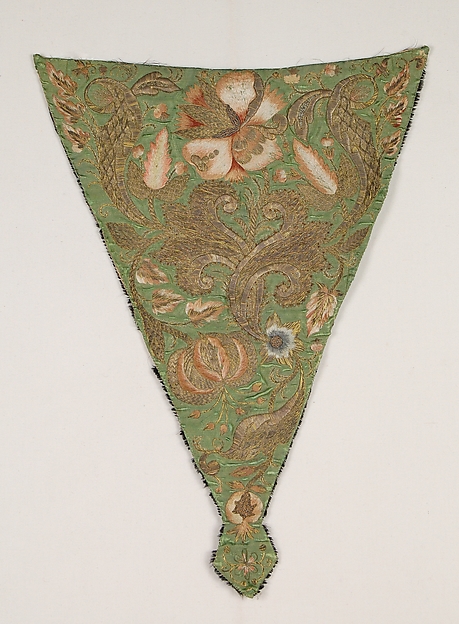 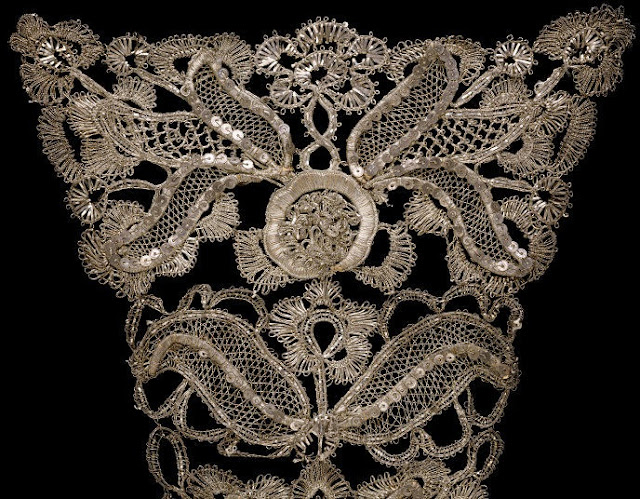 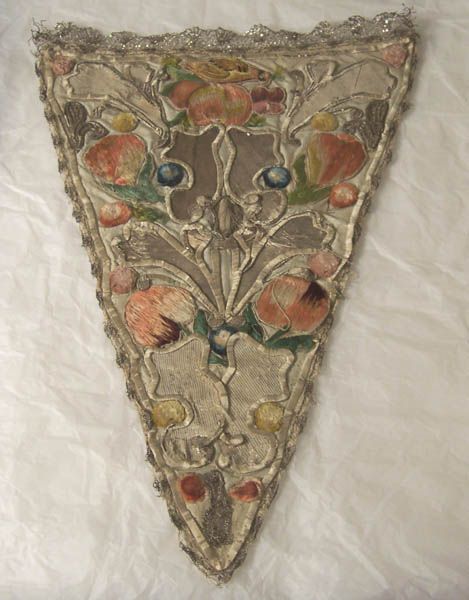 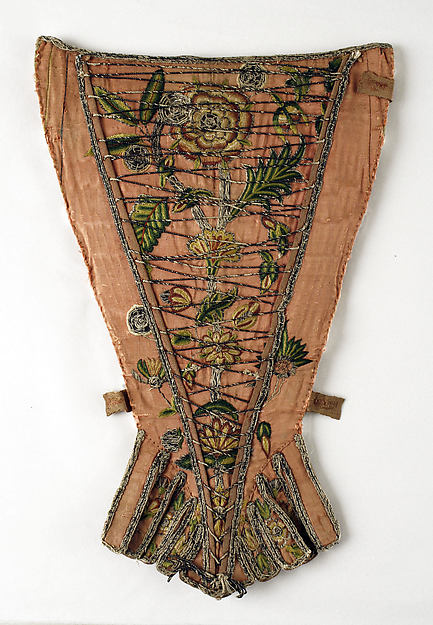 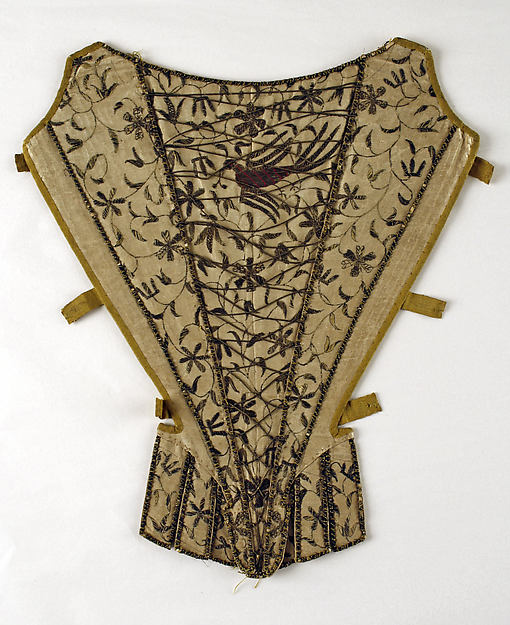 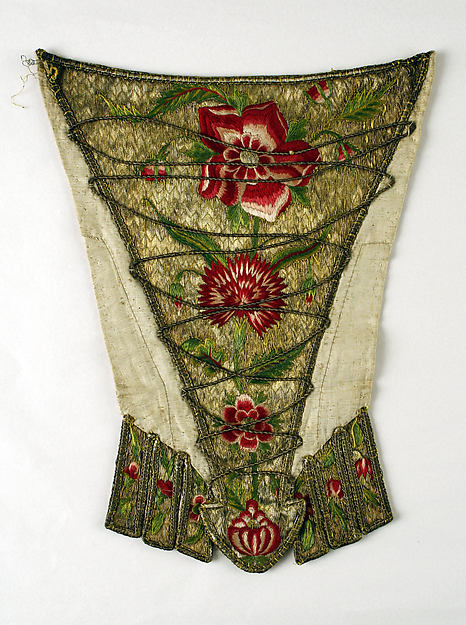 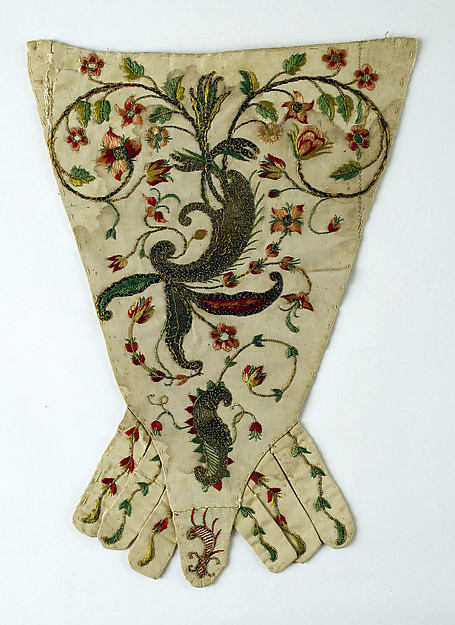