I am going to be dishing up a week's worth of one shot posts, because I have built us such a storehouse of marvelous apparel items that have sufficient detail images to make it worthy to do so.  And I wish to begin with this piece, a Hereford English working man's smock, possibly a shepard's smock. 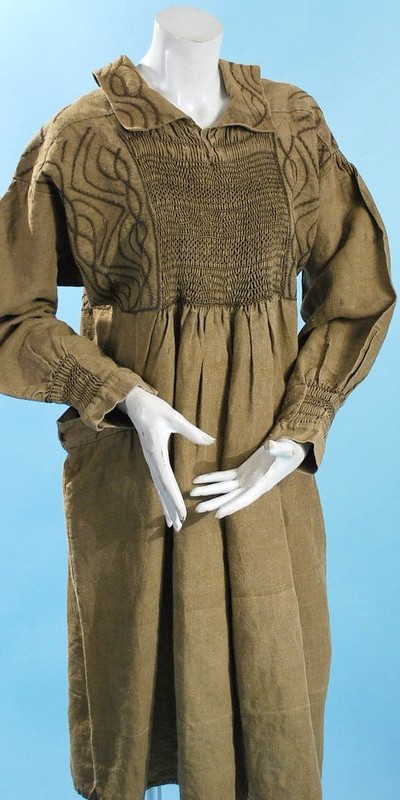 First it has to be related that the survival of this garment is head shaking stuff.  The clothing of working people almost never survives to show us how they actually looked and worked.  There are two possible factors that are in play here for why and how this made it well past the century mark.  The first is that the quality of the materials, and the very high level of work in evidence here suggests that this working man, whatever his trade, was pretty successful at it.  A less successful farmer or tradesman would have needed his wife's assistance a good deal, meaning she would not have had the time to hand to make up such a complexly decorated item.  As well, a farmer wearing this kind of work smock would have been marked among his peers as of somewhat higher status. The other possible reason is a familial fondness for this smock, as a memory of a beloved relative.  But whatever the real reason this has made it to the 21st century in such amazing condition, we can feel lucky, and grateful that it has. 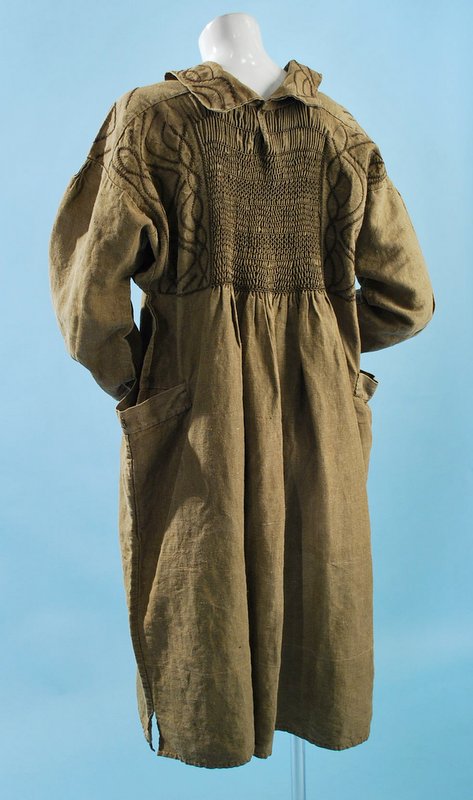 The knee length smock was a commonplace for the working class for centuries.  And for the truly poor, it was often the man's only garment besides a pair of shoes, and a hat.  This smock is made up in a sturdy, densely woven, homespun linen that still retains hints of its original naturally dyed green color.  The front and back are identically decorated with a complex pattern of wonderfully worked smocking stitch, The sleeve volume is confined at the wrist with more smocking on the outside half of the sleeve.  And the collar and sides of the smock are further decorated with heavily worked chain stitch embroidery.  Another indicator of the relative affluence of the wearer of this smock are the metal buttons, (mostly missing now).  A poorer smock would have had either wooden or clay buttons, or perhaps simple ties. 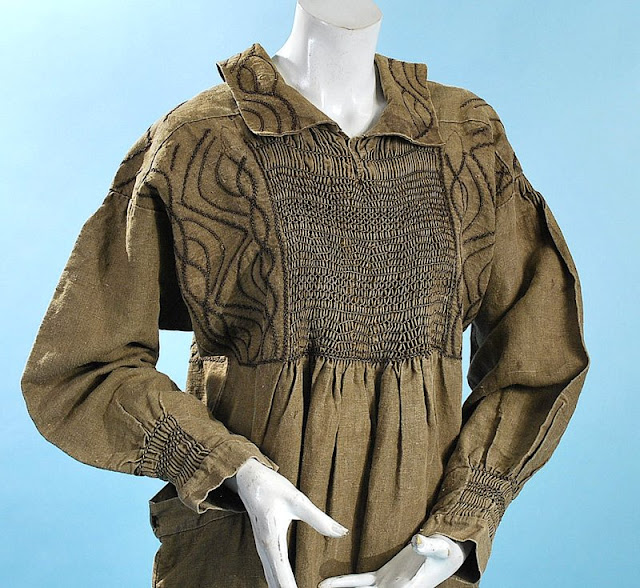 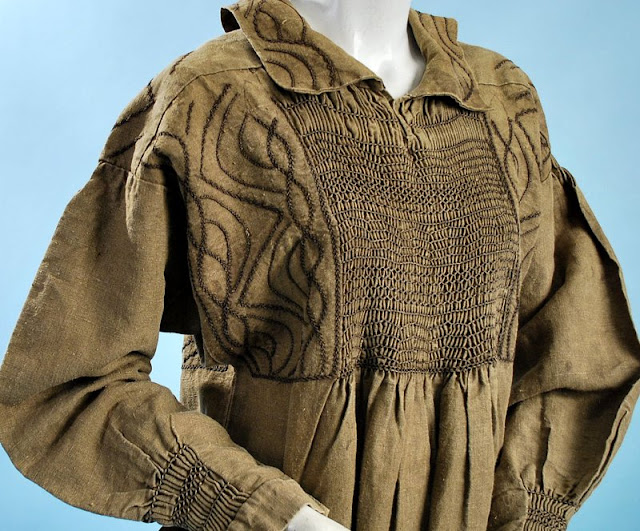 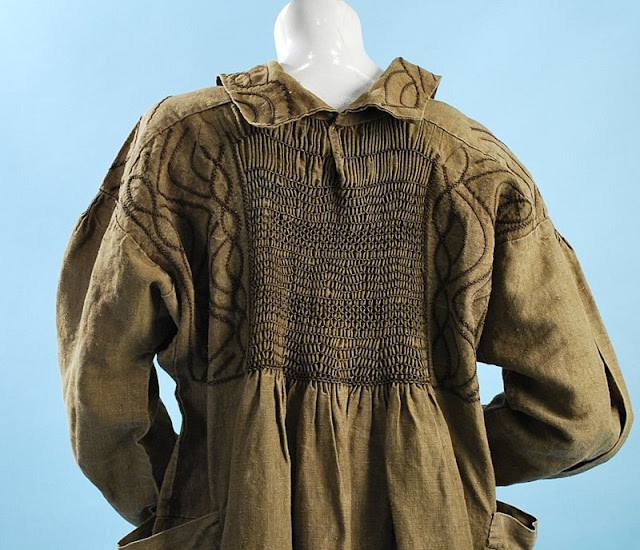 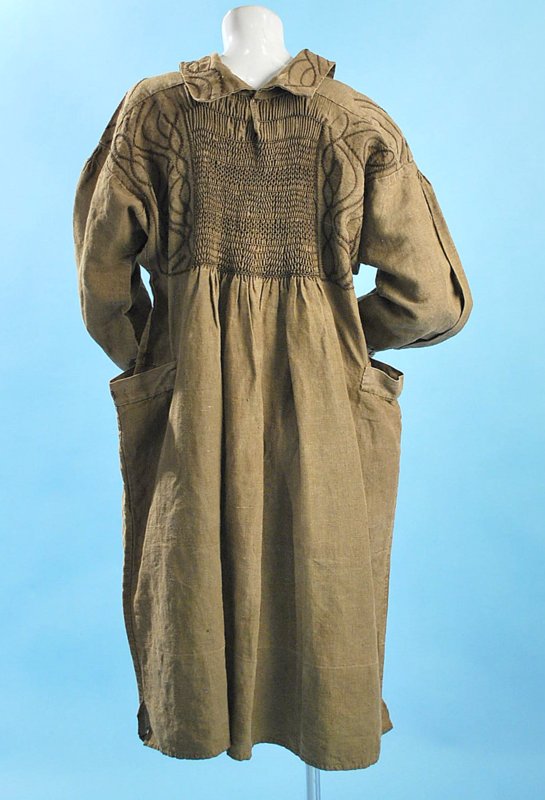 It is easy for us, from our position in time to romanticize a piece like this, imagining a wonderfully idyllic existence.  But regardless of how beautiful this is, its a garment meant for hard use, and the person who wore it labored long, and often.  It is sweet, though, to see that out of all that hard work, sometimes things of great beauty survive.
Posted by Paul G. Ellis at 8:51 AM