Today's One Shot is an intriguing look at a now vanished culture.  The Ottoman Empire, by the 19th century, was gasping its last after having existed from 1299 AD, expanding to enormous power and influence over the next 500 years, and beginning its decline in the later18th century.  It finally expired totally in 1922, when the Sultanate was abolished on November first of that year. 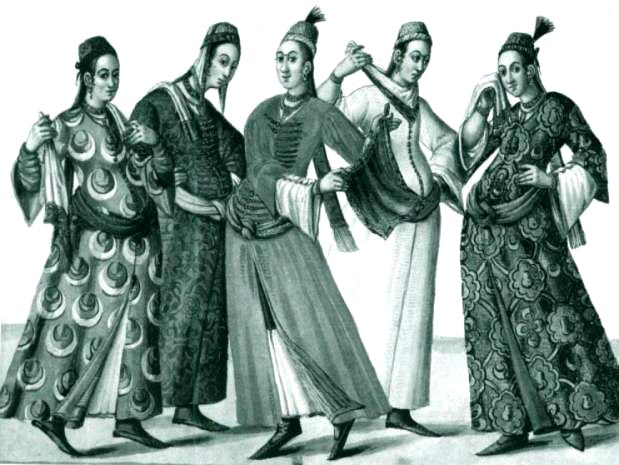 This insanely gorgeous thing is a woman's wedding ensemble, made in the later 19th century. The two pieces are a pair of trousers, that have been altered to have a zipper, and an open caftan style coat with no closures. 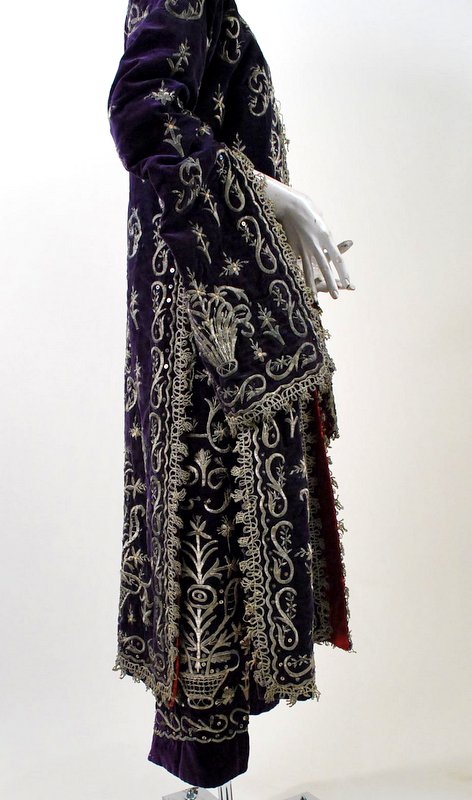 The fabric is an intensely brilliant, purple silk velvet, aniline dyed.  The embroidery is silver, real silver; in flat strip, purl, sequins and thread.  Its worked in padded, scrolling, and foliate forms over the entire surface of the coat, and over the fronts and sides of the trousers.  The edges of the caftan are decorated with an elaborate and delicate looking guimpe that recalls tracery work. 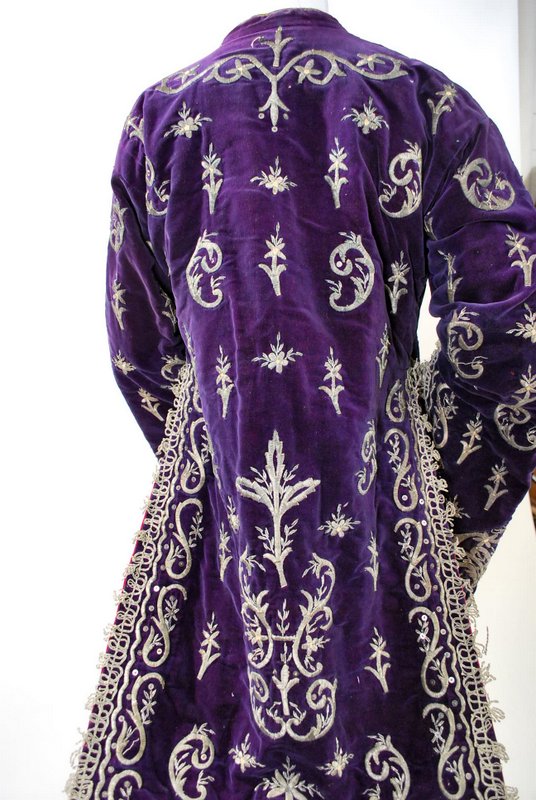 My understanding is that the red satin lining is a replacement.  Also of note, is the weight of this.  10 pounds of clothing, or more than twice the weight of garments we are used to wearing these days.  It doesn't look that heavy, but this is how you really know that's silver decorating the body of this.
Like in most cultures, the bride was presented as a valuable commodity, so no expense was too much to enhance her desirability.  Displaying in a concrete form, the wealth being brought to the union, was of great importance.  Consequently, this outfit, with its multiple pounds of exquisitely wrought silver decoration would have communicated exactly what the groom's family most wanted to see.  Wealth.
So take a good long look at the details of this extraordinary thing. 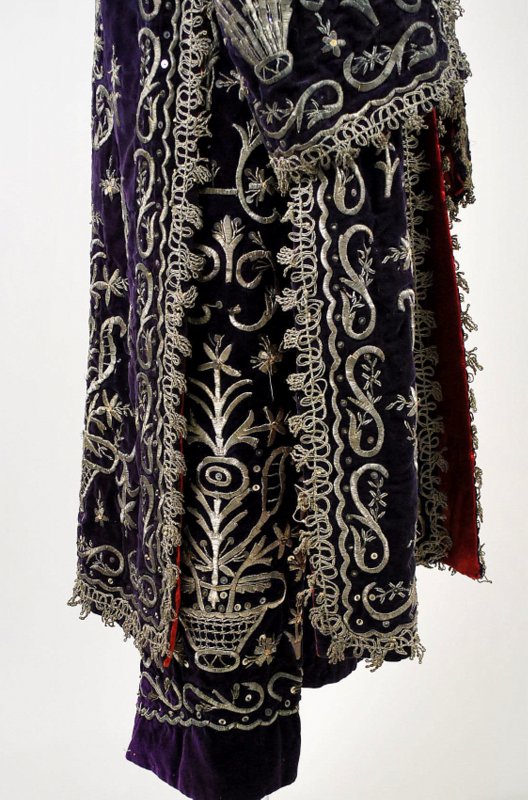 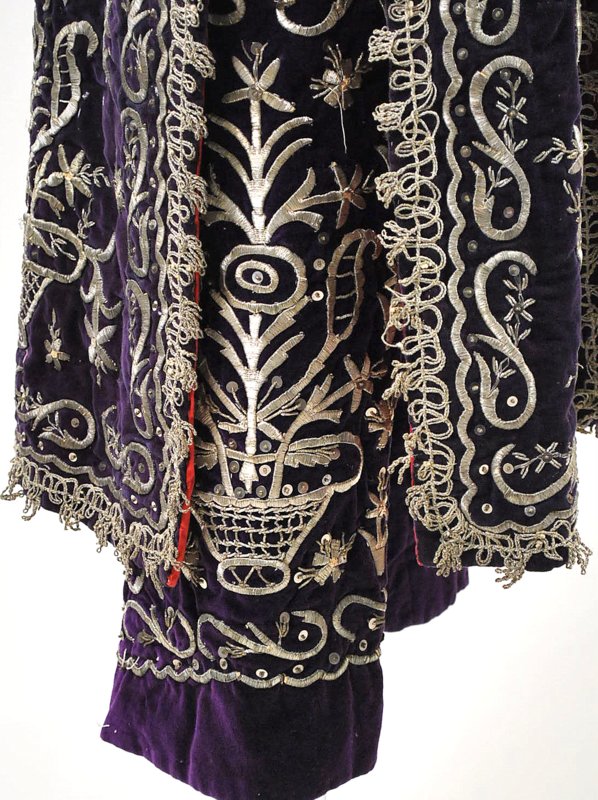 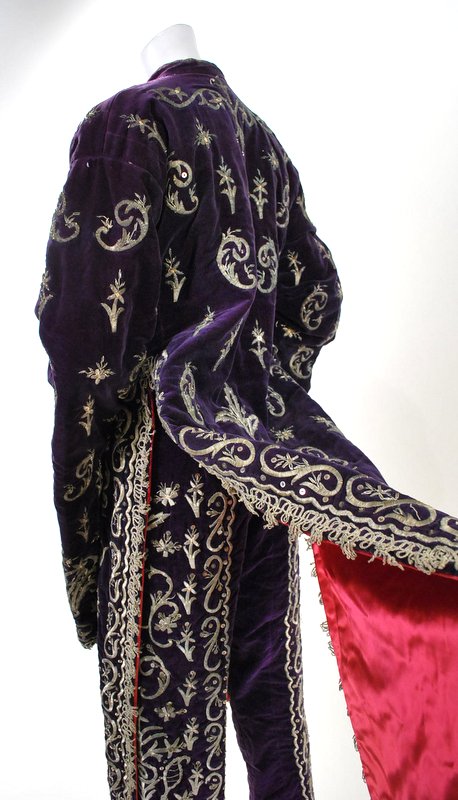 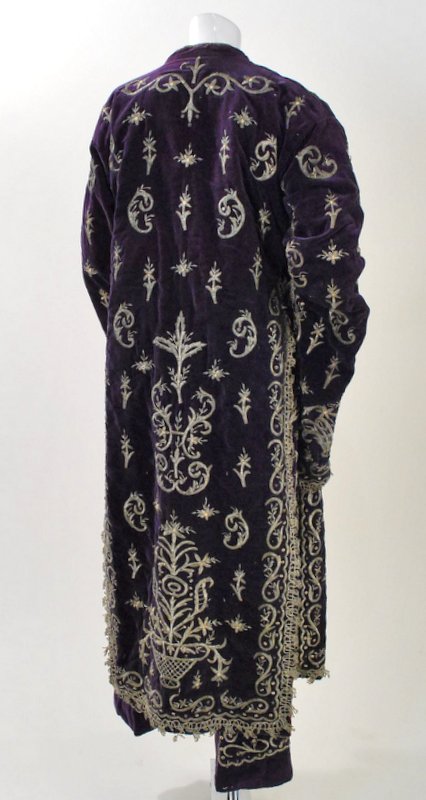 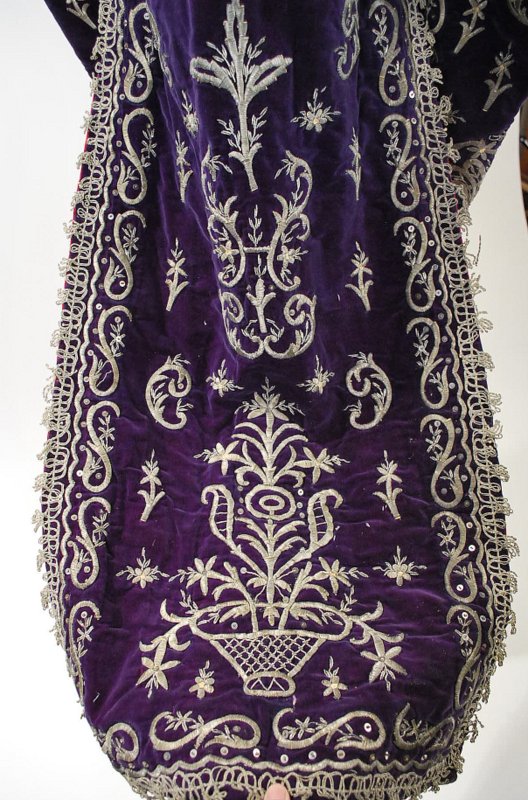 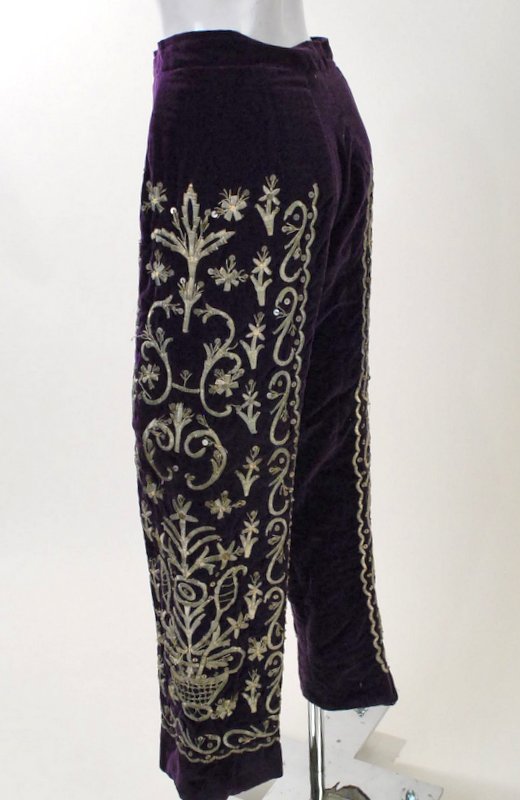 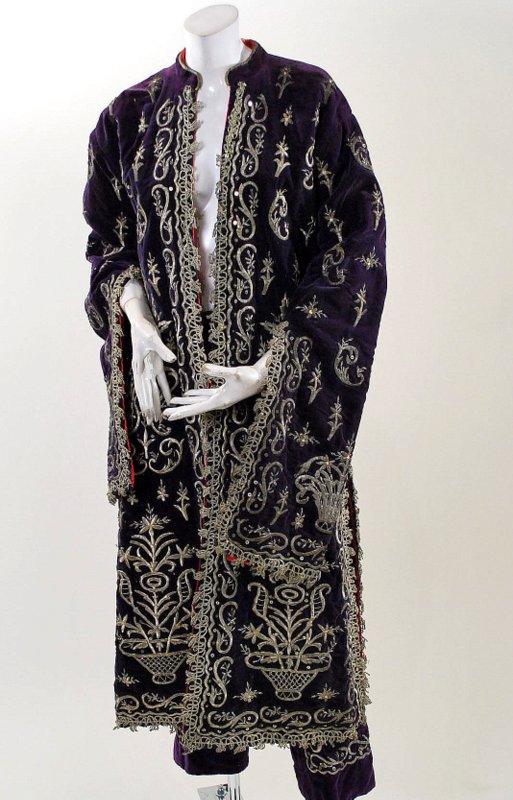