To an extent, this is a departure for me from what I typically would discuss here.  But after giving it some further thought, I do think this is germane to the overall topic of Attire's Mind. 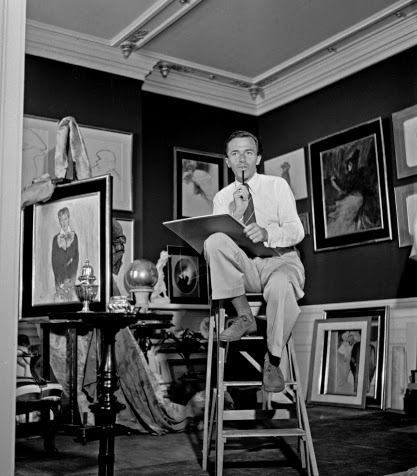 Rene' Gruau, born in Italy, but raised in France, was without question the single most influential illustrator of fashion in the 20th century.  What he did, with his remarkable editing eye, and impressive graphic strengths, was not only to give voice to the fashions of the day, but to invest them with an energy, passion, intelligence, and humor that had never before reached he level he found.  Sometimes his images were of shocking simplicity, and yet he still managed to convey an extraordinary amount. So important was his work, that he not only affected sales, especially for Dior, with whom he is most commonly connected, but also helped to make changes in the clothing themselves, through is irresistible imagery. 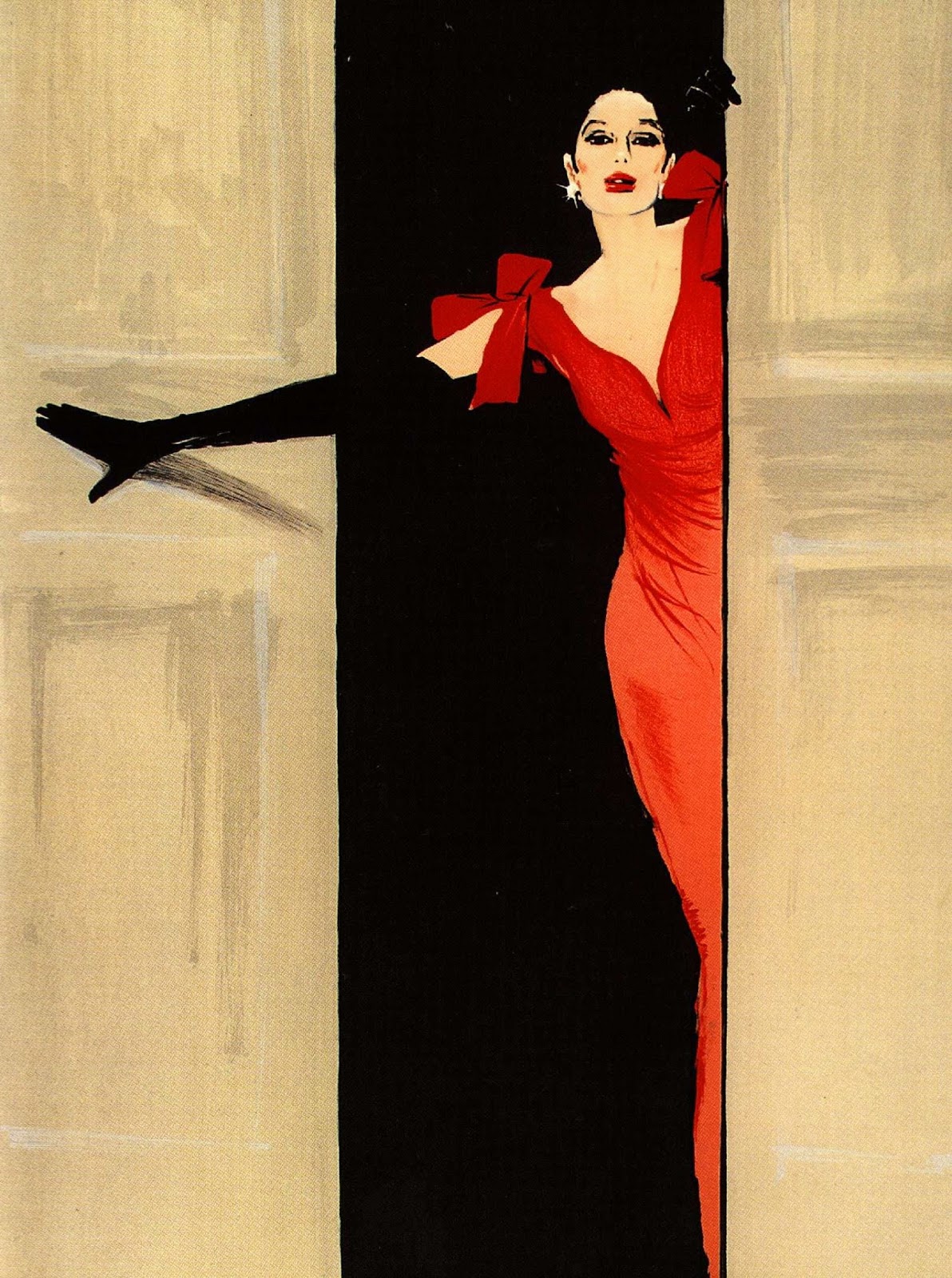 Where he really sings, for me, is that he does more than detail the clothing effectively.  We often get a real sense of emotion and mind from the model's expressions. 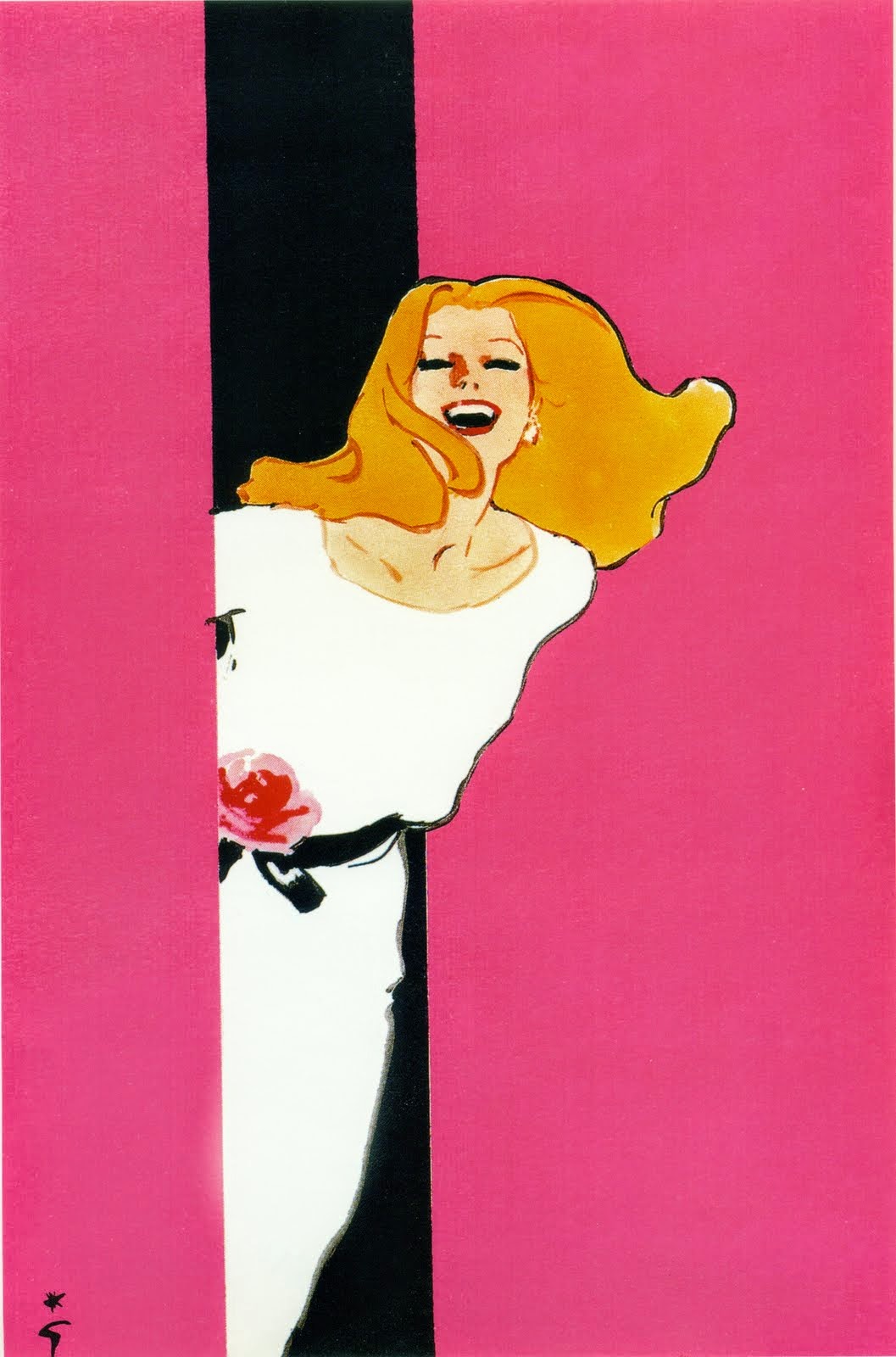 Now, why does this relate to the Attire language?  Because how we present ourselves artistically is, in a way, the ultimate fantasy level of what we desire to achieve in the real world with out clothing choices.  Gruau as an artist, understood this, and presented women, and now and then men, with just such a fantasy to aspire to. 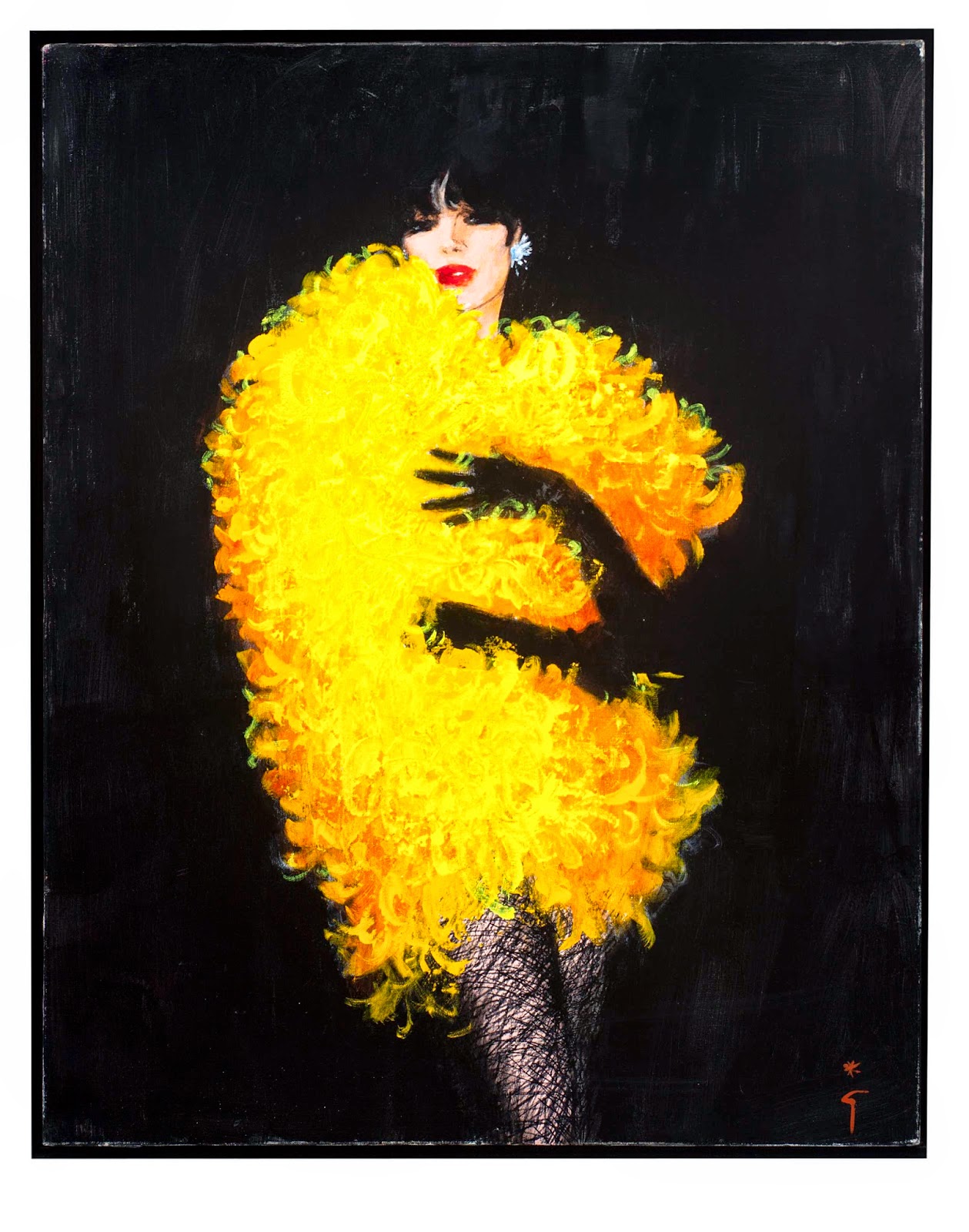 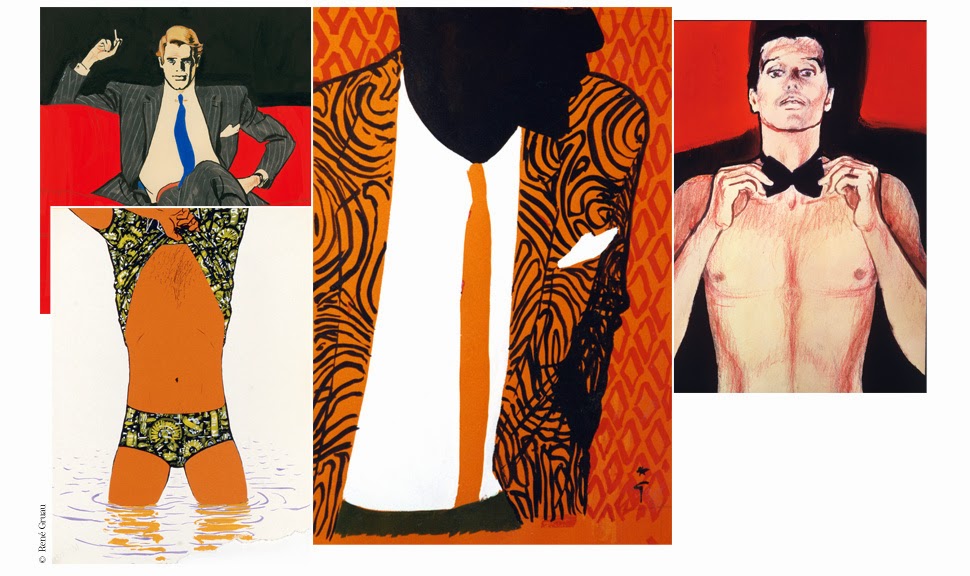 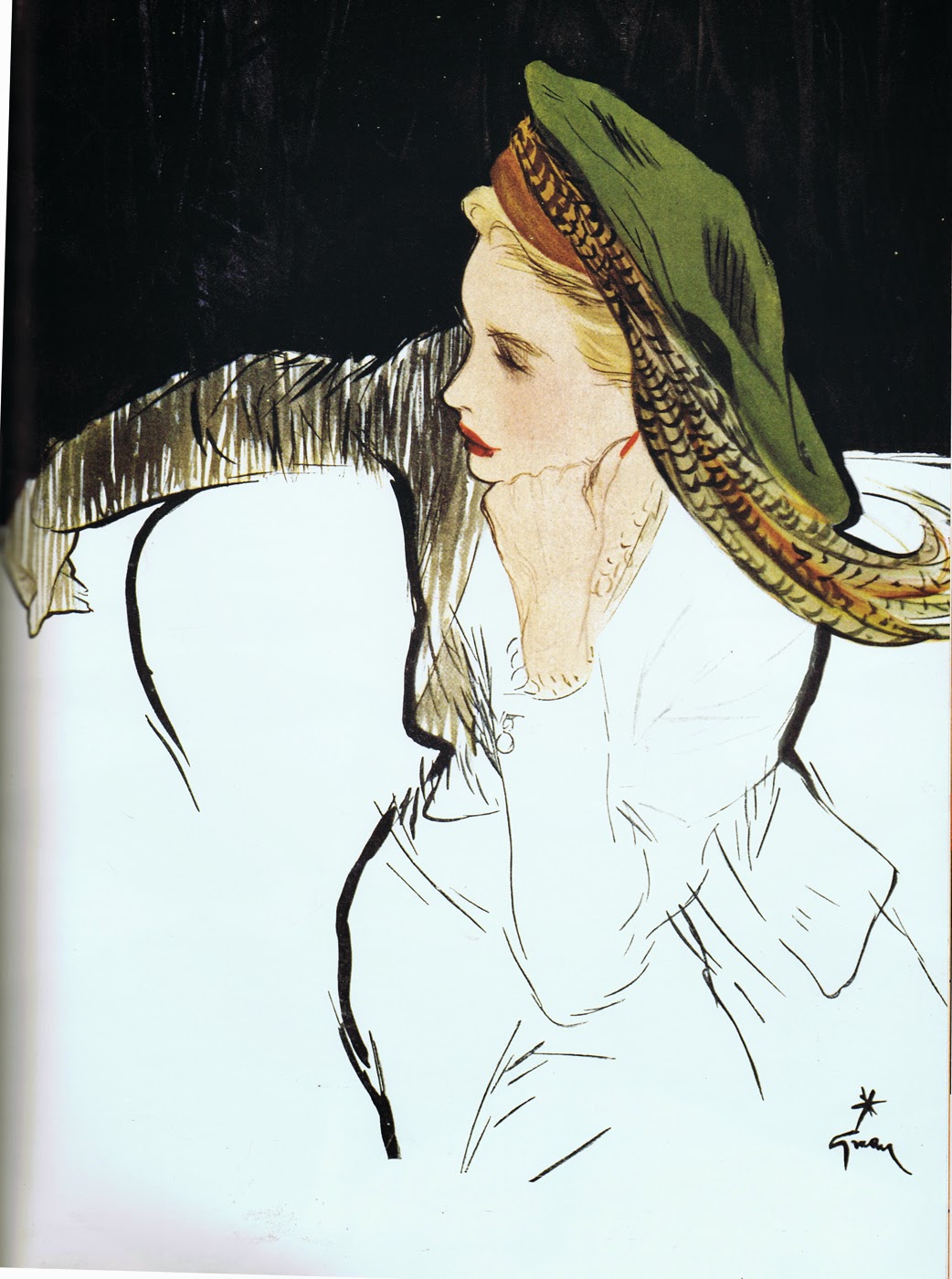 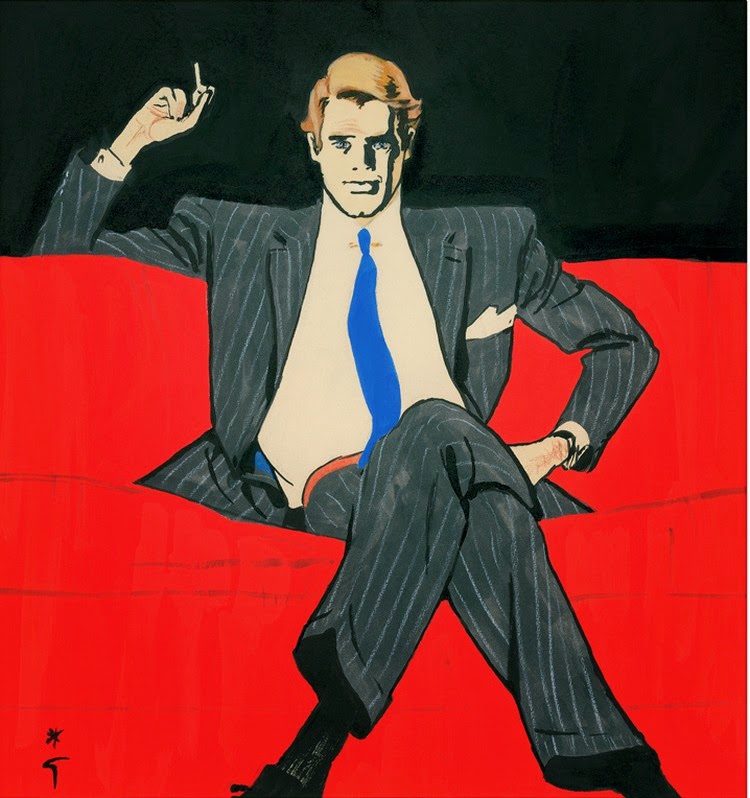 In a sense, what he did was show us the final goal, and by presenting that goal in such a n emotionally powerful way, urged us to try and attain it.
So take a good look at the work of this amazingly talented man.  He was born in 1909, and worked right up until his death in 2004. 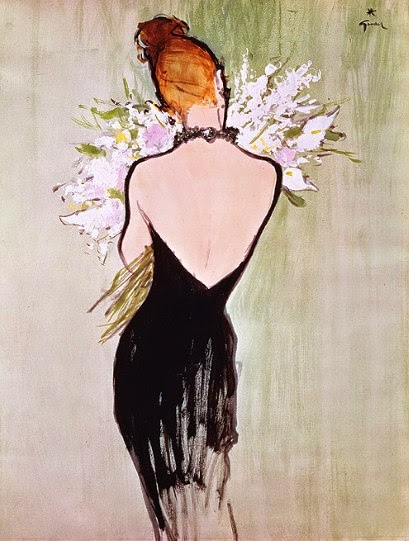 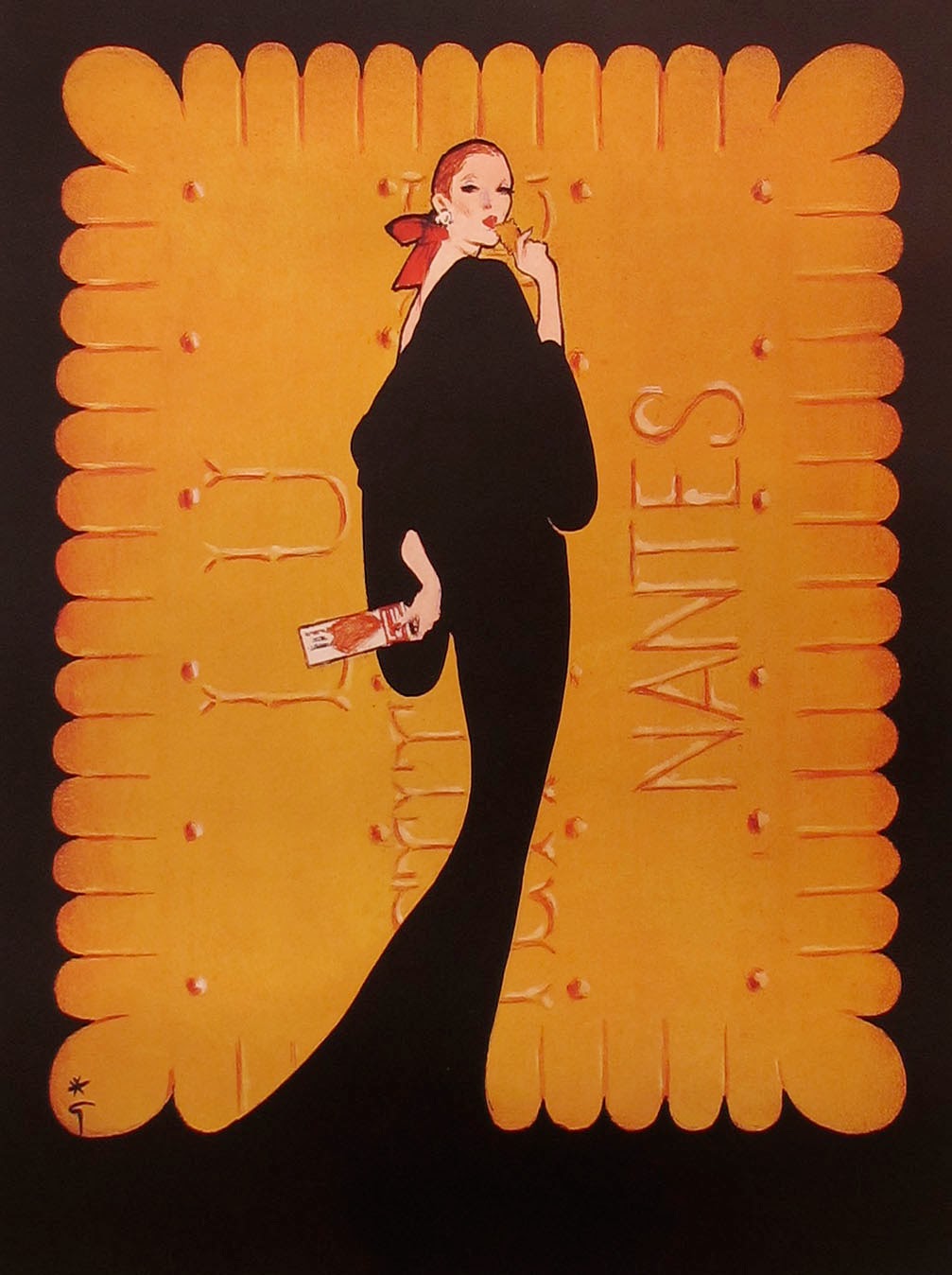 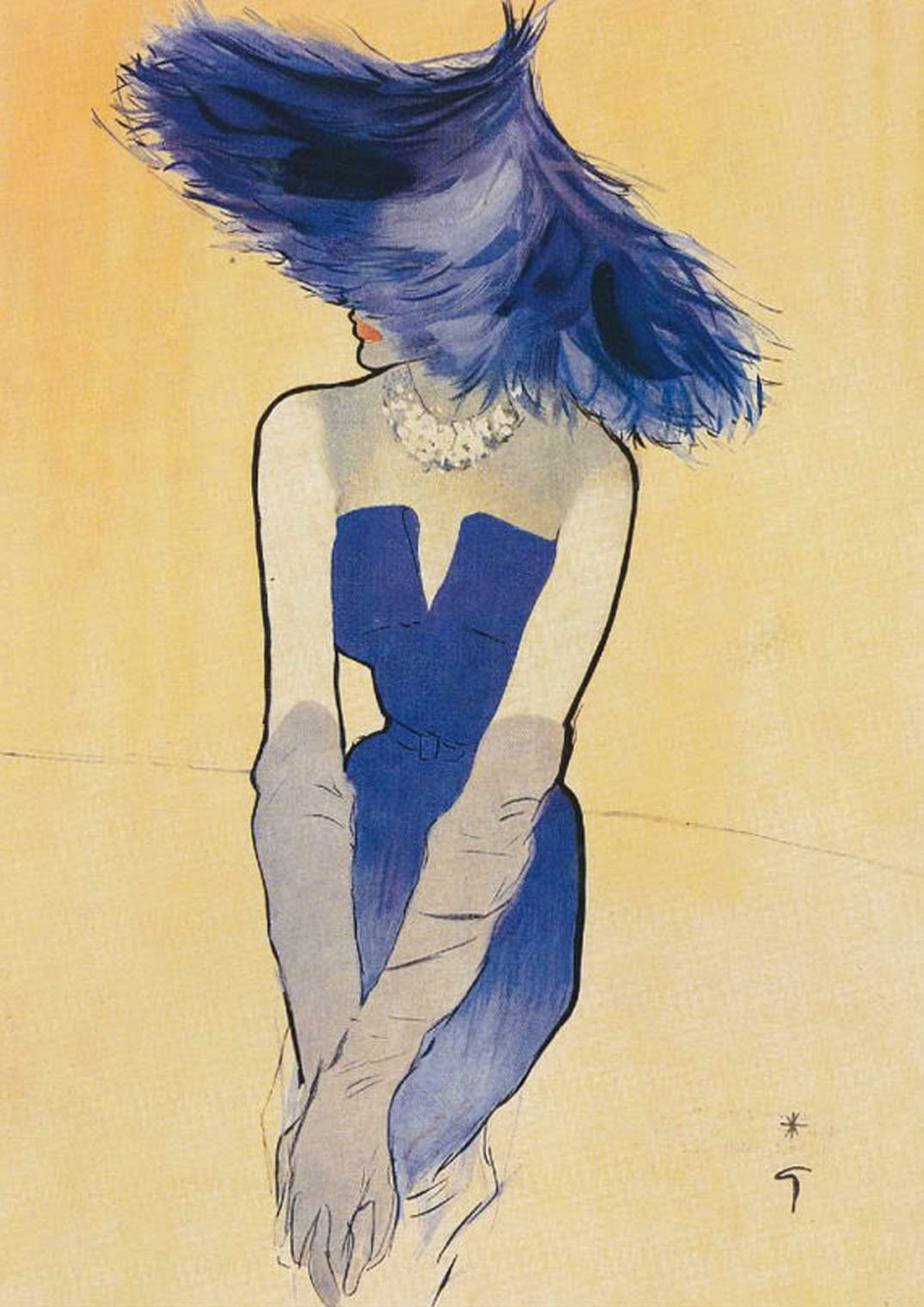 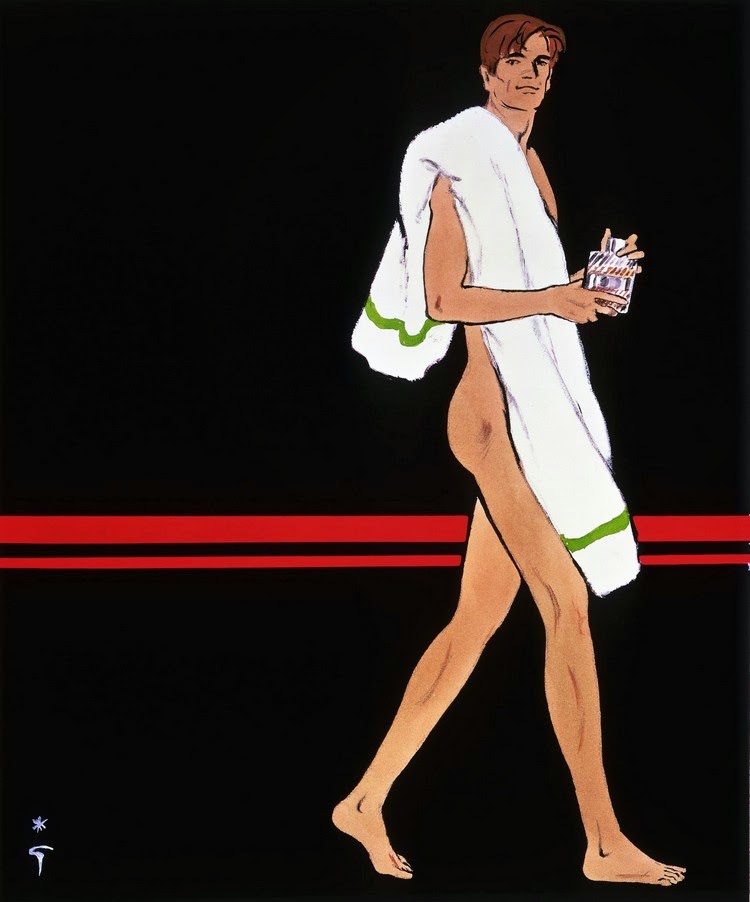 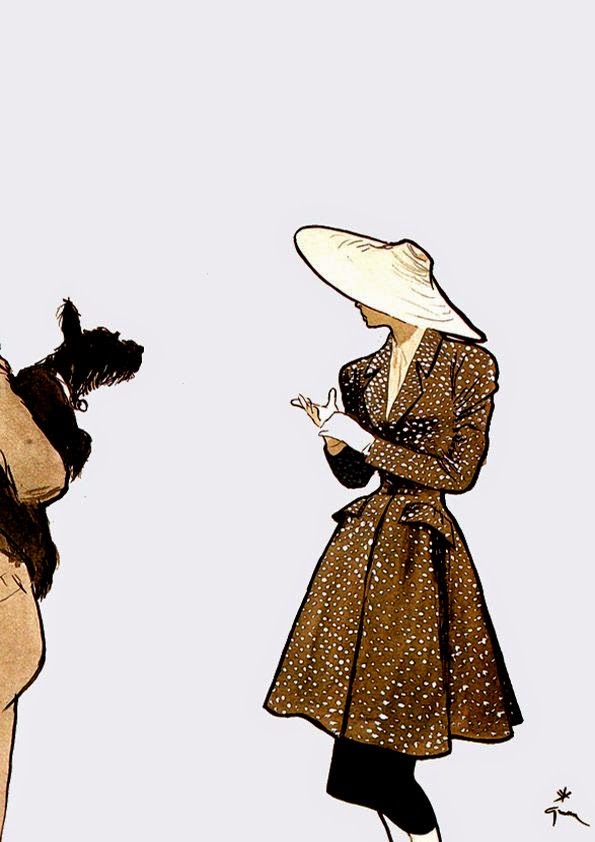 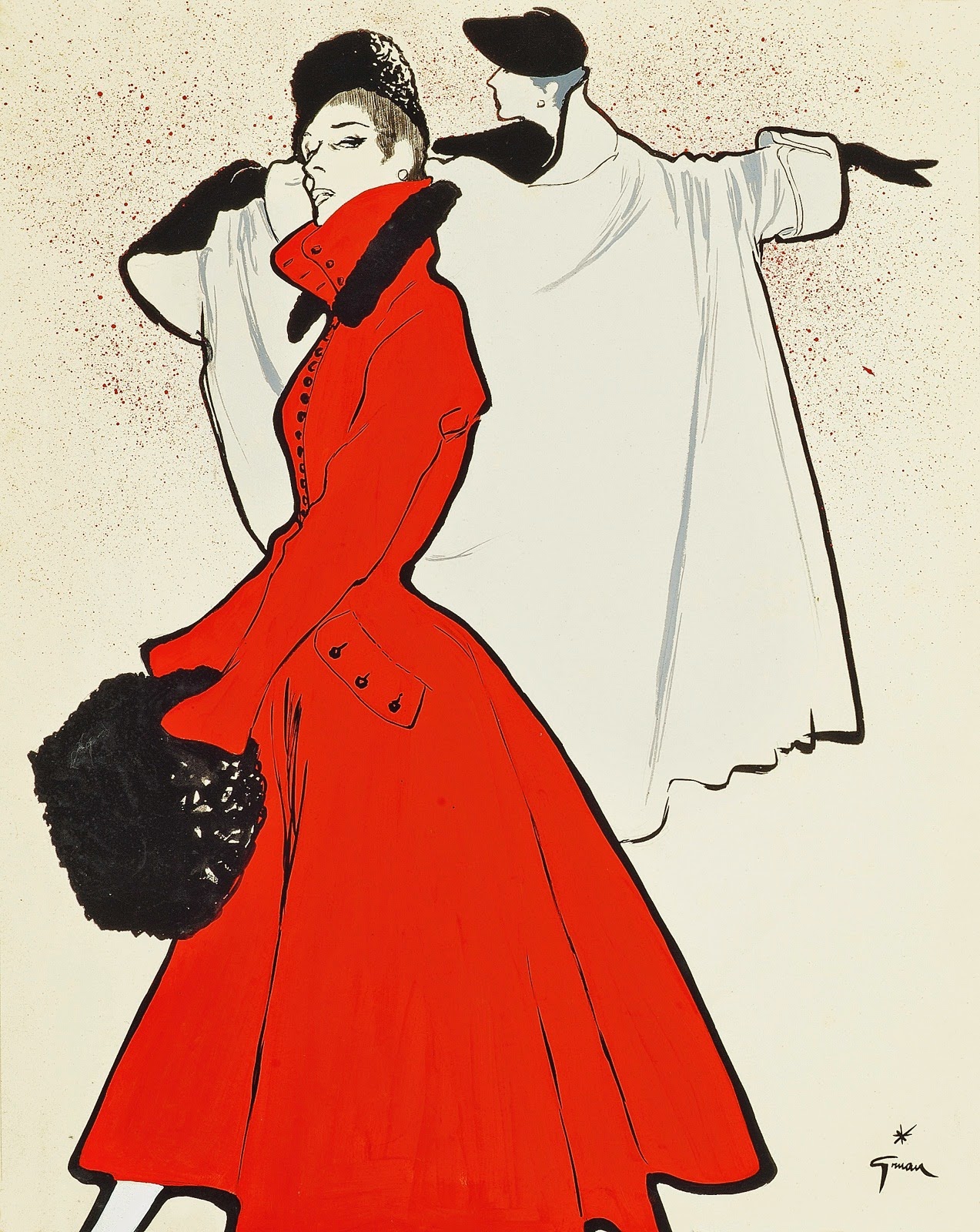 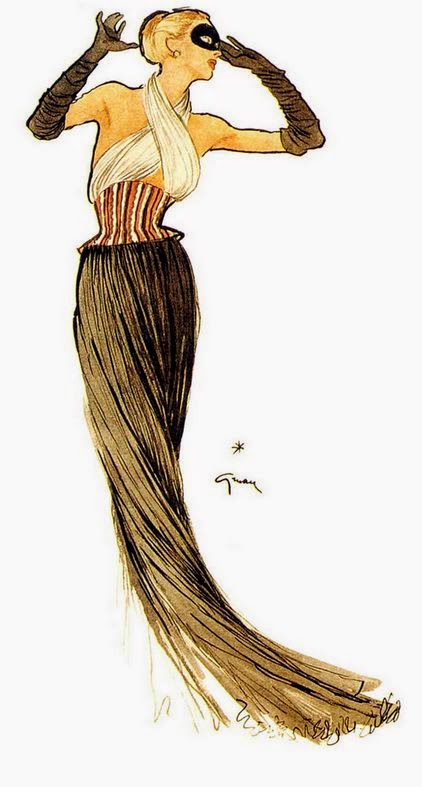 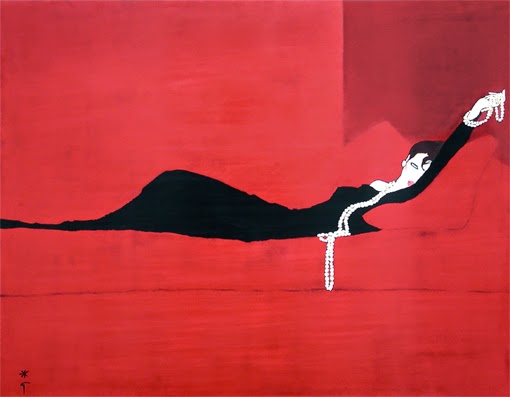 For me, this stuff is utterly breathtaking.
Posted by Paul G. Ellis at 6:29 AM