The Psychology of Decades, Part Four

In yesterday's post I said things were about to change, and they certainly did.  Driven by technology and the quickly shifting political situation, coupled with revolutions in art and architecture, the way people thought about themselves was transforming at a rate unprecedented.  With the availability of the telephone, the telegraph and radio, people had greater potential for contact with each other, and so our sense of being isolated from world events began to contract.  The automobile and the airplane were helping the contraction along, and the notion of modernity for its own sake began to creep into our cultural mindset. 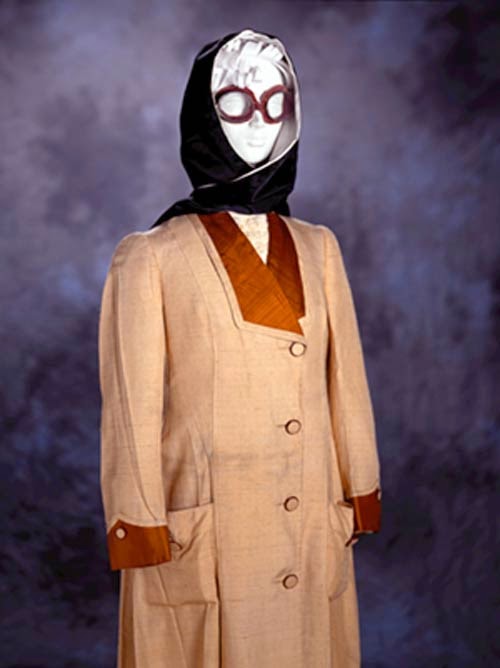 How this manifested in Attire was explosive, for women, anyhow.  It was at this time that women's hemlines rose above ground for daytime, and never fell to earth again.  The level and type of decoration on clothing was dropping, as though women were figuratively shedding a skin.  Corseting became lighter, less restricting and in some cases, needless. A younger woman who was fit could get away without one in the loosely cut clothing of the early 20th; and an increasing number did just that. 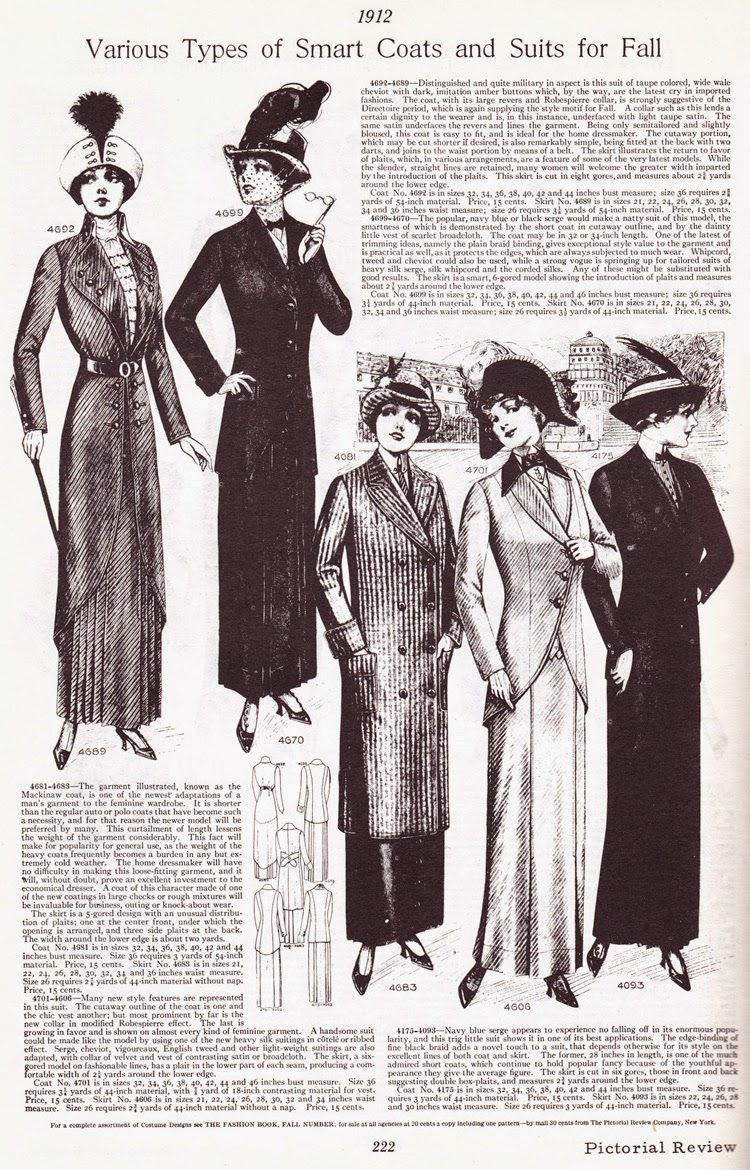 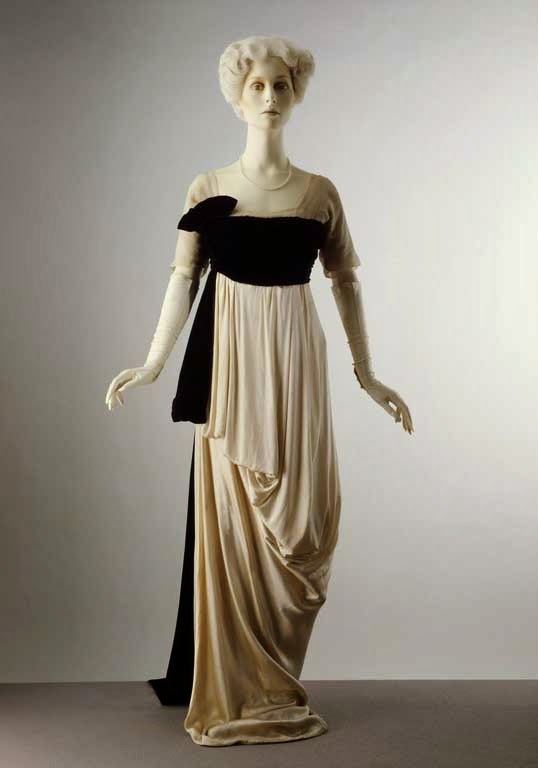 The movement of women into the workforce in areas other than household related endeavors, only increased the desire for clothing that made physical this inner urge, to work, play, and engage more fully in the world. 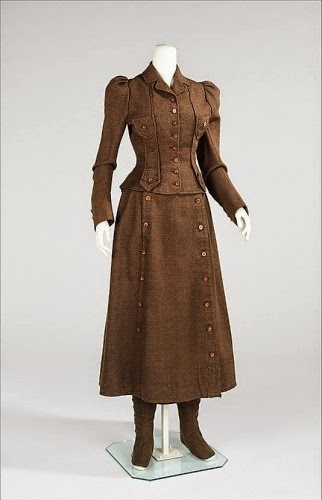 It seemed as though, with the death of Victoria in 1901, both the prior century and a way of thinking were buried at the same time.  Monarchies were being further challenged, and the huge edifice of the Russian state was near its collapse. 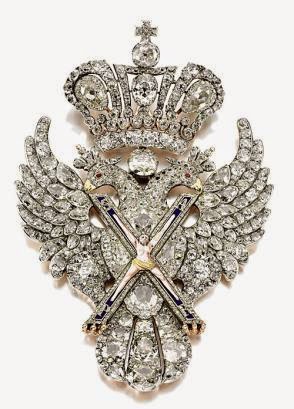 Completely new political theories were being born along with all the technological changes, that were helping people, especially the middle and lower classes, think very differently about themselves. Since they had become the primary driver of the apparel business, the design community listened carefully, and began to translate what the young working people needed into reality. 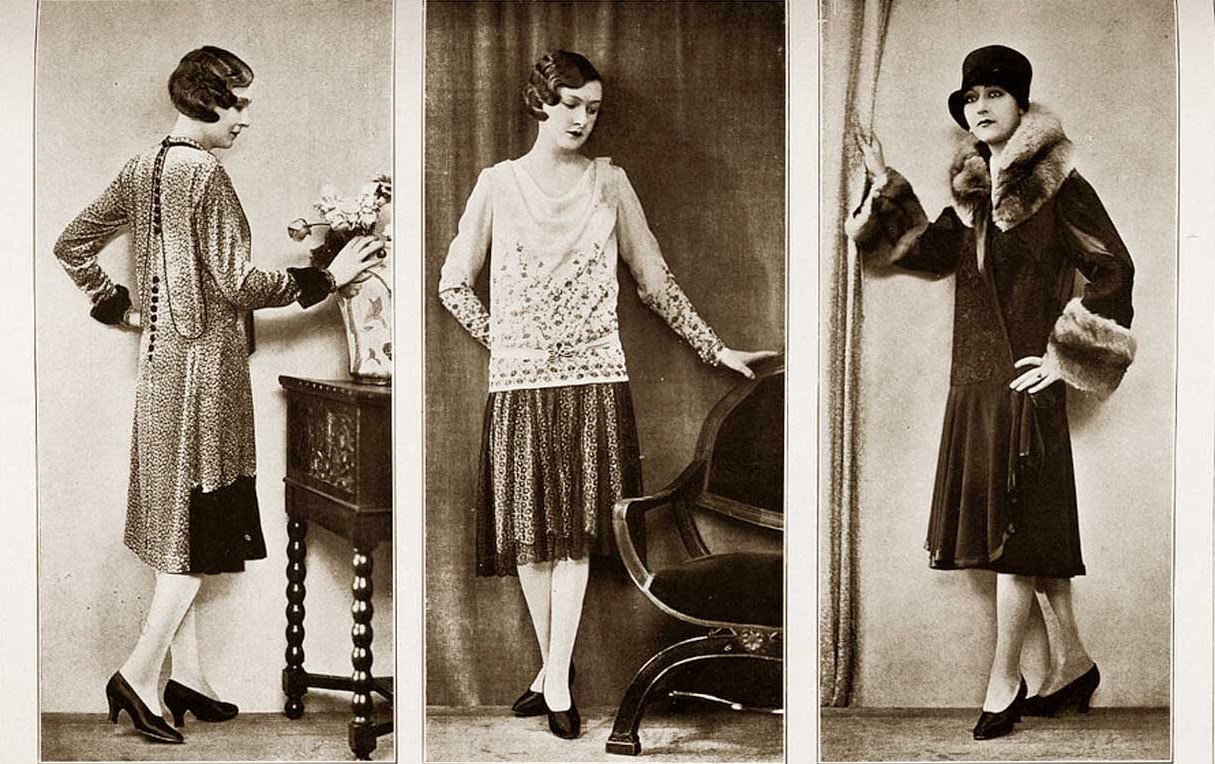 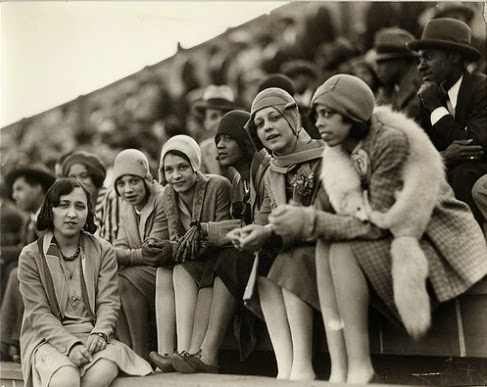 So, women's clothing became more loose, shorter, and far less fussy.  It was possible for a woman to dress herself without help, and to do so in far less time than a decade previously.  All of these changes were physical manifestations of the inner shift in how people felt about themselves and the world they inhabited.
The next post will take us into the 30s and the tumult of the mid century.
Posted by Paul G. Ellis at 3:30 AM