There are times when a certain person, by the force of their presence and appearance can shift the direction of the social consciousness.  In the case of opera singer Maria Callas, it was both her form and her style that shifted things for people the globe over. 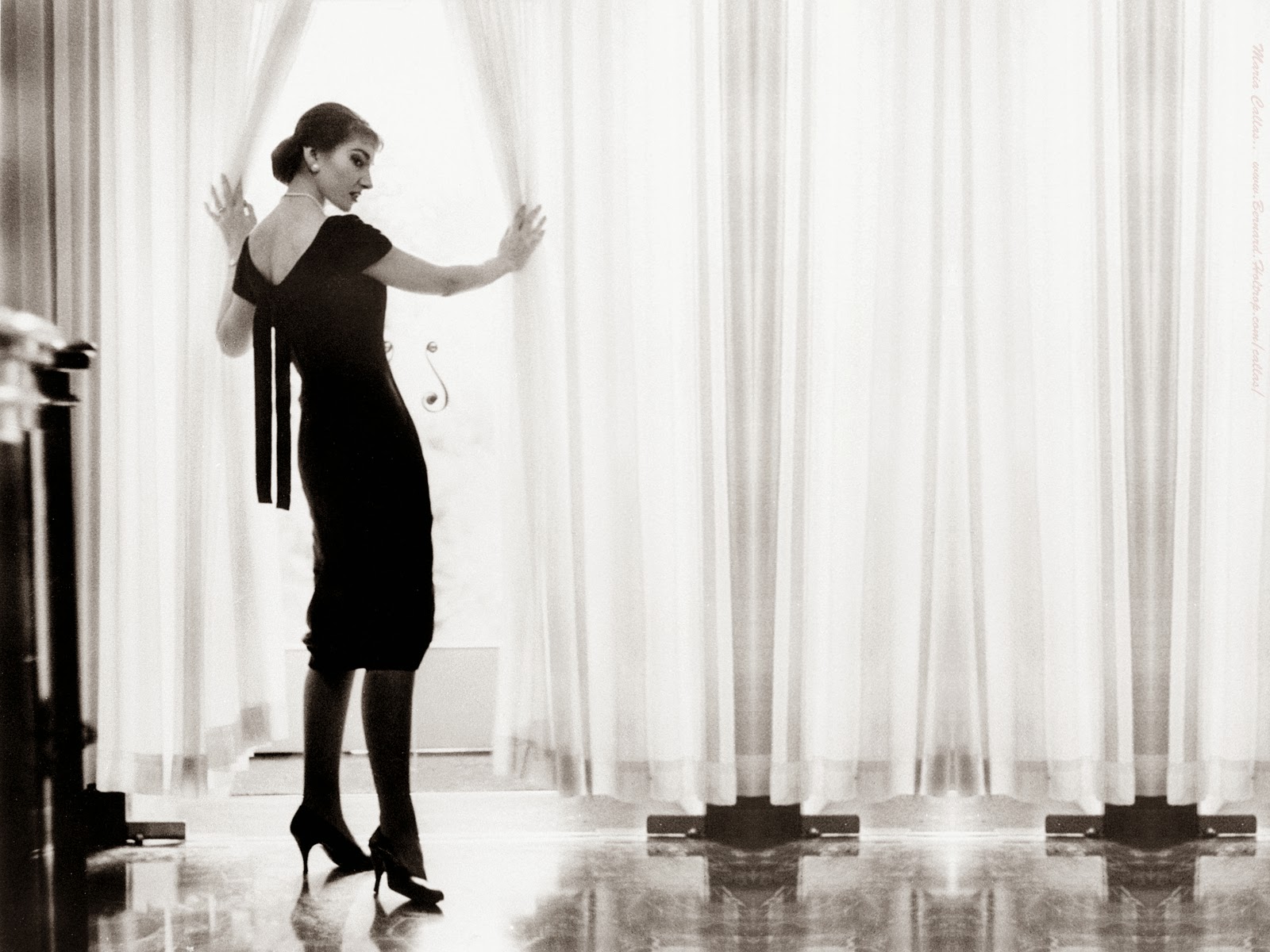 Prior to Ms Callas' appearance on the opera stage, the accepted notion was that opera singers, in general, were going to be large, and not especially stylish people.  Callas changed that idea forever when during her career she went through a weight loss, and emerged transformed.  She was trim, exotically beautiful, and super stylish in a truly modern way. She wore couture, wore it with distinction, and helped a whole generation of women to start painting a winged eye with their make up.  But her contribution, stylistically, was more far reaching than that. 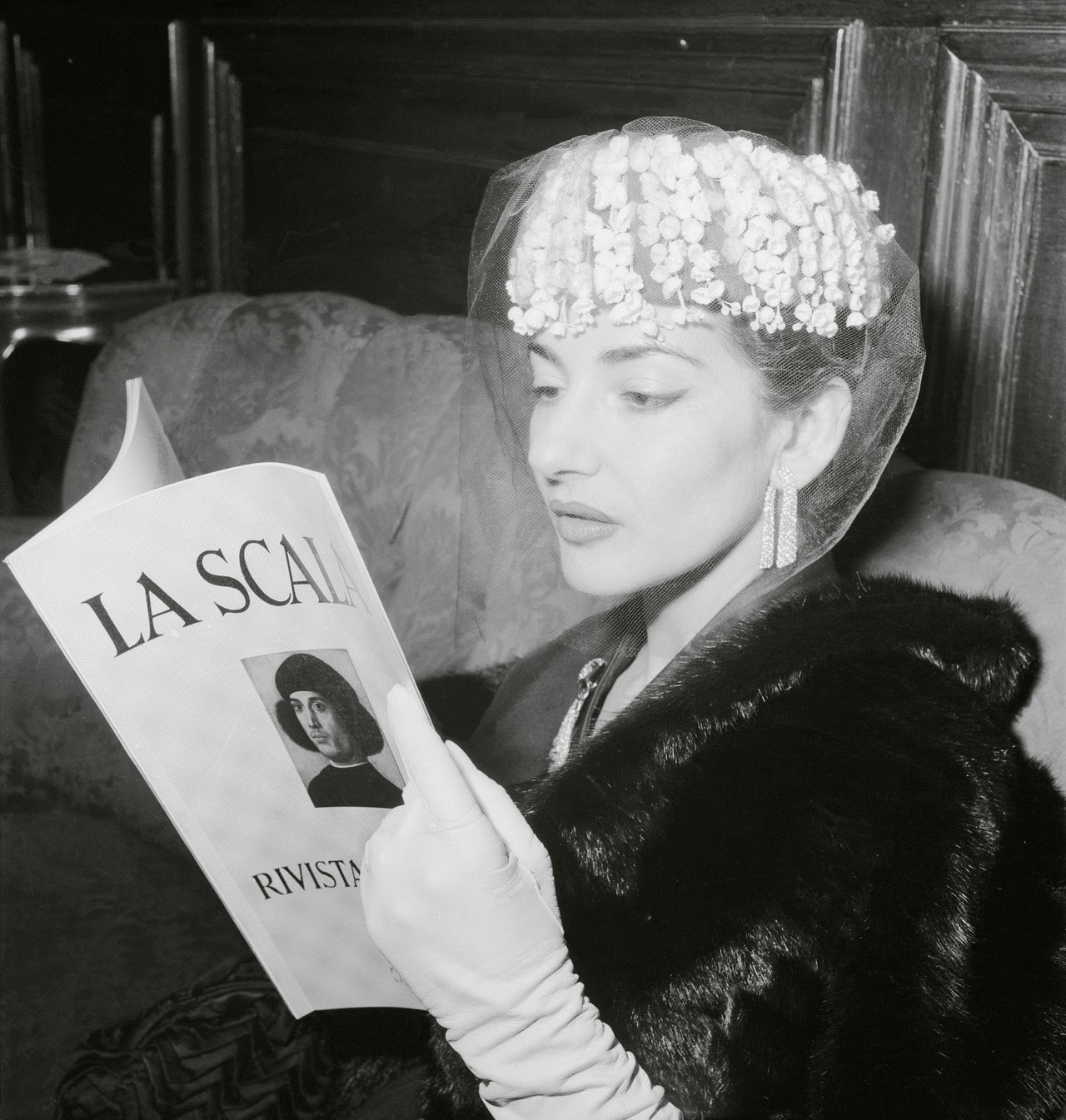 Our predisposition was to imagine that an opera singer needed physical size in order to produce the vocal power needed for their strenuous art.  But with her intense nearly 3 octave voice, Callas put the lie to that notion, and helped transition opera to where it is now. 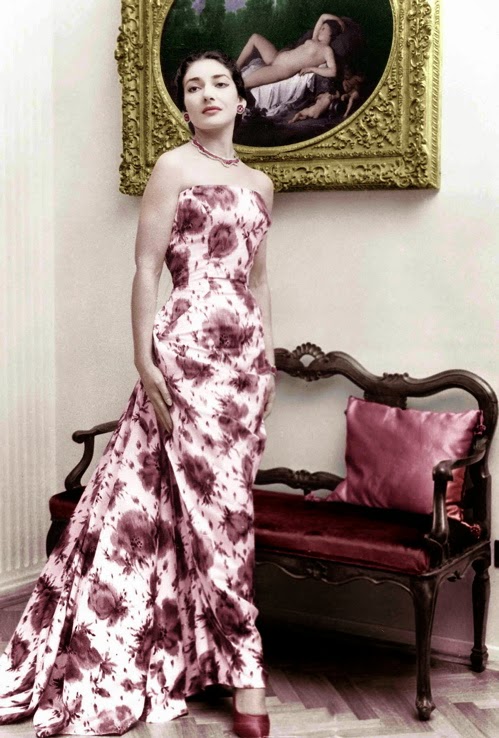 In the current opera world, appearance is becoming as vital as voice, and so the large and in charge idea is fading out.  This is, in part, because opera everywhere is struggling to maintain audience, and in order to draw in a new crop of opera goers, the feeling is that presenting a more current image of physical attractiveness, however artificial it might be, is only going to help matters.  So the new crop of singers is being told that they need to look as good as they sound.  Its becoming all about a total package, while opera is branded to move further into the 21st century as still having relevance.
So, Maria Callas played a sartorial, as well as a musical role during her life and career.  She broke molds and records on stage; and her personal, physical transformation, helped break molds off stage, and behind the curtains as well. 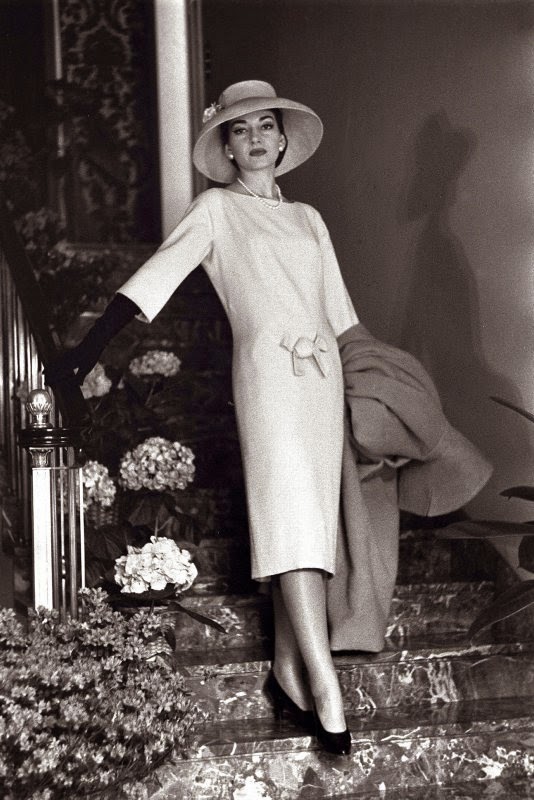 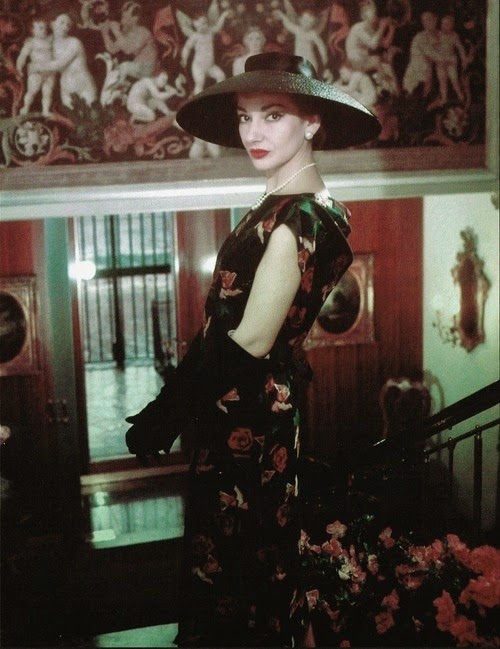 Her place in this transition stands as an object lesson of how a person of influence, by their style choices, and other appearance choices, can shift the paradigm of the Attire language as it is spoken.
Posted by Paul G. Ellis at 6:00 AM