The Psychology Of Decades, Part Seven

The unexpected result of all that baby brewing we had been doing in the 40s and 50s was that we skewed the proportion of youth and age in the culture radically.  Adding the incredible vigor of the economy in the USA to the mix meant that suddenly the young had unprecedented power, and with that came unprecedented influence over what we thought, felt and did.
Youth became an international obsession, infiltrating every aspect of the cultural mind set.  Whatever one's accomplishments, dreams or goals, it was youth, above all else, that was the prize deluxe.  And because it was ephemeral, it was that more jealously guarded.  There were clear lines drawn. "Never trust anyone over 30." 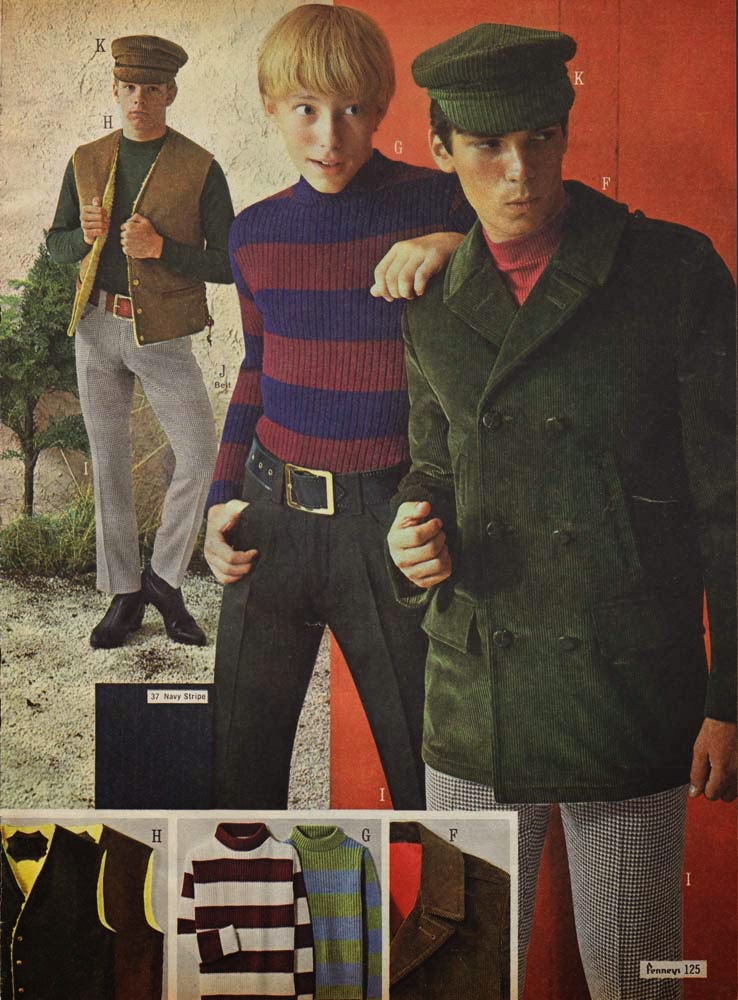 What was our mental landscape like?  Well, for the young, the world was full of possibilities, bright, new, and expanding in all directions as the Space Age dawned.  It also offered to them, having grown up with no lack, the opportunity to seriously examine the world their elders had made.  For those elders it was a time of discomfort and uneasiness, as all the old rules and regulations that had structured their lives came under scrutiny, and challenge.
So, we had a disjunction that happened.  There came to be a Generation Gap.  The way that the young wanted to make themselves known with their dress was not just a more youthful version of more adult attire, as it had been in all times previously.  The clothing of the young spoke an entirely different Attire dialect, and one which the older folk found hard to understand.  Whether the style was of the Mods, or of the Counterculture Hippies, it was equally as jarring and disquieting to the adults.
We had two distinct, and really pronounced dialects that got spoken by the young.  The Mod look, was resolutely trim, clean lined, and relied on heavily on the newest textiles and technologies. It was completely forward looking in its approach. 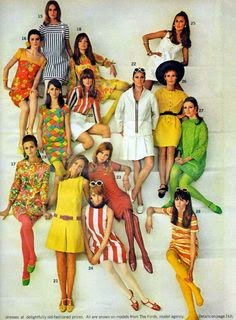 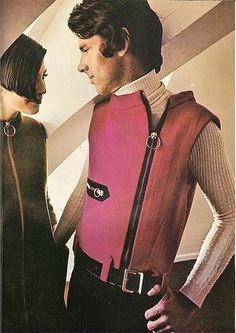 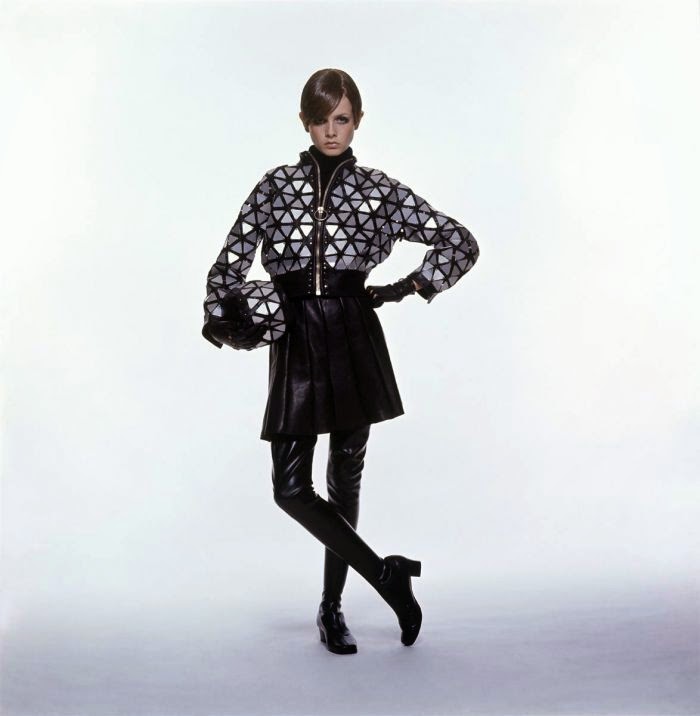 That to my mind was the crux of why so many adults found it disturbing.  It seemed that their children had dropped everything they had known before; rejecting all their prior culture and history, leaving their parents standing alone.  Another way this manner of dressing distanced the young from the old was its structure and silhouette could only readily be worn by youthful, trim bodies.  The middle aged folk looked a trifle silly in it, and they knew it.
The Attire dialect spoken by the counterculture children was even more disturbing to the established generation.  Mixing garments and influences from myriad cultures and times, all higgledy piggledy made their clothing choices into a cacophonous shout that most adults found impossible to sort out.  As well, the hippie predilection for buying second hand clothes, and wearing things that were clearly worn through, or deliberately shabby, went against every single thing their parents had presented to them. 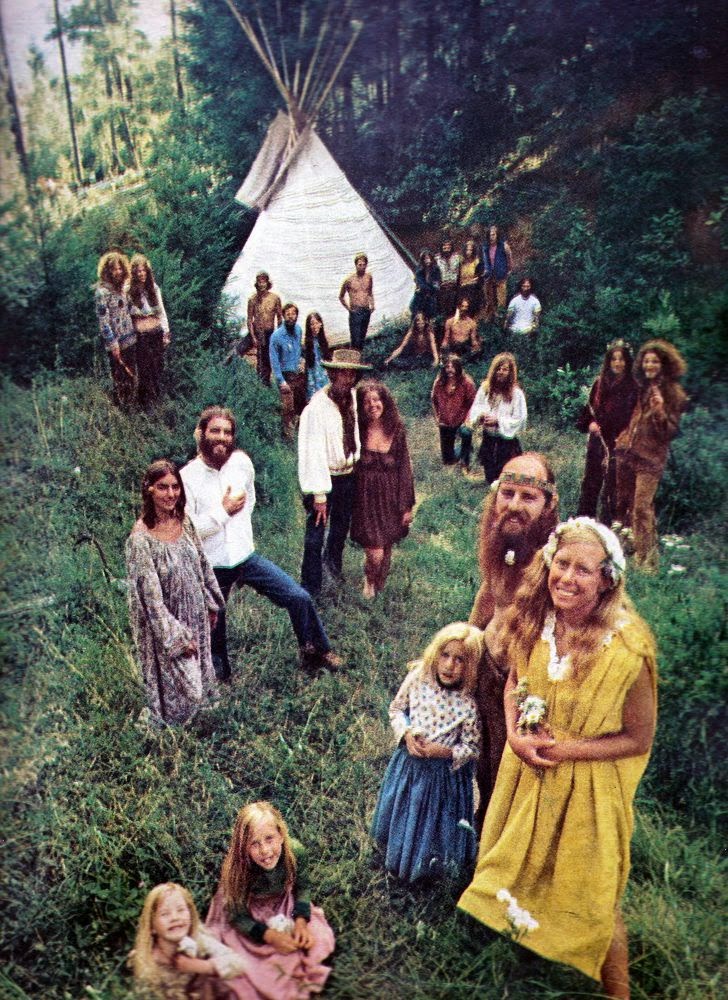 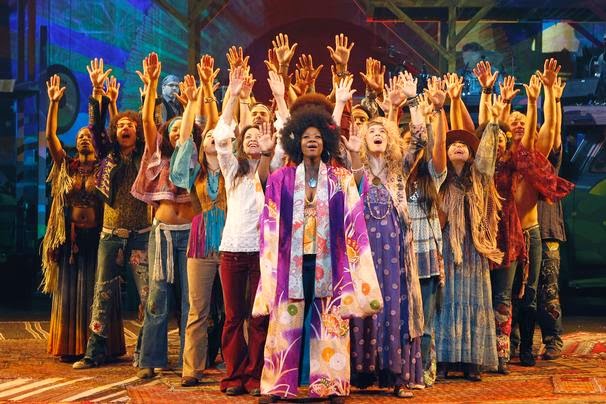 So, in both cases, a kind of battle line was drawn, psychologically.  And it played itself out in more than how the young dressed.  With the marches, riots, music, art, literature and shouted questions that filled the 60s, these kids were not moving smoothly into the adult world their parents had prepared them for, but actively rejected the vast majority of the pre-planned life they had been given. 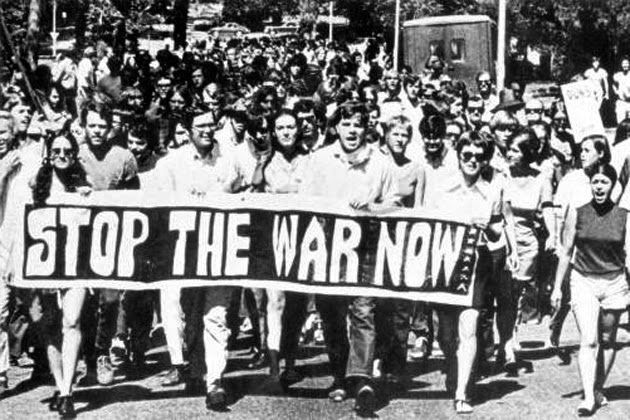 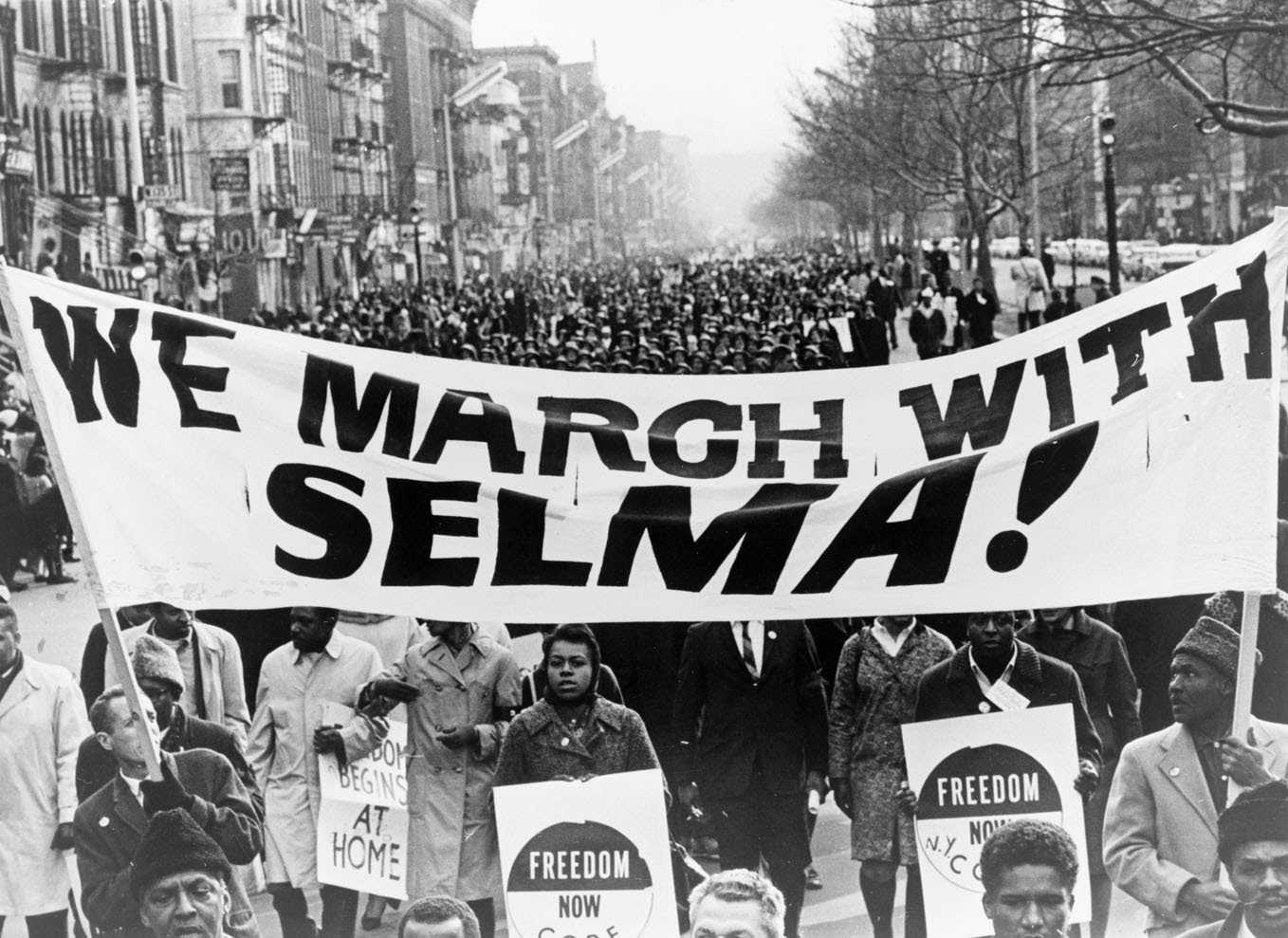 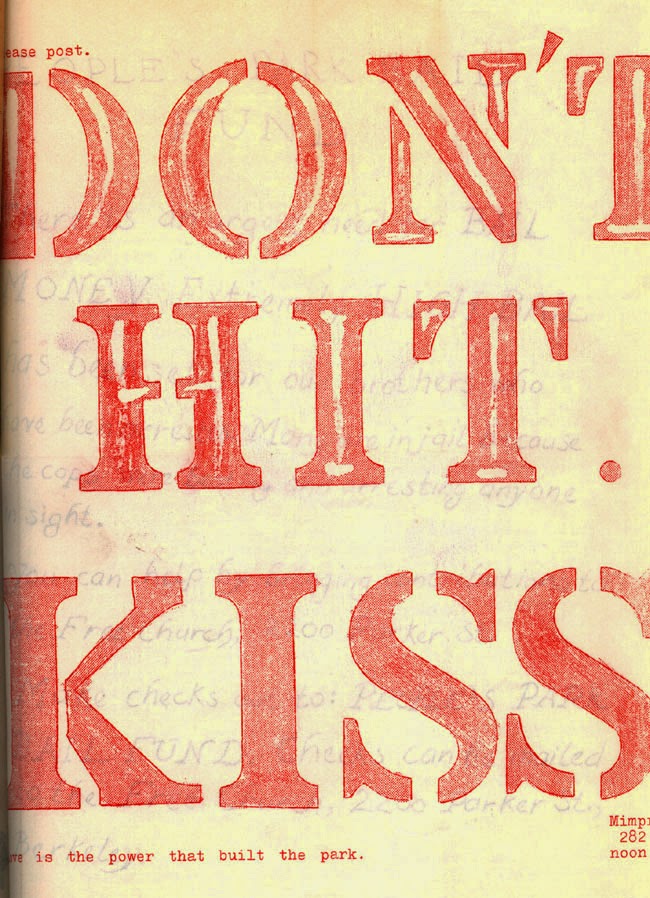 After every storm, however, there comes a time of relative calm.  Moving into the 1970s and 80s the base line thought process had shifted again, and with it, how we made ourselves look.  Tomorrow; Disco, Punk, and the Me Generation.