The Psychology of Decades, Part Eight

Once the furor of the 60s simmered down, Vietnam ended, the women's movement, the Black civil rights movement,  and even Gay rights all began to move forward; the extremity of the anger and discontent died back a bit. The young felt that they had accomplished something major, and they had.  All those conversations they put on the table were continuing on their own now.
What I find interesting about the 70s and its cultural psychology, is that all the notions that had been so very edgy and difficult for people only 10 years before, had become not only comfortable to think about, but ultimately co-opted into the mass culture.  Looking at the design aesthetic of the 70s through the lens of the way people were thinking about themselves, its interesting to note that the dominant Attire looks for the decade were a curious amalgam of the sharp edged Mod look and the ethnically amorphous Hippie look. 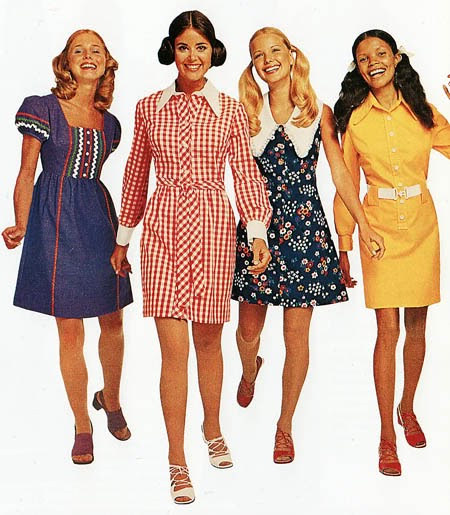 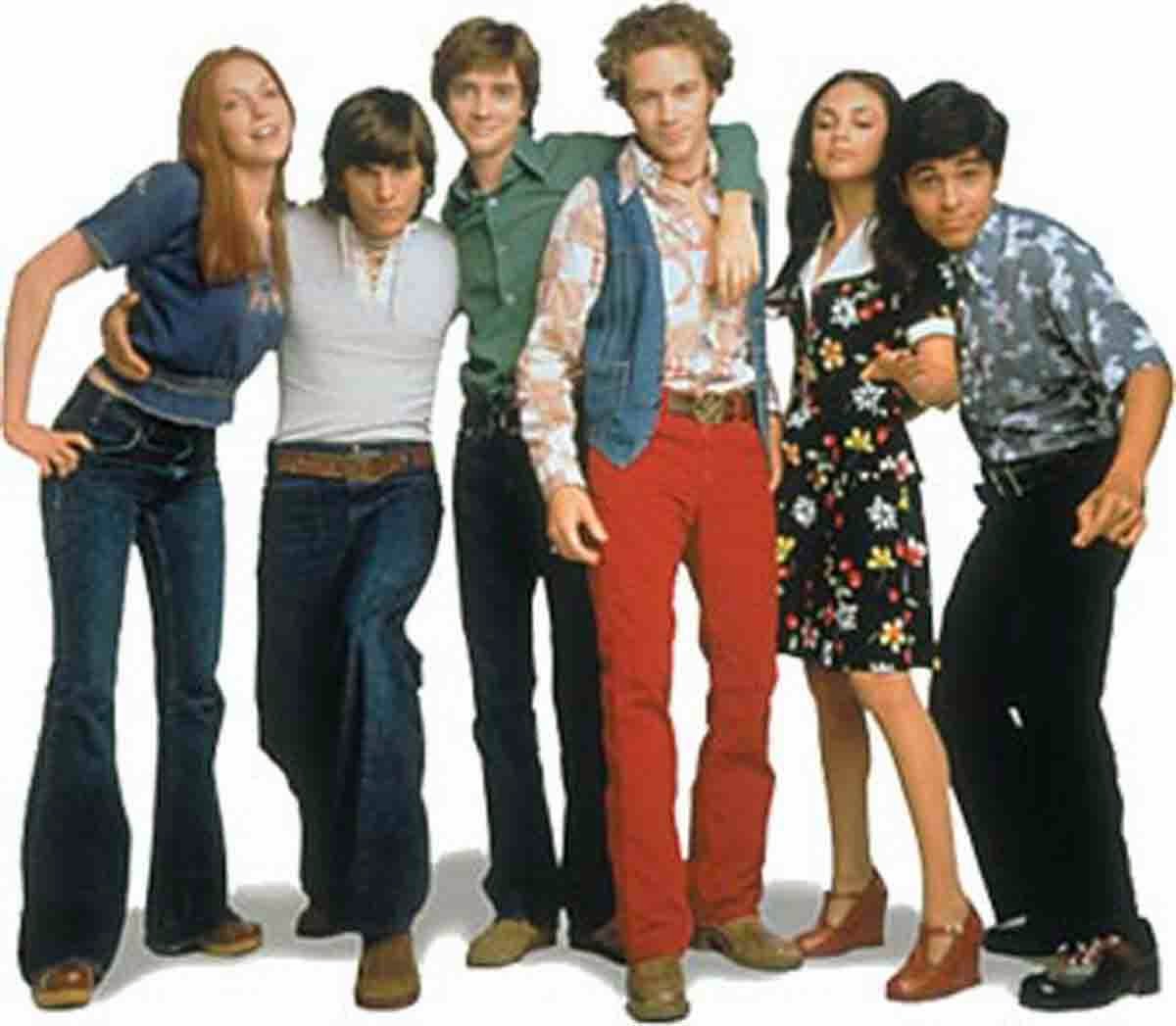 That sense of having actually done something substantive translated visually into a kind of self assurance that expressed as super tight shirts and pants for both sexes, softly flirty dresses, and those ubiquitous chunky platform shoes.  And interestingly, for the first time, both women and men were out in public with necklines open down nearly to the navel. 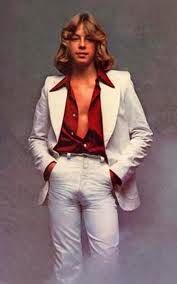 The revolutionary actions of the prior decade had sparked another one, the sexual revolution; which was in the process of investing everyone's thoughts with new notions of how their own sexual lives could, or should operate.  This growing consciousness of our sexual selves, and our desire to express that part of us more freely, without the consideration of marriage, was another player in how we manifested our appearance.  The clothes were very often much more frank, especially for the guys in the room, who were suddenly quite comfortable with wearing pants so tight you could tell their religion from across the way.

This sort of self assured sexuality was morphing into something else, though,  as the decade slid by.  By the time we were approaching the 80s, our self possession and focus began to express in a desire to dominate financially and in the work place.  How very strange that the children born in the 60s were growing up to become investment bankers, and high powered attorneys.  Our internal focus had shifted yet again, from sex, to power.  We became culturally fascinated with wealth and its acquisition.  And the broad shouldered, brilliantly colored, architectural clothes of the 80s, made that manifest in an inescapable way. 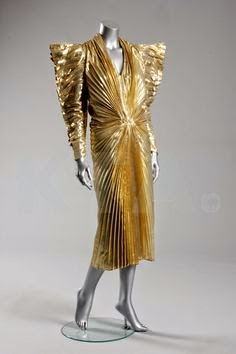 But there was another dissonance abrewing.  The Punk movement in music, art and dress, was throwing it in the faces of our culture, that we had gleefully abandoned the ideas of the sixties in the pursuit of wealth and influence. 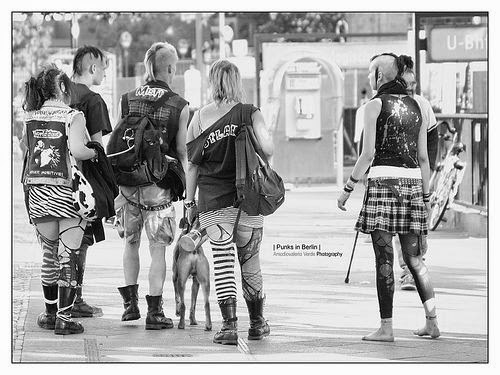 Taking these internalized feelings of dissatisfaction with the status quo and using them to effect, the punks were literally tearing their clothes apart in order to register the depth of their loathing for what they perceived as a sheep-like, bland culture obsessed with gain. Visionary designers like 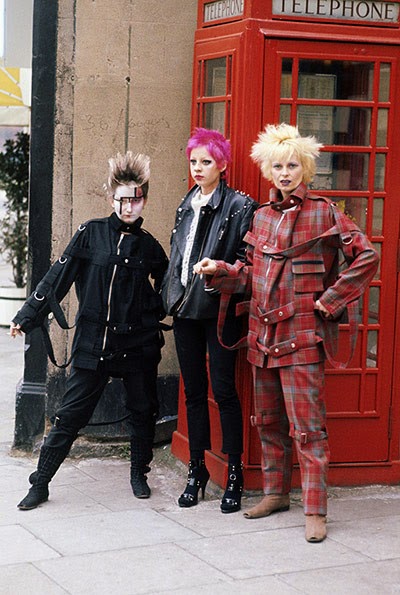 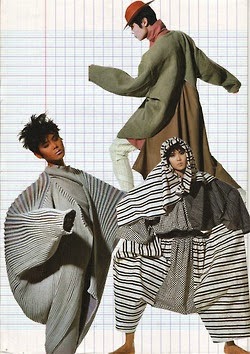 Yohji Yamamoto were in there challenging notions of acceptability and beauty right along with them.  It was a truly significant moment for Attire, because radically new ways of thinking about shape, proportion, construction and materials were appearing constantly.  The Attire language was growing fast.