The Psychology Of Decades, Part Six

By 1946 in the United States, war restrictions on clothing and materials purchase had eased, and in some cases been ended.  In England, the restrictions continued for some time.  But restrictions or no, there was a new set of feelings driving people's minds. We had won, and for truly good reasons. Many had suffered, many had died, so we approached the new peace with a kind of inner solemnity. Now came the job of rebuilding our lives and moving forward.  But things had changed, irrevocably.  The women who had been running things for the past several years were not all of them content to march back into the kitchen.  So the men coming home had to deal with a substantive change in how women felt about themselves, and their place.
How did this make itself known in how women looked?  Well, though other designers had been toying with similar ideas prior to the war, it was Christian Dior who realized that after all the pain and privation, women wanted to feel womanly and beautiful again.  The inspiration came from the prior century, so waists got snugged in with short corsets called waspies, skirts lengthened again, and got fuller, a LOT fuller.  Shoulders lost their militaristic sharpness and all was rounded, feminine and ladylike. 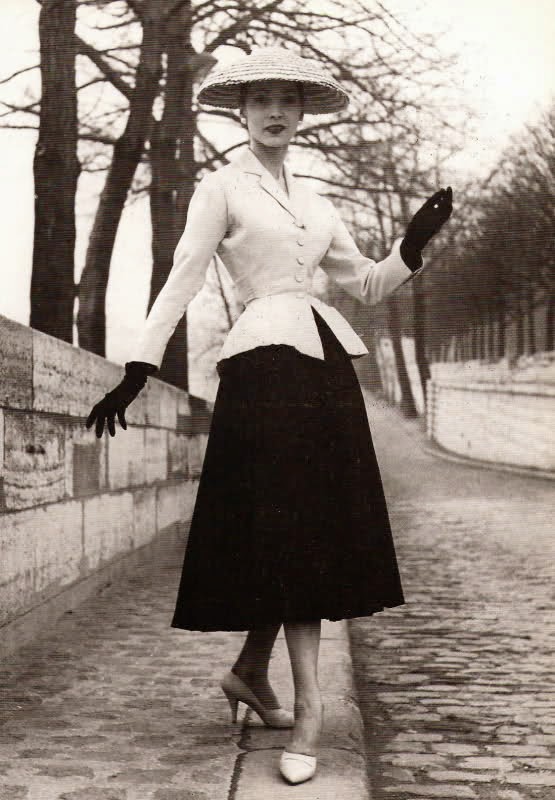 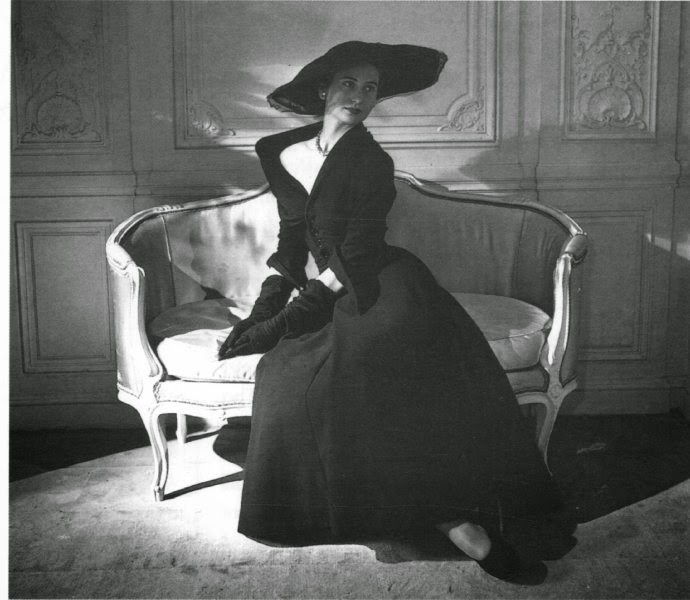 Why ladylike?  Well, we still remembered all the horrors, in fact we had to face them each day in the person of the war wounded, and those who never came home at all. Complete abandonment of reason and sobriety seemed wrong somehow.  So it was Mr Dior, who managed to find precisely the right tone of sartorial voice, and the New Look was born.
Along with the start of a new life for people, came a new way of living that life.  We had required enormous factories to churn out the amounts of equipment needed to prosecute the war. We had to keep those factories going, or risk losing the phenomenal momentum the economy had built.  So factories that had been making uniforms and parachutes, were translated into factories making clothing and accessories.  And since we had already started the great Baby Boom, there was a constant need for everything that could be made.  But carried inside that notion was another; the idea of newness for its own sake was born.  In order for manufacturers keep making money at the same rate, and keep employing the same number of people, we got taught to need a new outfit, not because our others were worn out, but simply because they were new. 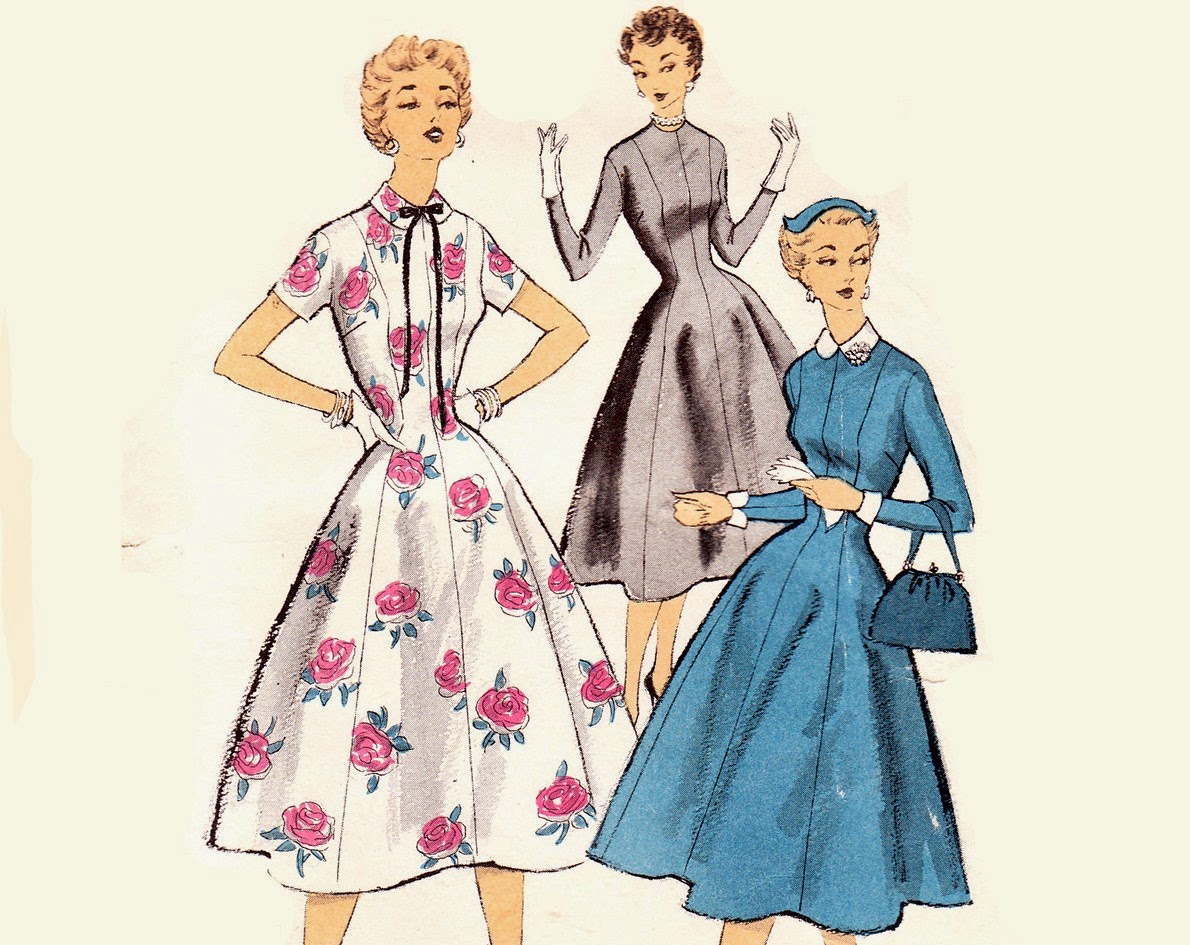 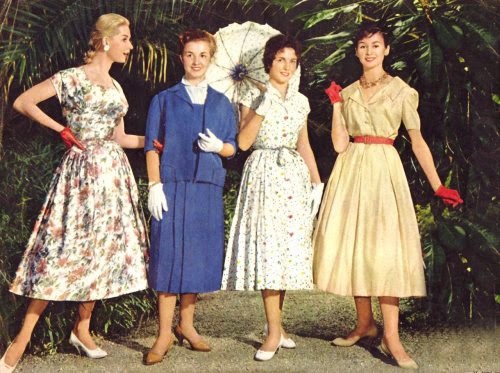 This idea was carried out all the way to the couture level, where previously a house might keep a number in its folio of designs for years, that practice virtually ceased.  It was only what was being done now that mattered. 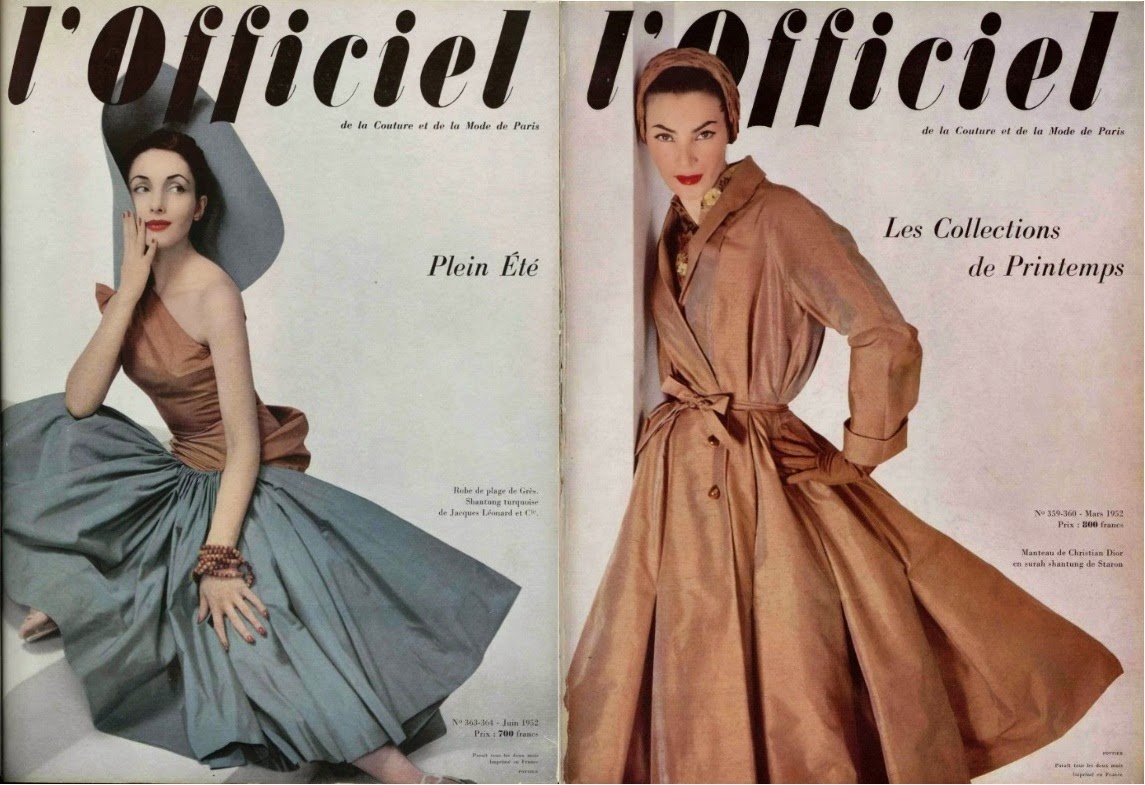 So, for the next decade and a half women wore variations of the New Look, made babies, shopped, and quietly continued to work themselves further and further into the main workforce. 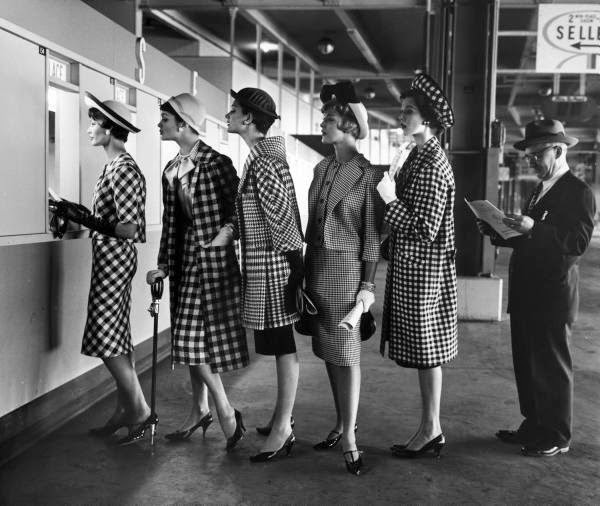 The essential sense was a desire to ensure stability and the future. It meant towing the line socially, and making babies; lots, and lots of babies.
And what was going to happen when all those babies we made started to grow up?  And how was that going to change what we thought and what we wore?
Posted by Paul G. Ellis at 3:26 AM