And The Walls, Come Tumblin', Tumblin'

I've written more than once about the ossification of mens apparel; about how for 200 plus years men have been stuck in a relatively unchanging and restricted mode of dressing that has had a few small tremors shake its walls, but has been left essentially unchanged.  That is finally beginning to alter.  Of course the outer fringes of mens clothing design have been attempting to push those walls over for a very long time, without success. What is changing, albeit slowly, is a subtle increase in color variation, and pattern usage.
No, it doesn't mean that the walls are down for good and all, merely that some cracks are appearing.
These efforts from the FW 2014 Paul Stuart collection are emblematic of what I'm talking about here.  The changes are sometimes tiny, but visible to someone willing to look.
This suiting look is superficially rather quiet, but the mixing of stripes, the bolder color of the suit, and the contrasting patterned butterfly bow tie all are subtle pushes against the wall. 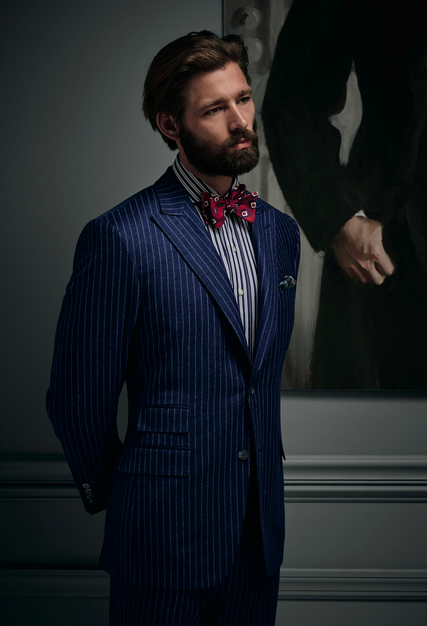 The second look is even more subtle.  The interplay of textures is what is bringing this up and away from more traditional mens dressing.  Previously there would've been no more than two textures happening; here there are four.  Its a kind of subversive dressing, almost encoded. 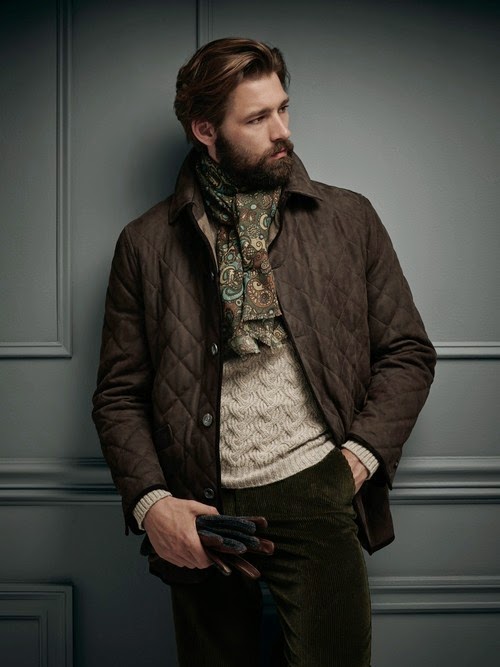 Ensemble number three is similarly quiet in its subversion.  The outerwear as interior wear, and the brown shoes with an otherwise gray palette are inferring that long held rules are now made to be broken.  Cracks appear in the walls. 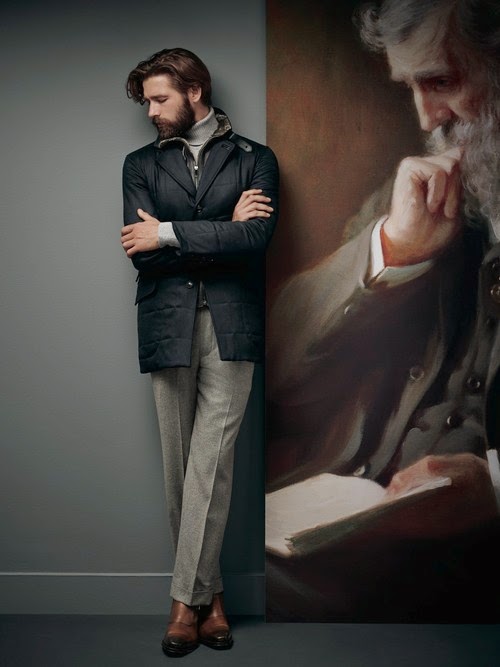 Here its color range and scale that are the motivators for placing this outfit in front lines of this quiet challenge to tradition.  The huge graph paper check of the jacket breaks scale boundaries. The choice of a pink shirt and a boldly scaled paisley tie take nearly all the warm color to the top, which the dark charcoal pants and gray socks counterbalance.  Such combinations would have been off the table in prior years, but now, with sly looks like this having gained acceptance the edifice of men's dressing is getting a little more teetery. 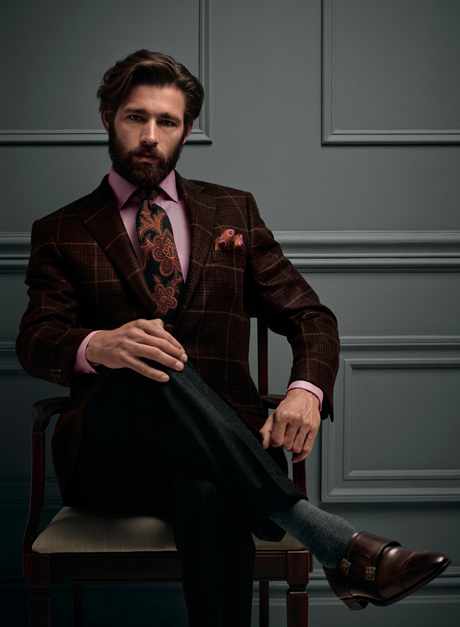 And this final look relies on pattern mixing for its ability to face down the two century stoppage of menswear progression.  Here we have herringbone tweed, a two color check, a paisley and a print all in play together, once again a whisper quiet statement of change is uttered. 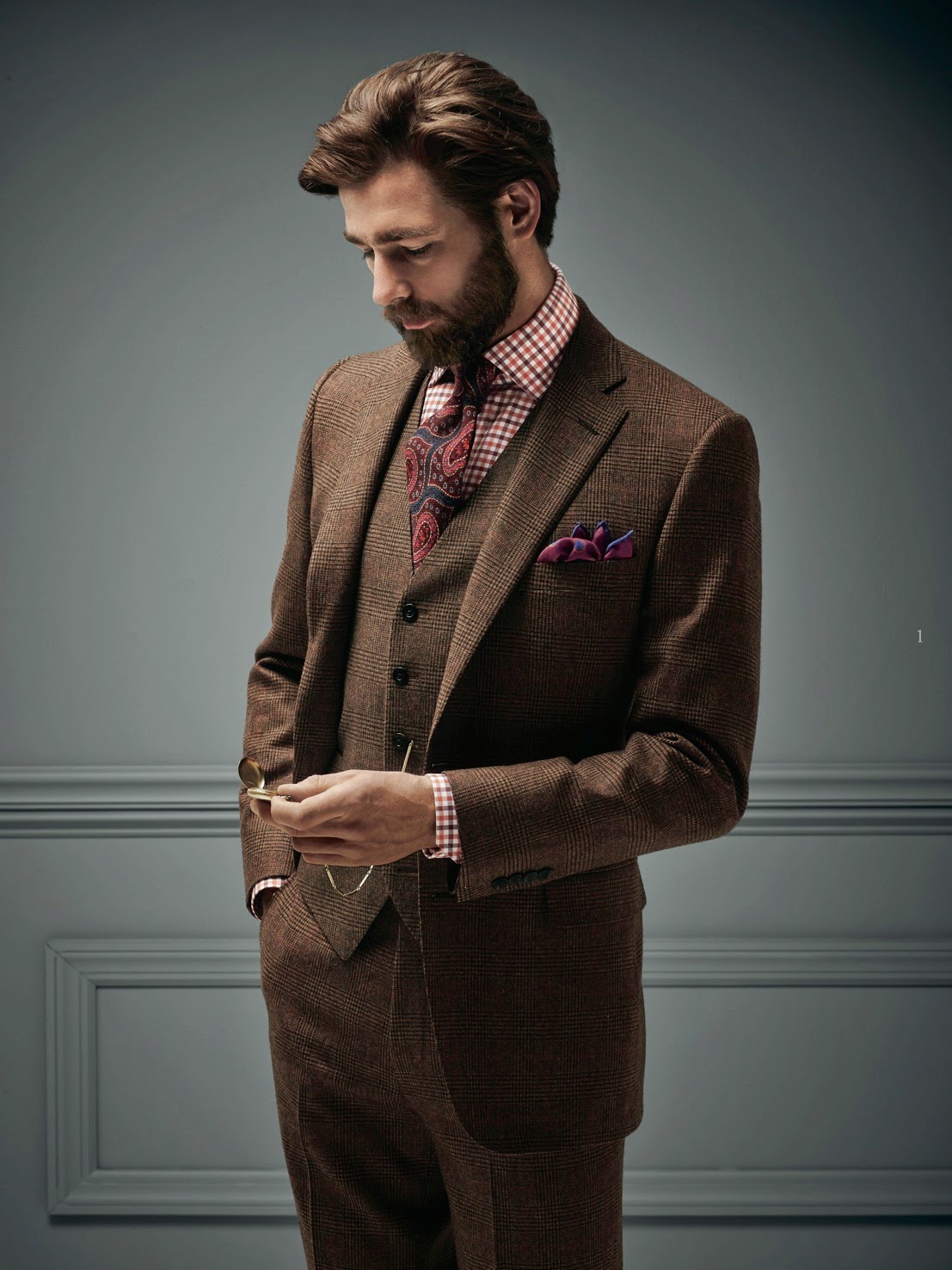 Now, why do I think such minutiae are significant?  Because, coupled with the seemingly relentless relaxation of all sorts of other social rules, and arbitrary boundaries of gender identity, these very small movements are the ones that will seep into the culture the most effectively.  Men who would not wear aggressively forward clothing would consider these looks, and so take a few small whacks at the menswear wall.