The Psychology Of Decades, Part Two

Once we entered the 19th century, everything changed, for everyone.  The political climate changed, the economics of Europe and America changed, trade with the rest of the world expanded exponentially, and changed those cultures as well.
The first decade of the 19th century was one of exploration. It was a time when we explored the world, thought, art, and personal freedoms in ways we hadn't before.  Women's attire reflected that change, though to our eyes today it wouldn't seem so.  Women's clothing had an unprecedented level of physical ease.  The multiple layers of encumbrances that had hindered a woman's ability to move about in the world were mostly gone.  The corset, though still in existence, was not an onerous device, only gently shaping where it had crushed before.  Petticoats were light and simple; and the dresses themselves were made of lightweight fabrics that moved and flowed with the body, rather than hampering every step. 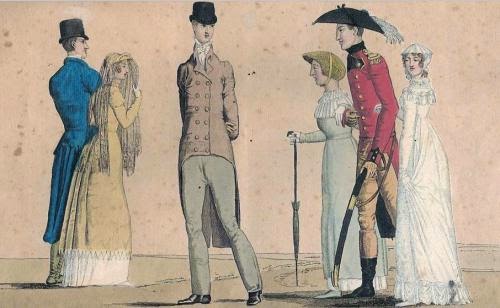 What is curious is that at the same time, men's clothing shut down; narrowing its focus and form into a rigid pattern it still hasn't completely foregone. Color, pattern and embellishment were virtually abandoned in favor of sobriety and serious mien.  But when viewed within the context of what was happening in the world, its not surprising. 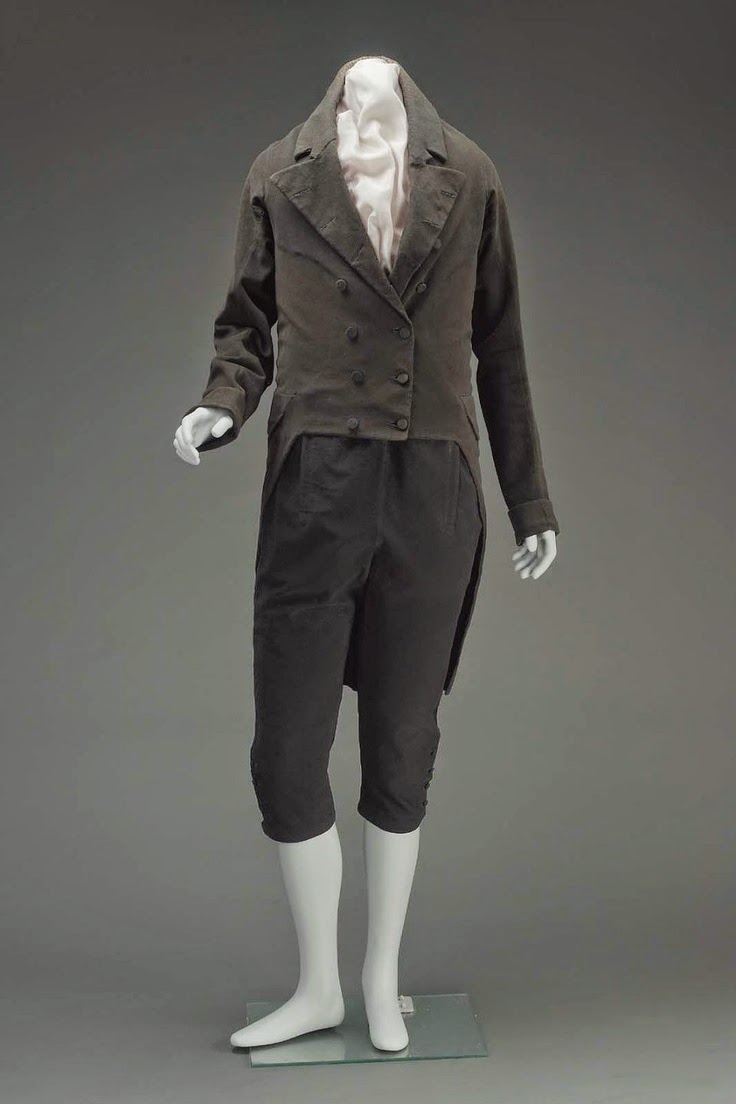 For the first time, the world of commerce was beginning to make its strength felt in all levels of society.  Prior to this time men of business were always going to be looked down upon, but with the increasing international trade, and the always growing industrial revolution, which was changing everything about how we produced the goods we traded with, these men were becoming major figures, taken seriously at the highest levels of governance.   As a consequent, their apparel reflected that seriousness, and their direction to duty and accomplishment.
Part of what is intriguing about the 19th century is that, as we move along the track, the disparity between how women and men express themselves through Attire becomes greater and greater.  At the beginning of the century men and women seem to be of a common purpose and goal; their clothing reflecting an innate sense of responsibility to the world about them.  As we progress through the century, and the Industrial Revolution combines with both English Imperialism, and American Entrepreneurship, men's clothing becomes ever more sedate and conservative, while women's clothing expresses ever higher levels of frivolity and silliness.  Surely, you could say that women's clothing was confining, conservative and hidebound by conventions. All that is unavoidably true.  What is also true is that women became living, walking repositories of physical wealth and sway.  The clothing they wore was a strong, loud signal to the importance and social status of the men they were married to; and as such, it was incumbent upon them to express that as adroitly, and loudly as they could. 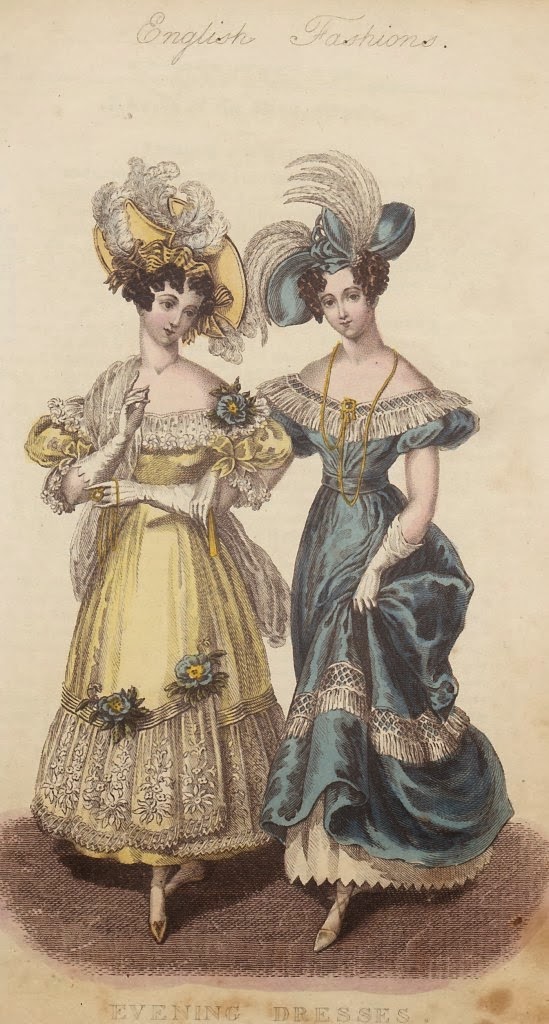 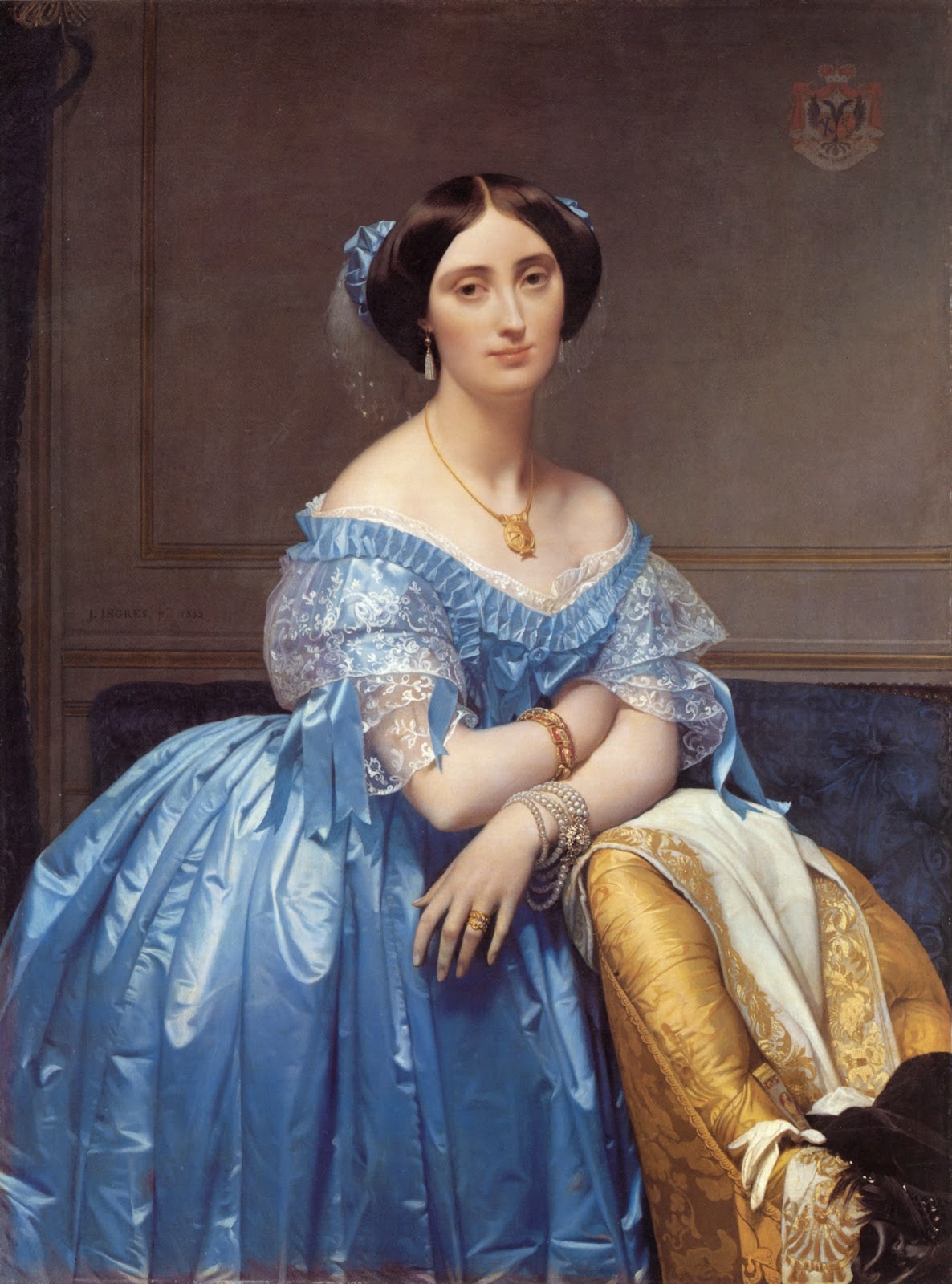 The production of the first reliable sewing machine by Elias Howe in 1846, levels of workmanship that has required skilled labor weeks to accomplish could be done in hours or days.  What this meant to the upper class women of the day was that in order to retain a sense of superiority over the middle and lower classes, they had to rely more and more of sheer volume of fabric, and decoration to maintain their sway. 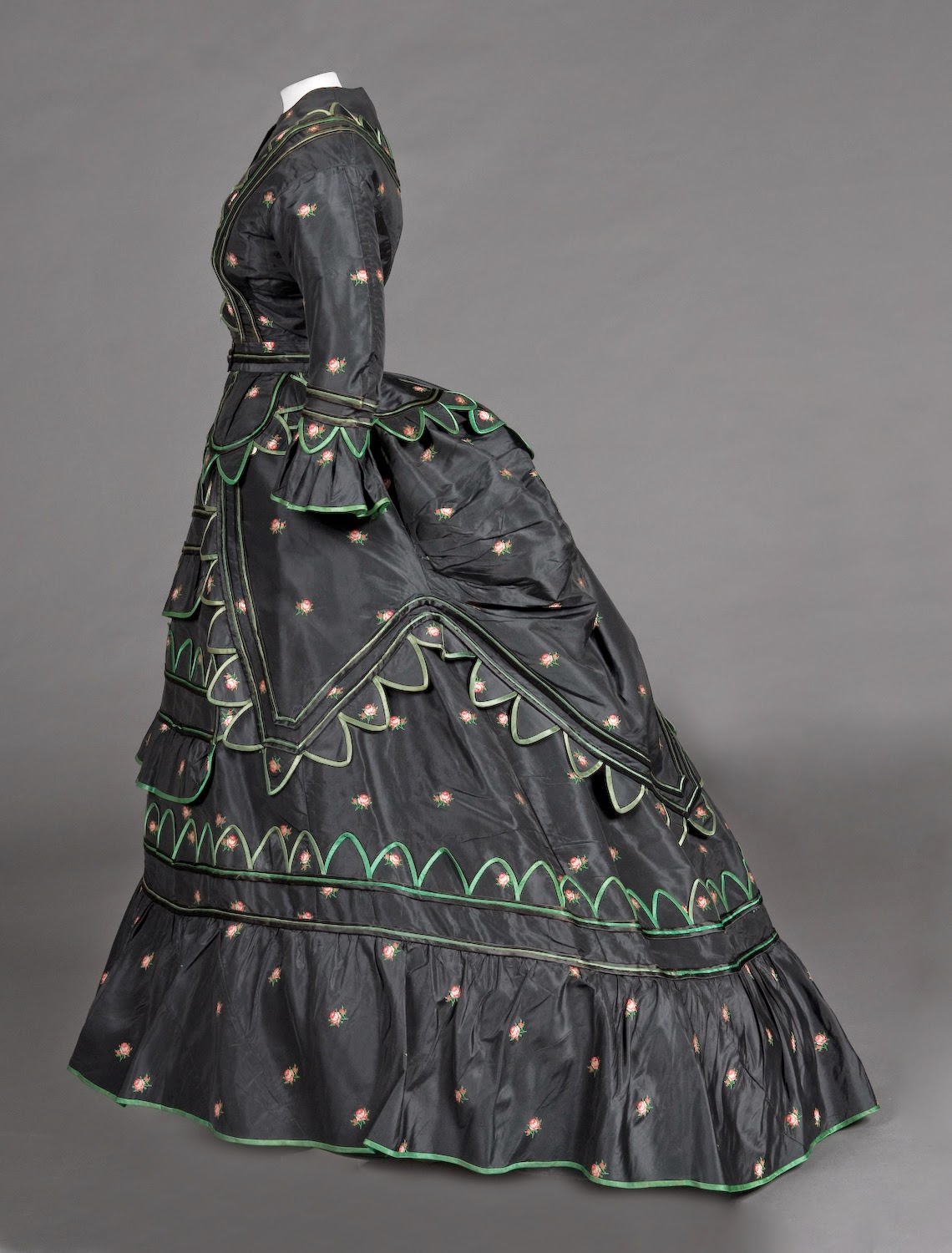 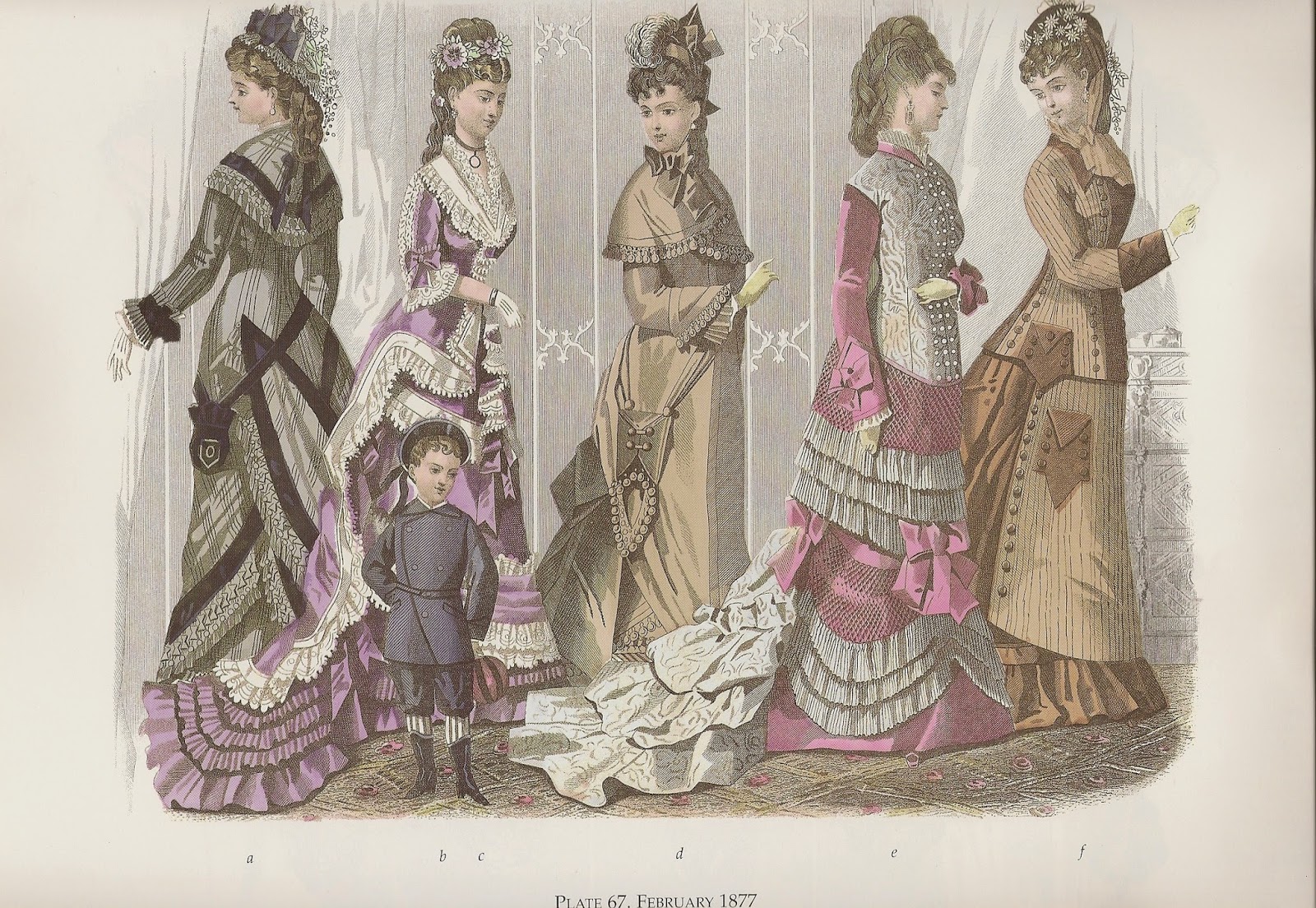 So, what we get to here is that, as we worked our way, literally, through the 19th century, it became increasingly important to show a sense of reliability, steadfastness, and a willingness to follow the rules.  For men this expressed itself in black, navy blue and dark brown, a lack of loud patterns, and a fiercely narrow range of sartorial options that were deemed correct.  For women, it manifested in a vast and complex set of rules and regulations that commanded every moment of every day with regard to what was appropriate to wear.  No matter what extremes the fashions went to, everything about their usage was tightly controlled and viciously scrutinized.