The Psychology Of Decades, Part Three

The second half of the 19th century saw the Industrial Revolution create several significant changes in how we viewed ourselves, and how that made itself apparent in our choice of clothing. Business and manufacture became, for the first time really, areas that were getting praise and support, not only because of what they provided for the individual, but what they meant to national prestige.  The introduction, during the Victorian era of the notion of a multinational exposition made it possible for countries to show off the type and level of their made goods in a non-violent way. It also showcased these things in the best possible light; and as a method of advertizing, they were unparalleled. So by association, those businesses, and business men, that best represented the skill and variety of a countries products, got a great deal of positive attention. 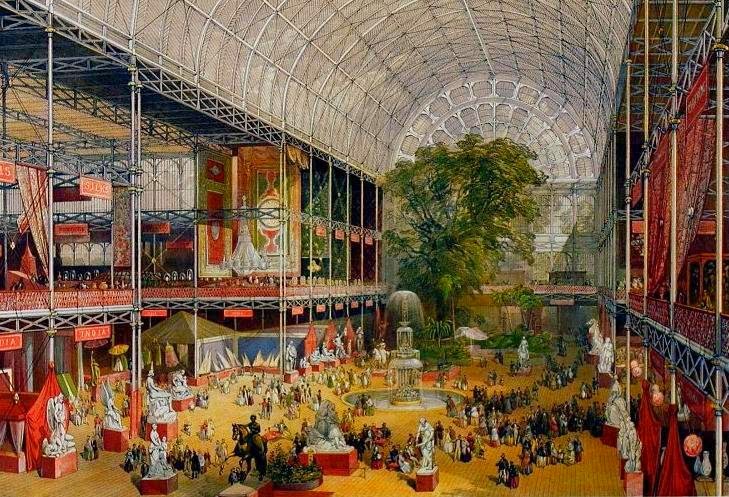 It became a part of the social consciousness to make oneself look, as much as possible, like one of these people, or at very least, the sort who would know them socially.  So overt display of wealth for women was given a lot of room to play in.  Though even in this, there were strict rules and regulations of correctness.  Step outside of those rules, and you ran the risk of being marked as unsuitable.  So, though there were enormous amounts of trimmings, ruffles, pleats, and bead work festooning the clothes of women, the way they were used, and in especial, the color palette, was very carefully watched. 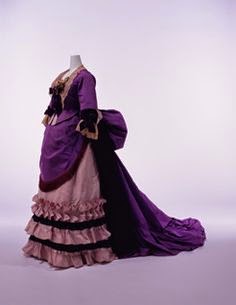 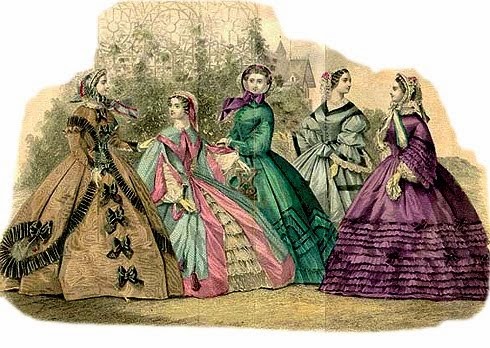 Sure, the mid century saw a sudden vogue for the brilliant colors made available through chemical dyes, but the social elite saw this as vulgar, and so used those stuffs only in small doses. 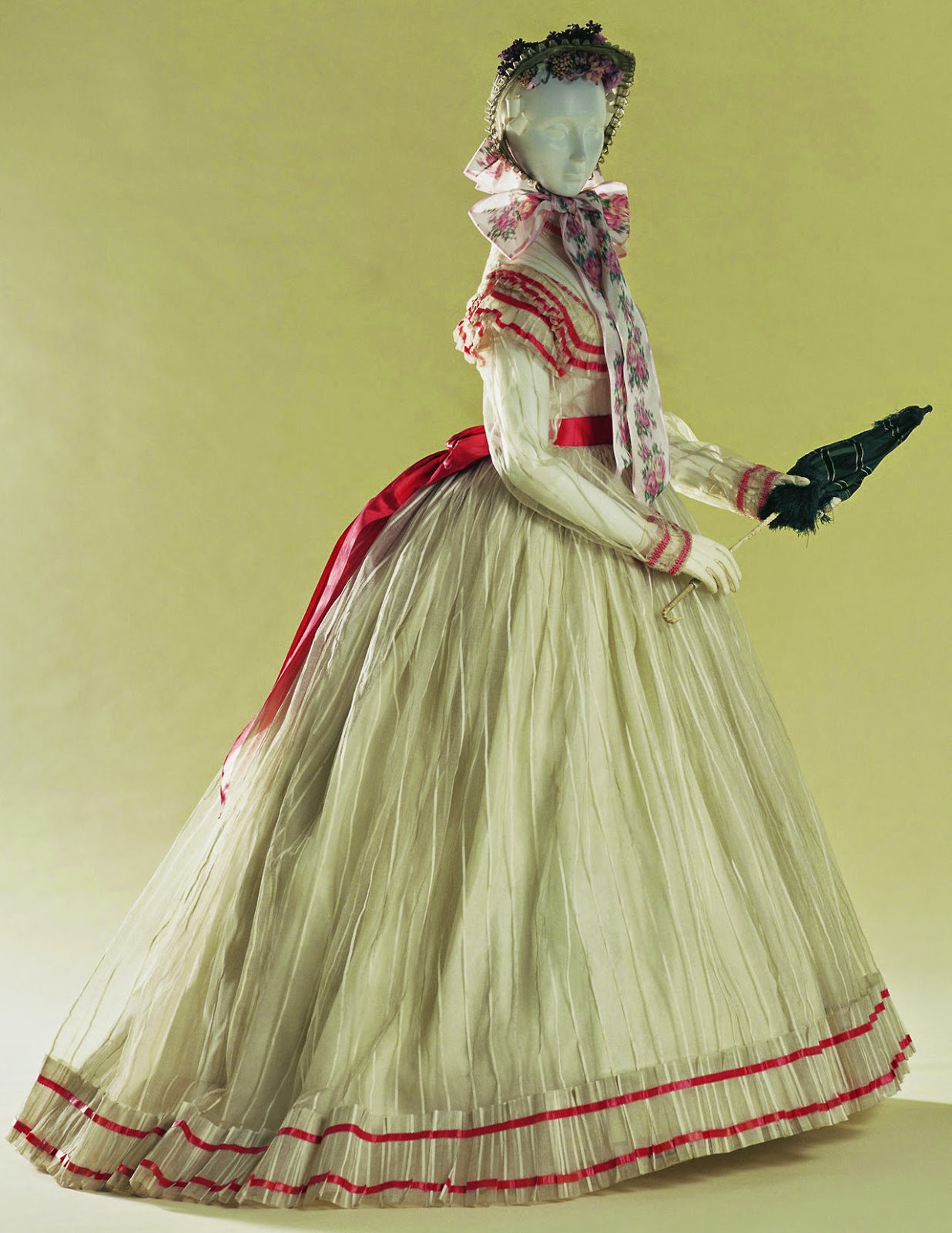 It was also at this time that numerous periodicals came into being that existed in part to offer ideas and patterns for women to use, but also regularly expounded on what was correct to wear for what occasion, and by what sort of person. 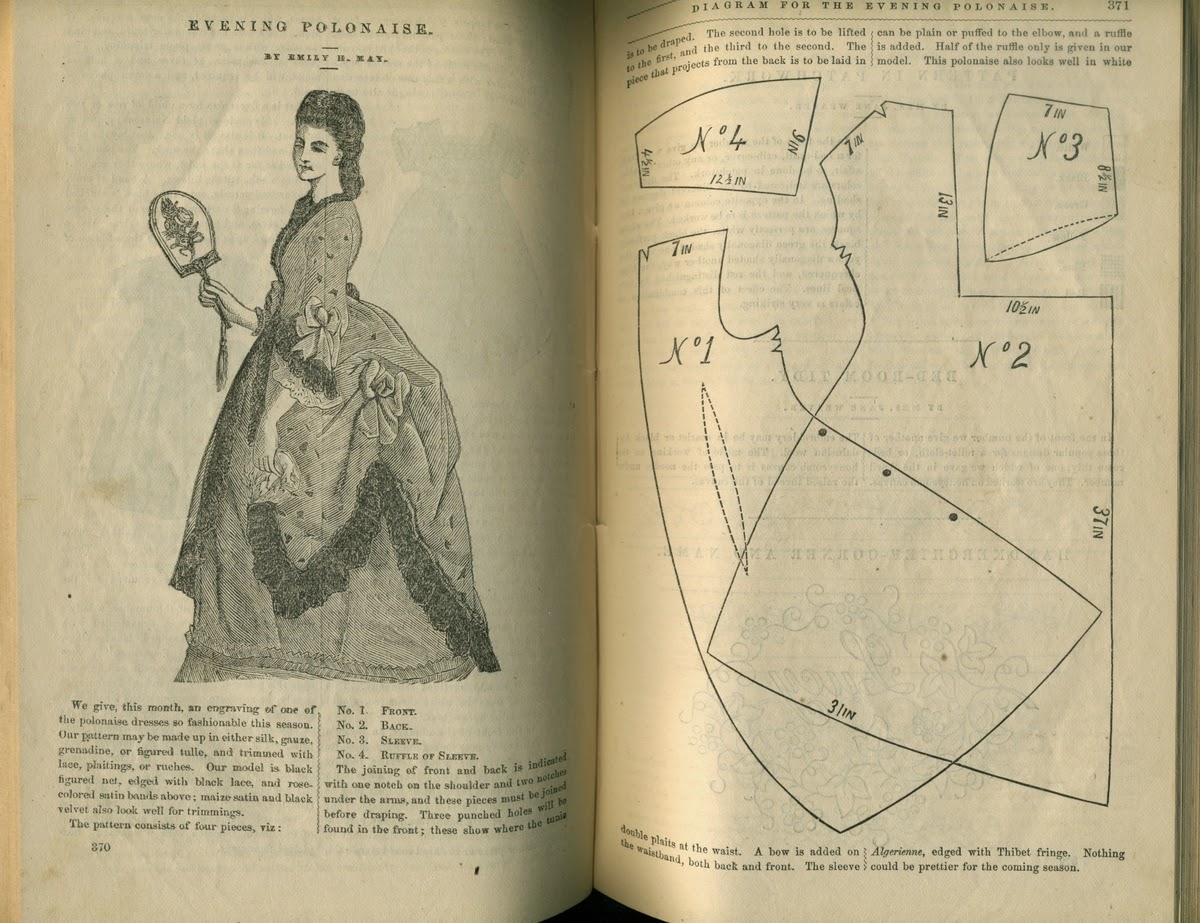 These magazines became essential to a woman's ability to navigate this maze of rules, and laid the groundwork for the fashion magazines of today.
So, the essential conservatism of the ruling class still affected how the rest of the culture thought and behaved, even in the face of constant, and ever more rapid, technological and social changes from the greater world.  The mid century maintained its rigid grip on convention, knowing in some non verbal sense that there was a huge dichotomy between the world they desired to exist, and the one that did, in fact.
This repressive psycho-social behavior, expressed itself for women in fashions that were year by year becoming more constricting; till by the 1880s, with the cuirass silhouette,  women could barely walk.  The corset, which had stopped at the upper hip now dropped down to crotch level, making sitting more difficult than ever. The skirts, which had been enormous, became a narrow, heavily decorated, and hampering tube. 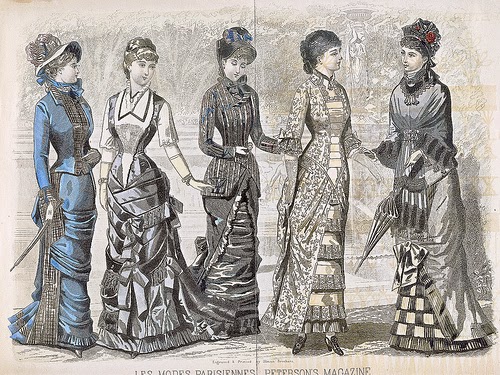 Now, the gentlemen of the crowd were not left entirely out of this process. Far from it. What became essential to their physical expression of the overarching social mind set, was the adherence to a very small range of accepted styles and colors; coupled with a level of tailoring skill that has never been commonly available since.  The marks of a polished gentleman were his immaculate, and perfectly tailored clothes; even though they were also expected to be sedate to an extreme.  Even your average bloke became adept at seeing what was right and wrong in another fellow's dress. So, little escaped notice in men's clothing, just as it didn't in women's. 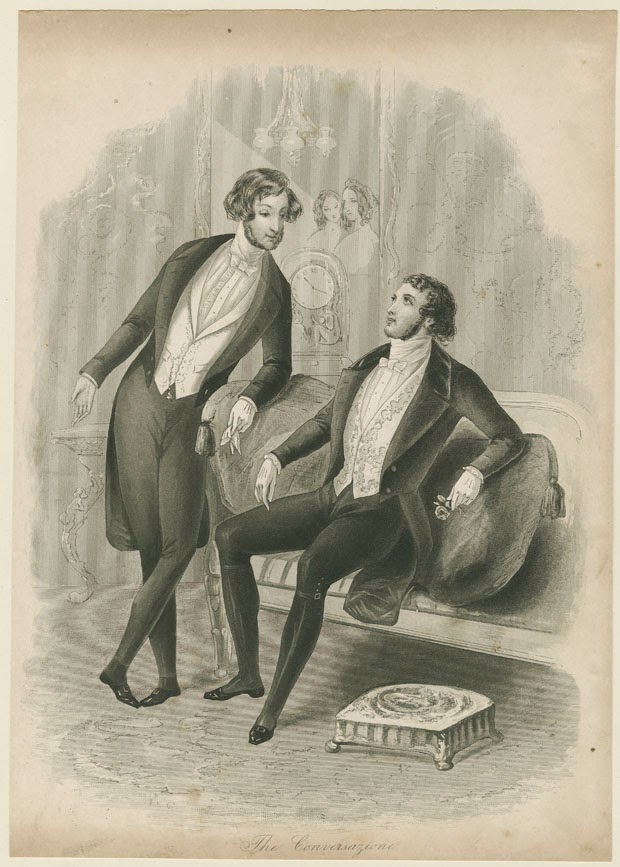 This mental and emotional choke hold stayed in place clear up to the end of the 19th century. Commerce was king, and technology its prime minister. And social behavior was an unassailable bastion.

But, boy howdy were things about to shift.
Posted by Paul G. Ellis at 3:45 AM