The Psychology Of Decades, Part One

Each time, each decade, has its own mindset; its own way, of not only viewing the world, but expressing within it.  As we scroll back, we can easily see how effectively the Attire language speaks the mindset of that time from which it sprung.
For the purposes of this discussion, I'm going to start in 1770.  One reason, is because prior to that there is precious little that remains of what we wore, to look at and discuss.  The second reason is that 1770 was the tipping point of the huge revolutionary movement that changed everything in the Western world. 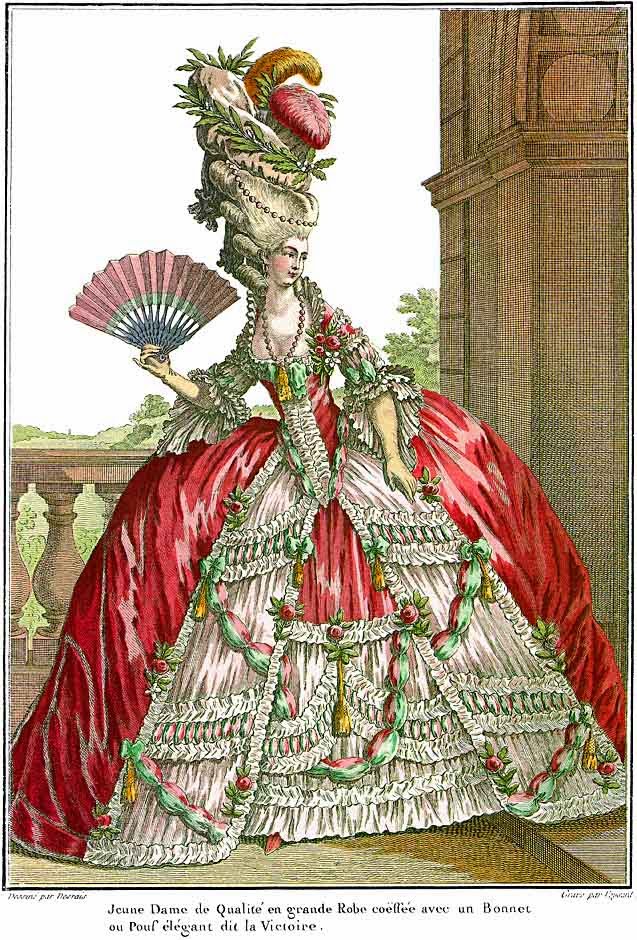 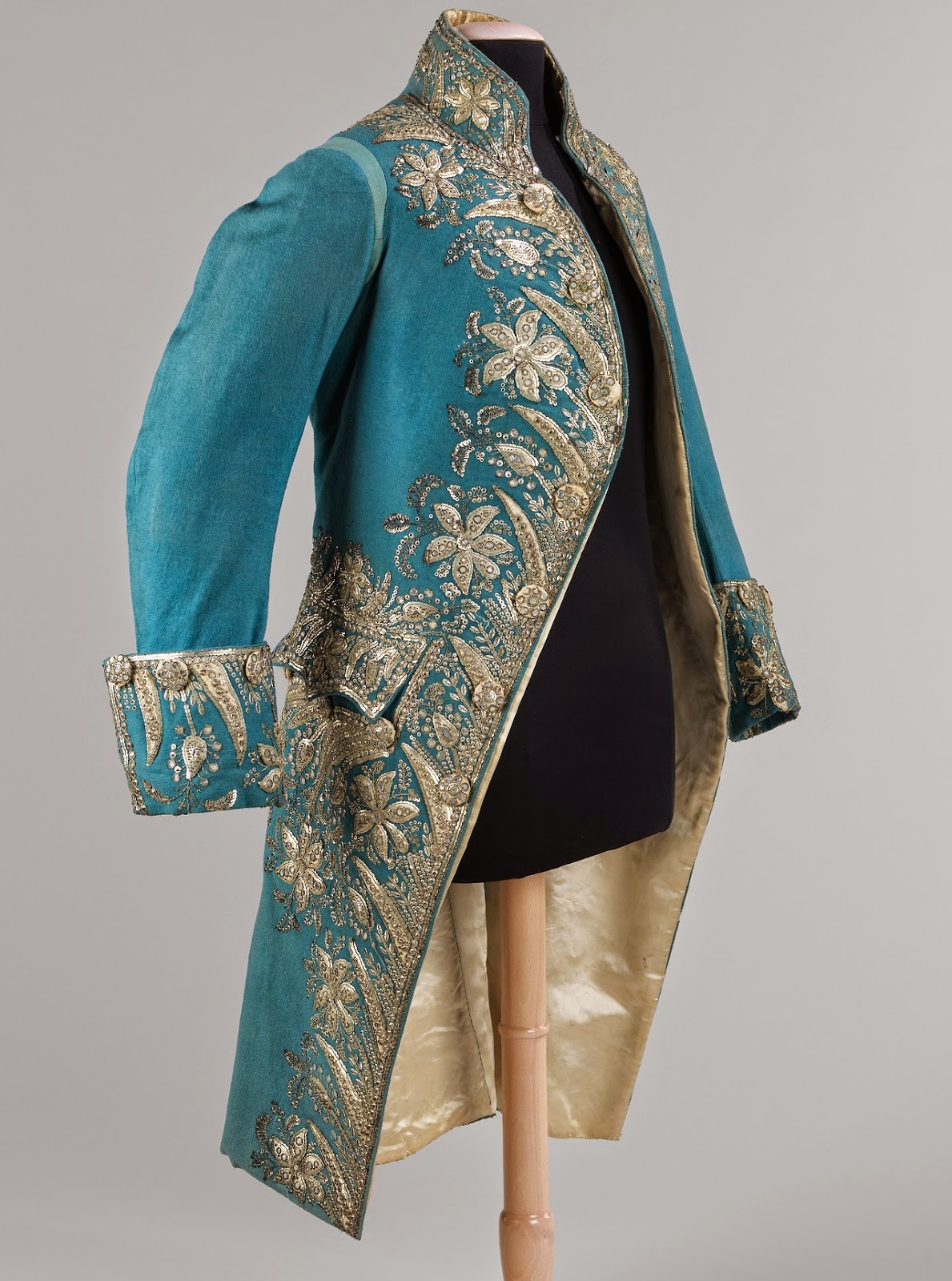 In 1770 the royal courts of Europe still held unchallenged sway, and in the colonies in America, the revolution was, as yet, unborn.   The clothing of the royal courts expressed a profound rigidity, a lack of connection with the real world, and a complete dismissal of the needs of the common people.  Everything was about abundant display, extravagant detail, and expert workmanship carried out by the very people they dismissed with such ease.  As a manifestation of the highest levels of human endeavor, they stand undefeated as some of the most sublime creations ever configured by the skill of laboring hands. As an exemplar of the disparity between classes, they could not possibly have been more eloquent.  The styles were extreme, the fabrics outrageously costly, the silhouette, unreal to an extraordinary degree.  The sheer width of the chasm between the haves and the have nots was expressed in the volume, decoration and abundance of the clothing of the elite.  It seemed rigid, and as unchanging as a range of mountains.
By 1780 something was happening.  Cracks were appearing.  The great thinkers of the age, Voltaire, Rousseau and Jefferson and Franklin, were championing the wisdom and worthiness of the common man, along with the rise of the Arcadian movement in England.  The clothing, even of the highest, was changing to reflect that alteration in focus.  A desire for simpler, less adorned clothes, in more rudimentary fabrics began to take hold.  The fatal Queen of France retreated regularly to Le Hameau, her idealized rustic retreat, and wore simple cotton and linen muslin dresses, devoid of embroideries and furbelows.  (It must be added that her dressmaker, Mme Bertin charged her not one sous less for them than she had for the wildly huge gowns she had done previously).  Outside the court the upper classes were embracing a more realistic notion, and dropping their overblown styles.  Partly they did it because the winds were blowing a different direction, and it was in their best interest to do so.  And they did it partly, unknowingly, because the overarching psychology of the time was in flux. 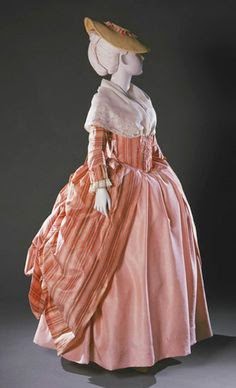 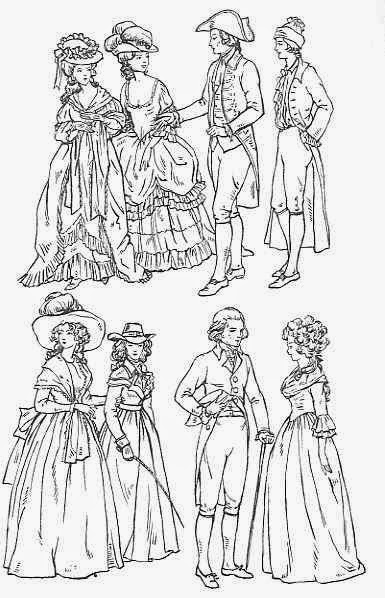 We don't think about this consciously, but we are affected by the psychology of our time.  The general mindset and focus of our particular age changes how we manifest our daily appearance and person, even when we don't realize that it does.
The 1790s brought more changes as the revolutionary fervor grew across Europe and America.  The new United States had created a wildfire of change in the world, and people all over Europe were questioning the validity of unchallenged Royal Authority.  As this happened, changes occurred in the Attire language to reflect and express those questions that we were raising more and more loudly.  The most significant change happened smack on the shift into the 19th century. 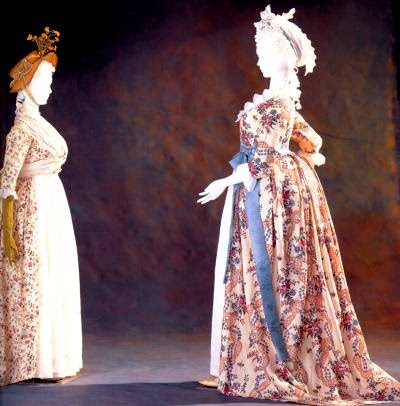 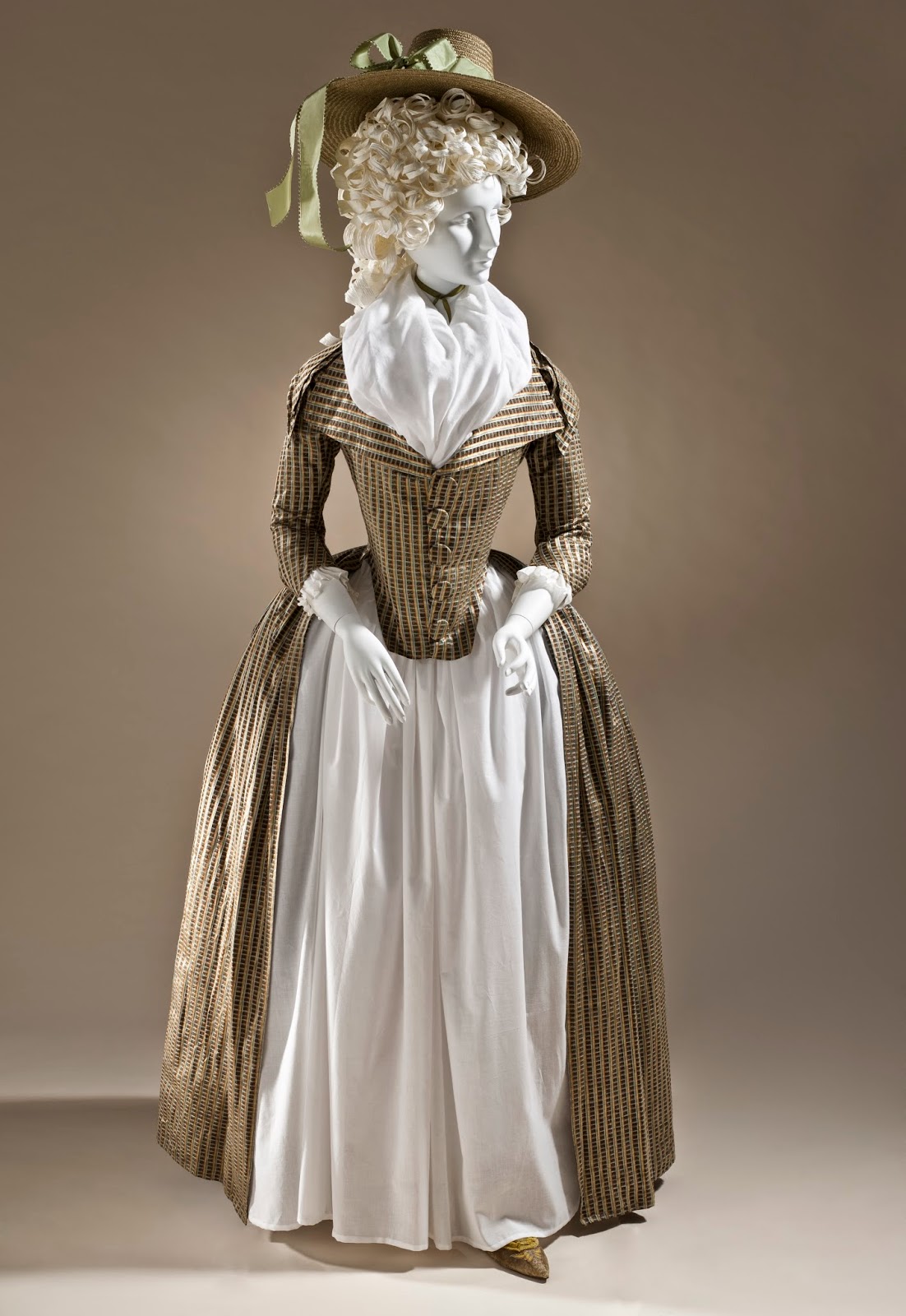 With seemingly no preamble whatever the clothing of women deflated into narrow a unadorned column, and menswear dropped the peacock colors and lavish embroideries that had been the province of their sex.  The panniers, the multiple petticoats, and the stomacher all disappeared in a blink.  And we were left with sheer muslin dresses that hung free from just under the bustline, allowing women for the first time in ages, movement that was unencumbered by bulk.  Menswear, sadly, entered into that period from which it has yet to fully emerge, the total ossification of line and form that hampered the inner strutting peacock, and turned him into something sedate, serious, and conservative. 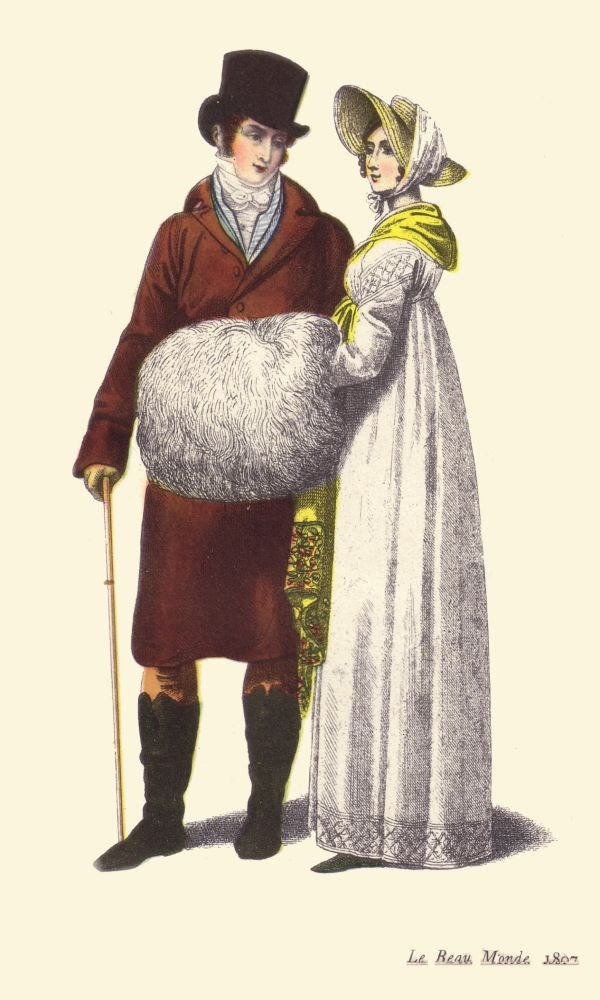 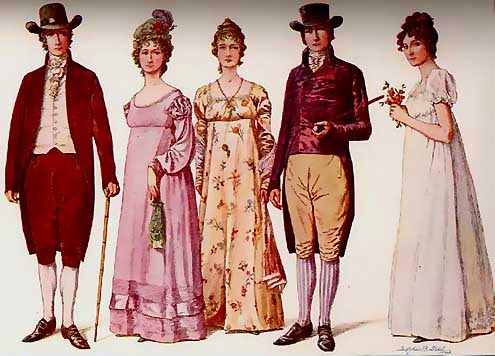 So, you see we are married to our time, whatever we might think otherwise. The rulers, and the ruled, are both conformers to the psychology of their own age and place.  And I will continue moving us along this pathway, right up into the now.