Crowned With Many Crowns

I wanted to continue the conversation about hats and headgear by focusing on something particular.  Without question, the single most iconic piece of headgear, the one that creates the strongest emotional and psychological response, is the crown. 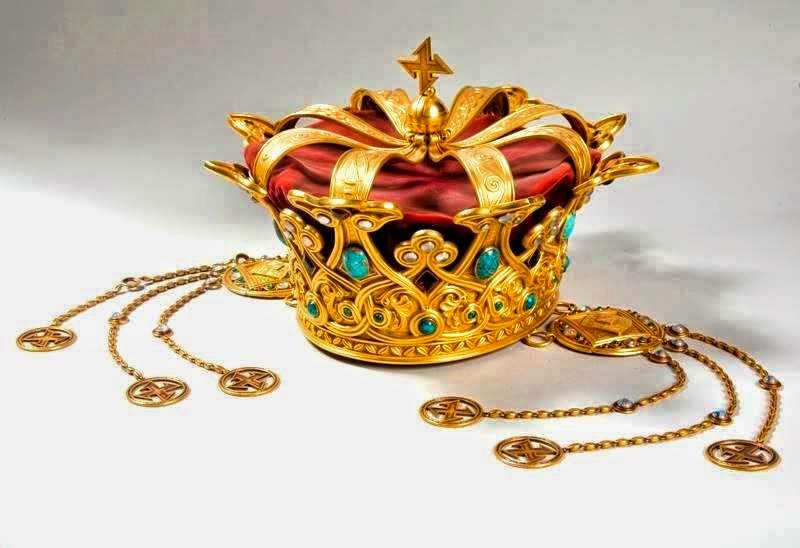 Crown of the Queen of Romania
Whether our reaction is one of delight, revulsion, anger or covetousness, we respond them instantly in a way we do not for any other type of thing we put on our heads.  Our feelings of instant consonance, allegiance, or resistance are so long held, so deeply inborn, that we don't even acknowledge them on a conscious level.  Now why is that?
My own thought on this connects to what I said in a prior post.  The very first thing we did in our dim undocumented past, is put things we found beautiful or important on our heads.  We did so to show we had conquered them if they were prey, and in some other way, some deeper, less obvious way, we put them on our heads to say that we understood them, and controlled them. And so, the concept of a crown meaning temporal sway over others was born.  Sure, it began as a simple expression of domination over captured animals.  It was also a form of sympathetic magic, allowing us to draw the power of some beast we had hunted into ourselves.  Quickly it grew to mean an understanding and control over larger parts of the natural realm.  And over the centuries, the crown, in whatever form it took, began to signify a complete understanding of the world both physical and spiritual.  And connected to that, that all those viewing someone in a crown, must subjugate themselves to that person.
Part of what I find interesting is that it matters not one bit what a crown is made of.   It can be wood, bone, feathers, stiffened hide or metal. In its manner of decoration it can be pure and simple, or insanely complex.  None of this diminishes the impact, only the message changes a bit.  A crown of feathers and hide evokes a different, but no less deep seated response in us, than a crown of beaten gold set with gemstones. 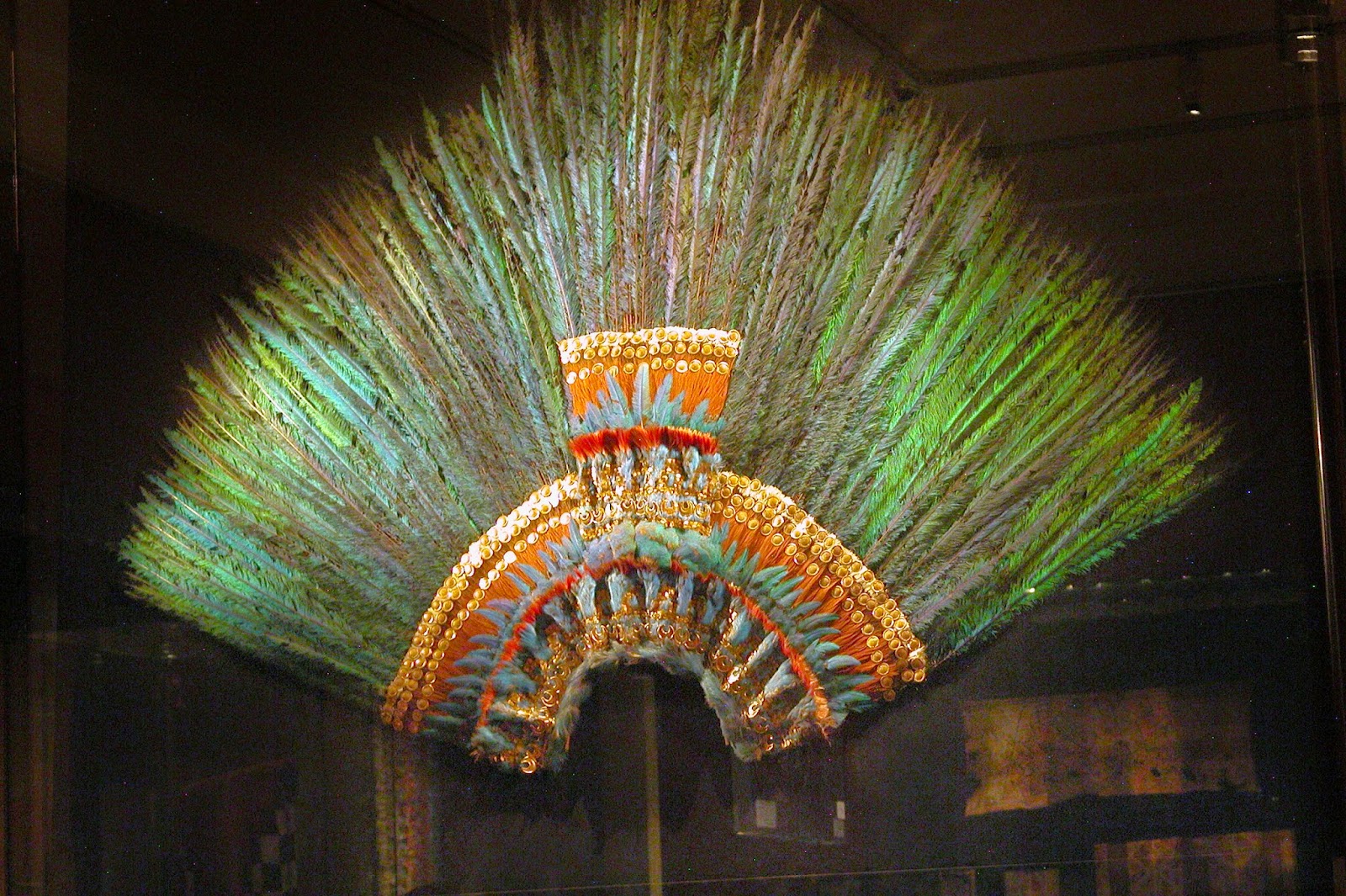 And another point of significance is that a crown can gather history about it over time.  Since crowns are most often made from long lasting of materials, which only adds to the subtext of power and permanence, the wearer is not only invested with whatever sway is conveyed by that particular crown, but also the influence of every other who has worn it.  So again, there is another subtle sympathetic magic involved, though we wouldn't these days think of it in those terms. 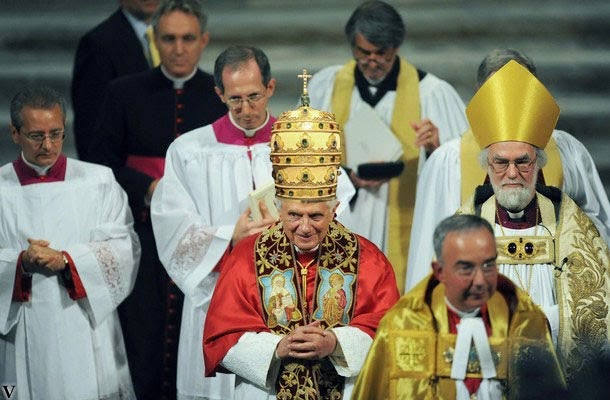 Crowns are such an old and well known part of the Attire language it is unlikely that we will ever stop using the word entirely.  Though the vast number of us will never wear one in real terms, our understanding of them, and what they mean, goes past all our boundaries and social conventions.  We know instantly that this person is elevated above the norm, and has some sort of special power, be it magical, religious, or temporal. 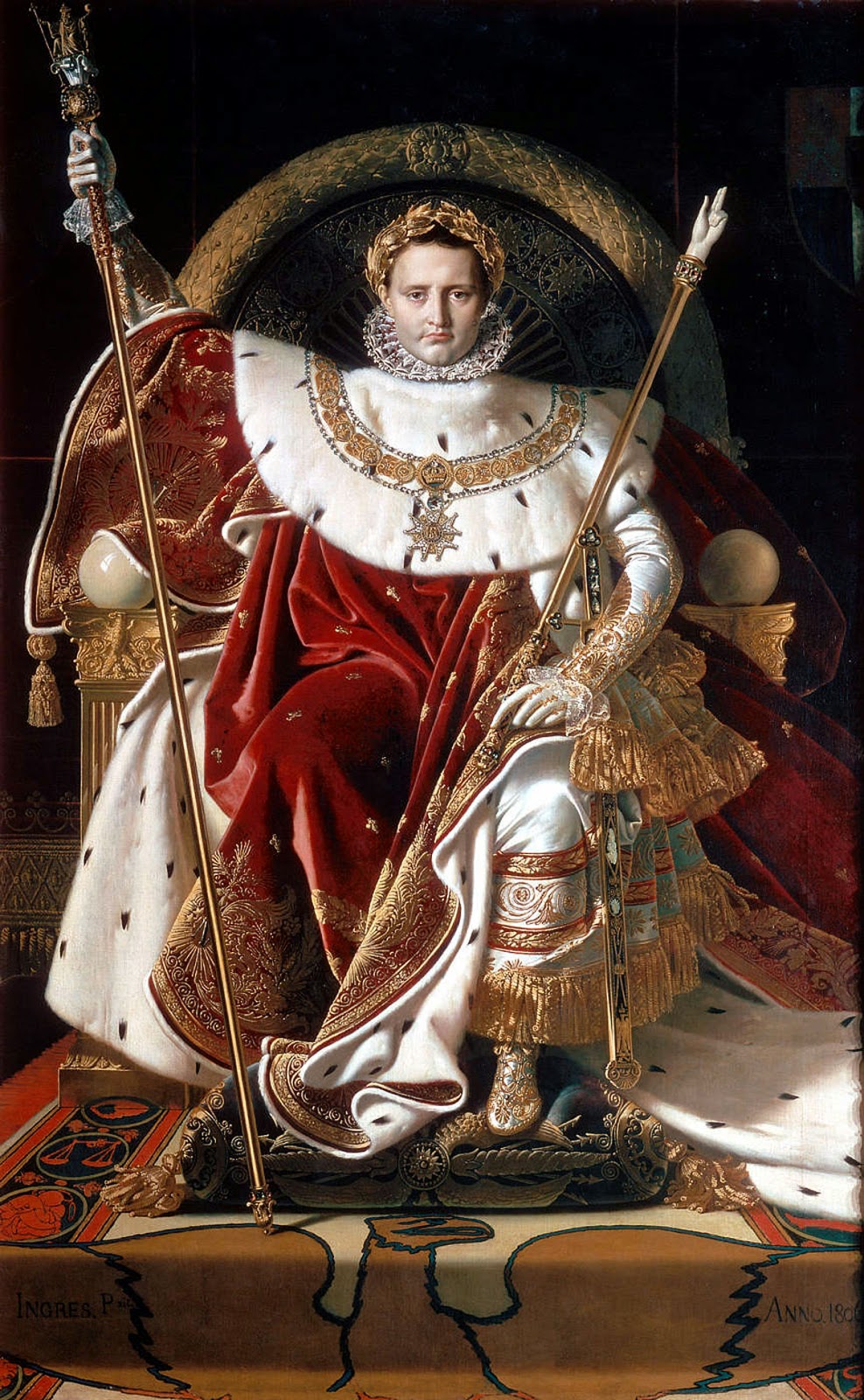 They need not speak, themselves, because the Attire language is doing the talking for them.