Charles Frederick Worth is widely acknowledged as being the father of Couture, a notion which must have rankled the French since he was English, and spoke not a word of French, though he worked all his professional life in Paris.  He was known for his extravagant, and emphatic creations, frequently relying on astonishingly bold textiles to do a lot of the work, in an age when over-laden embellishments were the word of the day. 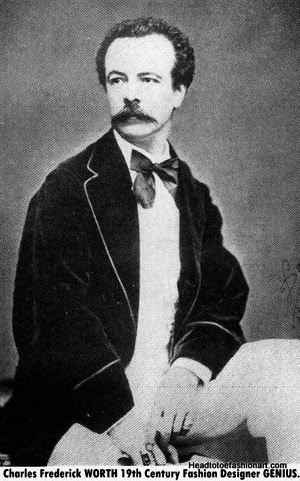 What he is much less known for, are the fancy dress costumes he did.  At that time in Europe and America, fancy dress balls were a major entertainment for the fashionable elite. There would usually be more than one during a season, and so, couturiers and dressmakers were called upon often to make fantastical costumes for their clients, since persons operating separately as costume designers were very often less skilled, and were also deemed socially unacceptable as business associates.
The sketches here below are all part of the Victoria and Albert museum's collection and all come form the year 1860, when Worth's house was only 2 years old and still called Worth and Bobergh, with his partner, Otto.  Part of what is fun to look at here, is not only the amusement of the designs, married to a staunchly Victorian mindset, but also the way they give a peek into how Worth thought about design, and composition.
When you really look at these sketches you can see where he was going to go as a designer emerging from wherever it had been hiding. 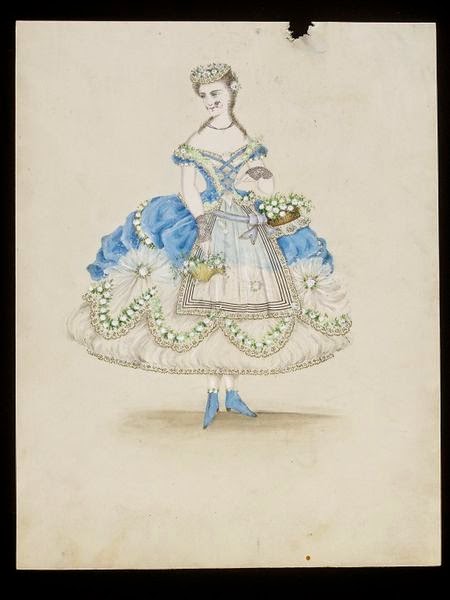 This first sketch shows his love of the 18th century, a notion in design to which he would repeatedly return throughout his long career. 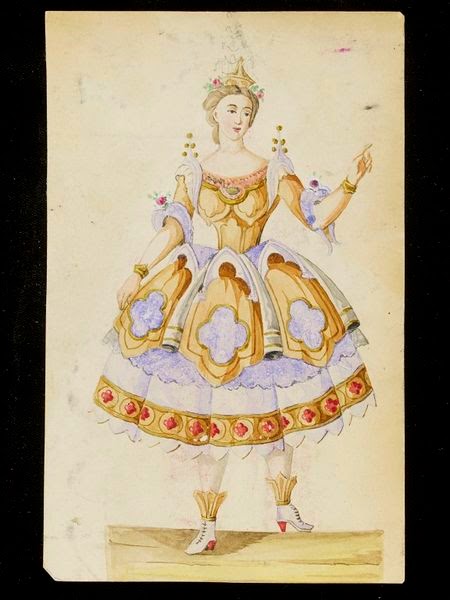 Grand scale is on display here in this sketch, all the important elements blown up huge for emphasis, as he would do time after time in years to come. 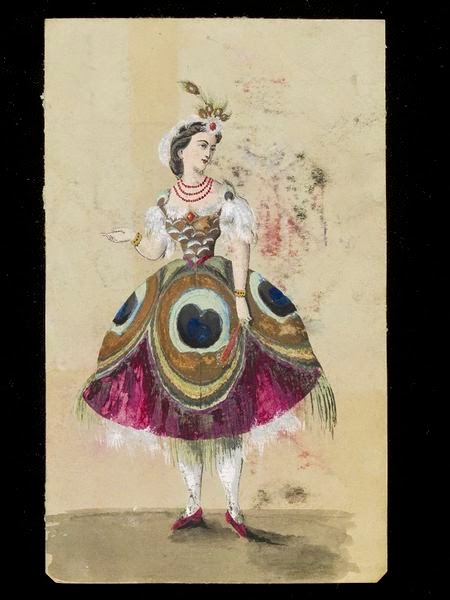 Sharp dramatic contrast was one of the house's strongest points, here seen in an early stage, but still clear as a bell. 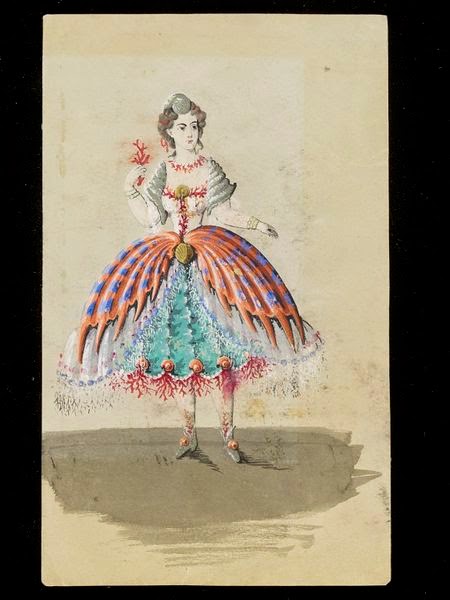 Worth loved balancing odd colors together and making them sing. 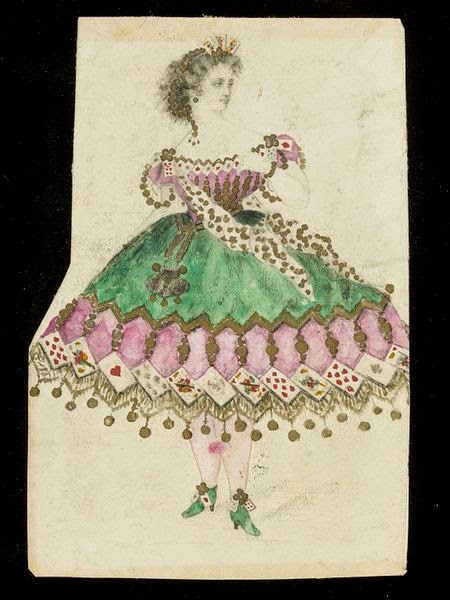 Rhythm was enormously important to Worth in an overall composition, and this delightful deck of cards costume is a wonderful example of that in play.

Now that you've seen where his playing cards emerged from, take a gander at what he did with them. 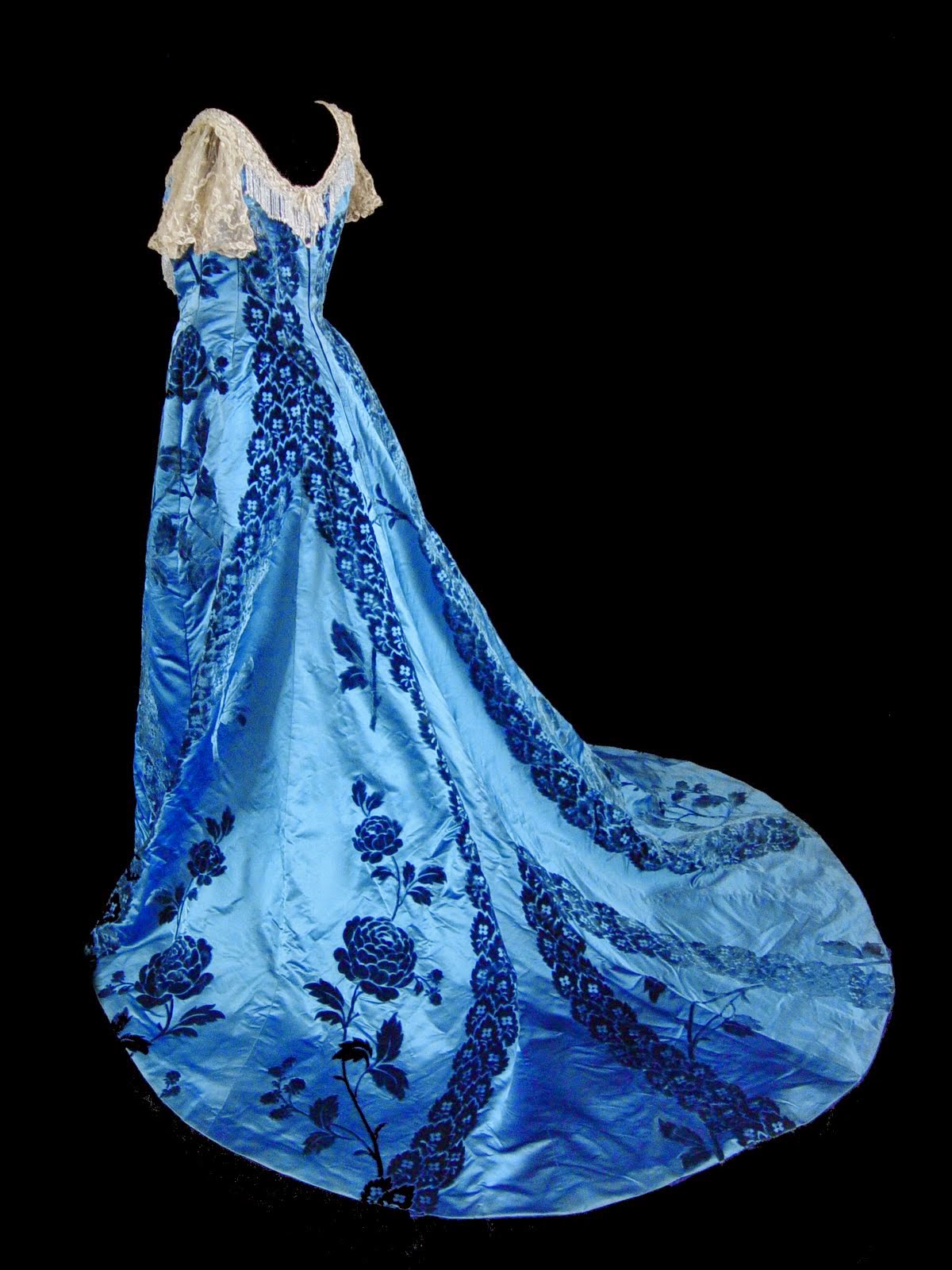 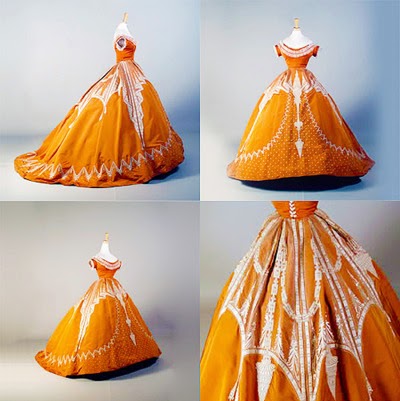 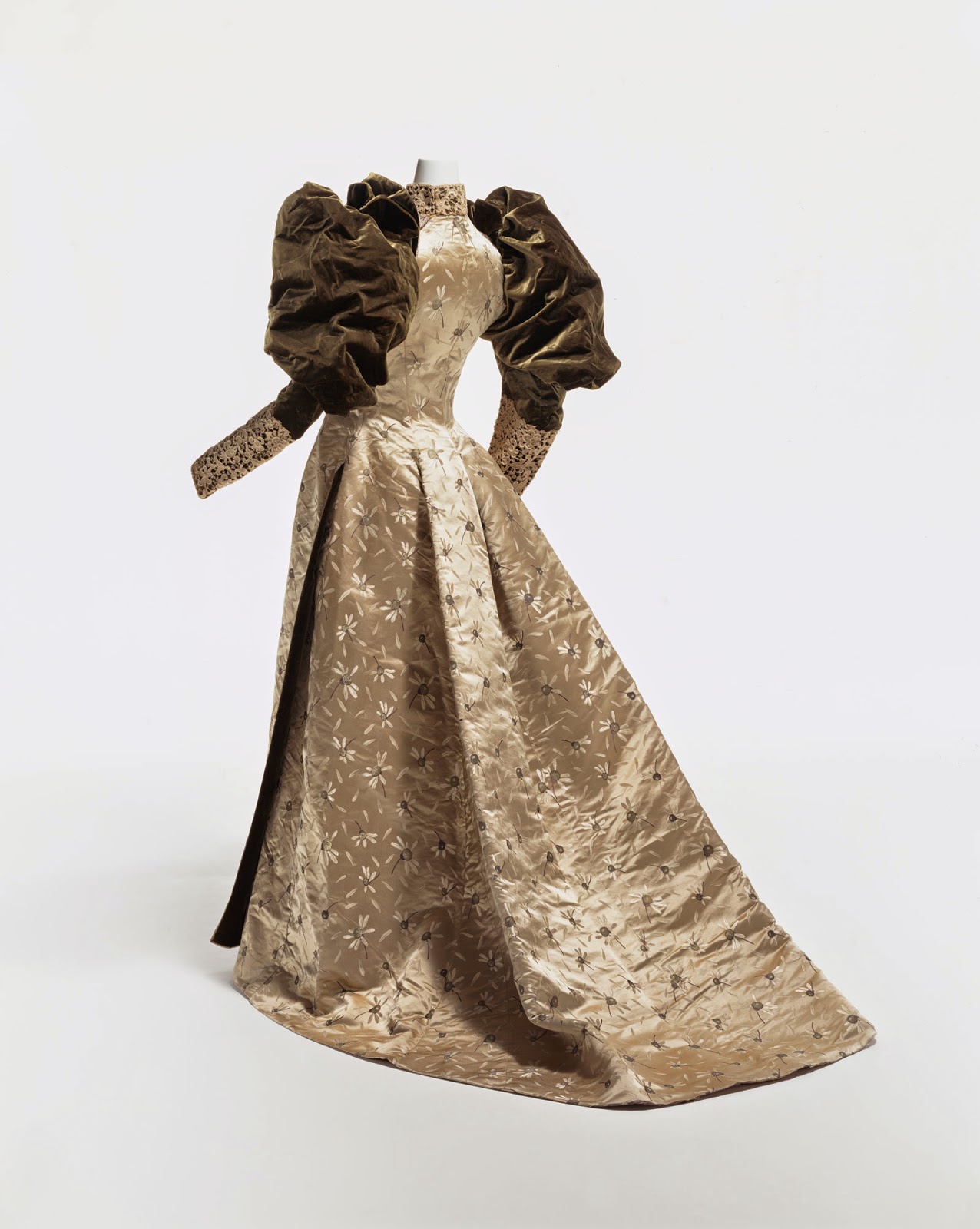 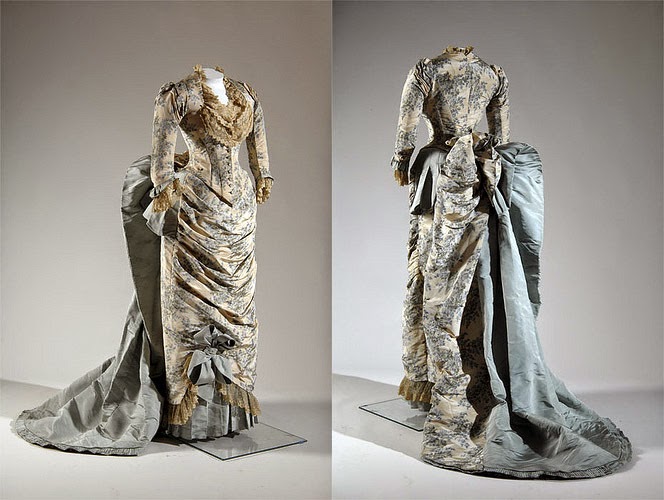 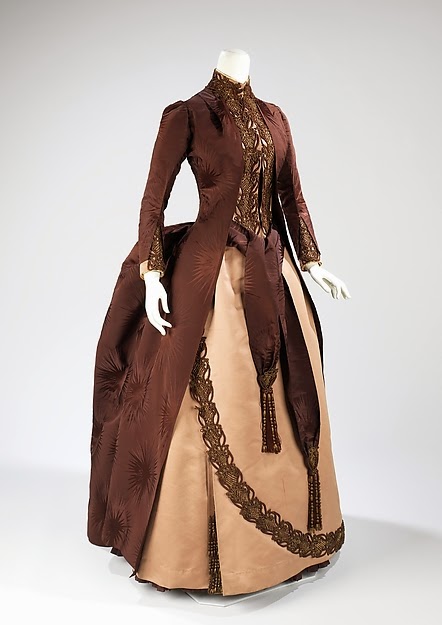 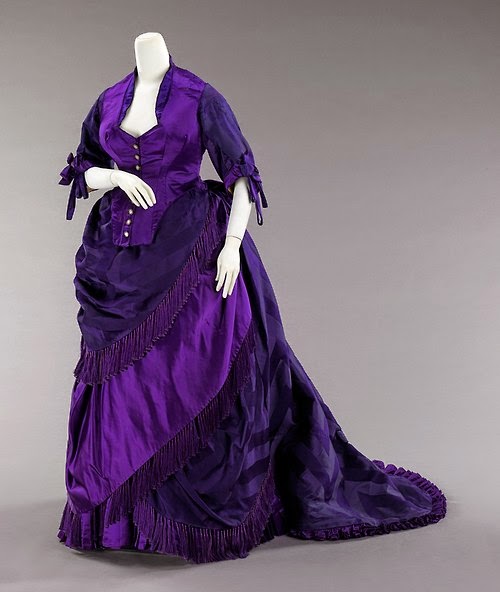 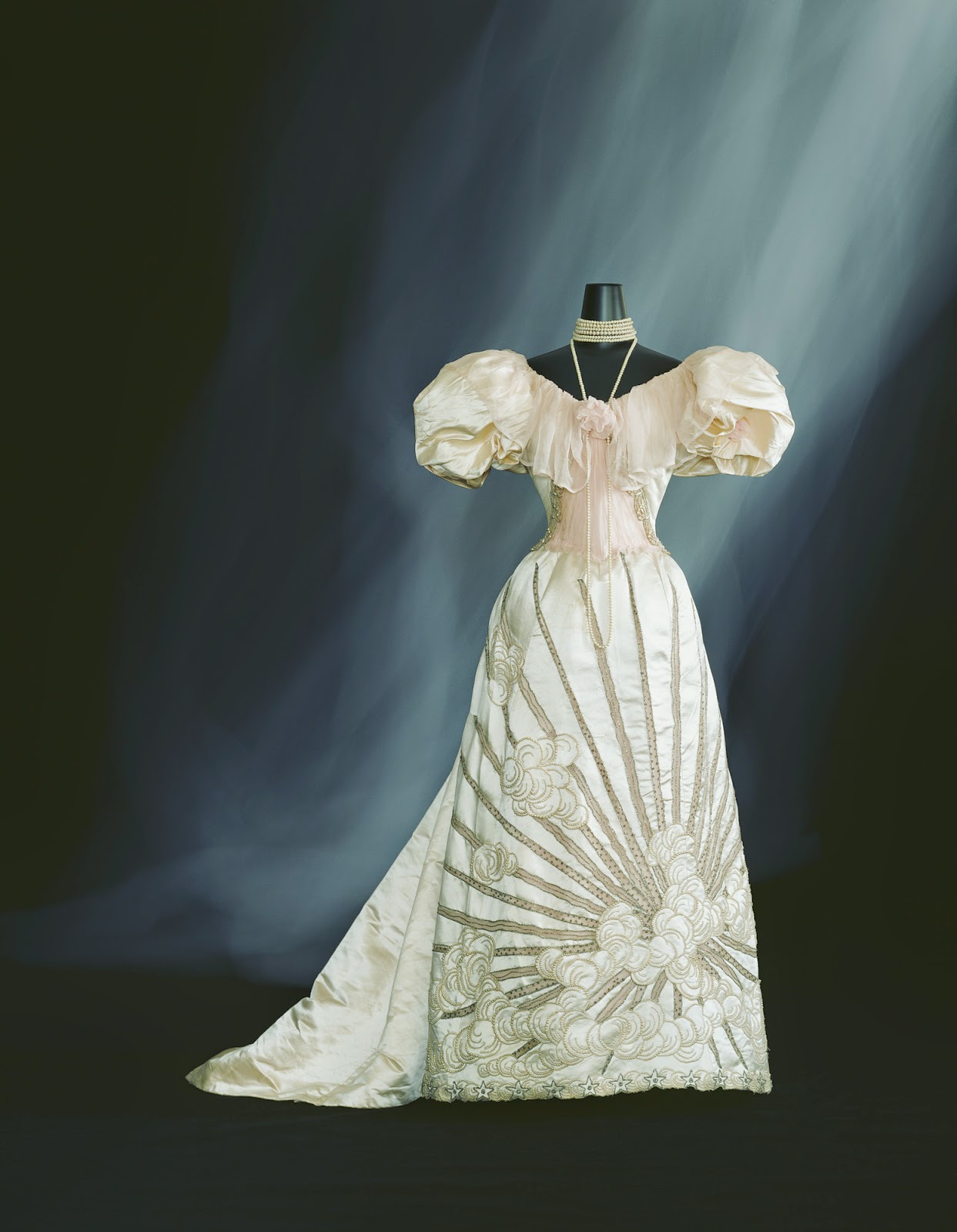 The sheer bulk of his work is jaw dropping; and his design sensibility is still dazzling, even over a hundred years later.
Posted by Paul G. Ellis at 3:47 AM