In the realm of men's wear, there is no single more potent or iconic thing than the suit.  Two or three pieced, double breasted, lounge or formal, the suit had dominated men's fashions for over 300 years.  Starting out as a coat, waistcoat and breeches, it morphed over the 1700s, and emerged into the 1800s as the infant version of what we see today.  Apart from a few changes in cut and fabrications, it has remained the same ever since.

The suit as it existed 300 years ago was a clearly visible signal of status and wealth, since only men of means could afford to have such things made.  Most men had to make do with pairing unmatched pieces together, as we so commonly do today.  So in that sense the suit also operated as a block to those seeking to move up socially.  It marked the wearer as of a certain class.
Those same things are still in play, though in different ways, right now.
The business community makes the most frequent use of the suit as an object of power and control.  Since it is through fabrication, accessories and fit that hierarchy gets delineated, those at the top of the chain wear custom suits and only the most expensive of shoes, ties and such, partly because it marks them out, partly because its expected of them, and partly, simply because they can. 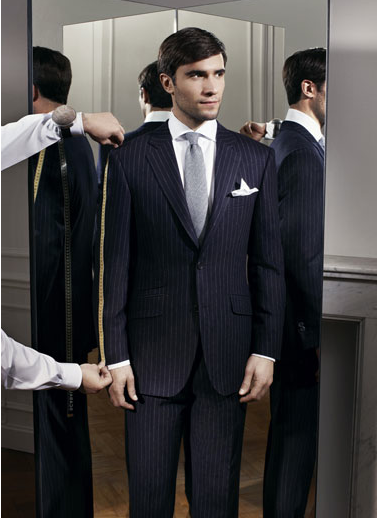 The lesser employees are both kept in line because of the expense of purchasing and adequately maintaining their work wardrobes, and given a pathway to advancement by the subtle use of better and better attire.  Learning how to play the Attire game in business is more of a help than many understand.  But just ask any woman in business how difficult it is to walk the professionalism line with regard to apparel.
Outside of the business community the suit is a loud and clear signal that this person should be taken seriously, and dealt with with respectful deference.  It also marks someone as being comfortable with the status quo and willing to go along with traditions as they stand.  And this factor in the equation is the one that makes the current attempts to blast holes in the revered suit all the more difficult.  Tradition and acquiesence are tough to break through.  So the new shapes, choices of patterned fabrics and colors are all taking pokes at the armorial nature of the suit. 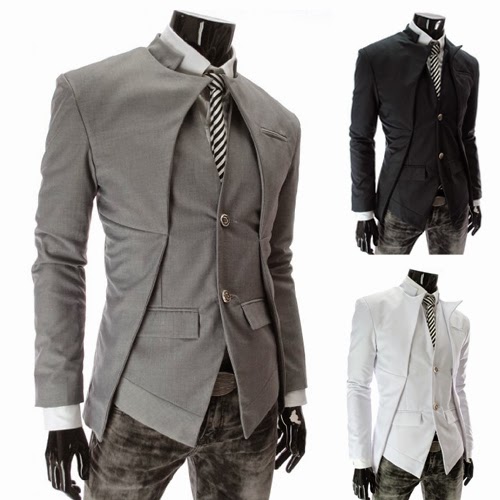 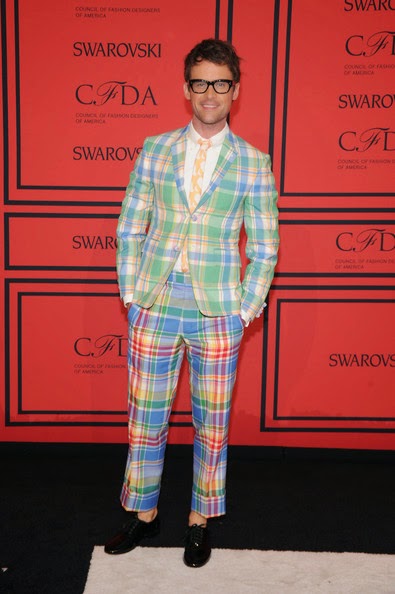 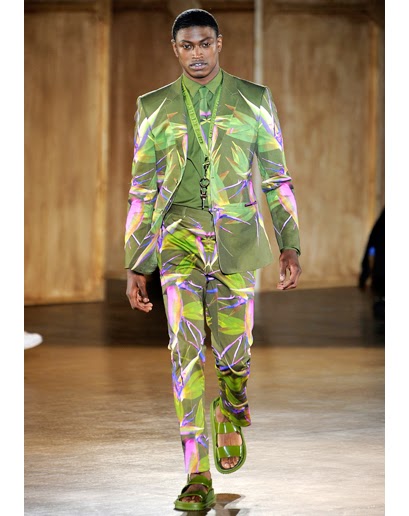 The final aspect of suiting is its operation as a method of protection.  When in a suit, the wearer is automatically kept apart from certain activities, and certain kinds of social interactions are less likely.  People are less likely to approach a man in a suit without invitation, unless everyone is so attired, then the playing field levels out, and the suit becomes an invitation to converse.
In the long run, I see the potency and relevance of the suit diminishing year by year as more businesses find it is needless, and often even counterproductive to insist on suiting for their employees.  The rise of the importance of the IT community with its nearly kneejerk resistance to suits and dressing up erodes our dependence on suiting up, daily.  Couple those things with the ever increasing casual nature of how people dress in general, and the days of the suit are coming to a close.