Well, weeks roll by fast and here we are at scatter time again.
This first image just made me smile so much.  These 3 young ladies are supposedly awaiting their prom dates. What makes this worthy of comment though, is as an image of how we wish to represent ourselves in our youth now, as opposed to the 1950s.  These young women all have very adult hairstyles, and their clothing is sweetly demure.  In fact, all three dresses are virtually interchangeable, since they are all strapless sweetheart necklined, full skirted dresses.  What shows up at proms now is short, tight and shiny to a significant degree.  The desire to express full adulthood takes precedence now, over the more carefully controlled version we see here. 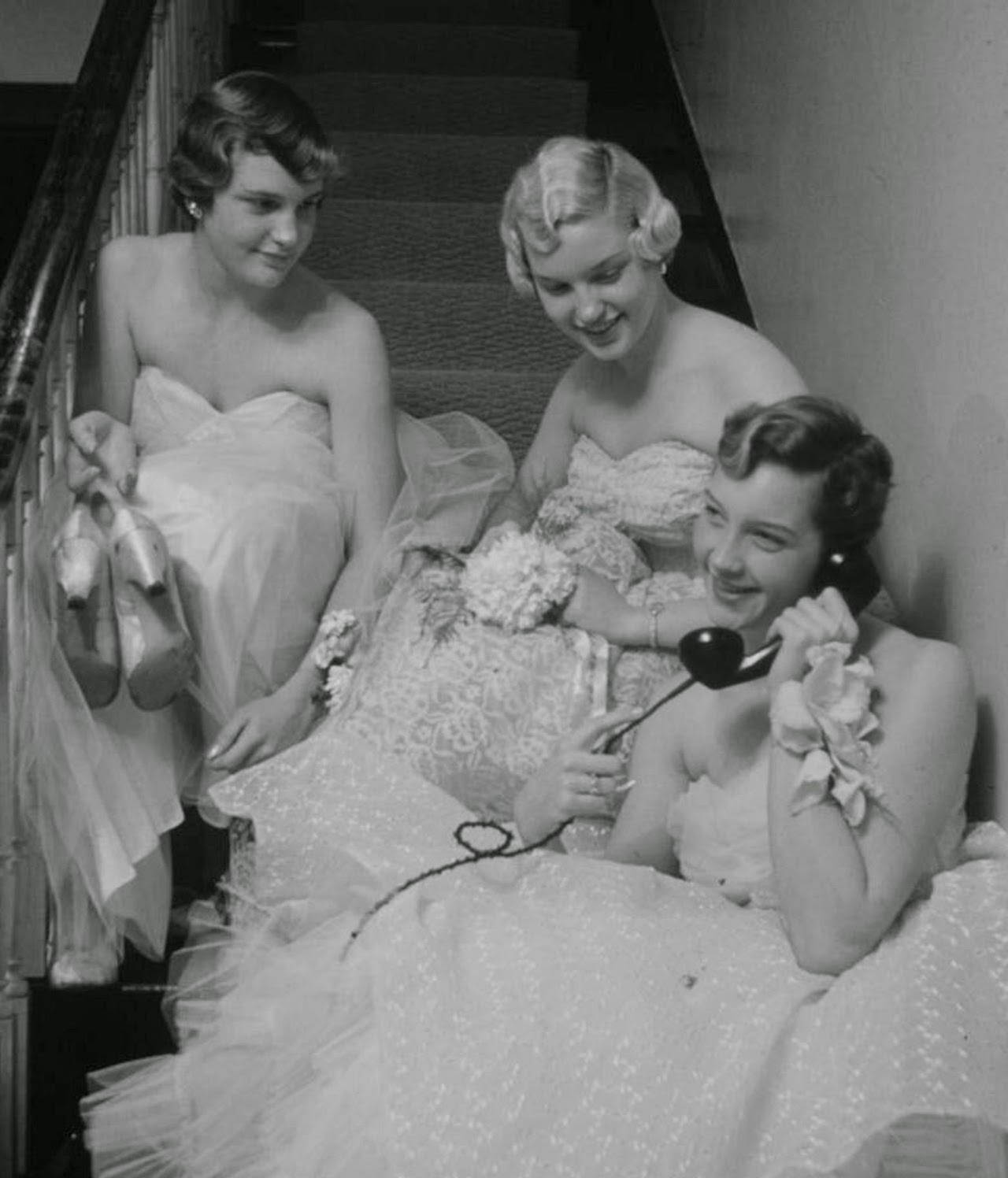 Oh, you know me, I just gotta mess with you now and then.  Hey, I have to make sure that you're paying attention. (grin)  These two images are by photographer Alvaro Villarrubia.  Both are intense images and both push buttons in extreme ways.  We are challenged about sexuality, gender and our notions of reality.  As well, the Attire sentences being expressed are far more complex that first glace might tell you. What do YOU see here? 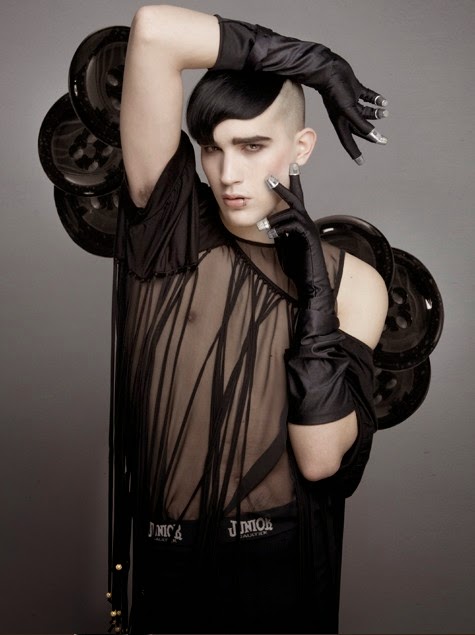 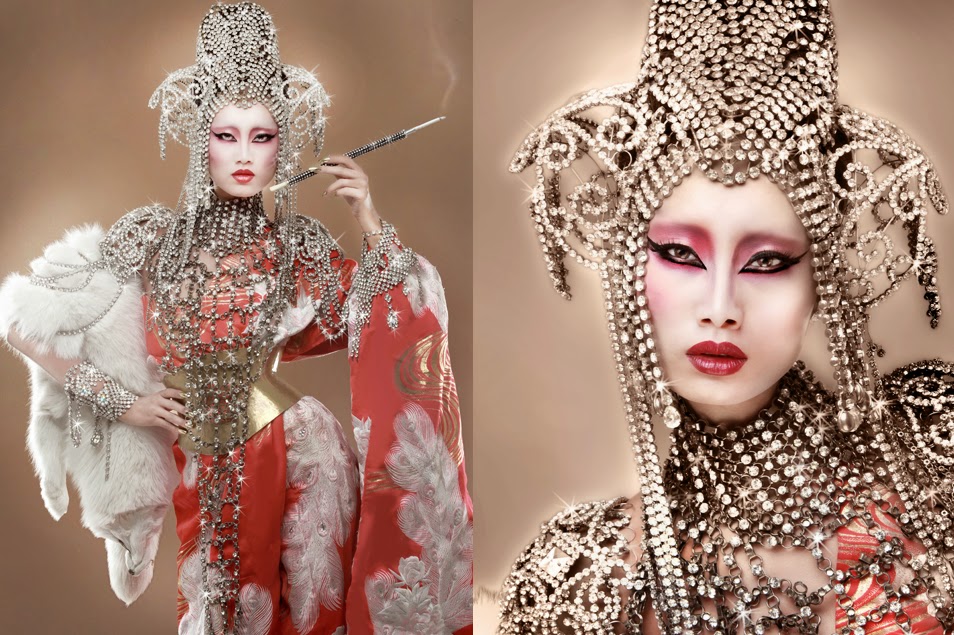 In 1923 Revillon Furriers did this gloriously green velvet evening coat, trimmed in mink.  Something about the slouchy easiness of this style implies that it must've been sexy as hell to wear.  Imagine that collar slipping off the shoulder.  Yep, sexy clothes, without being nasty.  Plus the combination of that green with the tone of the fur is perfection. 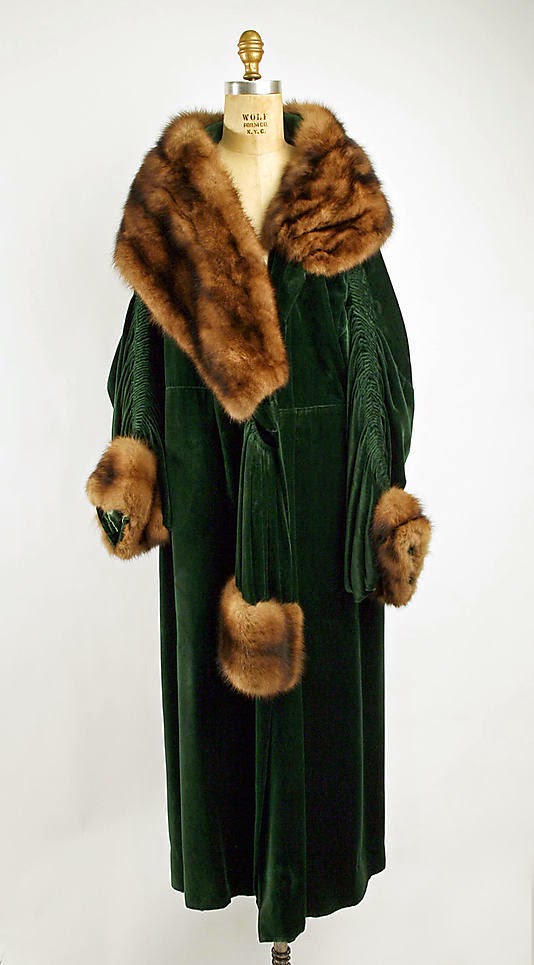 Men's hairstyles have been getting a push as much as men's clothes have of late.  This is one especially out there, but beautiful example.  Certainly this is not a statement every man could or should attempt to make, but on the right man, this is magical.  With the current trend for longer hair, this could become a thing.  I wonder. 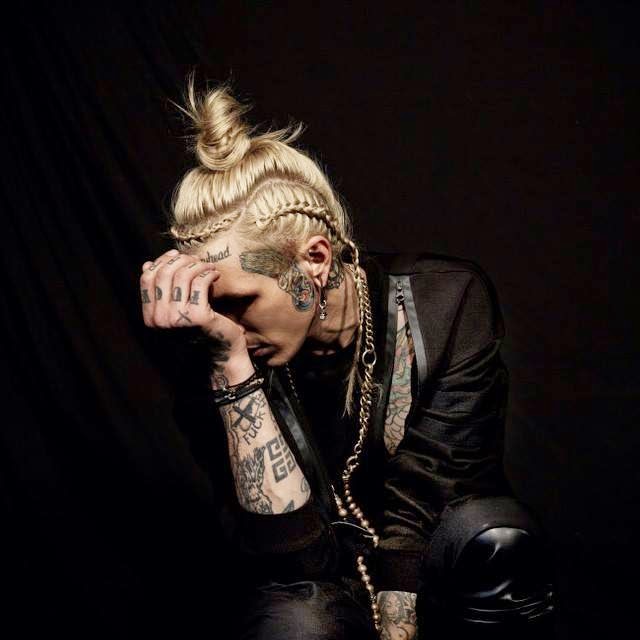 Model Roxanne Sanderson, photographed by Tiago Molinos for Spur.  I love this coat.  Sure you must be wee to not look like a yeti in it, but for the right person, this is a poetic statement. now those side pleated pants are something that could translate well for many a person, female and male.  I would love to see them become a more regular part of the Attire language. 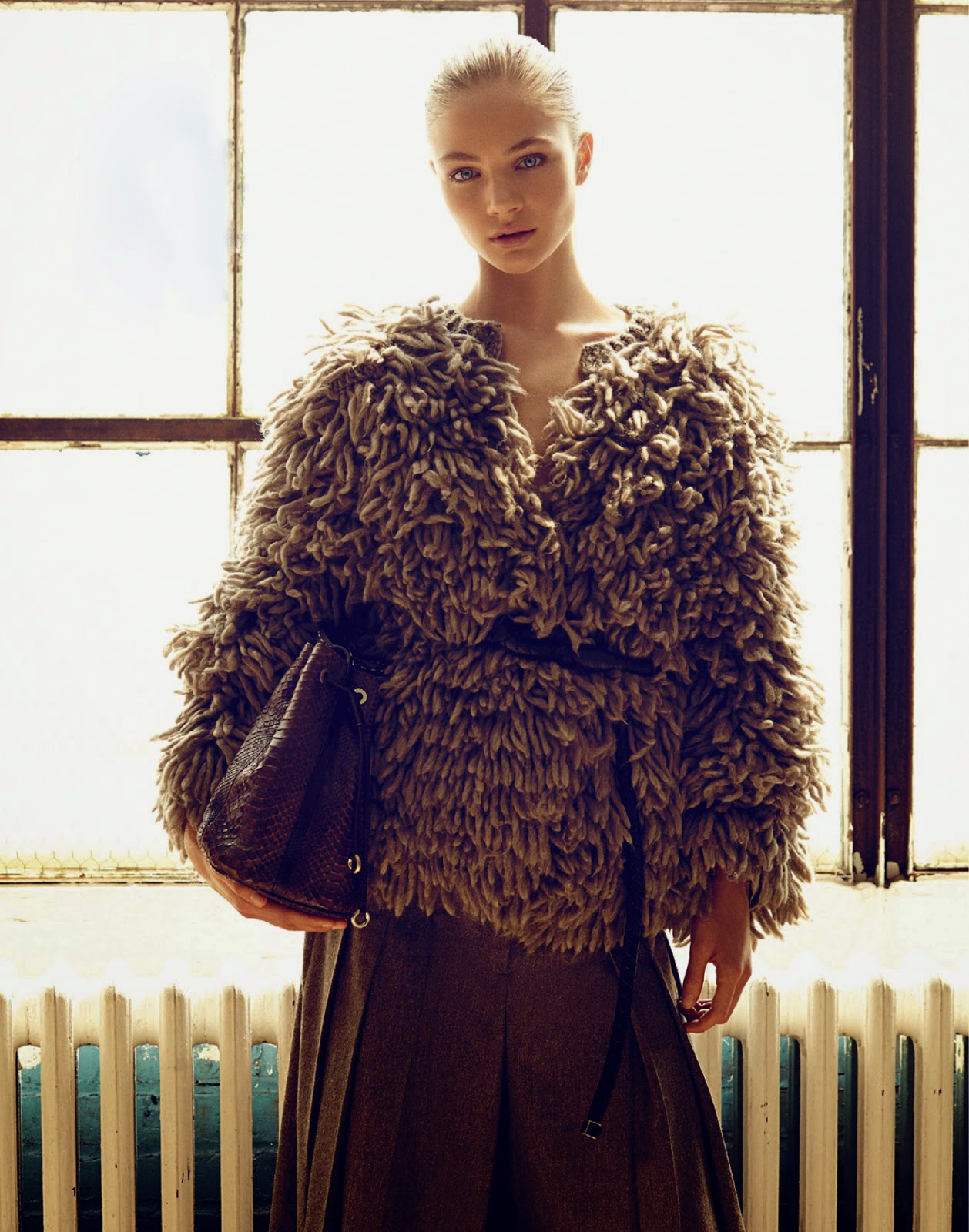 This Kenzo coat is delicious.  And its fake fur, if you wanna know. Fakes are getting REALLY good these days.  I love the take on a typical denim jacket shape.  Not much more here about this. I just like it a lot. 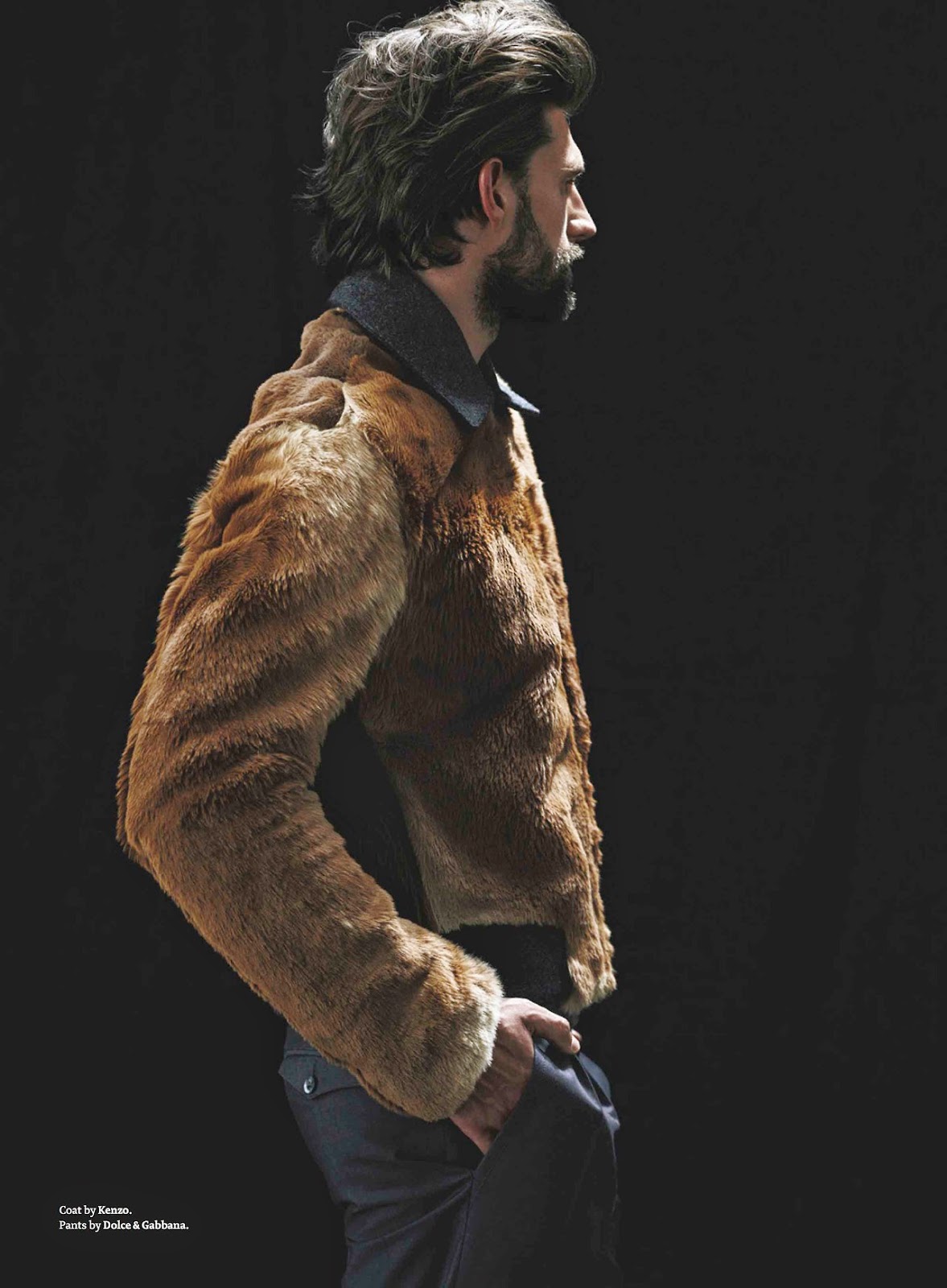 This dress caught my eye and made me sigh.  Its so rare these days that this sense of artfulness comes into play.  Though the textile isn't hand painted, it reads that way due to the expert positioning of the pattern . It is very nearly lyrical in its expression.  I could see this just as well being worn over pants or a long narrow skirt as see it as is.  Loveliness. 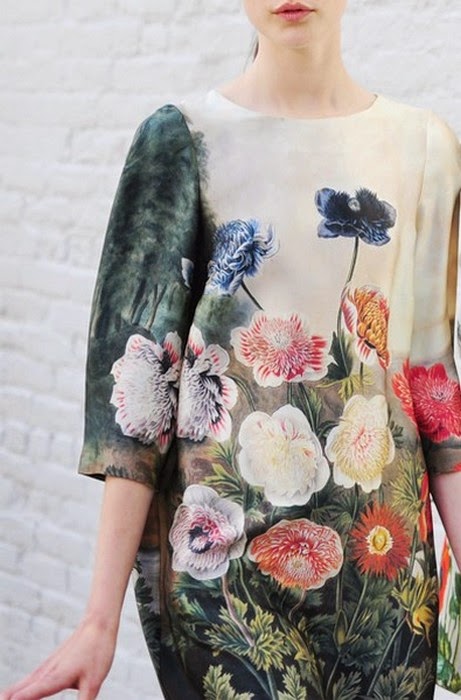 As a final entry, something truly wonderful.  This medallion was made by Wedgewood and Sons in 1787, and designed for them by Willam Hackwood.  The medallion was made to be worn by supporters of the anti-slavery cause. Abolitionists of both sexes wore them.  Wedgewood himself is credited with the motto, "Am I not a man, and a brother?" that is on the medallion.  It was never sold outright, nor listed in their catologs.  Its understood that Wedgewood bore the entirety of the cost of them personally. 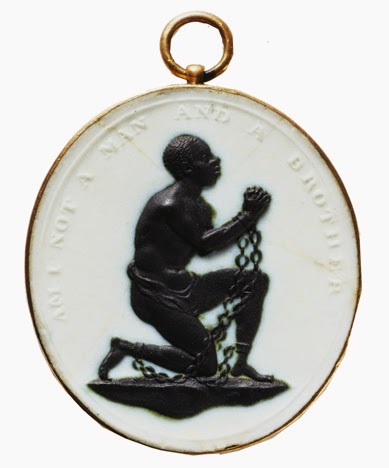 So, there's your Scatter for this week. I hope you enjoyed it!