In part one, yesterday,  I talked about how our set of preferences for the way we present ourselves gets formed over time, and some of the factors that affect that formation.  This post deals with the possibility of using the history of our sartorial choices to gain a clearer picture of our personal history, and our future.
For the purposes of this post I will use myself as the example, since I know more about my own choices in this regard than I do anyone else's.
In my early childhood I was every bit as constrained by the wishes of my parents, in particular Mom, since she was the one doing the clothes shopping, as most other small children.  Being born in the later 50s, the options for boys were much more limited than now, and to be honest, if my adult choices were the direct result of those clothes, I would be a very conservative dresser now.  So, in terms of this personal time line of clothing, the early years really reflect only a lack of choices, since what I had to wear was not decided by me at all.
By the time I was in my early teens, Mom and Dad gave me a greater freedom to choose, and I was able, now and again, to shop for things on my own, with their final approval as the veto vote. So, as I said in my post yesterday, I expressed myself with clothes that were more determined in their style and color.  I can recall one outfit I got during the vogue for plaid baggies, (if you don't know about them they were pants with very full legs with cuffs).  I bought a pair of purple and brown plaid baggies, with parental approval, and wore them with my favorite lavender shirt, and my highest brown platform shoes.  (Geez, if my parents hadn't figured me out by then, and yeah, they had)  And then there was the infamous, at least in my mind, graduation suit.  As a present to me for my High School graduation my parents took me to a very well respected menswear store and allowed me to select my very first three piece suit.  Mind you, I was 17, so the results were less than stunning. After looking around a while I settled on a mint green embossed polyester suit with dark green top stitching.  The lapels nearly reached my shoulders, which, on a young man of my stature, I'm 5'4" was pretty absurd looking, and the trousers were fiercely bell bottomed.  I think I wore the whole thing twice.
The point is that this was all part of experimenting and feeling my own freedoms.  Once I was out in the workforce, which I was from age 20, and both paying for my own clothes and socializing in an adult setting, my choices continued to shift.  Things were still stylish but budget concerns got me interested in thrift store shopping, and so I adopted a decidedly retro look for a while. 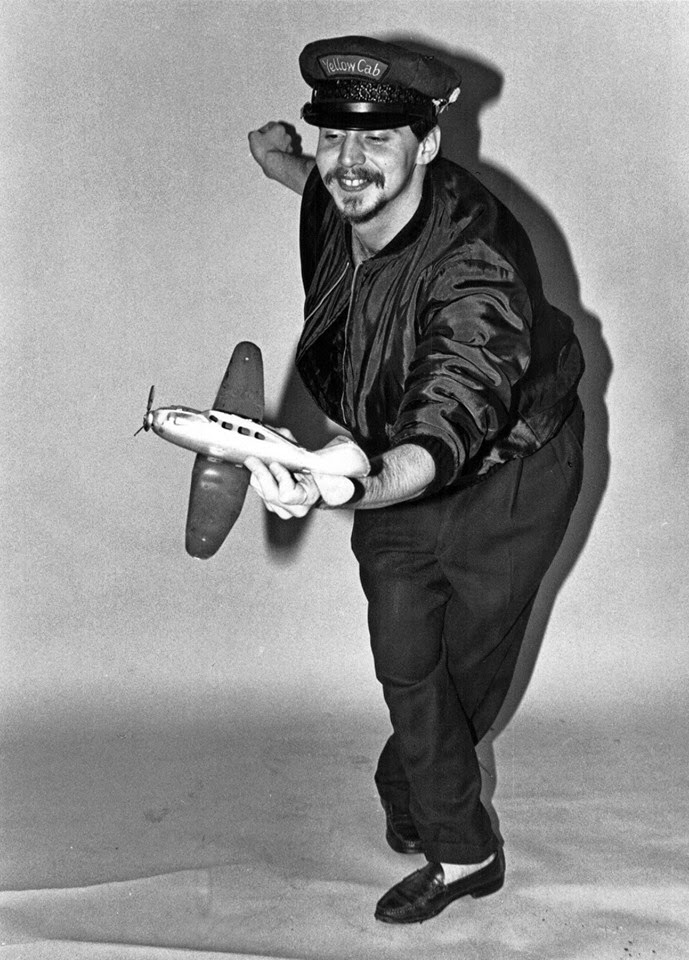 There was another kind of expression that happened at the same time.  It was the late 70s and I was a frankly out of the closet gay man at a time and in a place where that was still not a safe thing.  I expressed my freedom to be me in extremely tight pants, and shirts cut down to there. My overtness about my physical self was both a celebration, and an unknown to me, challenge to others to accept me as I was. 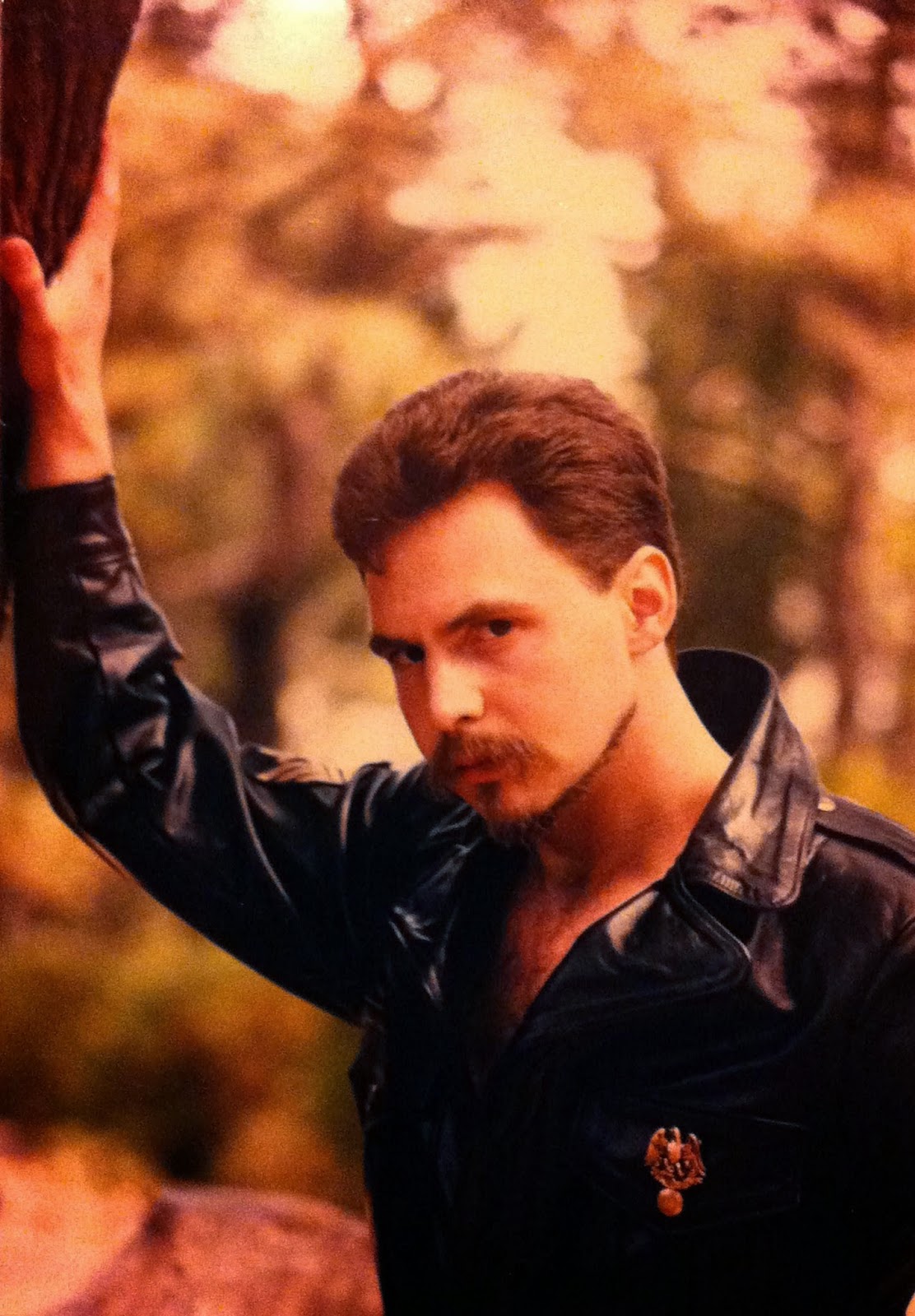 Moving first to Santa Barbara in 1982, and then to San Francisco in 1984, things changed even more.  My jobs in San Francisco have been ones where I could dress casually, and so my sense of my apparel self, dovetailed nicely with the milieu in which I worked, and still work today. So, while toying with this style and that as time went on, my personal vocabulary of clothes changed little, until one important event.
My partner at the time, David, gave me a Christmas/Birthday gift of a black Utilikilt.  At first I wasn't sure what to make of it, but I tried it out and was delighted with how well it suited me, and the variety and number of compliments I got. One kilt became two, then 4, then more. I began making some of my own, as kilt wearing began to take over completely.  Eventually it happened that I wore kilts every single day, and that went on for  a decade. 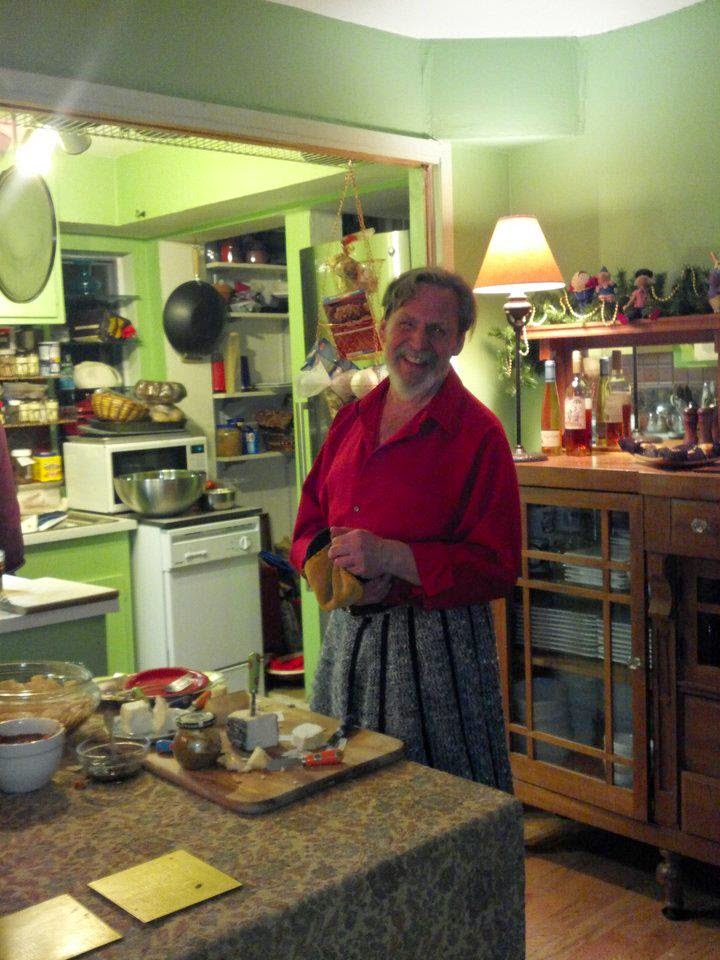 Just this year however, I changed that.  Where I found that kilt wearing had been freeing and appealingly unusual for a long time, it began to feel constricting, as though the expectation was that I would always be kilted.  I began to balk at that notion.  The other factor was this blog. I began to see that, if I am to champion this Attire Language idea I darned well better use the language myself as fully as I may, so, pants have returned to the clothing conversation. 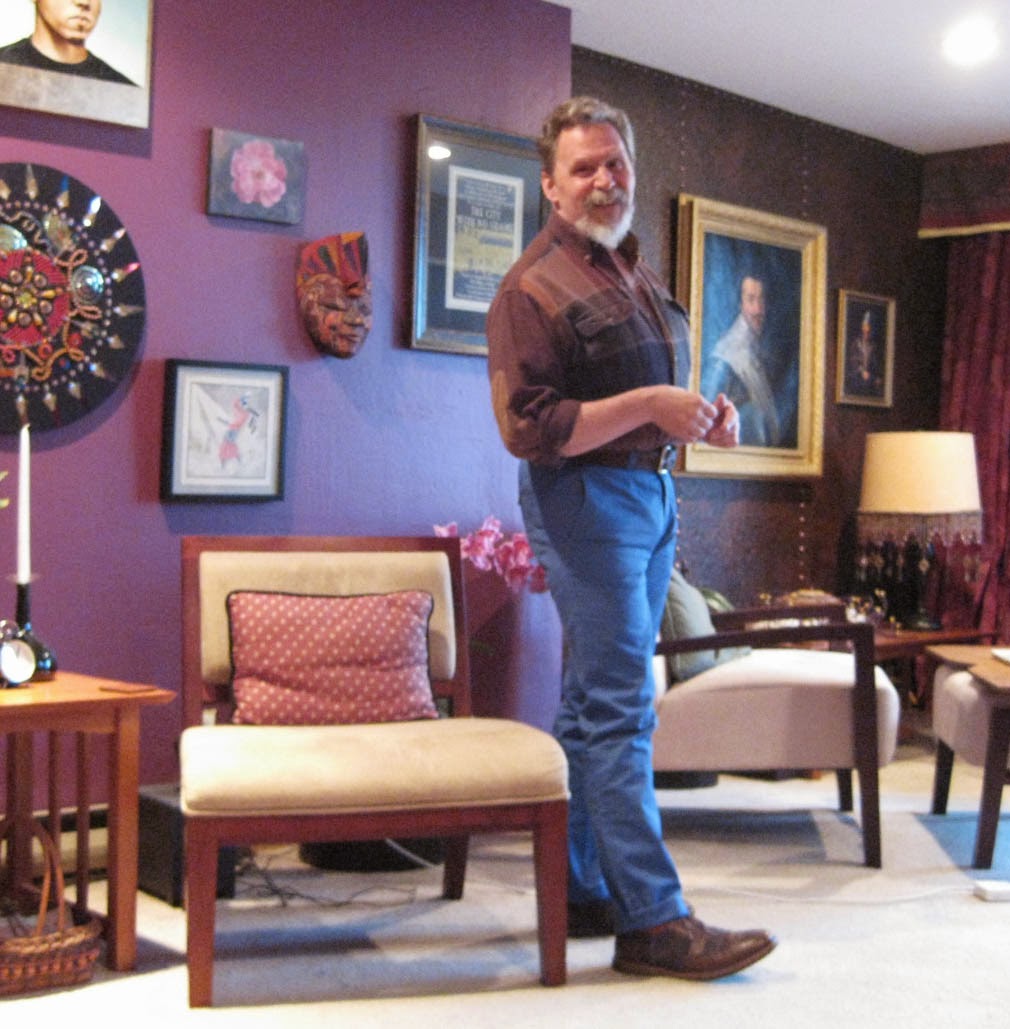 All in all its been a fascinating process looking back at the choices I've made with my clothing, and how that both drove and was driven by, changes with myself.   So give it a go yourself. Take a good look at where you were and  and how you got where you are today.  Its a set of revelations worth having.