The 19th century is truly unparalleled for the sheer amount of textiles, decoration and variability of silhouette that occurred.  No other time period showed such radical and amazing breadth of distance between ways we visioned women.  The 20th, and surely so far the 21st, have nothing on it, truly. 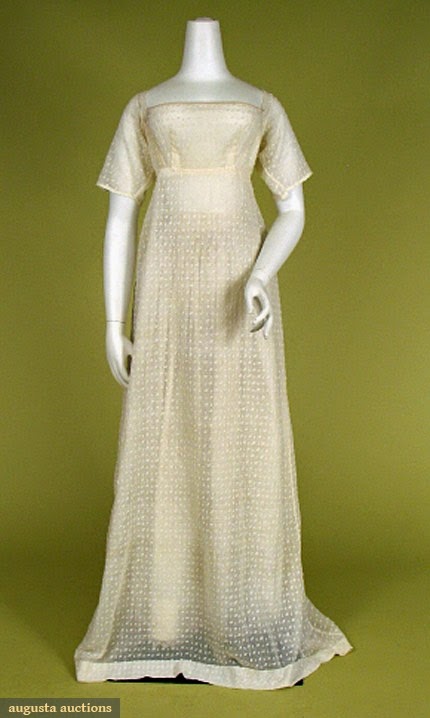 We went from 1800 where women comparisoned themselves in un-ornamented columnar gauze gowns with nothing under them, and only slippers and a paisley shawl, to the vast, varied, and infinitely fussy looks that typified the later Victorian era, loaded to bear with lace, ruffles, ruching, pleats, boas, bags, hats, fans, and gloves. 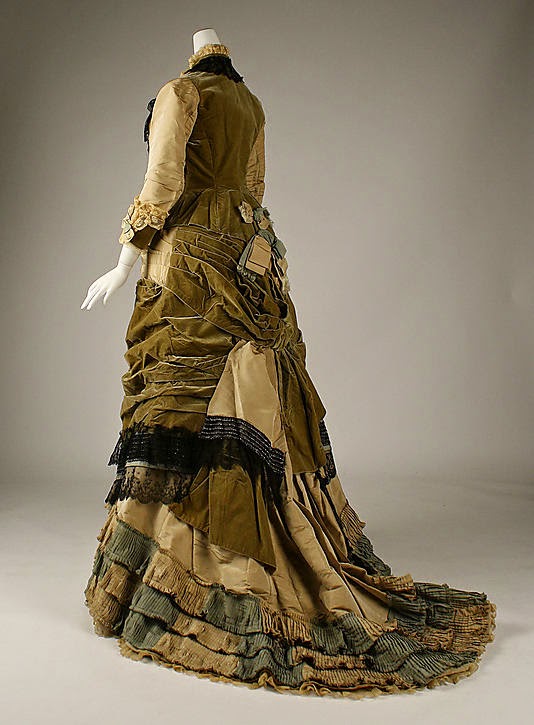 This massive range of expression about how we envisioned women speaks very loudly.  The first versions were meant to imply a classical innocence and vulnerability to women, keeping them in place by making them seem too fragile to venture out; even though the true genesis of this look had been the growth of the Republican ideal in France especially, and its notions of human equality.  As the century continued, and men moved into industry more and more, women became more for these men, objects, that could display their wealth and status through the sheer volume and variety of their apparel.  Women largely cleaved to this notion, since so little else was afforded them, and trumpeted their position in society through their extravagant and incredibly complex manner of dress.
We saw the silhouette go in and out like a squeeze box.  The waistline started out the century just under the breast, and ended at its natural position, but fiercely compressed within a corset designed to create that ideal hourglass shape.
Where women started the 19th century with relative freedom of movement because of the lack of hampering layers, and a reasonable skirt length, by the mid 20s it was all about piling on more, more and still more. 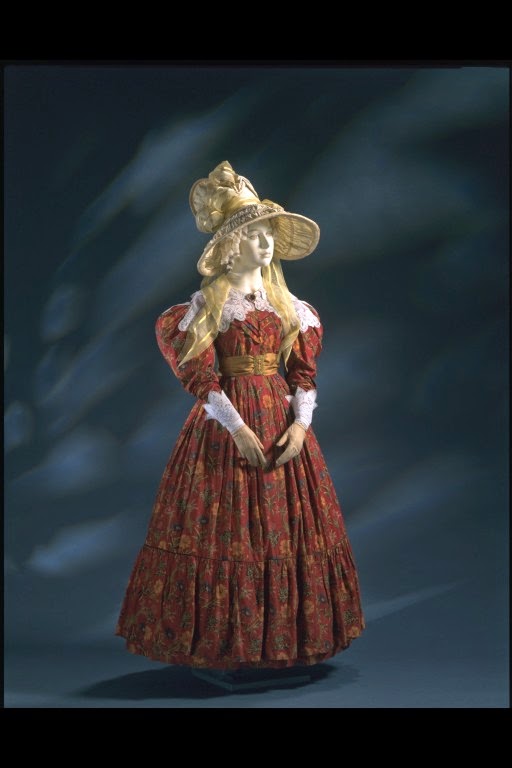 And when the sewing machine entered the world, the possibilities expanded still further, pushing both ladies of fashion, and their dressmakers, to ever higher levels of decorative detail and structural complexity in order to make sure their status was understood clearly.
Its no wonder at all that when the 20th century dawned, and designers like Poiret were championing looser, simpler clothes, that women of every age and status cheered the new mode.
Here for your perusal are a bevy of fantastical frocks that explain far better than I ever could the heights, breadths, and lengths to which human inventiveness, and the desire to one up the rest of the crowd, could drive us. 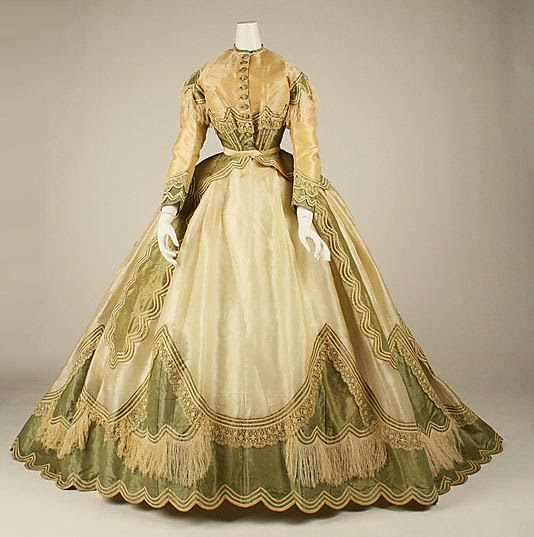 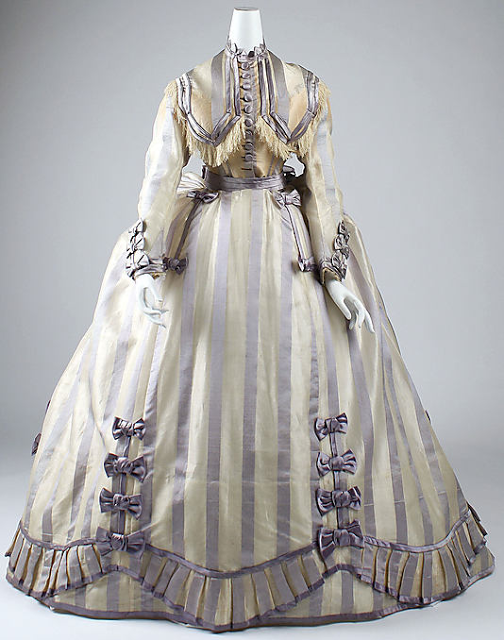 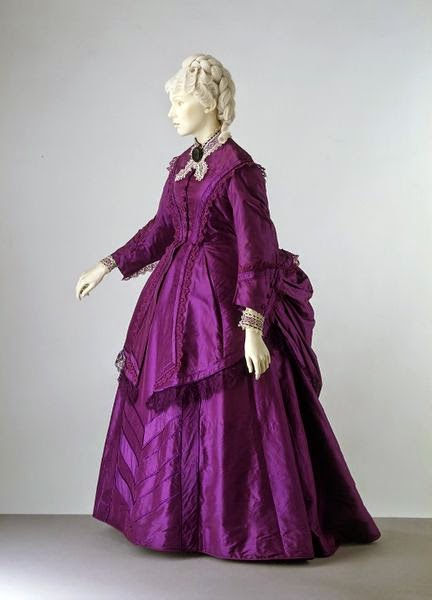 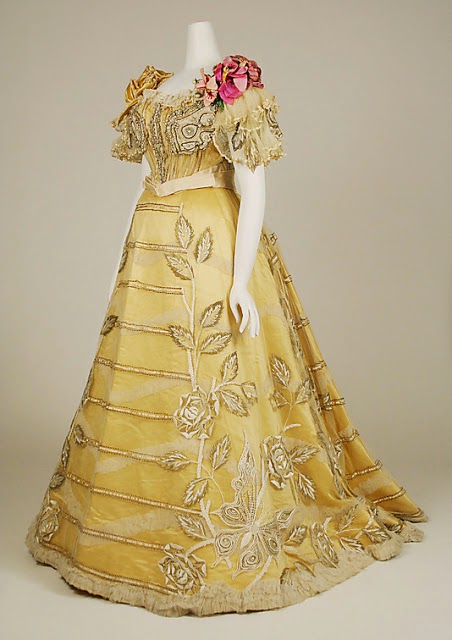 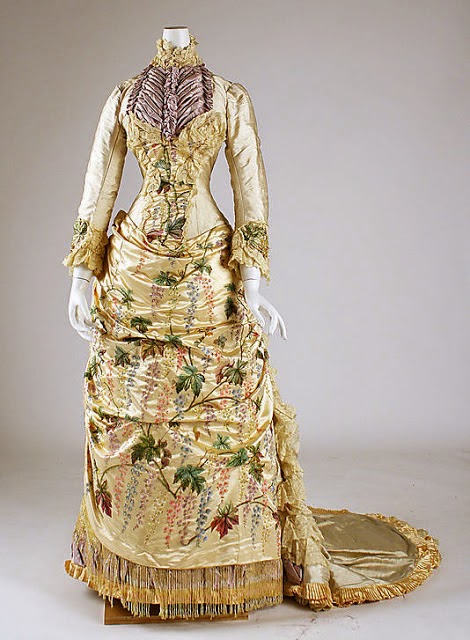 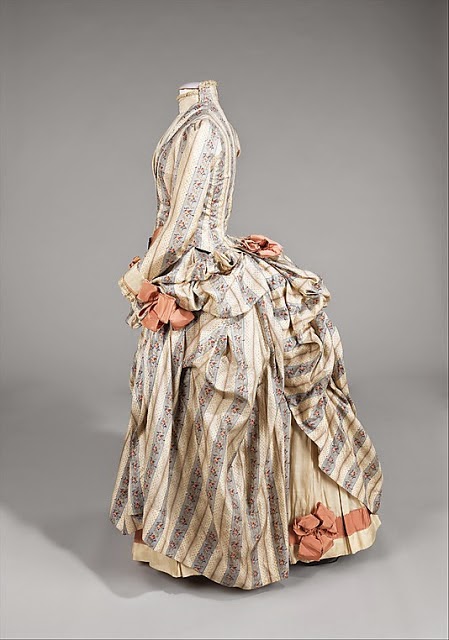 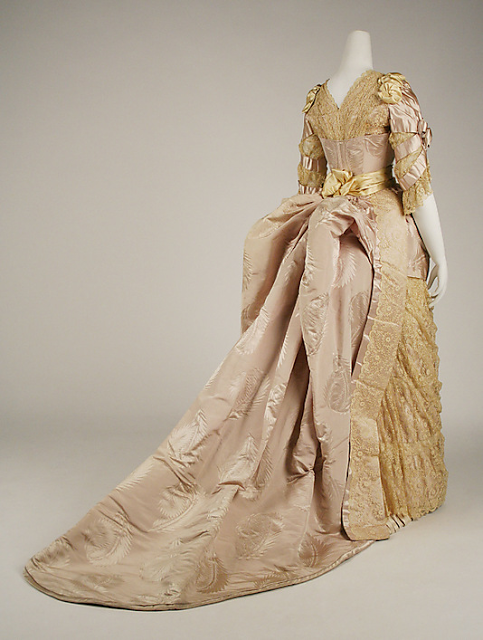 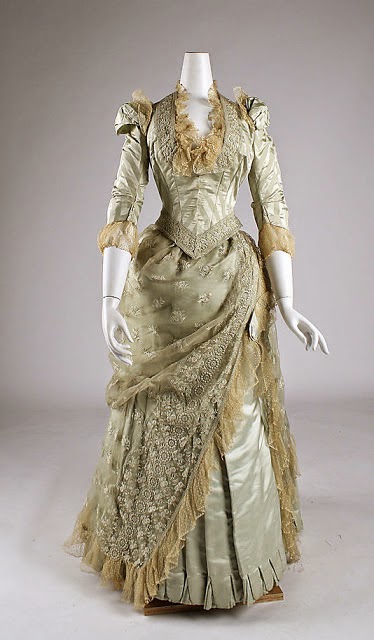 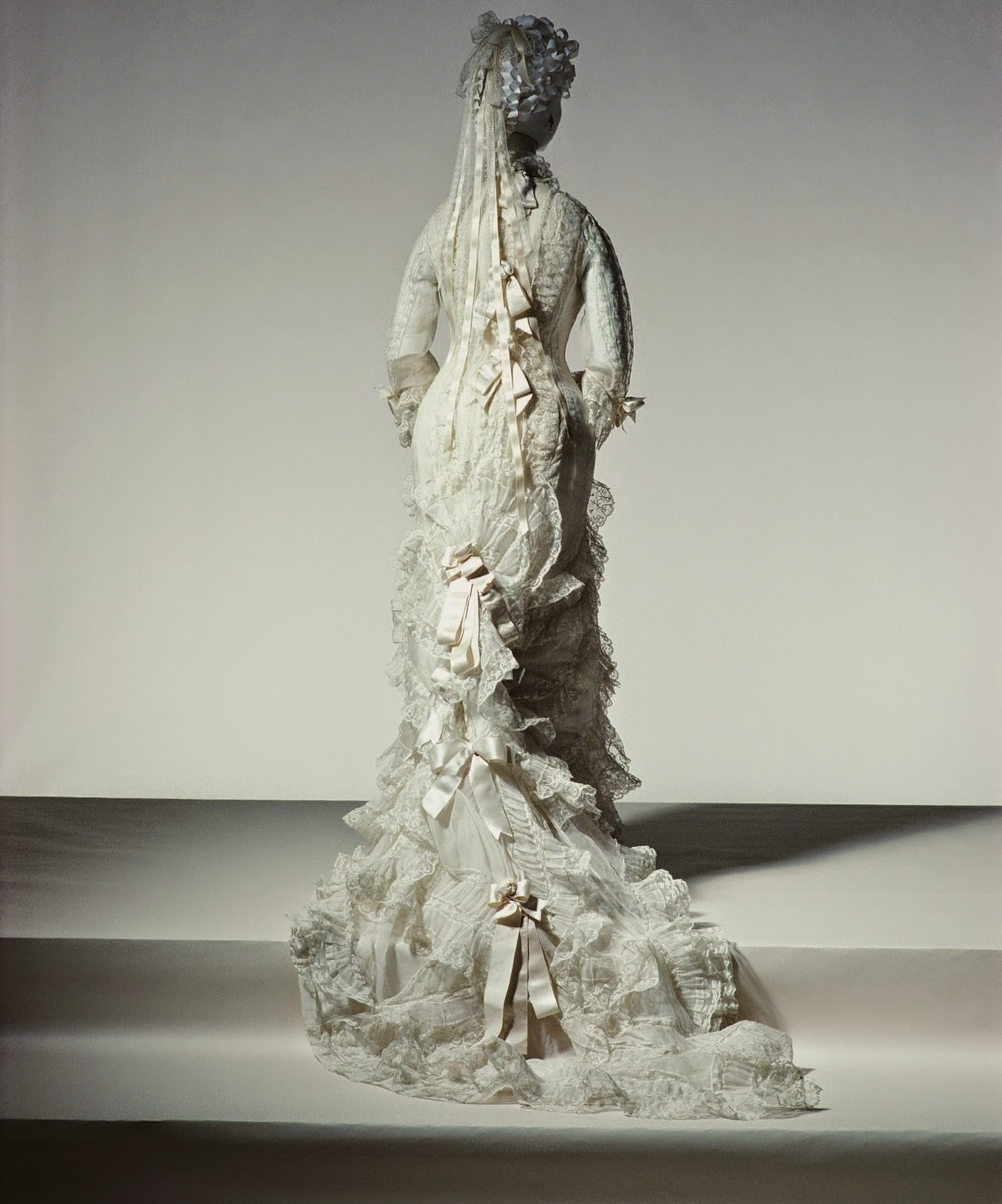 And when writers talk about how long it took to get dressed, they aren't exaggerating one bit.  A single dress could have dozens of hooks and eyes, rows of button so tiny they required a buttonhook, ribbons to tie, and snaps to close.  It really must have been an exhausting business for all involved.
Posted by Paul G. Ellis at 3:14 AM