Yesterday my first facebook post touched on something I thought worth expanding on.
There a many subsets to the totality of the Attire language, and there is significant overlap as well, one article being part of more than one sub-section, like a wedding dress is at once a dress, but also, formal wear,  and ritual wear.   But just now, I want to discuss footwear as a subset of the the sartorial tongue. 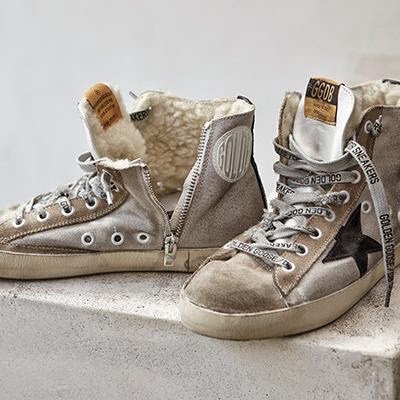 There has always been a desire to enhance upon the basic idea of a covering for the feet. As long as we have worn things on our tootsies, we've done so.  But never with the verve, the variety, and sometimes the complete abandonment of sense, of our current time. 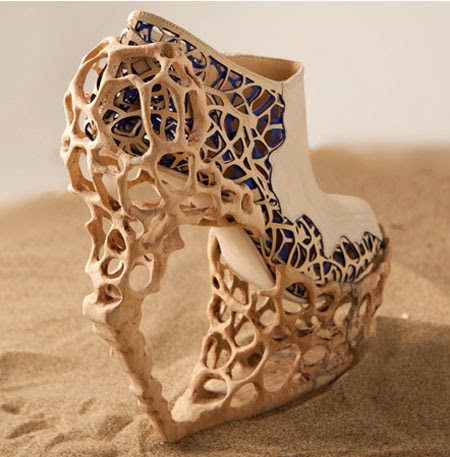 Some months back, I had occasion to be in a Nordstrom Rack with a woman friend who was looking, in vain, so it happens, for suitable work shoes.  As she was perusing the floor I found myself awestruck and not a little horrified by the sheer bulk of options on display.  Here was a very large store space, filled with row upon row of different shoes, sandals, boots and such.  And it struck me that every last one of them comprised a new, slight alteration on the base term, footwear.
Now I have written and spoken before about the mind boggling bulk of the Attire language, when taken as a whole construct, but among all the subsets of the language, shoes for women seem to be one of the single fastest growing parts.
The presence or absence of heels, their height, width, type, and materials is only one aspect of how this magnifies and expands.  When you start to think about it, it becomes nearly dizzying.  But what I've found most intriguing here in this continually growing section of the apparel language, is the lengths that we are going to, simply to say something new. 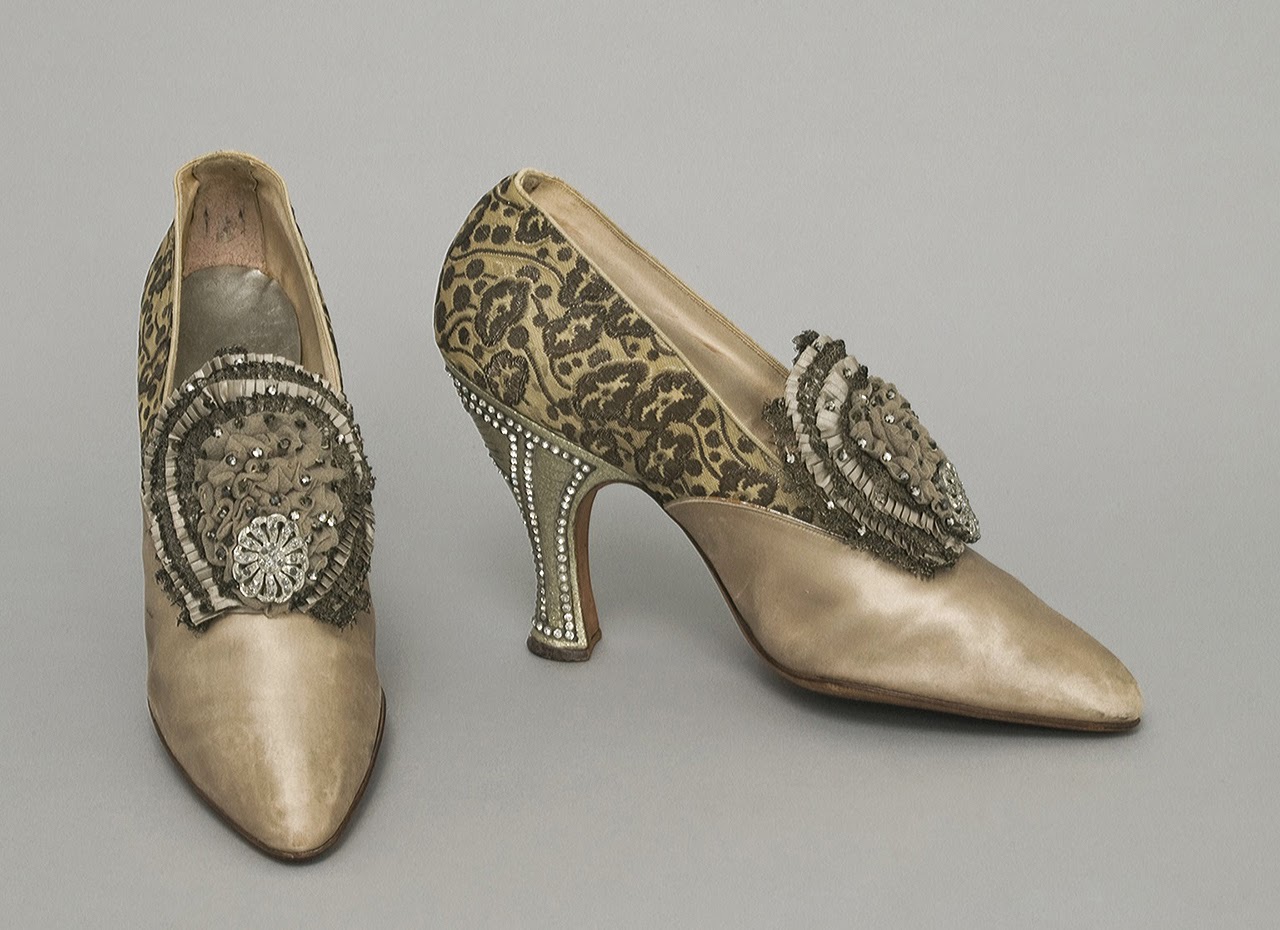 I would have to place the beginnings of this somewhere in the early 20th century, when skirt heights lifted to the ankle, never to descend to the floor again , except as a novelty.  For daily wear, suddenly women's feet were fully visible, so the need for shoes that could contribute to the overall appearance grew.  Add to that the constant increase in garment production, fueled by a seemingly endless desire for novelty, and footwear soon became the accessory of choice for a huge number of women. 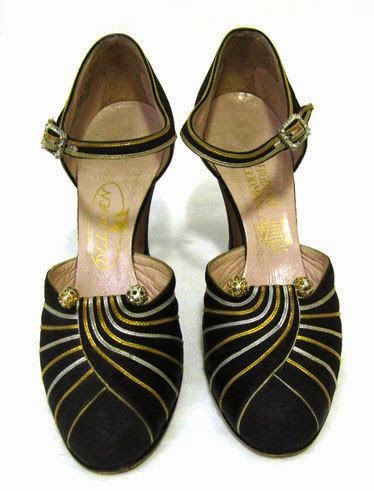 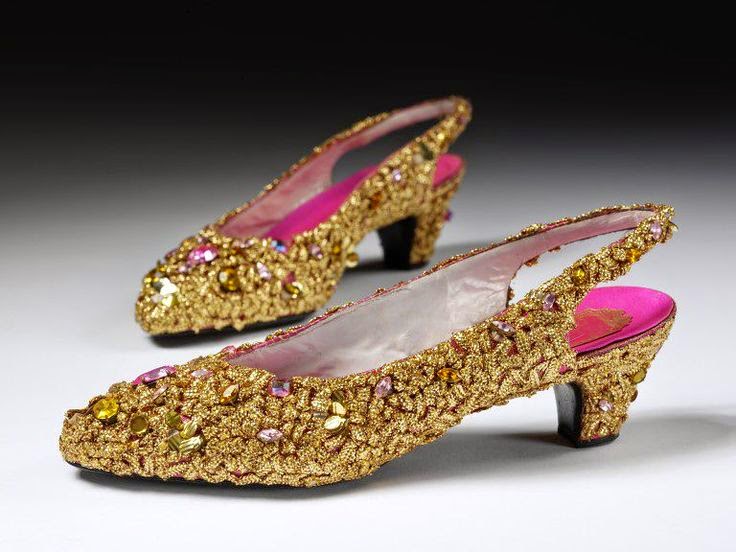 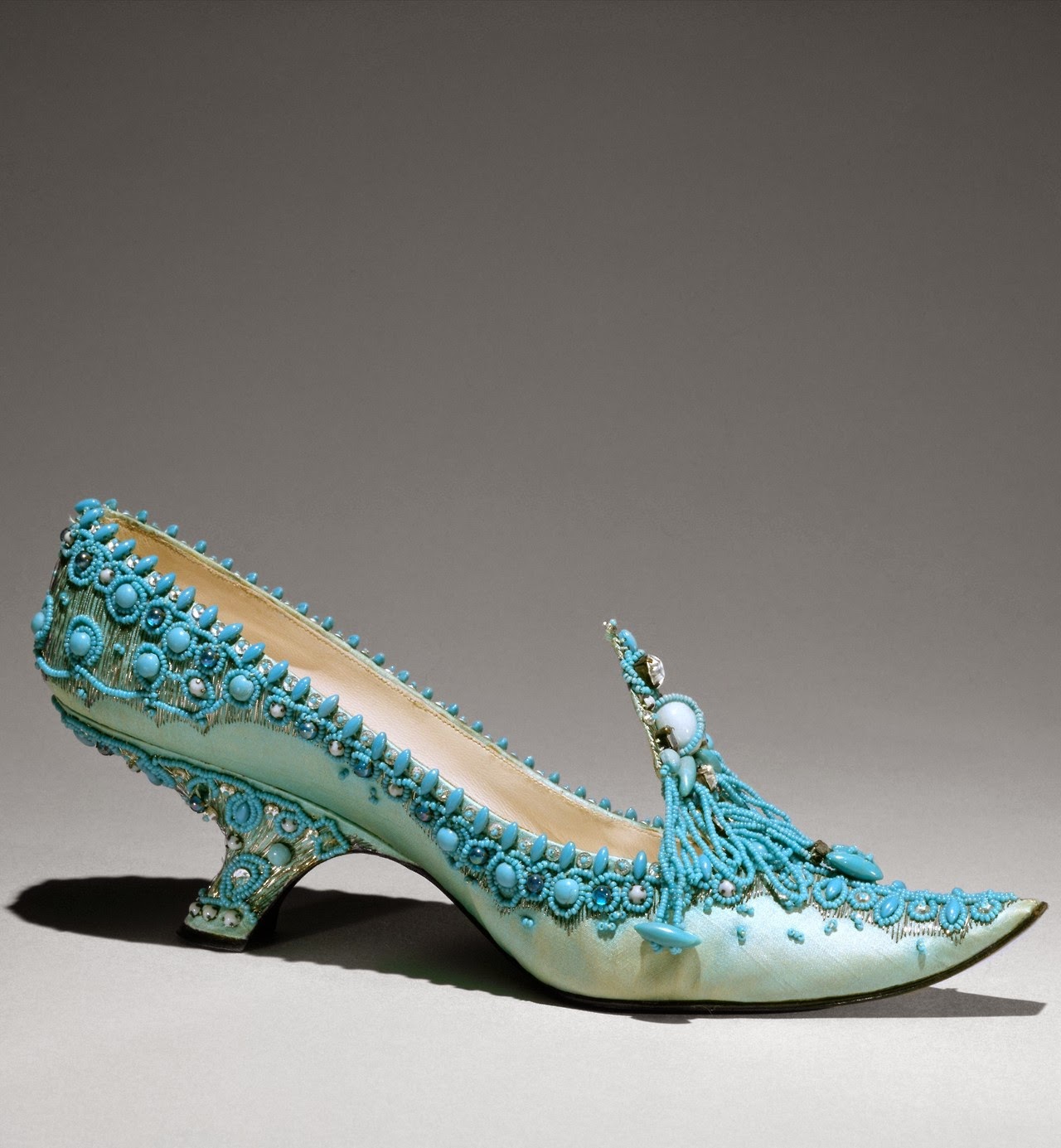 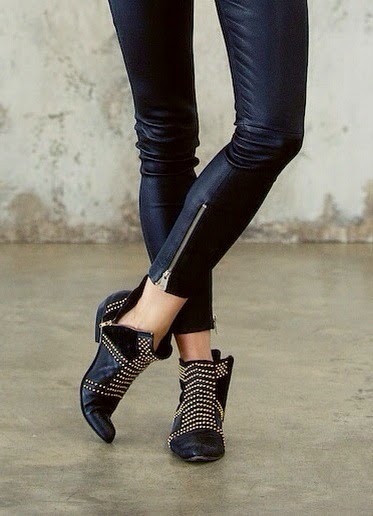 Men, of course, have been trailing woefully behind, with the options still far more limited, the colors, finishes and details still largely hamstrung by conservativism. But that is starting to change as men are showing more desire to speak the Attire language with more facility and breadth. 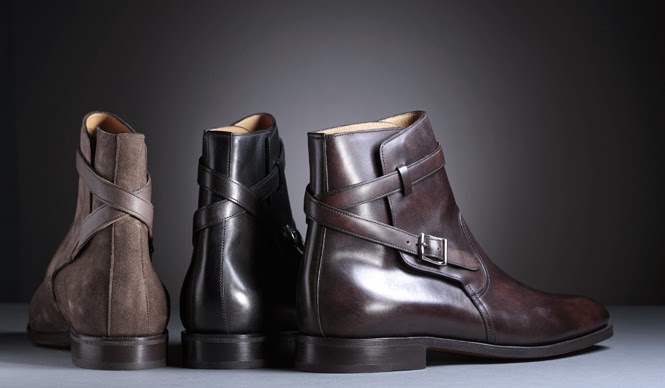 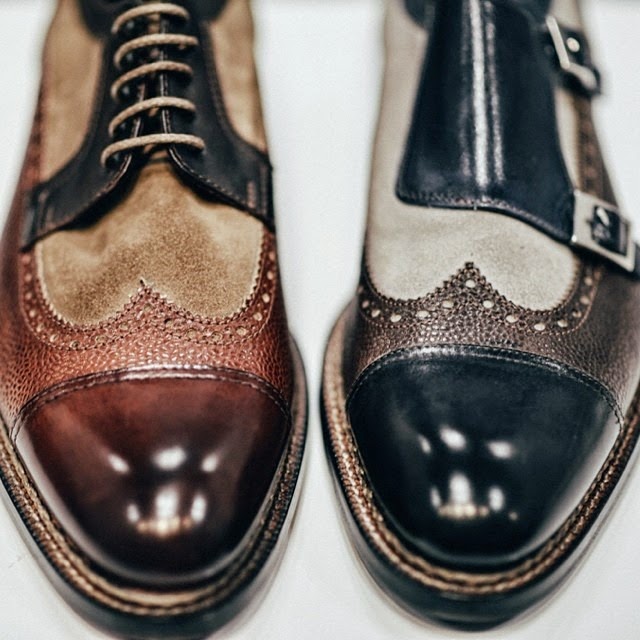 It will be interesting to see where this path we're treading will lead us.
Posted by Paul G. Ellis at 4:10 AM