There are few garments, or sets of them in the male section of the Attire language, that carry such instant recognition, or sexual potency, as the traje de luces, the suit of lights, so named for its dazzle and splendor. 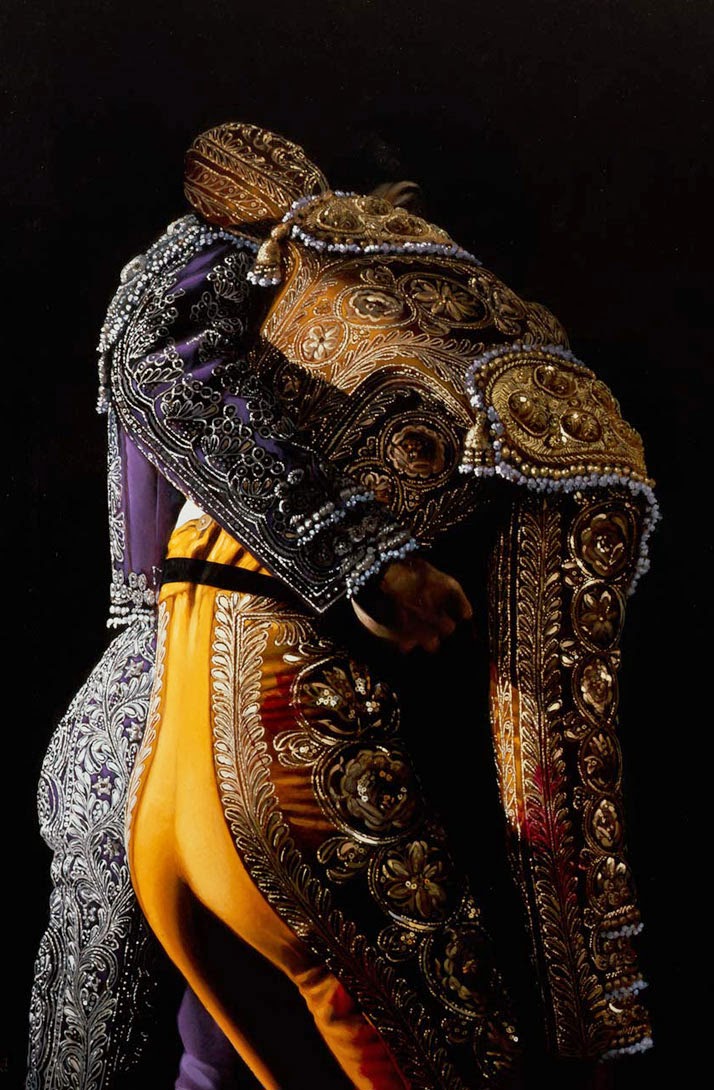 The Spanish tradition of bull fighting is falling out of favor as we gain understanding, at last, of the cruelty of such displays.  But that said, the sheer astonishment of the traje de luces cannot be denied, even in the face of that cruelty.  Looked at as a separate thing, as manifestation of the human creative impulse, and a desire to express something profound about the male of the species, the traje de luces, is nearly unique in its ability to elevate the male to some rarified pinnacle that typically we only permit women to surmount. 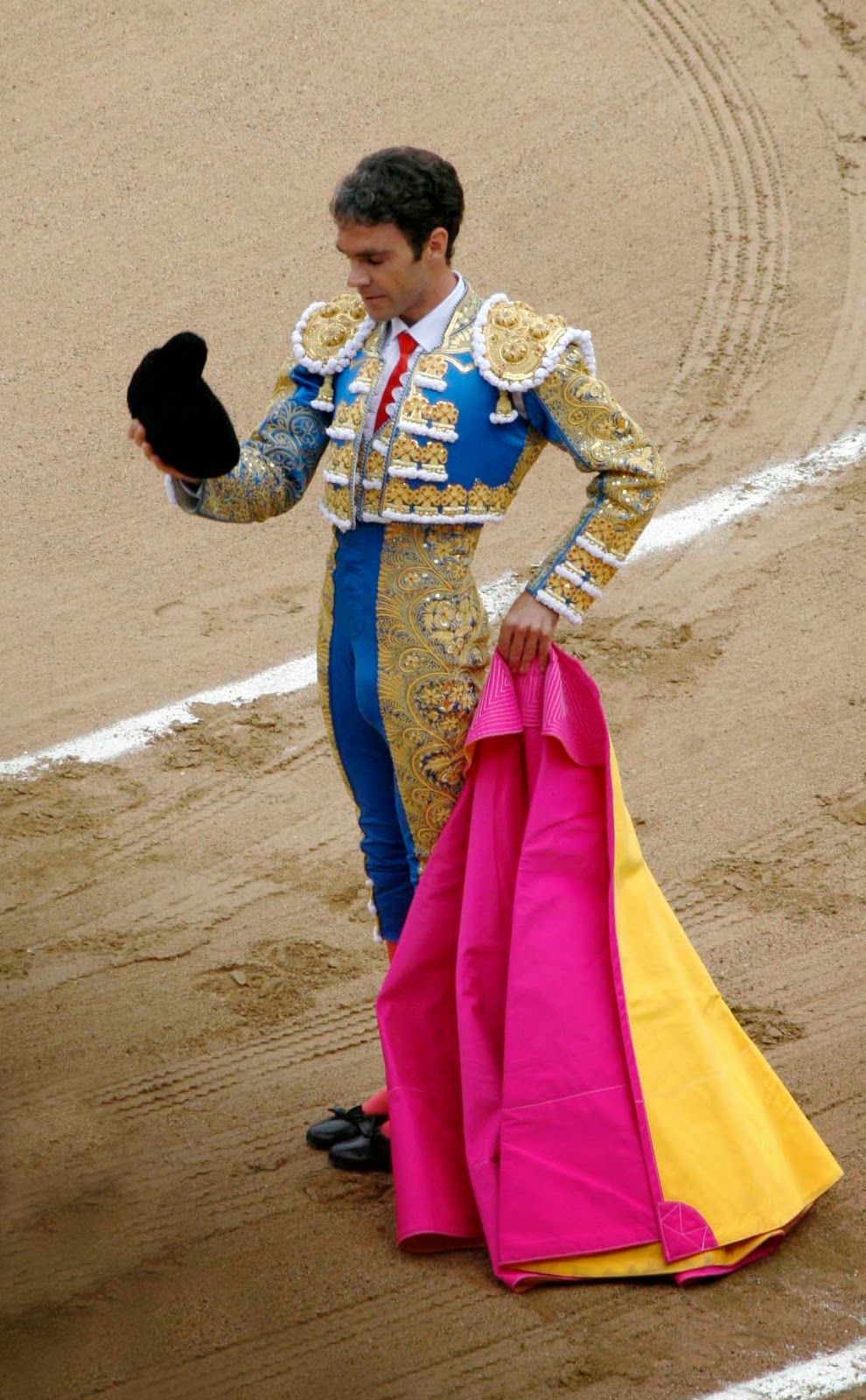 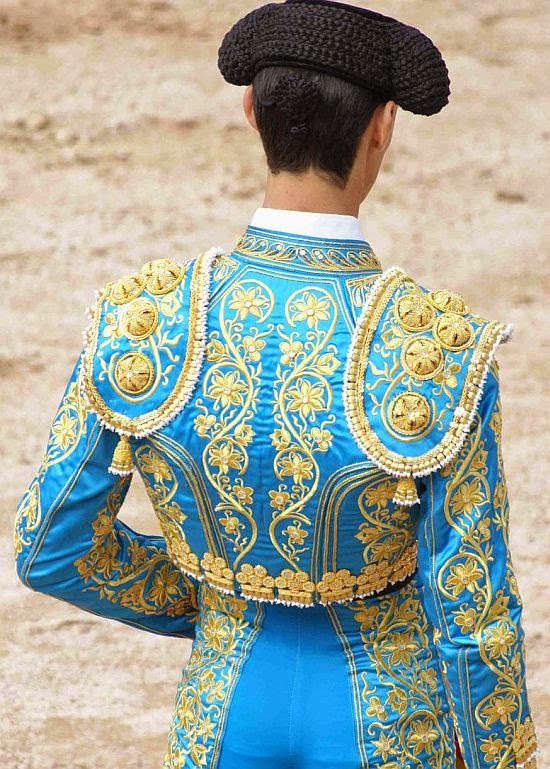 Men are rarely permitted, outside of the military,  to seem apart from us, godlike and serene, above the normative of humanity.  Te traje de luces is a set of garments that is designed to do exactly that. It divorces that man from normal human behaviors and places him somewhere else.  We may indeed decry where he ends up, abusing and killing an innocent animal for sport only, but in this place and time I am speaking only of the astonishing, glittering, and altogether magnificent image that gets created.
The people who build these suits spend hundreds of hours in patient hand labor cutting, sewing, and above all, decorating with embroidery and other embellishments, these amazing creations. The end result is a suit of clothing that expresses the essence of our notions of the male in real form. Lean, strong, simple seeming, and yet possessed of a vast complexity of structure and adornment. It is the peacock ideal made manifest. 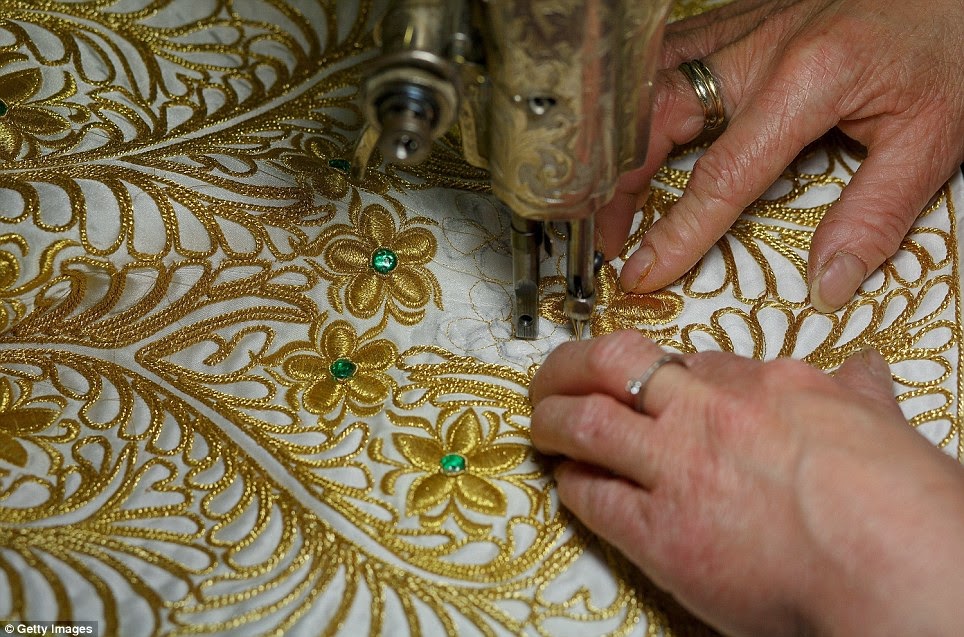 Its time is coming to and end, I know.  And honestly I am not sad that such activities are falling behind us.  I am however sad, that this incredible example of the tailor's art, and this singular paean to the male will die away with the loss of the bull fighter. 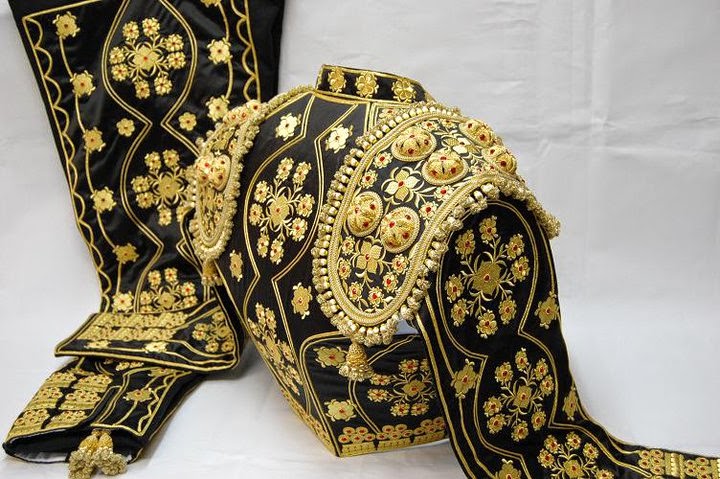 Feast your eyes, if you will, on some of the most remarkable workmanship ever brought to bear on human apparel. 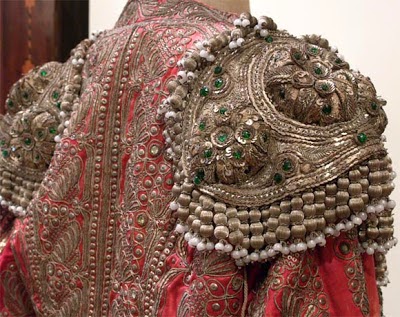 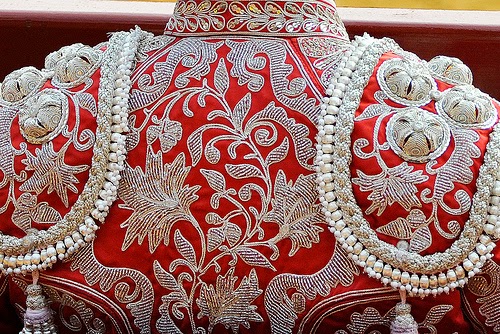 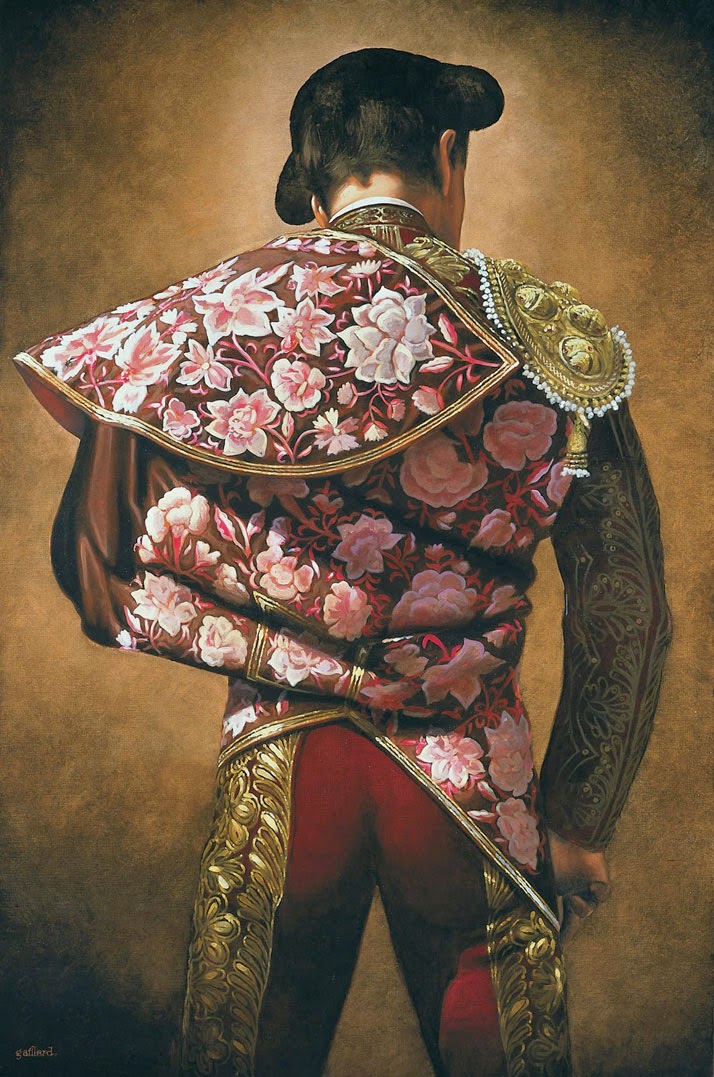 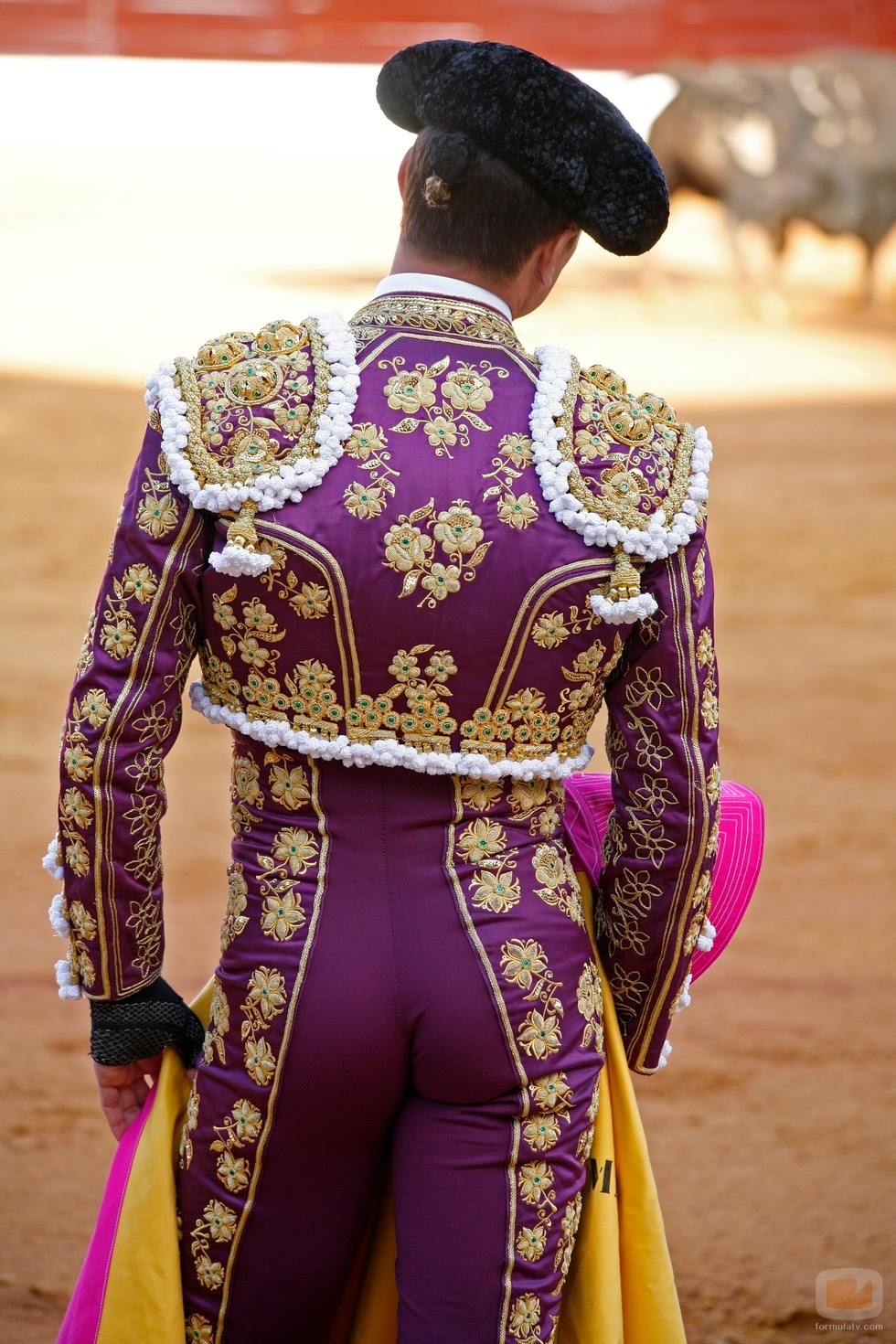 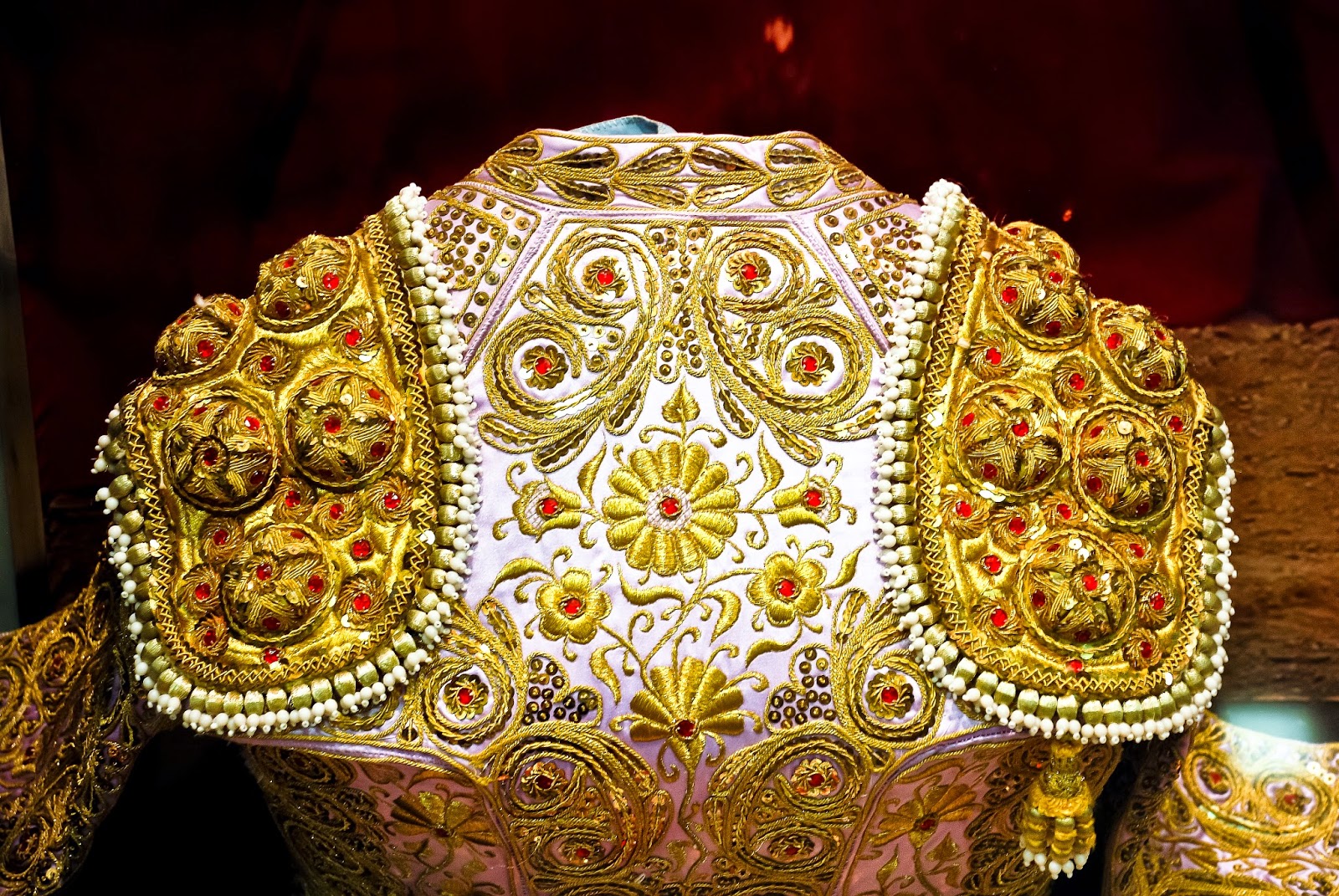 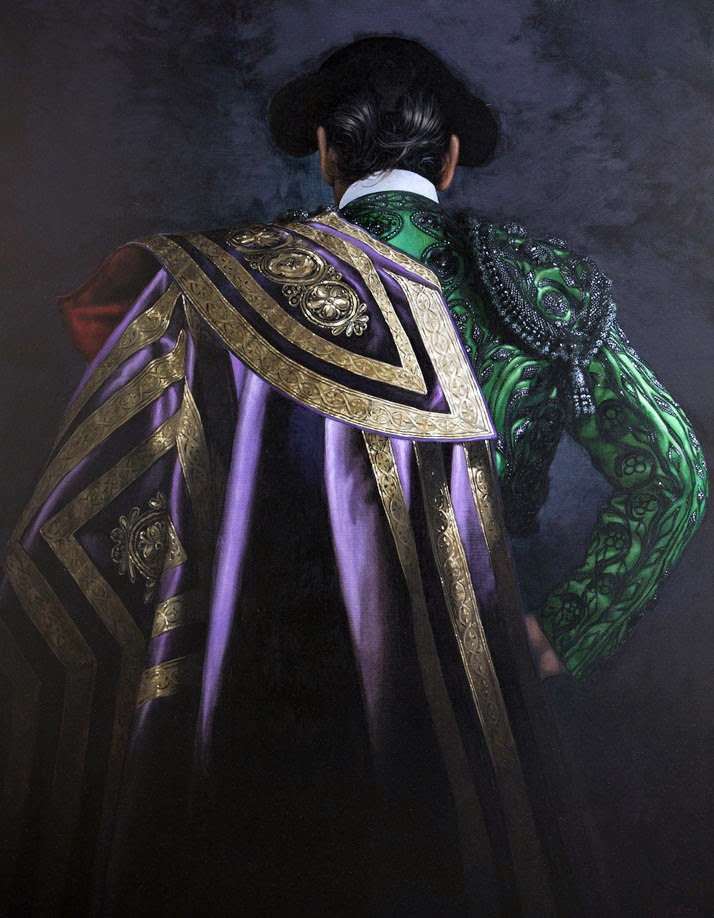