No, not THOSE man jewels.  The kind you put on and take off. 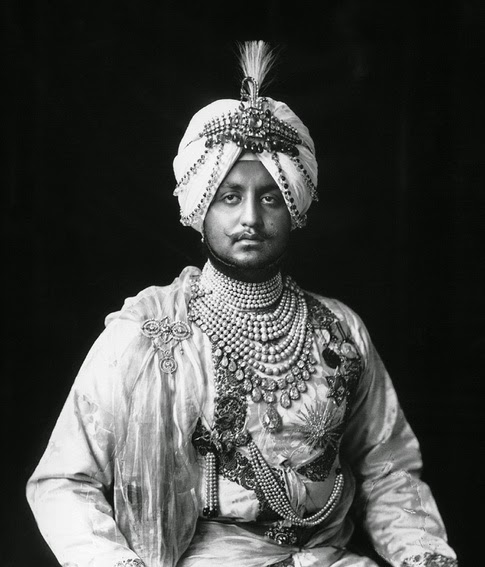 It used to be acceptable, in fact quite common, for men to wear jewelry in Western culture. And in a good deal of the world, it is still done. 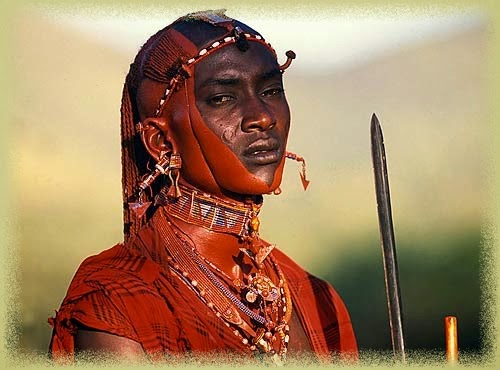 That practice, like so many things appertaining to the peacock inside most men, was cut off after the French Revolution.  Now, to be fair, men's jewelry had been diminishing in variety and use for a good long time before that.  Once we sail past the English Restoration which started in 1660 when Charles II came to the throne, and ended about 1700, men's personal use of jewelry started to drop off sharply.  Where men of means and fashion had worn earrings and elaborate jeweled collars, jeweled buttons, pendants and pins in prior centuries, by the earlier part of the 1700s most of those things had faded from use and fashion. 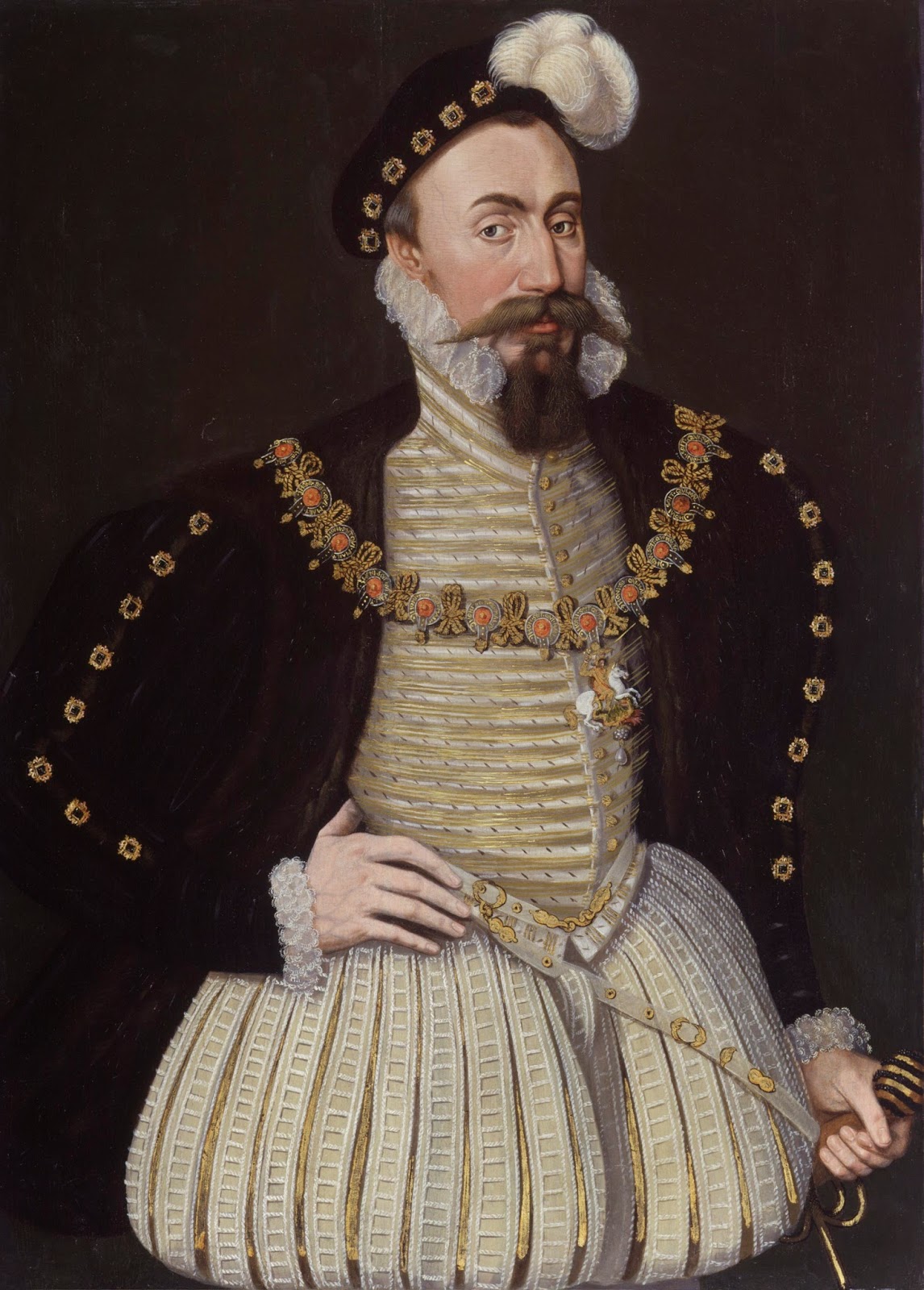 And after the French Revolution, men's jewelry shrank to a level its only now getting away from.  Cravat pins, a ring perhaps, and a fine watch and watch chain were the extent of what was considered appropriate.  Only those in the military were allowed to show off, wearing their medals and orders at formal occasions. 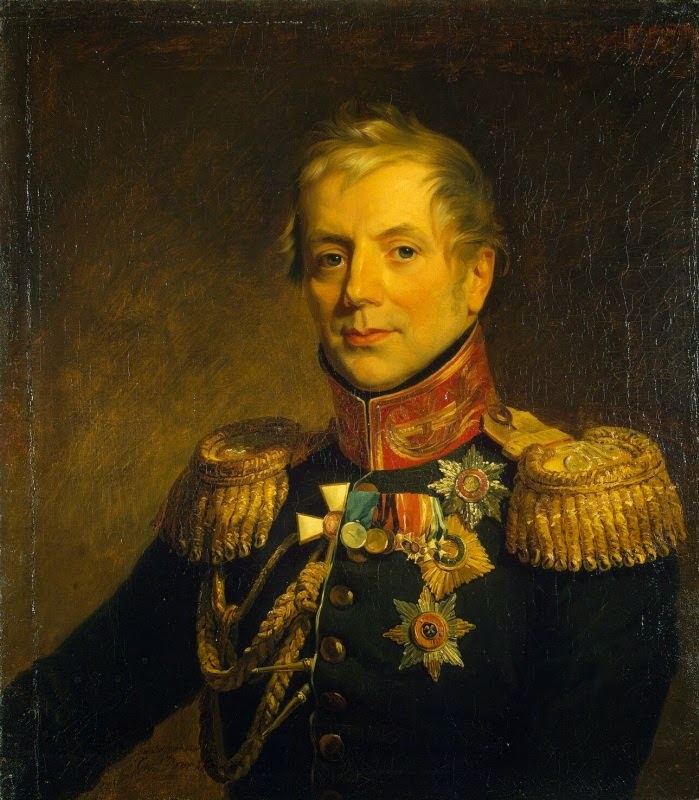 Why? Why this sudden divorce from glitz and overt display after centuries of wallowing in it?  Simply, the new seriousness of the combination of growing Democratic feelings, and the fast growing Industrial Revolution pulled men away from it as being too frivolous, and certainly too obvious a nod to wealth.
Curiously, after never having considered it so before, in a blink, men wearing jewelry became thought of as effete, or at very least, suspect of intent and morals.  So in addition to all the pressure to look more serious, there was a not very subtle pressure to conform to an ever narrowing view of manliness. 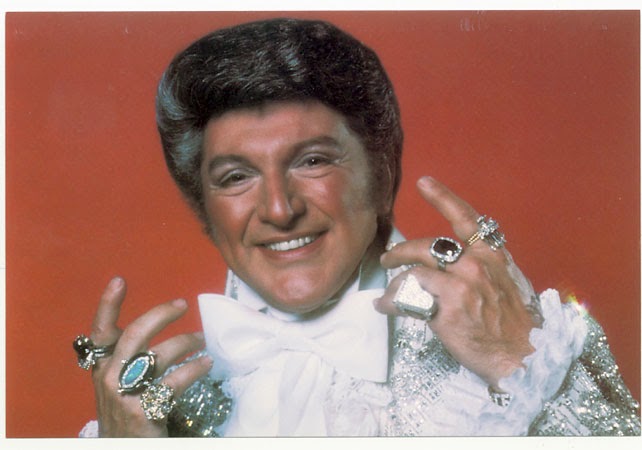 And as I've said, we are only just now coming out of that long dark tunnel.
It was the counterculture revolution, (there's that word again, sense a pattern here?) that first gave men license to wear jewelry again in the form of love beads and shell necklaces, peace sign pendants, earrings, and mood rings.  And since that time there has been a slow, if not always steady increase in jewelry use for men.    Now, very few men's couture collections or other runway collections do not include jewelry, some of it quite large showy.
Herewith a selection of things I've come across from the seriously beautiful to the outright silly. But one thing is sure.  Men and jewelry is back. 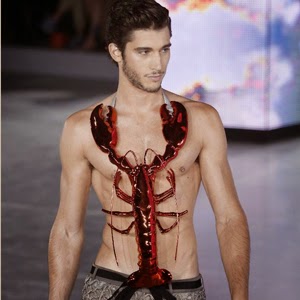 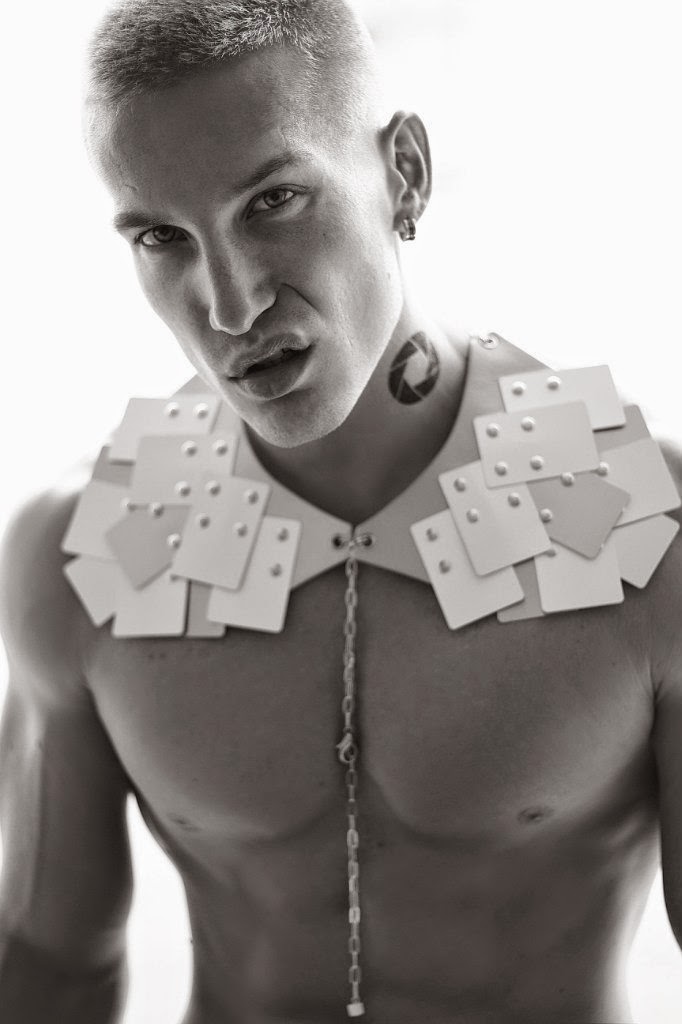 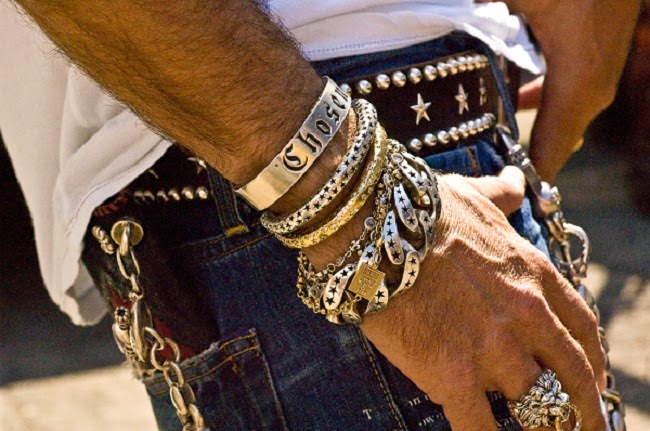 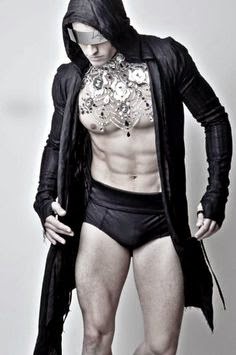 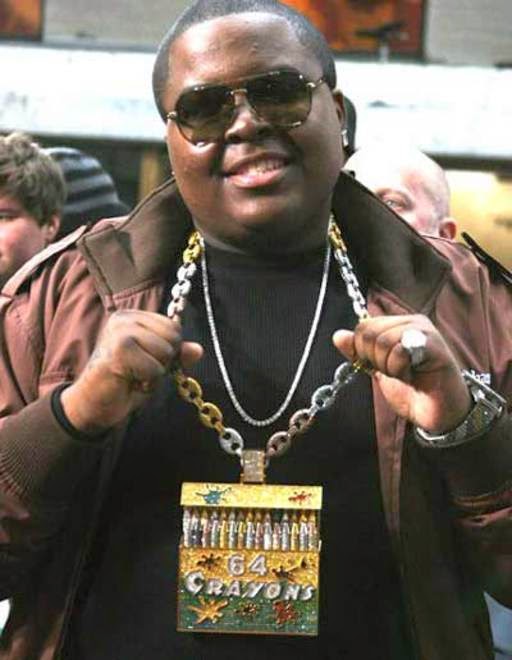 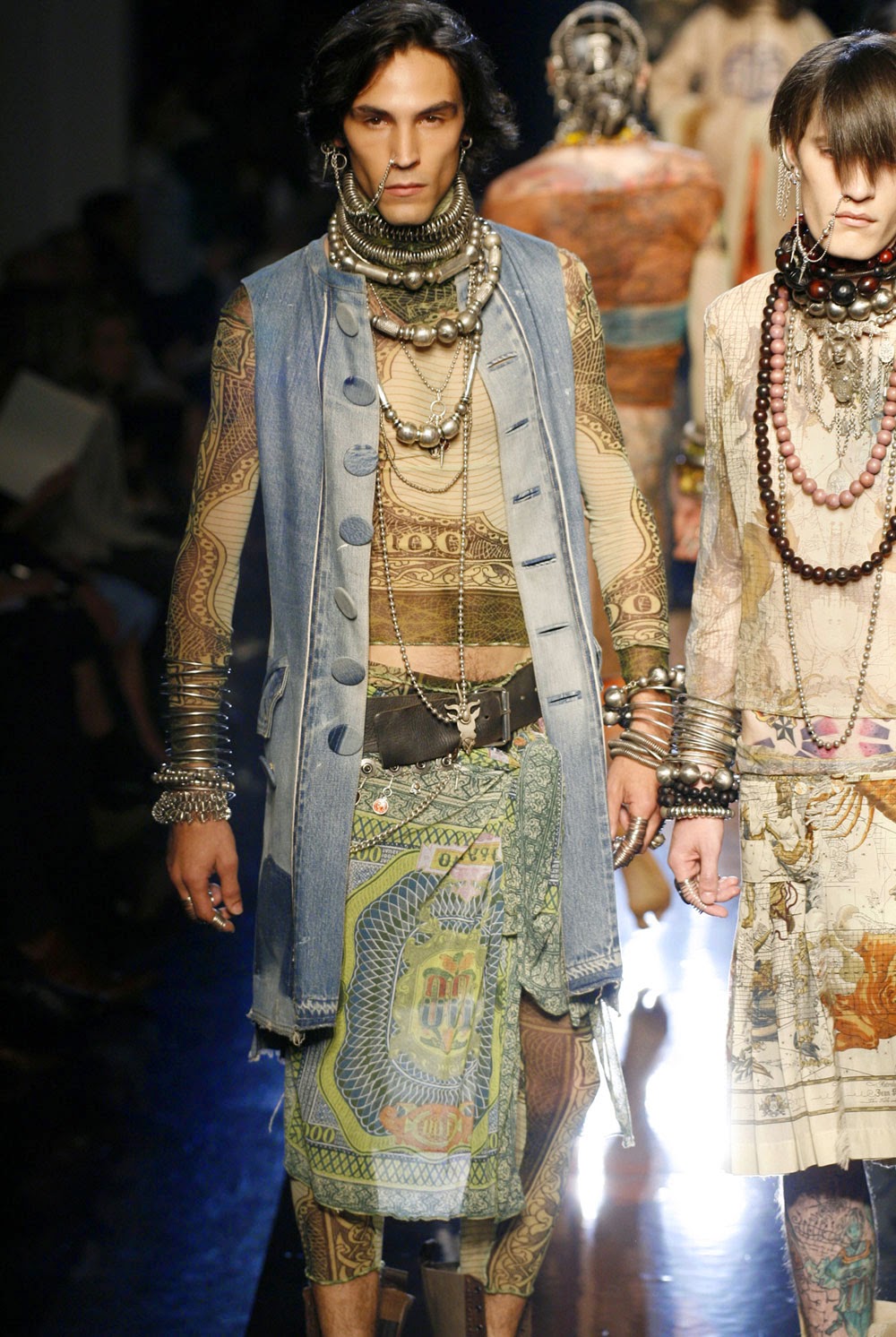 Are you ready to rock the bling, boys?