On Friday morning, on facebook, I started the day with a post about deliberate distressing of clothing and what it may mean for us all. It was such a compelling thought that I felt it deserved more room to be discussed.
We have been at this Attire thing for as long as Homo Sapiens Sapiens have been around. And who knows what our predecessors might have gotten up to, sartorially?  But in all that time there has been one constant among many others that is germane here.  We have never thought that clothing that looked overly worn, badly treated, or torn was acceptable, or desirable.  Until now.  Its a uniquely modern expression within the Attire language.  The idea that a garment that has been deliberately made to look as though it had been manhandled, or simply worn till it was about to disintegrate is a thoroughly contemporary notion.
There have been many looks over time that aped such distressing, but they have always been done in a way that made sure we understood that they were not in reality badly treated clothes. The fashion for slashing, where clothing was given regularly spaced cuts to reveal the linings, is one such instance. 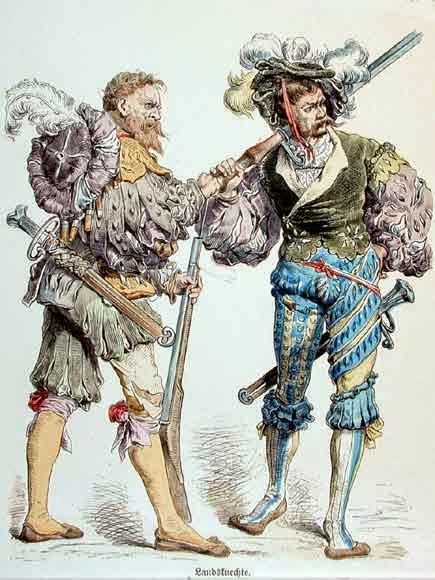 The beginning of this for us seems to come from the Beats of the later 50s, and the 60s Counterculture.  With the Beats, it was simply a lack of desire to look as buttoned up and polished as we had been taught to be, which was at the time a quite revolutionary notion.  The 60s saw a whole group of people scouring thrift stores for old clothes, partly in order to express the same lack of interest in main line cultural norms, and also because the clothing of prior times seemed, as it usually does, to be invested with a kind of romantic glamor.
By the time we get to the Punk movement, the notion of massively altering and intentionally violating a garments integrity became a strong visual statement of not only rebellion, but complete refusal to traffic with the established order. 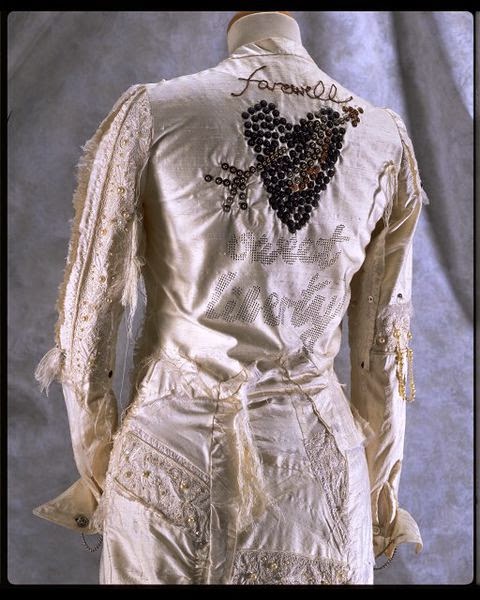 And now, in every season, there are designers who present us with looks, at every price level, that have been made with full intent, to look as though they had been pulled from rag bins, or found at the bottom of a ditch.  We spend hundreds of dollars to purchase jeans that give the look, but not the reality of being long worn.  We go out of our way to purchase a ball cap, with a frayed brim edge.  And we are becoming increasingly comfortable with shoddy workmanship, masquerading as intentional distressing. 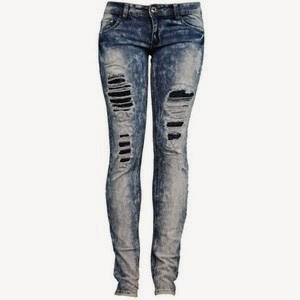 What does this all mean about us and how we feel about ourselves?
Now, I'm not the sort who immediately rushes to the most negative conclusion. Far from it. In fact I can be kind of a Pollyanna sometimes.  It is hard, though to look at this phenomenon, the growth of such a number of new words in the Attire vocabulary that all refer to this kind of expression, and not think there is something dark in operation.
First, and I think most significantly, wearing clothing that looks worn, torn, and roughed up says that the wearer doesn't place much value on themselves. And please understand, I am talking about going out and purchasing clothing that creates this look, not the clothing of people of scant means, fetish gear, or those who follow the punk aesthetic in their dress.  How we present ourselves to the world speaks, loudly, about how we feel about ourselves internally 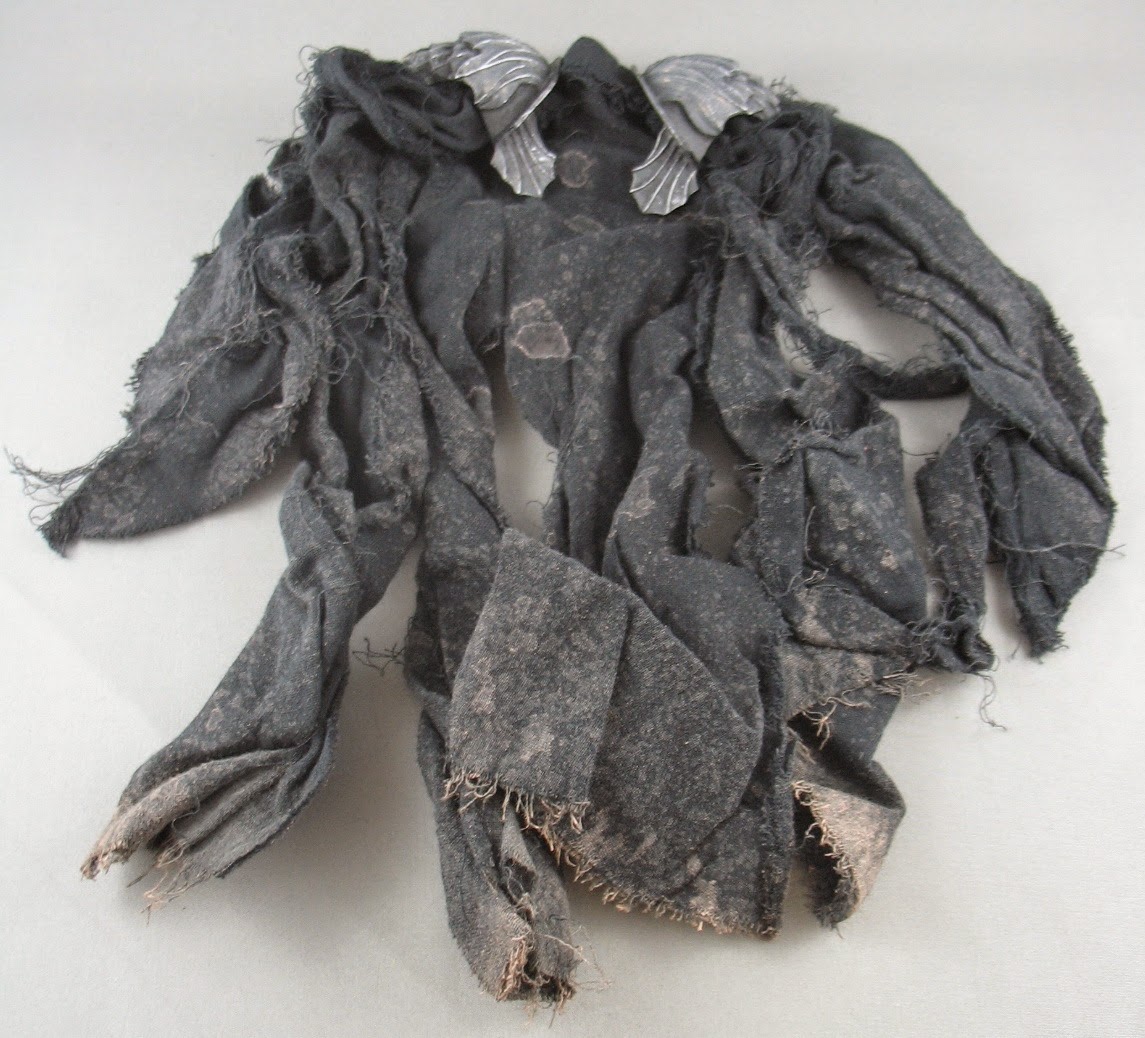 .
Secondly, we are living in a world where the division between wealth and poverty is widening rapidly.  And this desire for deformed and deconstructed clothing says two things that apply in this regard.  For some, its a way of saying, "I may be rich, but I'm still one of the proletariat. You needn't fear me, or attack me."  For others its a subtle acquiescence  to the fact that many of us are falling behind, and down.  By wearing such things we accept being given less, we accept the idea that we deserve less.  Its an insinuating, sly methodology for getting people to be content with shoddy, cheap, and tawdry.  And that disturbs me deeply. 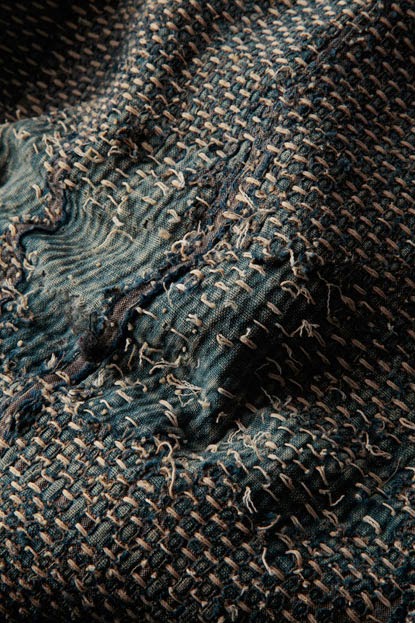 Of course, as I've said before, there is a romantic attraction to the somewhat faded, the oft used and the gently fallen.  We love it in our antiques, we wouldn't think of repainting a great masterwork, ( except the Sistine ceiling, ahem), and in vintage clothing, a bit of wear is expected, and well tolerated. 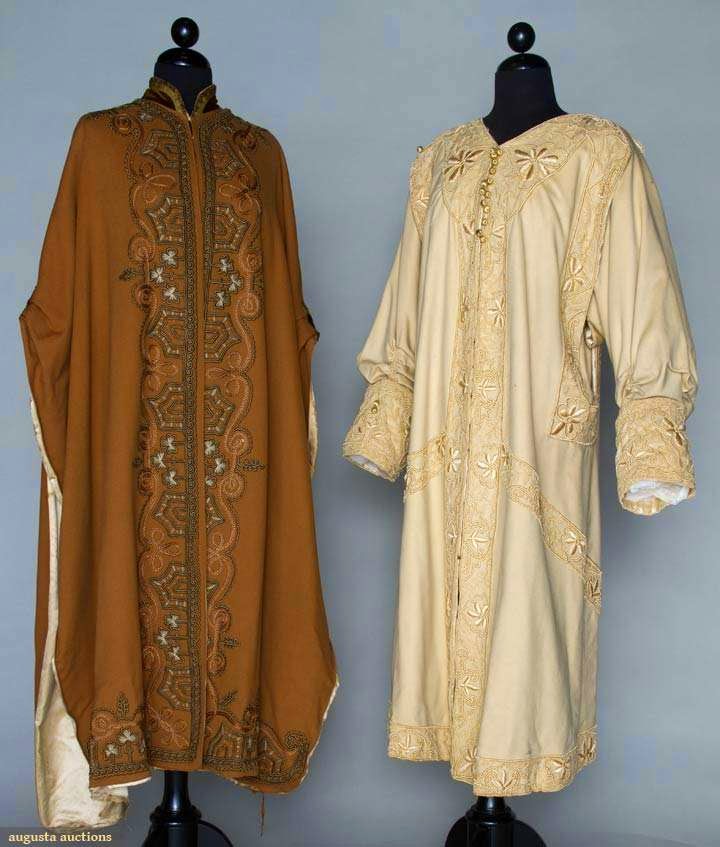 So there is a place for it in the Attire language.  I am concerned however, that this is emblematic of something less savory and appealing in our cultural psyche.
Posted by Paul G. Ellis at 4:01 AM