Though the significant majority of the avant garde designers out there, take themselves and what they do seriously, sometimes, I think far too seriously, there is a fellow out there with not only a wildly edgy approach, but a clearly envisioned sense of absurdist humor, with more than a dash of satire.   His name is Bernhard Willhelm and he brings his unique, and exceedingly colorful work to the world in Belgium. 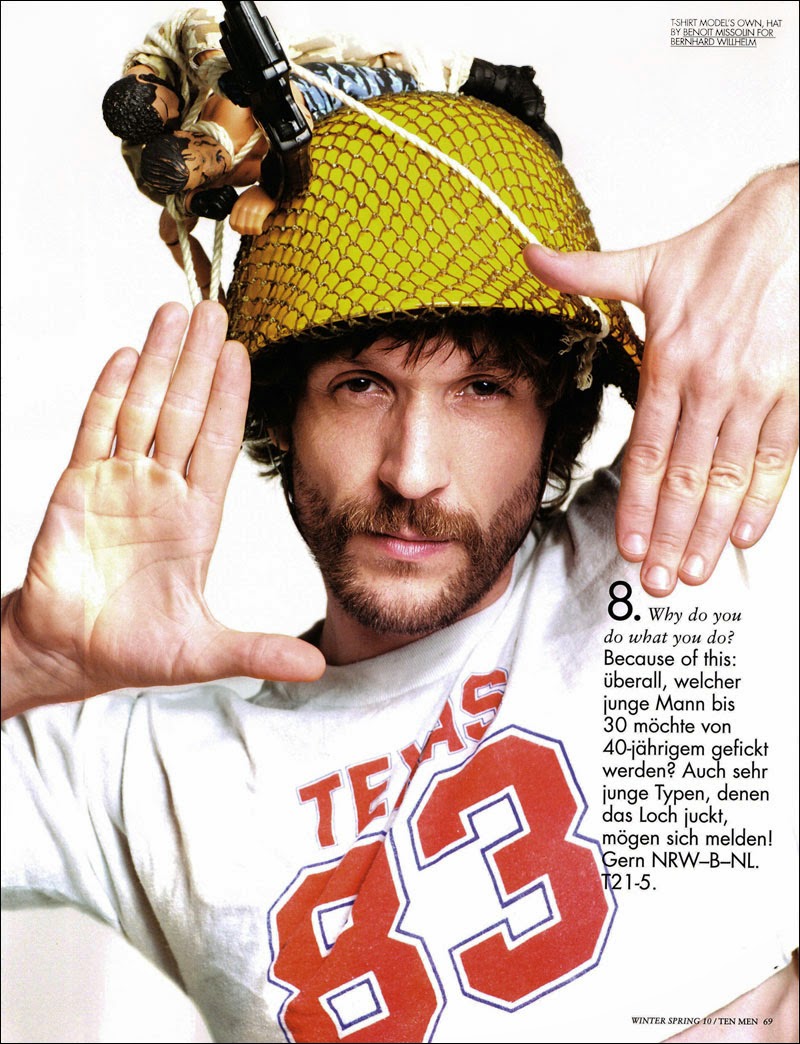 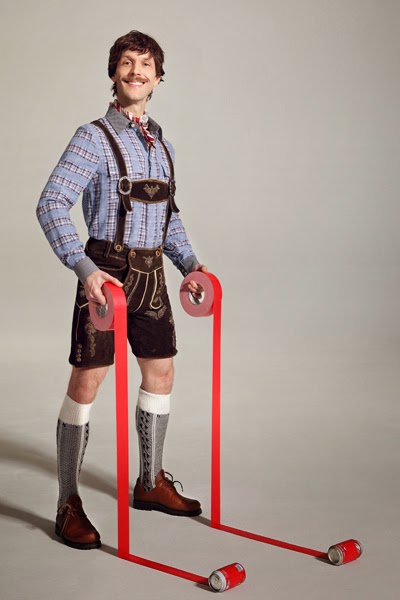 The German born Willhelm first started showing in Paris in 1999 but now lives and works in Belgium, where he designs clothes for both men and women, and focuses a good deal of time on footwear, in particular sport shoes, for which he's gained a good deal of attention. 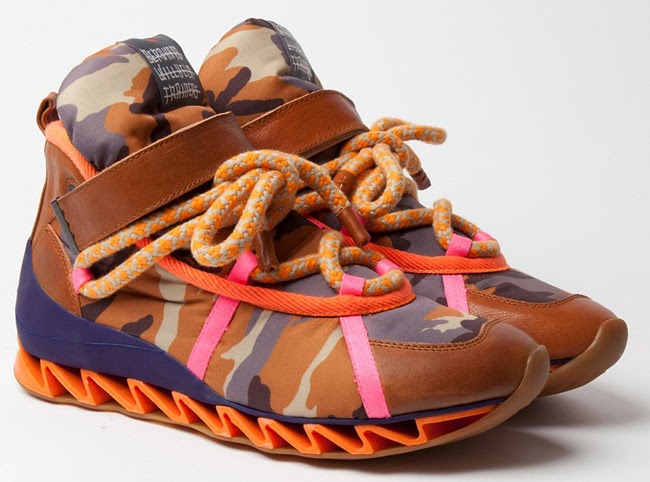 But its in his marvelously cheeky, and rule breaking clothing that he really shines forth.  Sure, looking at these clothes below featured you could easily dismiss them as visual jokes and nothing more, but if you take the time to look more closely, there are methods within his divine madness that show a keen understanding of form, drape, and potential functionality. 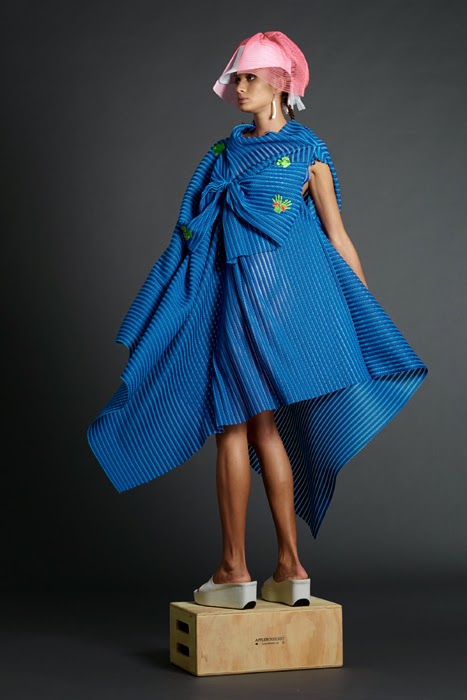 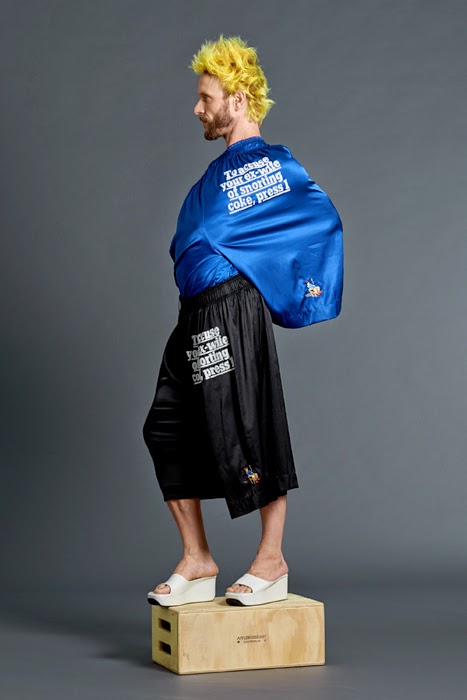 He often shows clothing designed to be worn by both sexes, and everything is playful, colorful and layered.  His defining principles seem to be pan-cultural, non-gendered, and racially blind.  All in all, an ideal approach for the growing global village.  In addition, his clothes are not use or event specific, they're meant to be worn anywhere and anytime.  So, again, he is fore-thinking the increasing casual framework in which people live their lives daily. 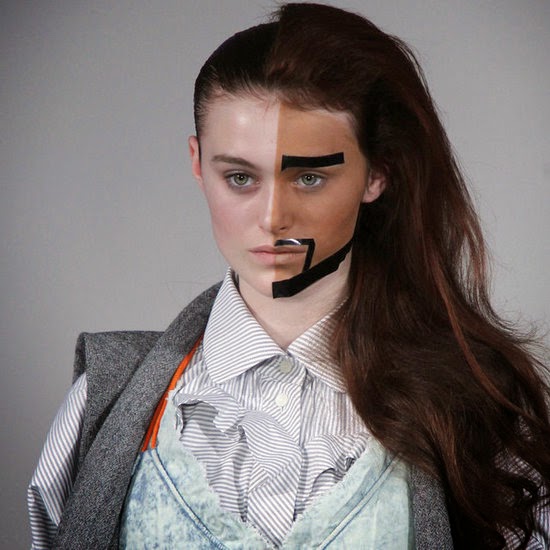 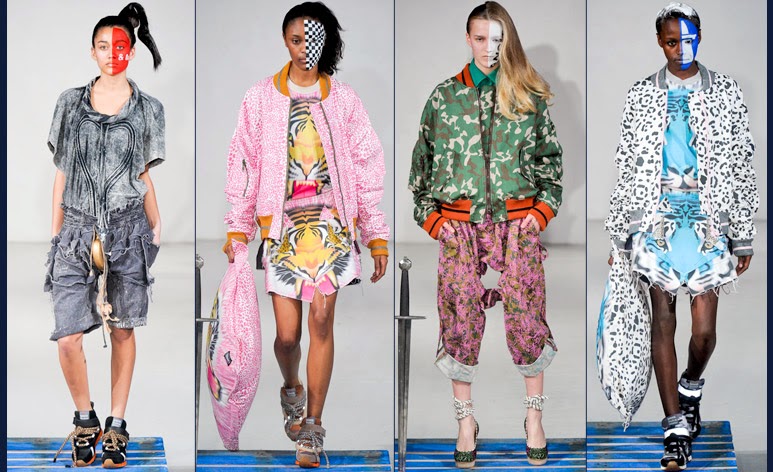 Have a good long look at his work here. If you take the time to really see, you'll note things all through that could adapt, or be used as they are in the world we know. 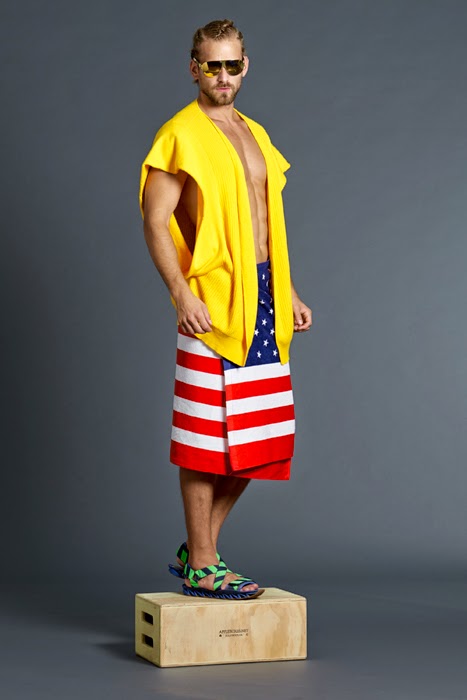 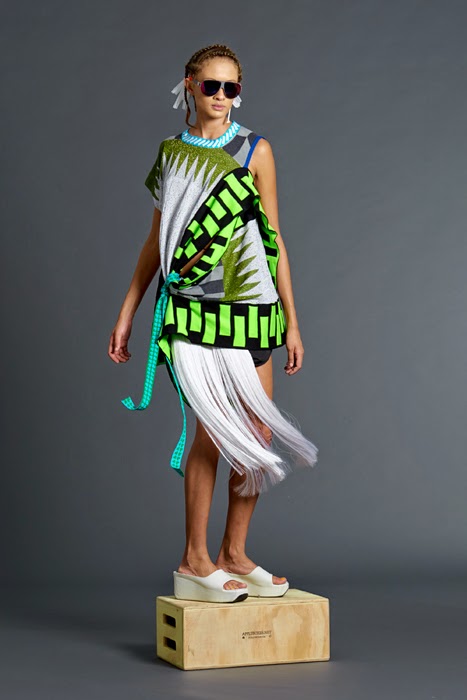 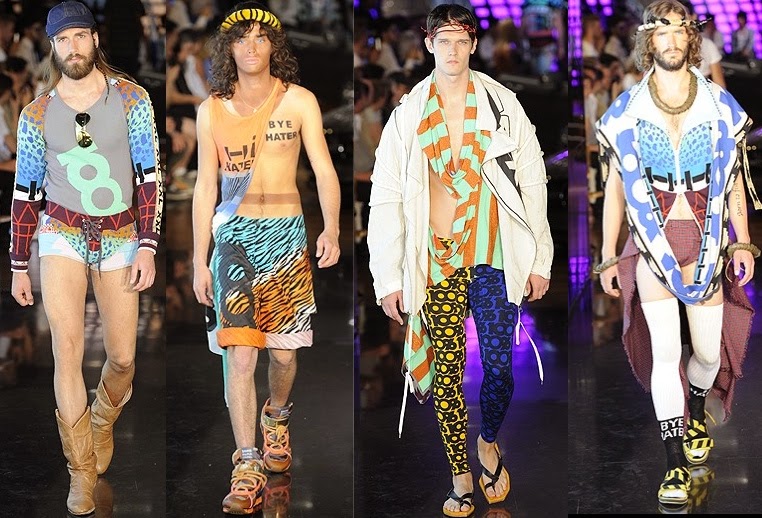 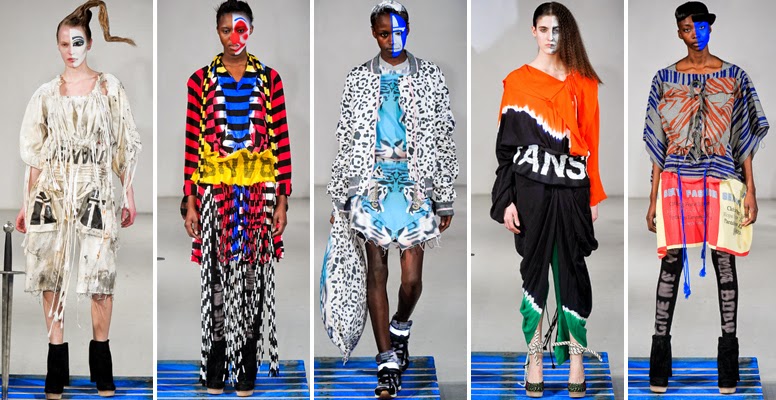 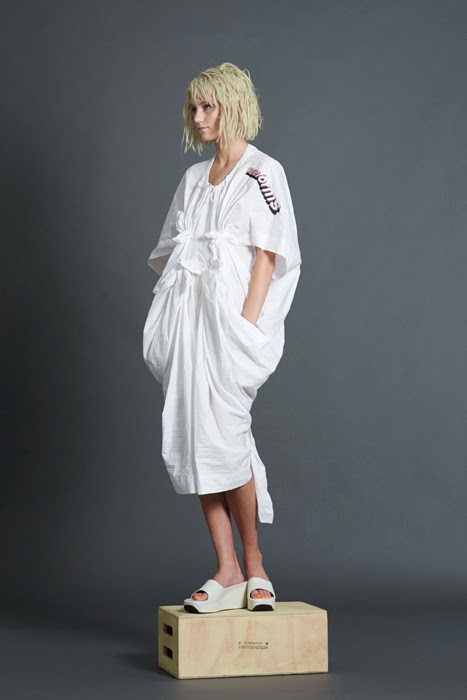 And don't forget to smile, cause, I'm sure Bernhard would want it that way.