Worth In Black and White 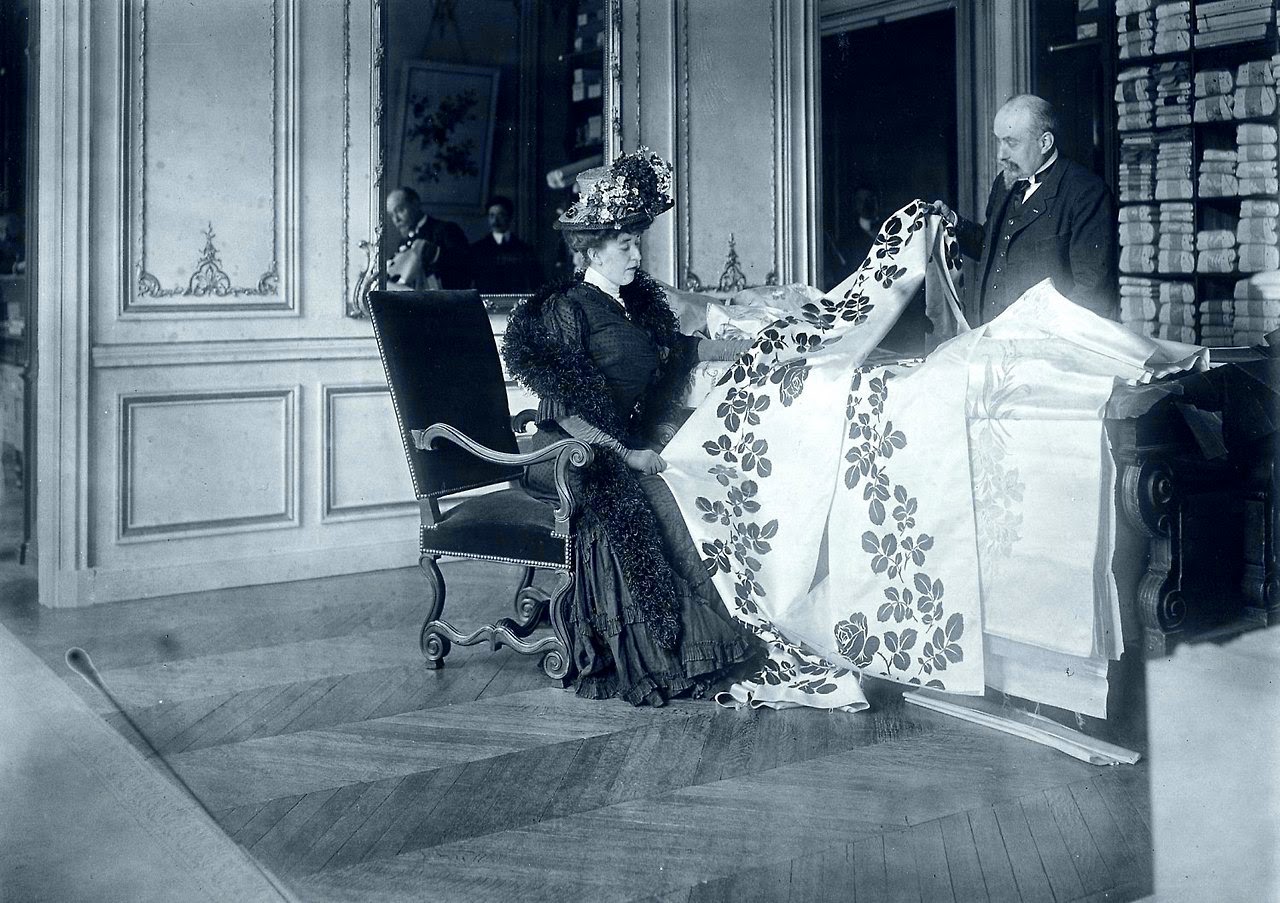 No early couture house has been as relentlessly, or extensively recorded with photographs, than that of Charles Frederick Worth.  Not only did he have a client list literally in the thousands, covering Europe, Asia, both Americas, and Australia, but he was not unaware of the advertizing potential of photography for promoting himself, and his business.  This shot, of a client being shown a huge scaled silk damask, was staged, and published with express purpose of forwarding the Worth name, worldwide.  Note the carefully wrapped and labeled samples of fabrics on the shelves behind the salesman. 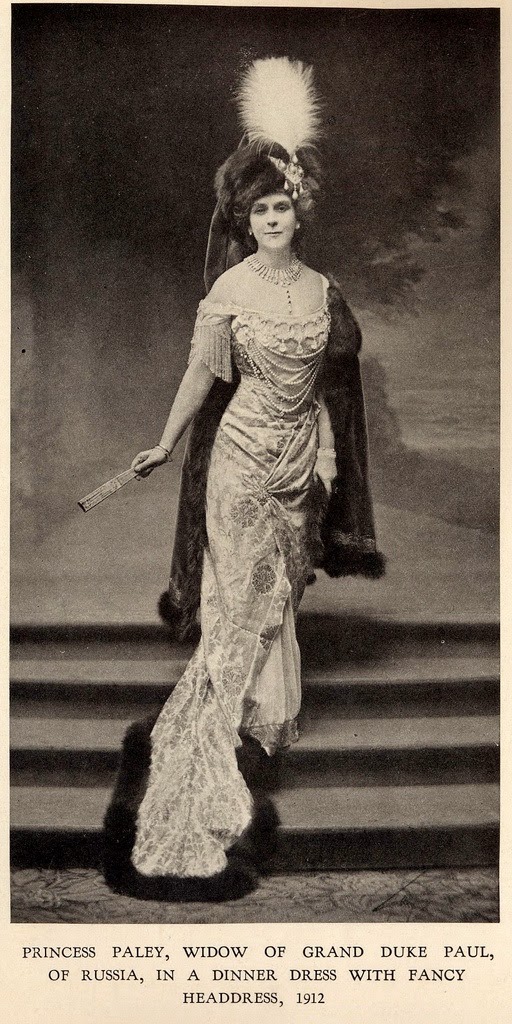 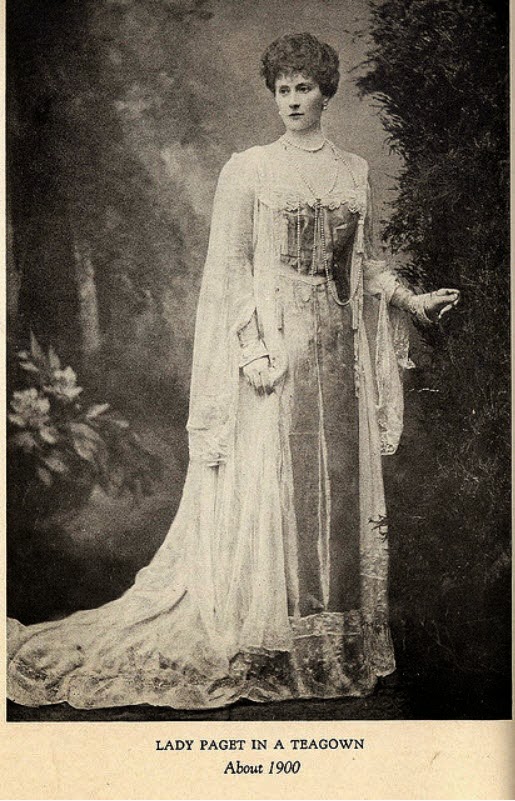 Since his client list included nearly every wealthy woman out there, whether titled or not, it was inevitable that numerous records on film would be created.  Also, since so much was produced by the Worth establishment, there are hundreds of his garments still around, many of them in such superb condition that they can be photographed on contemporary models, so we can see how the clothes functioned in space, and volume, on the sort of women who would have worn them.  As you will see from looking at the examples I've chosen, there was one quality that every Worth garment had in abundance, drama. Whether it was the massing volume of a sleeve, the scale of a woven textile, or the bulk of the decorations, Mr Worth's house gave women a sense of grand, romantic drama.  Even his street wear carries the same sensibility, though pared down a bit.  And his fancy dress costumes, which comprised a significant chunk of his business, are full bore theatrical in their effects.
So, enjoy a little dip in the sea of Worth. All in lustrous black and white. 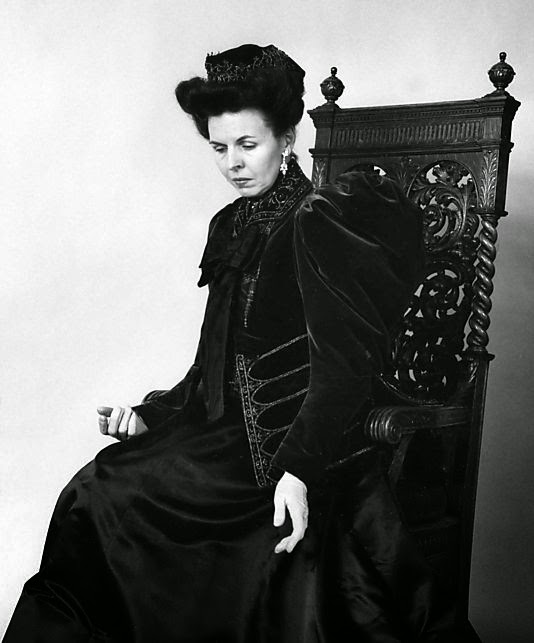 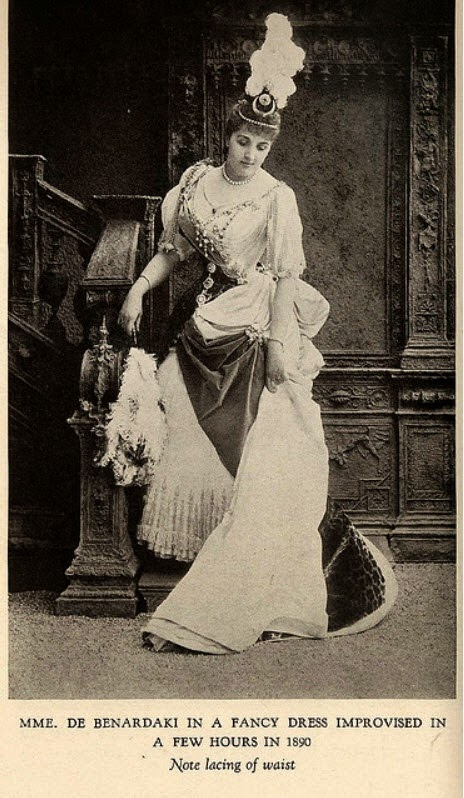 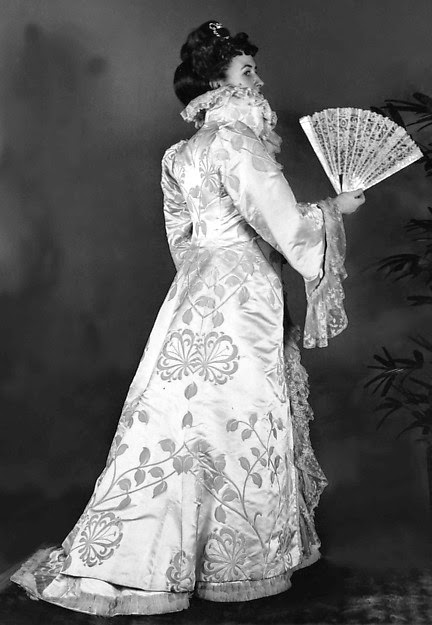 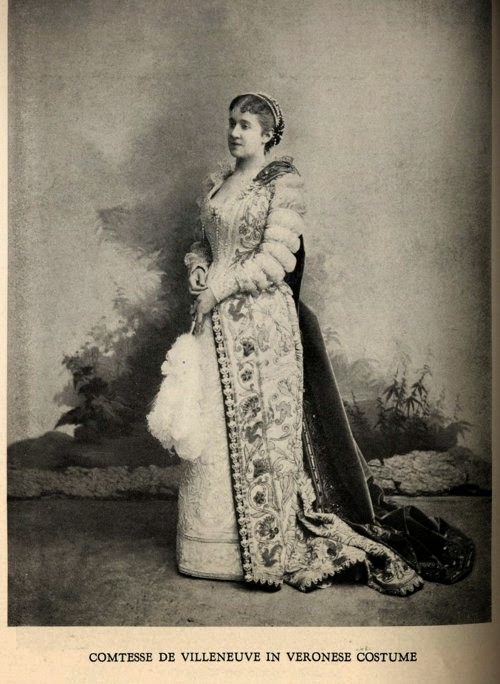 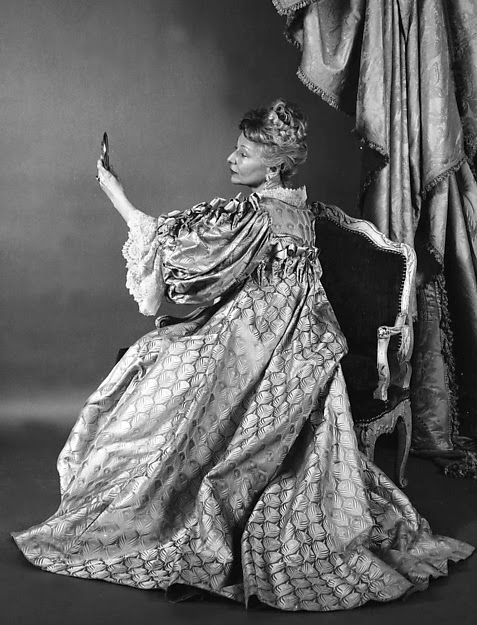 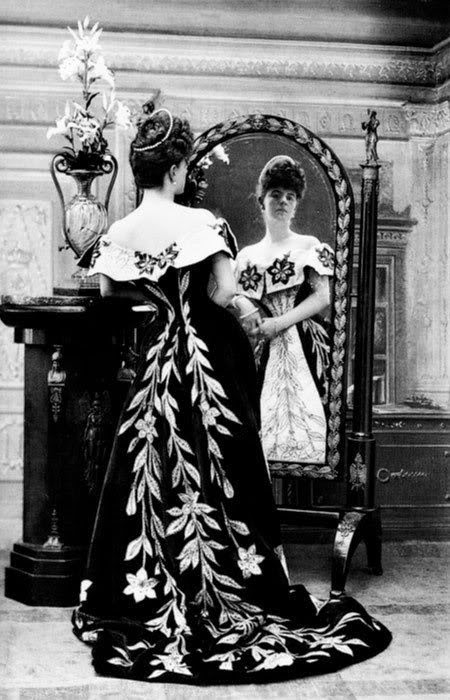 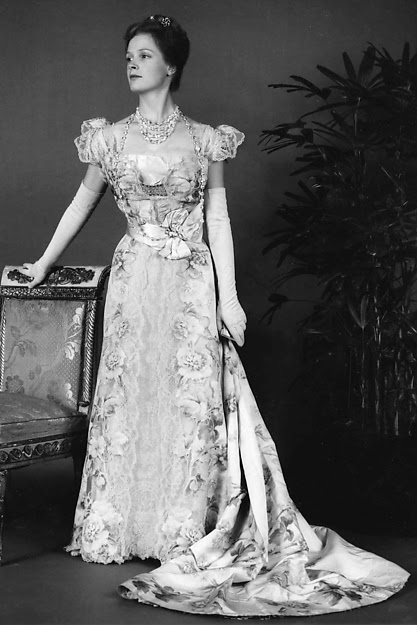 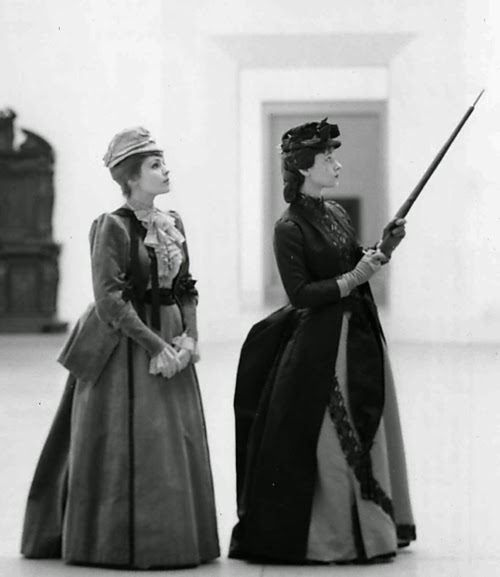 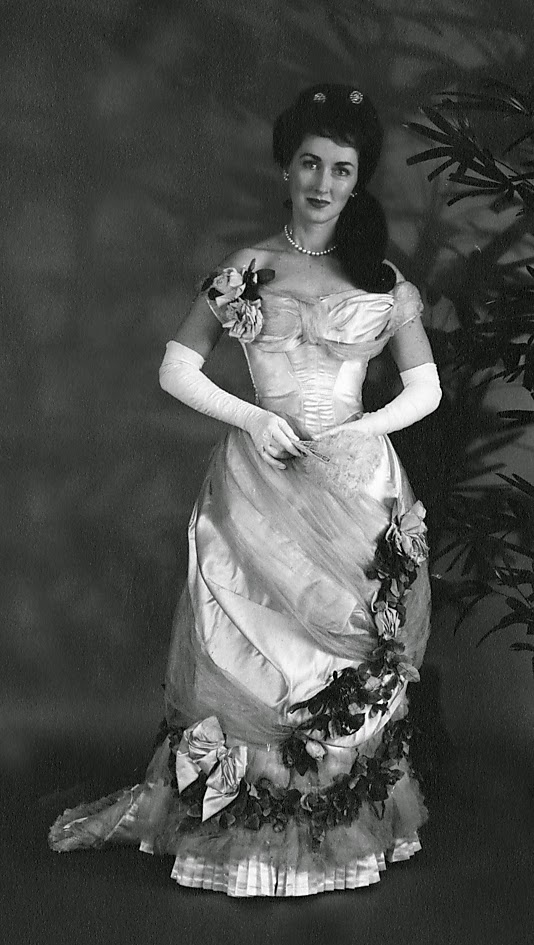 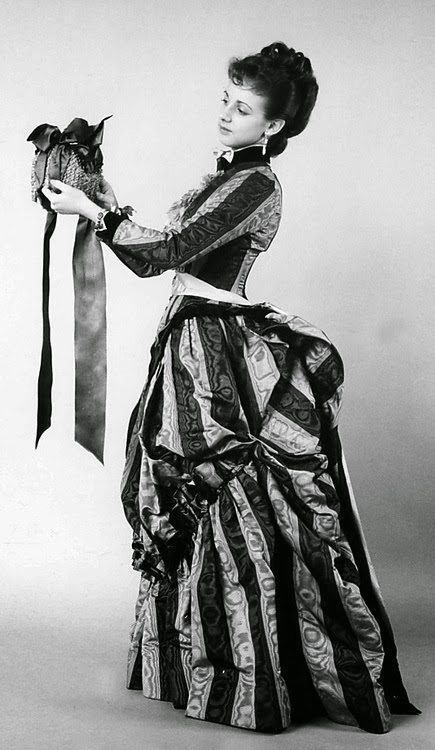 What made Charles Frederick Worth such a genius, was not confined to his ability to design beautiful things, but encompassed a phenomenal skill of anticipation.  He could give his clients not just what they asked for, but something far more, that still spoke to their wishes.