Here's the thing, cause you know, there's always a thing, always.  A few days back I posted about our hard wired tendencies with regard to how we see the world around us, and the people in that world.  I wanted to get inside one of those things a bit more deeply.  So the thing is, physical  proportional relationships.
Our minds see specific points on the body as the natural, appropriate points at which garments should begin or end. 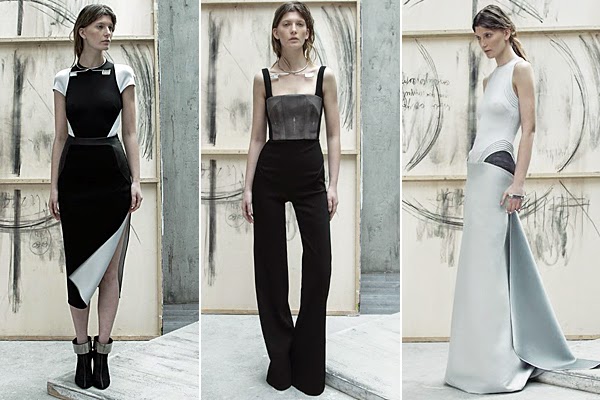 We can understand visually, for example,  a skirt hitting the floor, breaking at the ankle,  the mid calf, the knee, and the mid thigh.  But place a hem just enough off of one of those points and we react with discomfort, it doesn't "look" right to us, because it is not relating to the natural form in the way we are hard wired to expect.
We naturally perceive the waistline as being correct at a half way point between the nipples, and the broadest hip point. We can accept a waistline carried up to just under the breast with ease. It stays within our built in guidelines of relational rationality. 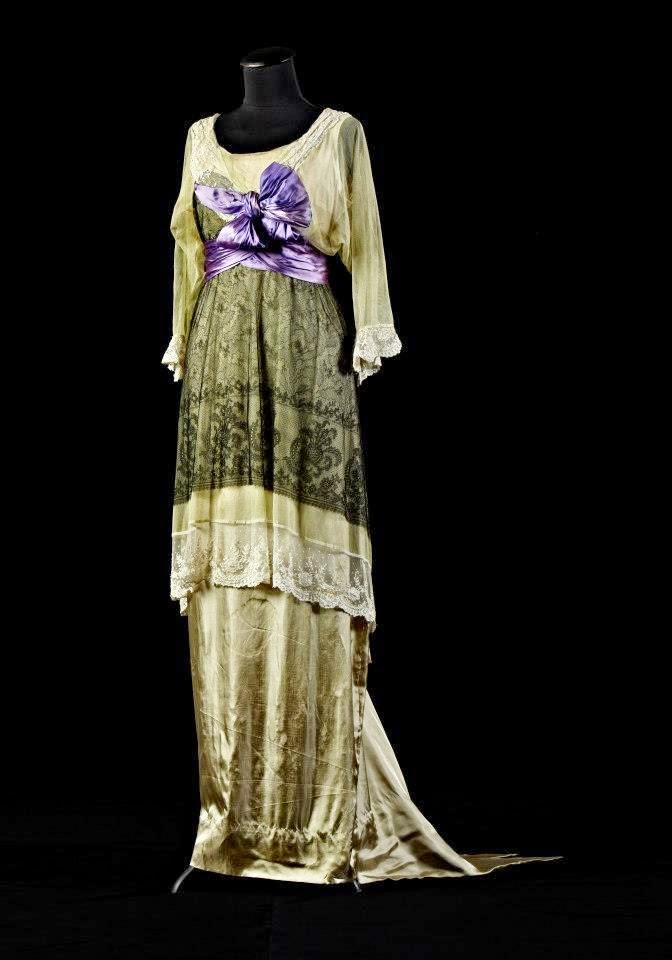 But put that waistline an inch or two too low, or just enough too high, and again, our brains rebel.
There are multiple points on the arm as well: wrist, mid forearm, elbow, mid upper arm, and armseye. 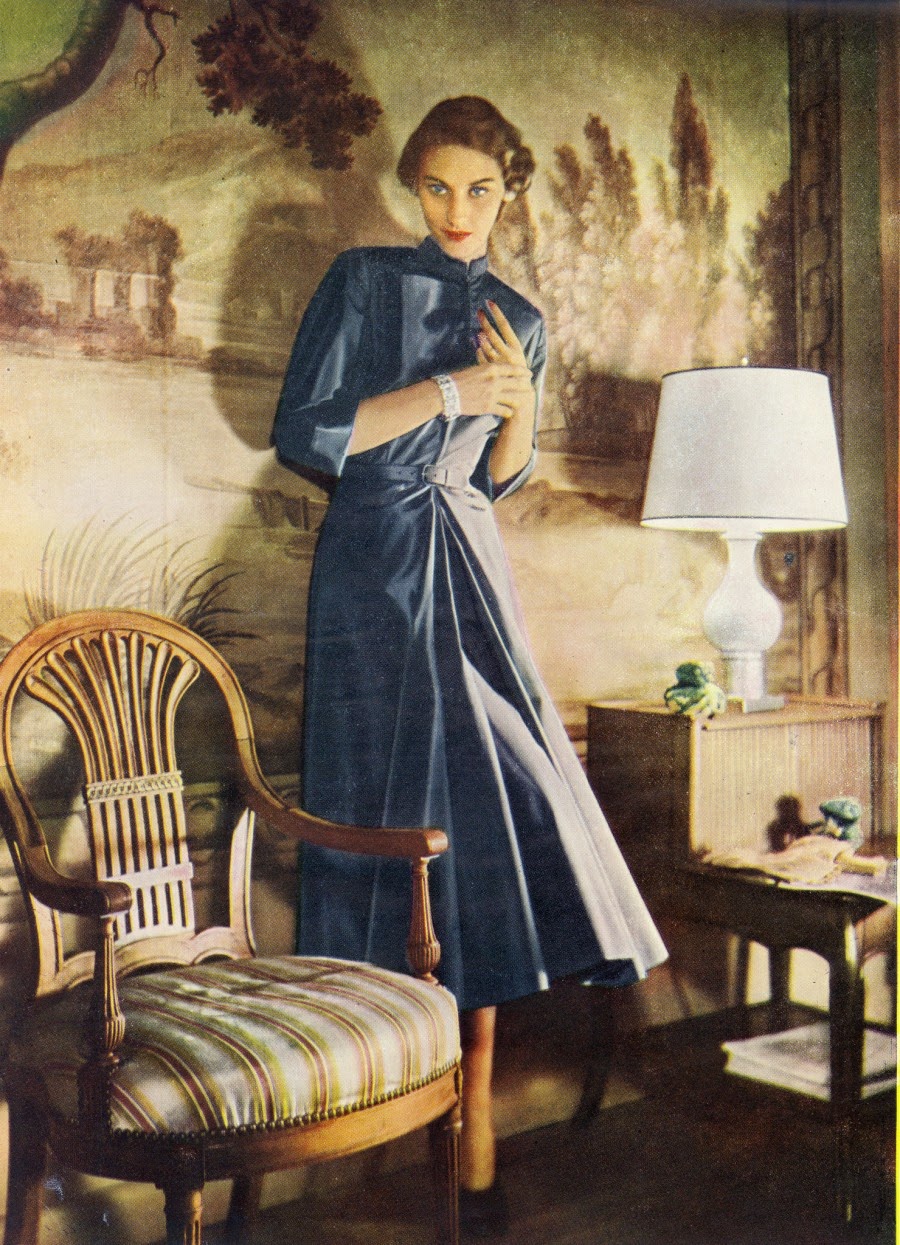 And just like with points on the main frame of the body, positioning a break point on the arm just enough off one of those locations I mentioned, will make us wonder about how something fits, it won't seem quite right.
The line of the hip at its widest, and the line of the breast at the point of the nipples, are also factory installed proportion relationships we understand instantly.  And as a point of clarification, all these relationships are identical for women and men, regardless of age, or culture. 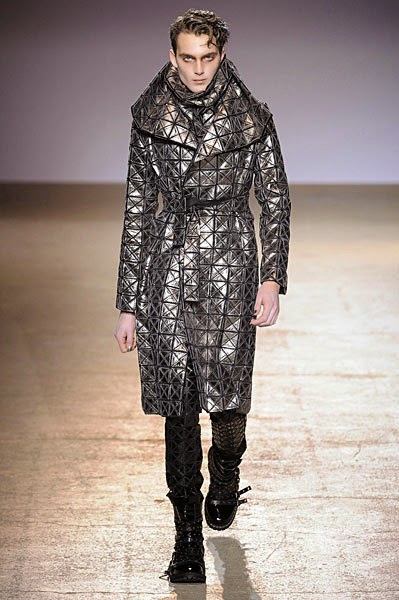 So we immediately understand that all the major joining points of the body, ankles, knees, hips, shoulders, elbows, and wrists, are the correct places for garments to begin and end. 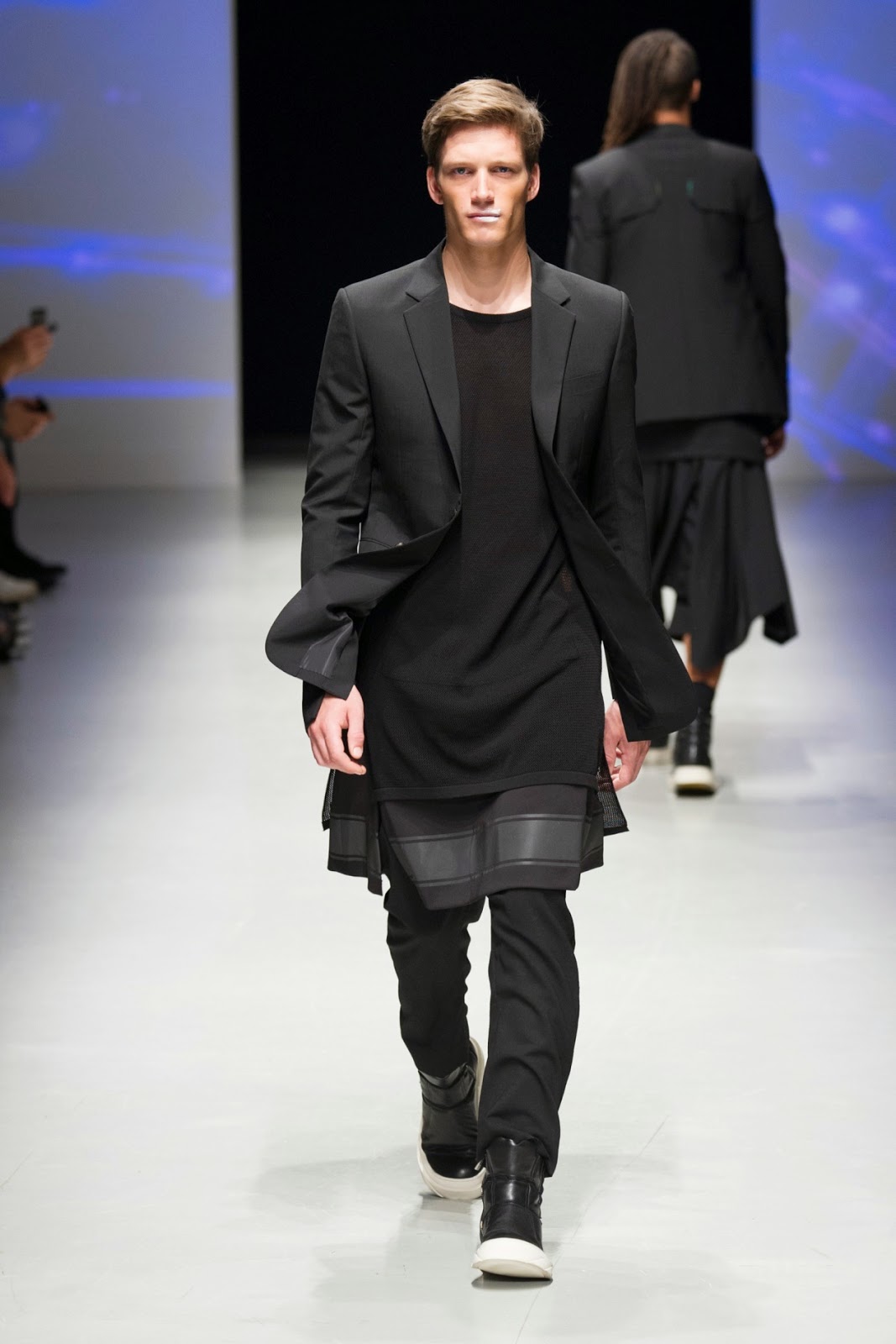 Then there's the neck.  For the neck, the positional relationships are so closely packed, since its such a small zone, that staying right on point is harder.  Right under the head at the top of the neck, midway between neck and trunk, base of neck, are the three localities, but they're usually separated by only an inch, sometimes less.
Ignoring these is a good deal of what lands a designer's work in the category of Avant Garde.  its also a lot of why Avant Garde design is often so hard to digest. Our minds do not see the presented relationships as attractive. 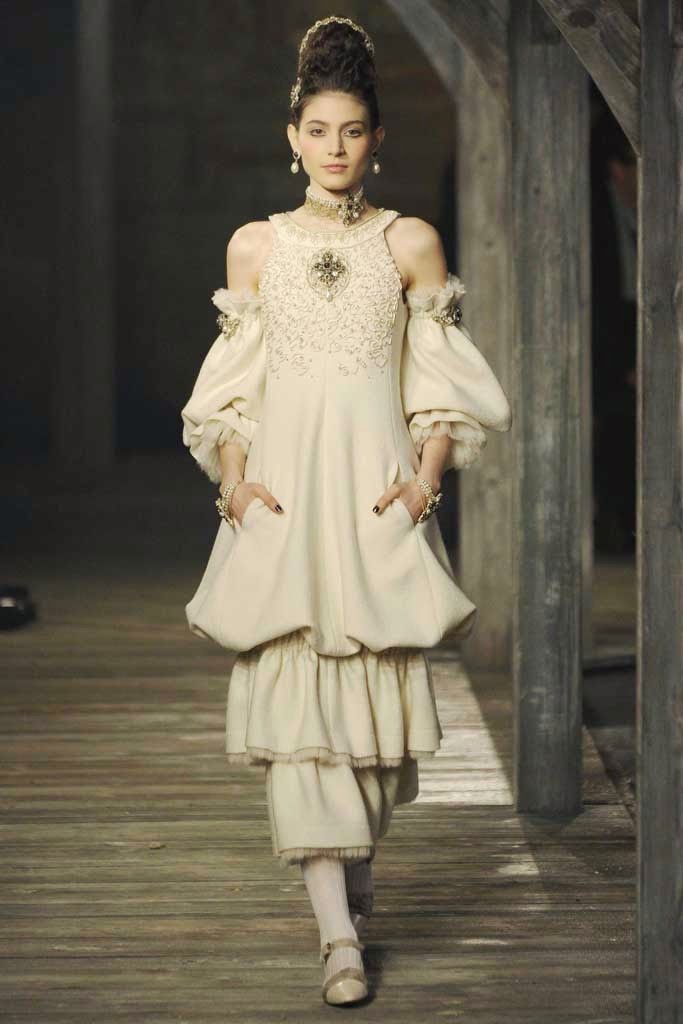 There are also points on the main mass of the torso where we see these relationships in play.  We understand a garment hanging from just under the arm, and then at the point of the breast, the center point, and across in the same way.  On the legs we understand something falling on the outside visual edge, and at the center point on the leg, but like all these other things, move slightly this way, or that, and our mind's eye stops seeing a pleasing relationship. 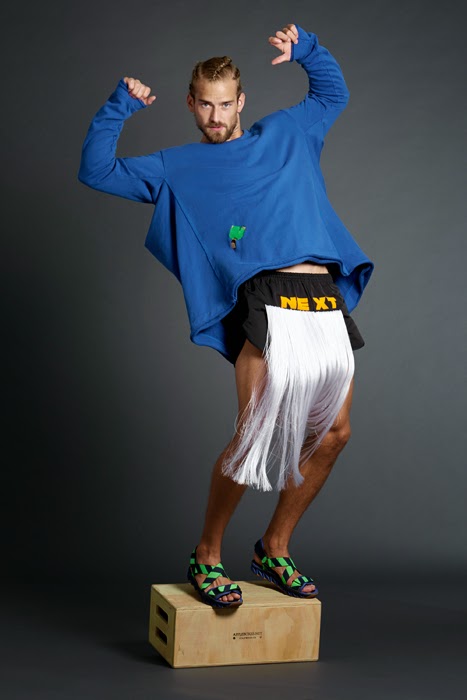 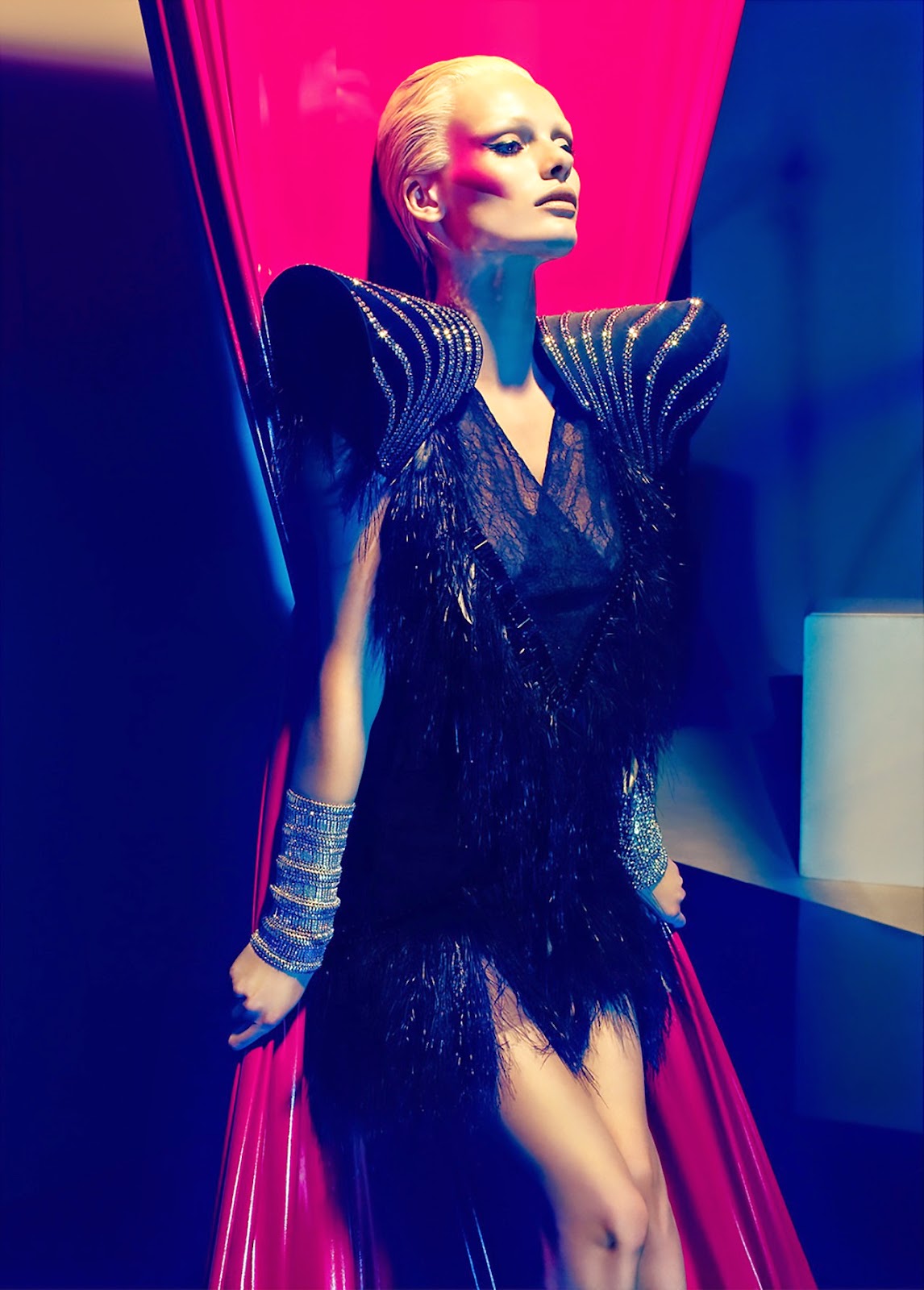 Taking this awareness out into our world will help immensely in sussing out the why of what pleases us, and what doesn't, in the greater Attire conversation.  And these sorts of built in understandings inform and affect how we relate to art, architecture, in fact, all of the visible world we inhabit. So learning to perceive with greater depth of understanding, could only be a benefit to any of us.  And as I've said before, greater understanding is always to be sought after.
Posted by Paul G. Ellis at 3:24 AM