The Power of Gold

Yesterday, I posted about gemstones, and shiny rocks that have always garnered our attention and approval.  Today, the metal we praise above all others, that endlessly malleable element we know as gold gets my time. 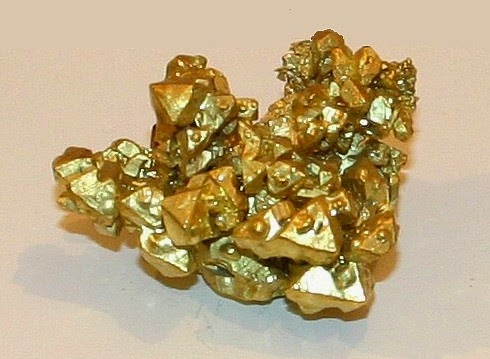 No other metal has such a warm hue. In fact, more than one person has claimed that it almost feels warm to the touch, though that is not literally true.  No other metal is as easily worked into whatever form it pleases us to give it.  And because it is not easy to gather, its value to us seems all the greater.  We cannot copy it mechanically; so it retains its special hold on us, psychologically.  Imagine what the first homo sapiens thought when they caught sight of a fragment of this metal glistening in a shallow stream bed?  Is it part of the sun, fallen from the sky?  What is it?  And when that long ago ancestor of ours picked it up, and found it was no imaginary thing, we were off and running.
We have fought wars, proclaimed victories, celebrated marriage contracts, and praised our endless gods with it.  And of course, we have slapped it onto our bodies in every way we can conceive of, including surgical attachments.  Its place in the lexicon of Attire is assured based on thousands of years of non-stop use.  And I don't just mean the real deal, but anything we have contrived to imitate its luster and radiance. 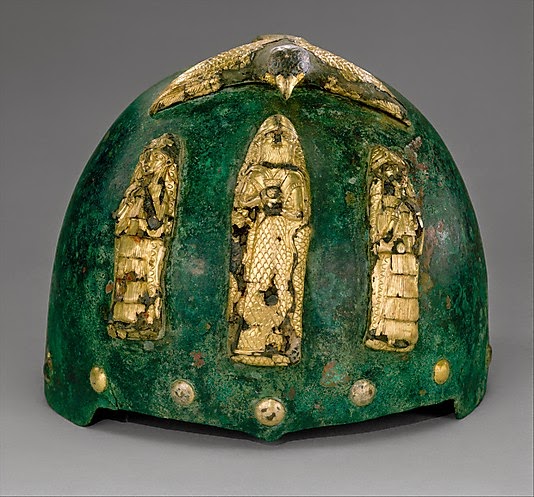 Iranian helmet of the Elamite period of bronze, bitumen and gold. 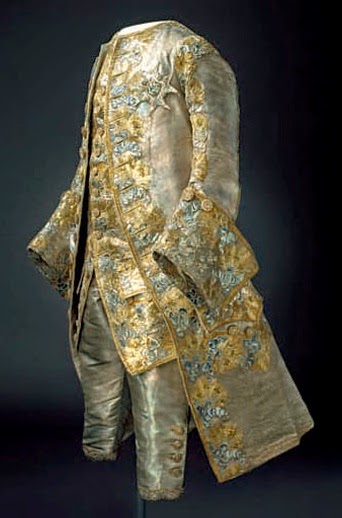 From literal cloth of gold, to gold wire embroideries, to polyester lame' and plastic sequins, we have utilized this unique color and finish with a constancy only rivaled by textile dye colors. It gives an instant sense of luxe, and an impression of wealth, though, just like with gemstones, it can go overboard into a sea of tacky extremity.  But used with discretion, it adds something subtle and profound to our apparel statements. 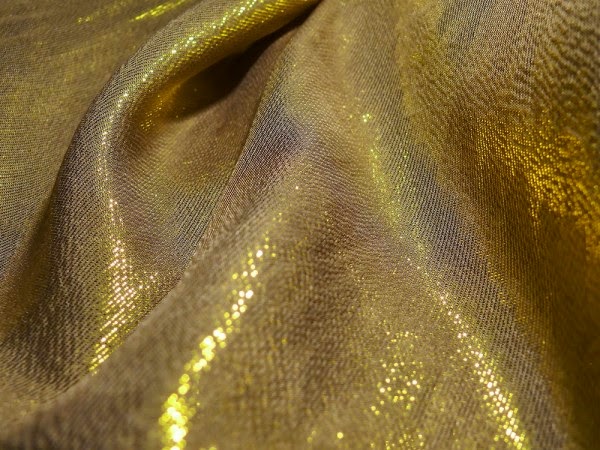 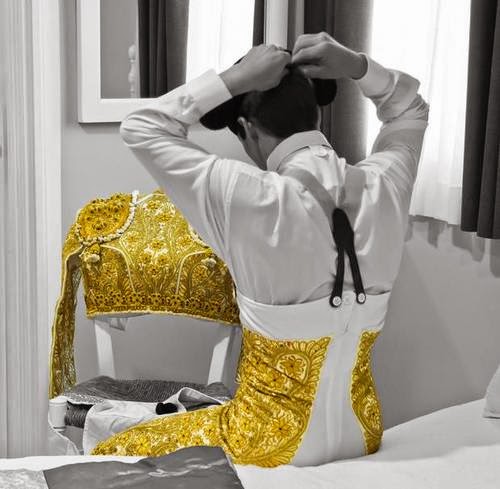 We have used gold, and faux gold embellishments, to create and support class distinctions and enforce social barriers.  In the military, the amount and placement of gold decorations on uniforms delineated precise rank.  Similar methods were in use in royal courts across Europe and the East.  So much was gold a marker of social distinction and wealth, that many sumptuary laws were created to try and maintain exclusive control for the elite.  But the merchant class that rose during the Renaissance was not going to be stopped from parading their clout by any silly old laws. 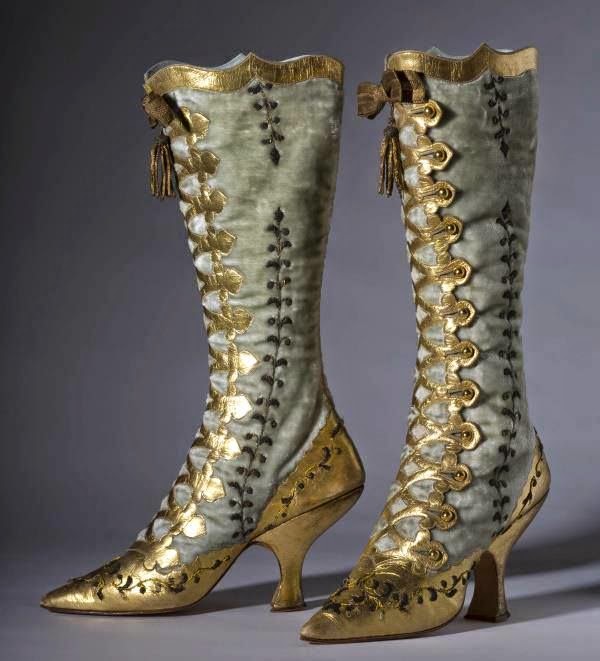 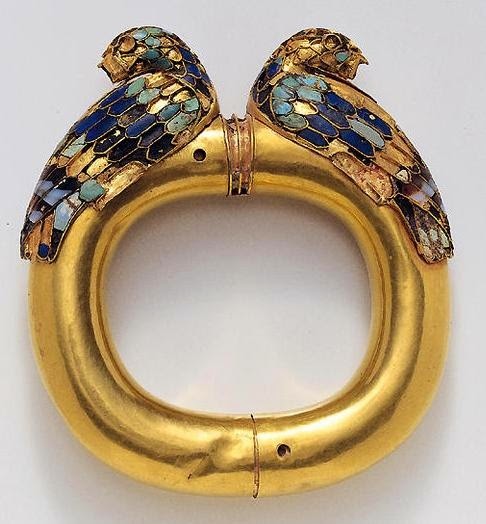 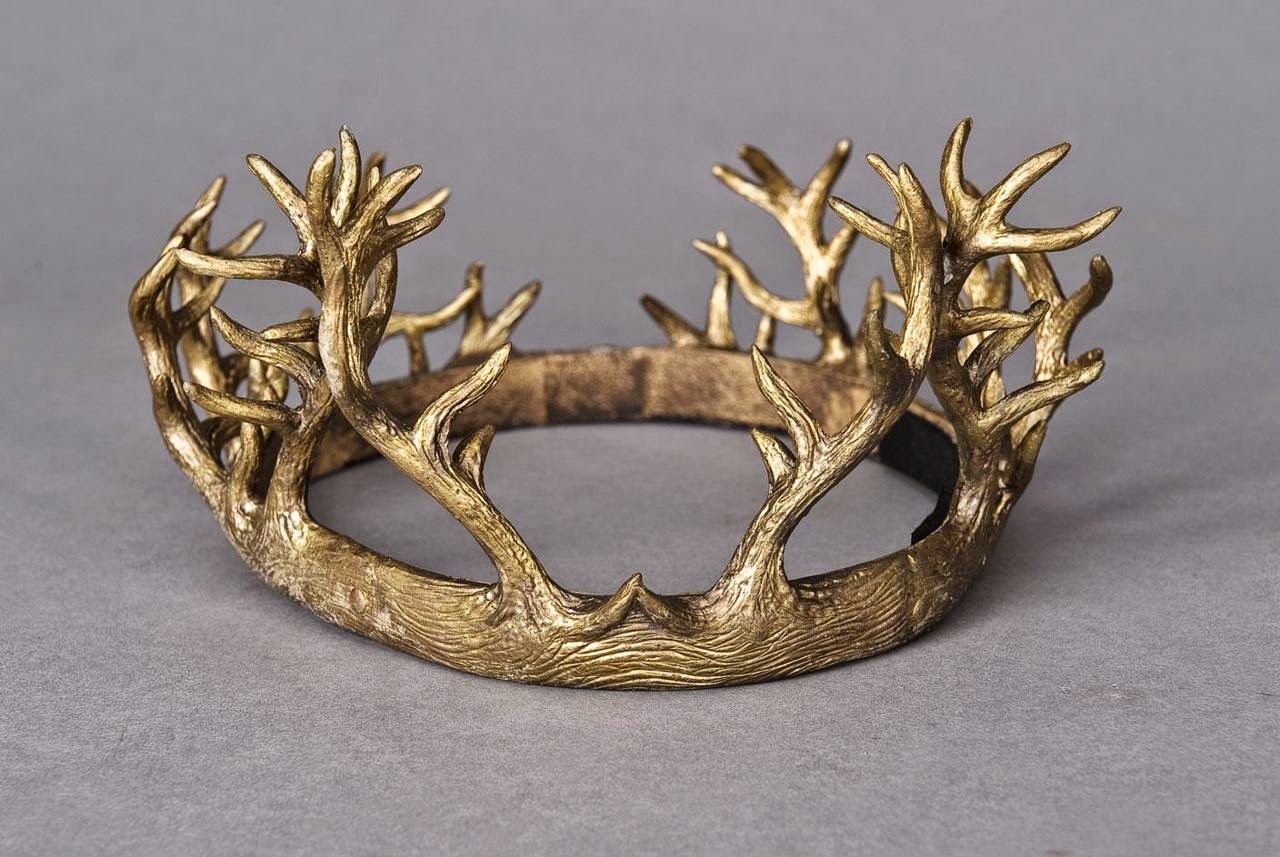 Gold, and what it represents to us on an inner level continues to have its hold on us, and like the allure of gems is a spell we likely won't escape for some time.  Whenever we want to feel special gold is commonly the metallic finish of choice.  It doesn't even matter, it seems if its the real thing. Its that special aura we crave so hotly.