Before I dig into this subject again in earnest, one thing has to be stated up front.  Every one of our notions about how men and women should accoutre themselves, is based not on anything hard wired, but on layer after layer of tradition, supposition, politics, religion, and sexual behaviors we've built over millennia of time.  Apart from the need to accommodate the physical differences between sexes, like the existence of breasts, and other external sexual hardware, there really is no reason to differentiate between them, by apparel, other than the previously mentioned ideas.   Taken from a broader view of things, the only need we have for such separations now, is sexual/procreative. I find that interesting, since its likely that the first reason we donned apparel at all, was to attract mates.  And all the other reasons for separating our attire into differing camps is fading away. 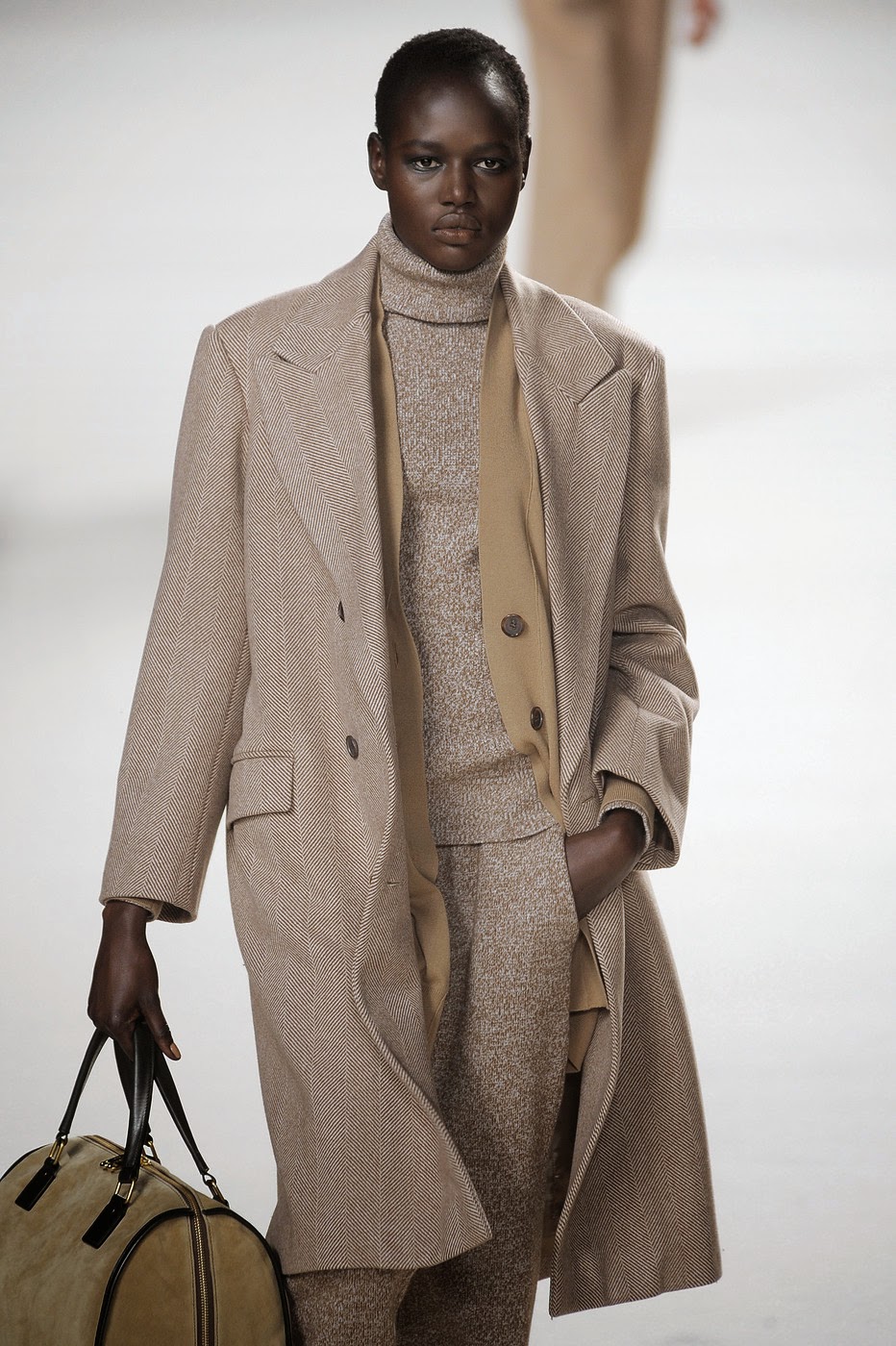 What makes this a topic that needs discussion, is that we seem to be moving rapidly forward into a world where gender specificity, or even defined gender at all, is being called to question, or abandoned as outdated, and narrow of mind.  Perhaps this is happening simply because there are more humans alive on the Earth right now, than have ever existed before this time; creating a climate that allows such explorations into the subtleties of sexuality.  More precisely, the complete number of human persons born and died before now, is smaller than the living population of the world today. And that gives us, by sheer numbers, the freedom to investigate such things; since the survival of the species could hardly be called, "at risk".  So we find ourselves casting about for new ways to conceive of, and express honestly, the reality of the human people on the planet we share. 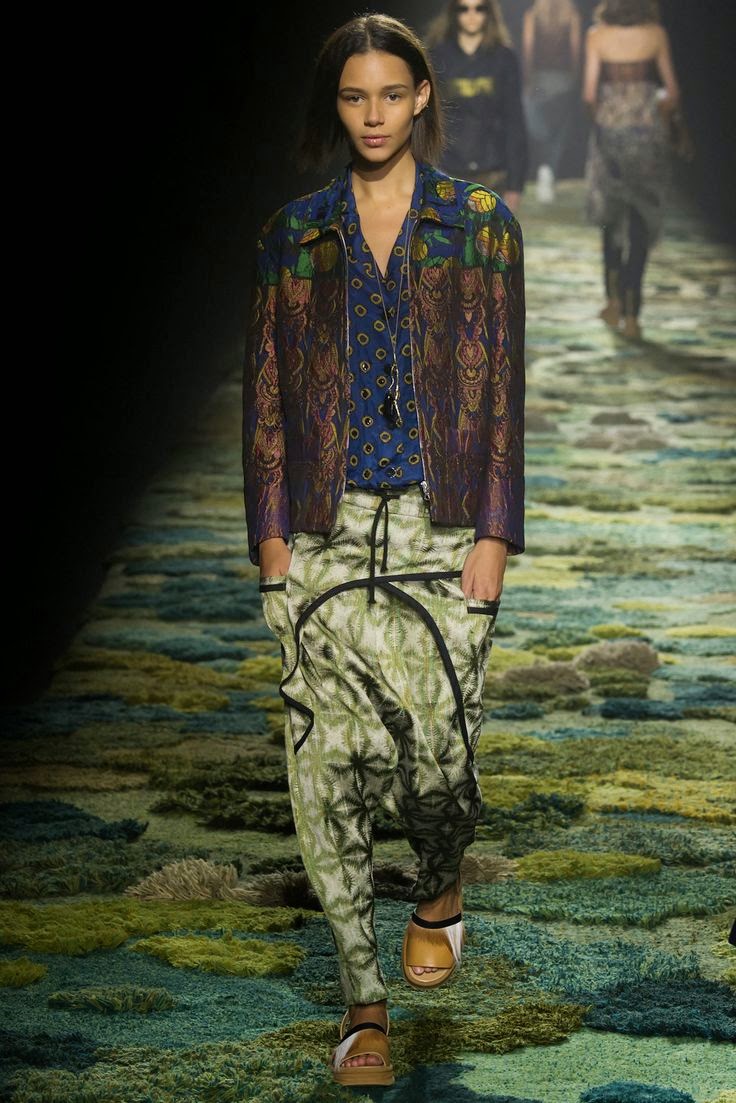 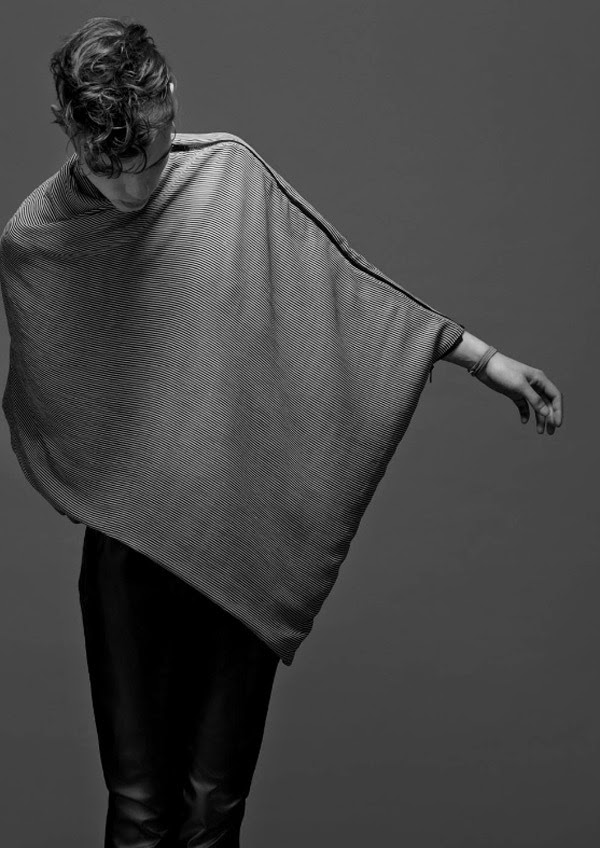 Part of this is, of course, a canny method for broadening a sales base.  And part of it, to my mind, is a subconscious reaction to a major social mindset change.  We are becoming increasingly aware of, and comfortable with, through exposure, transgender people, and others with less defined gender modalities.  As this continues, and we find ourselves more consistently in contact with people who are re-defining what human sexual identity means, the Attire language will do what it always has done, it will adapt; often before we realize it needs to, to the changes we are facing. 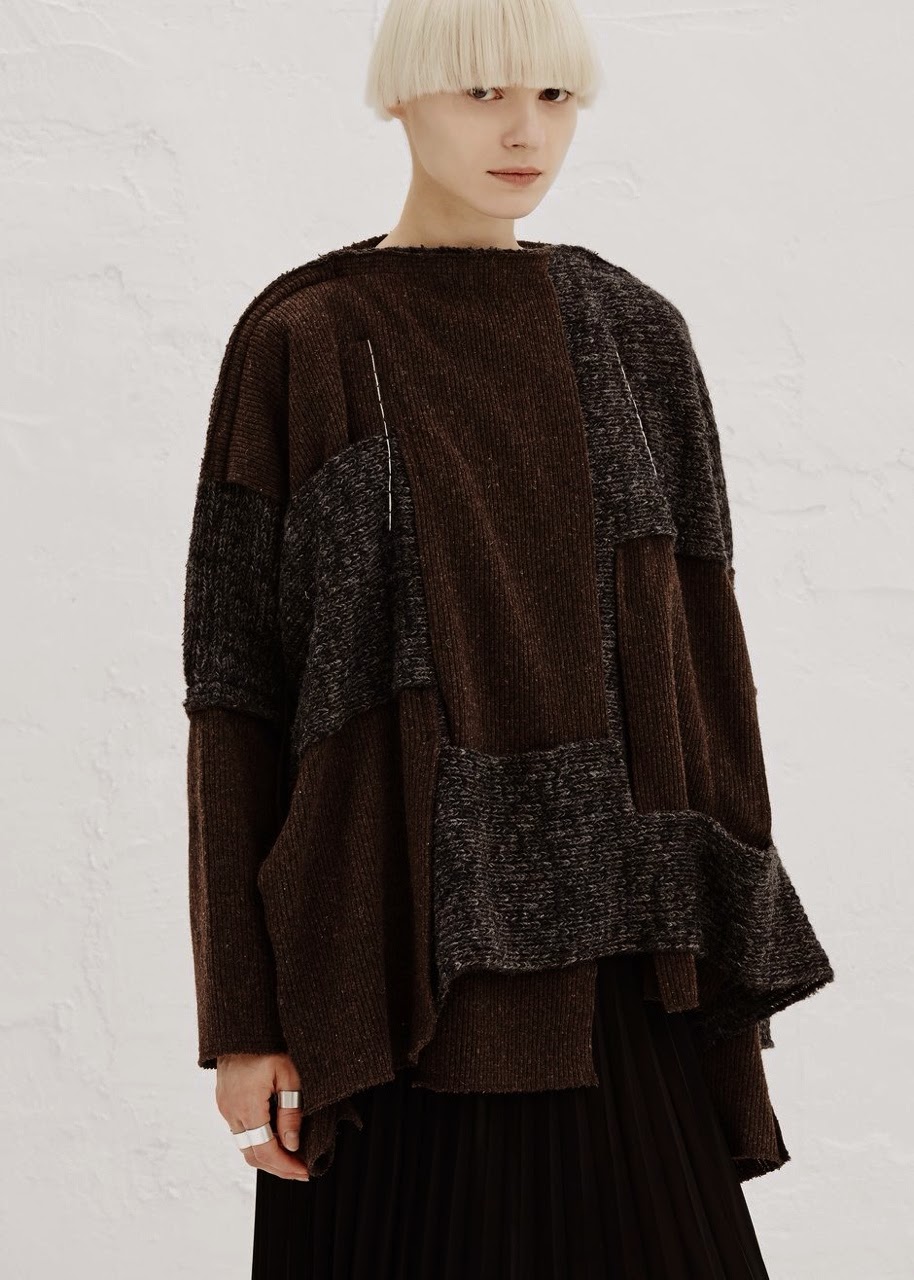 I believe that a good deal of this change, this move forward, and away from constricting ideas of identity, is in part due to the Women's Rights movement, part due to the Gay Rights movement, and part due to the birth of the Global village, as we become more evidently connected through our communications on line.
The Women's Rights movement in the 60s and 70s, opened Pandora's Box (if you'll forgive me) and made the males of our world start to face it that they had been treating their lovers, wives, partners, and co-workers, as something less than human.  In terms of the Attire language, it meant that forms of dress previously outside of the norm for women, became acceptable, and in time fully understood as appropriate, and in keeping with their needs.
The Gay Rights movement did something similar, and oddly, in the end affected mostly the same demographic, straight men.  It challenged people to understand that maleness was not simply the province of chest thumping, border protecting, aggressive action.  It also embraced simpler, softer, and more thoughtful things. 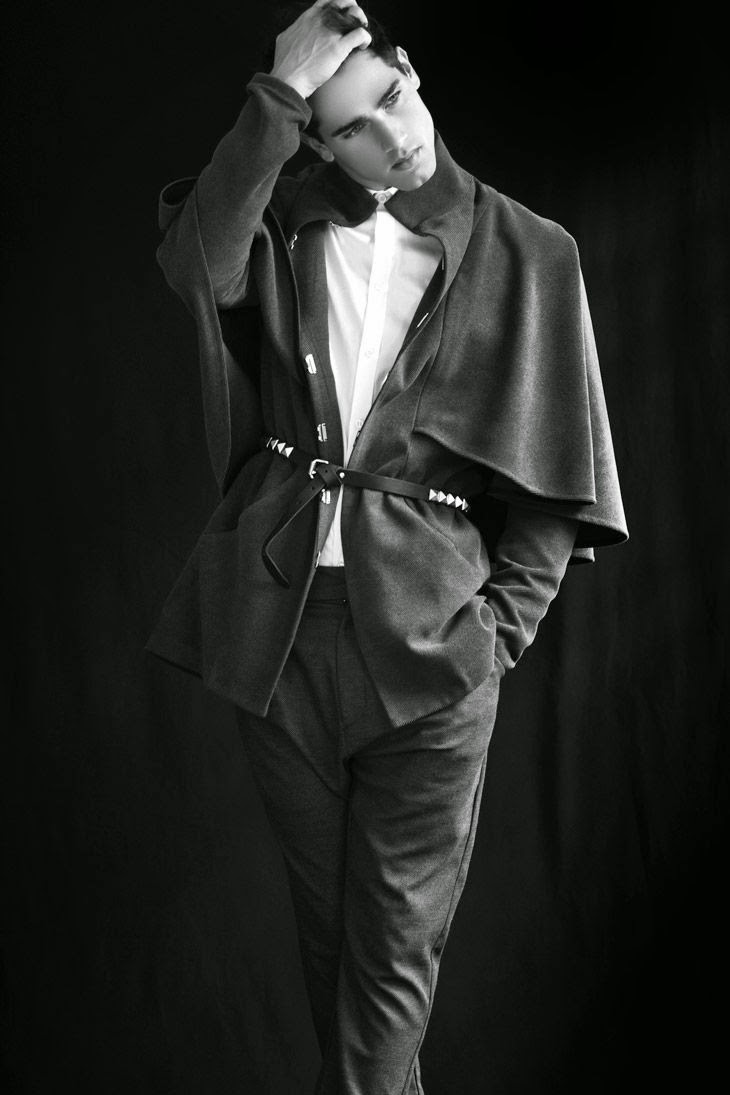 Now in the case of the gay men of the world, the desire to be seen as masculine and acceptable overrode all other concerns for a good while. Gay male icons were, and are still,  mostly hyper-masculine, and I find it interesting in the extreme, that as time has gone on, the paradigm of male physical beauty has shifted so much, that what was once the gay male idea of the perfect man, has become the gold standard for our culture.
Certainly it has been said that the internet is for porn, (lets be honest, its observably true), but, its also a way for people of diverse backgrounds to connect in ways heretofore impossible; and give them a way to learn and grow, outside of a classroom. Even in my own humble blog here, I have readers spanning 4 continents, and hopefully someday, much more.  That I can share what I know across the globe, was something inconceivable, only 50 years back in time.  So, that said, the effect of the information age is profound, opening doors, breaking down barriers, and exposing people to all sorts to experiences. and manners of expression, they would never have thought of on their own.
So what do we end up with?  Well, what I'm seeing, admittedly through the lens of the edgey San Francisco universe, is that we are, finally, beginning to let go of some of the oldest and more hard held notions of male, female, and what makes you one or the other.  We are beginning to understand that its not the equipage you come bundled with, but what you have inside to give, and what you do with those qualities that makes you beautiful, desirable, and worthy. 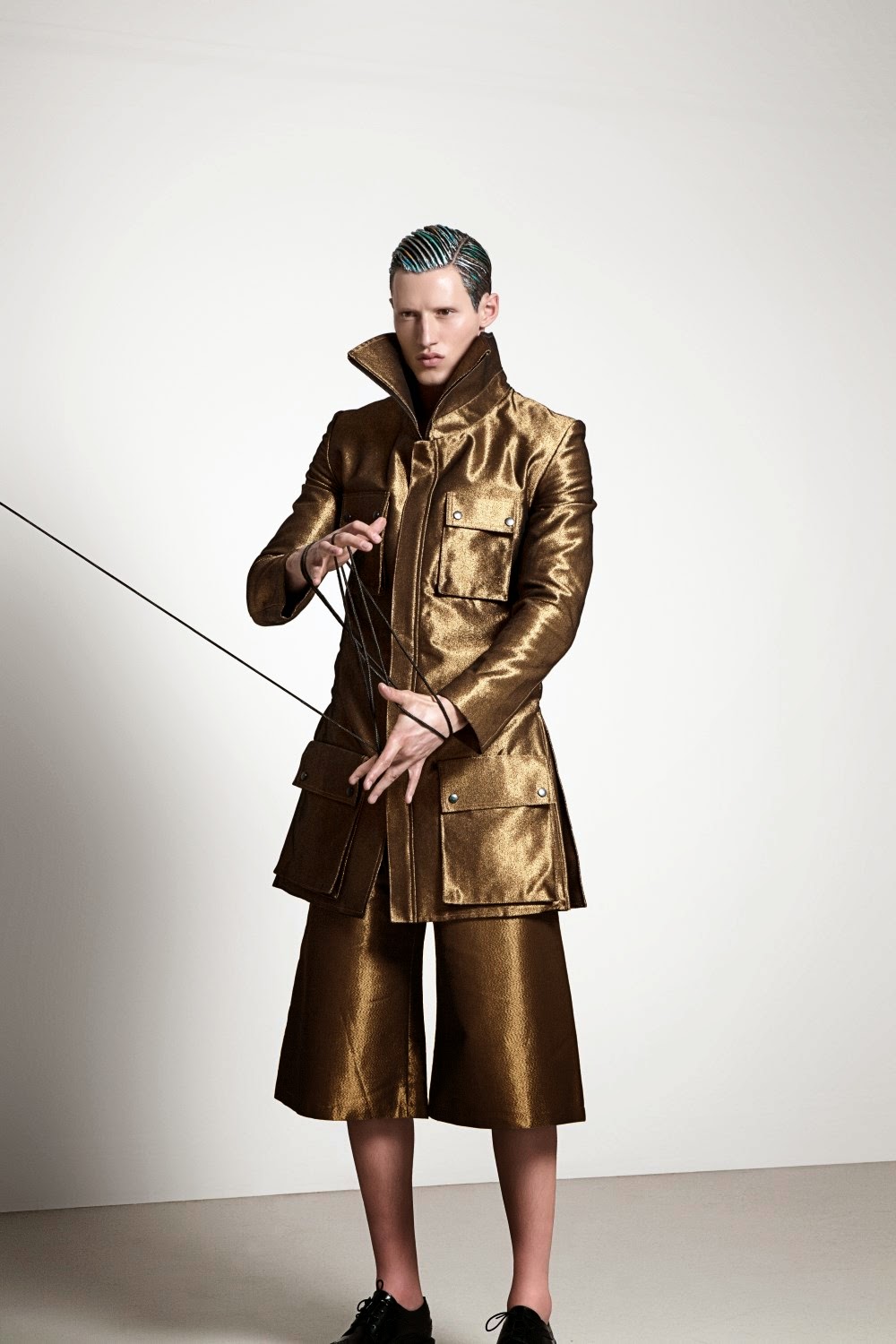 I'll close with this.  It is my earnest hope that someday people all over the globe will be able to express their personal truth, using this complex language of Attire, without fear of being censured, dismissed, or harmed, because what they have to say is different.
Posted by Paul G. Ellis at 8:00 AM