With endless thanks to the amazing people who chronicle the vast collection of apparel at the Metropolitan Museum of New York I am delving again into the splendors of men's court dress of the later 1700s.  Roughly 1785-90, actually.
It is rare enough when a suit like this remains intact with all its 3 pieces.  But when its also unaltered whatsoever, and in near perfect condition, that makes it doubly rare and marvelous. 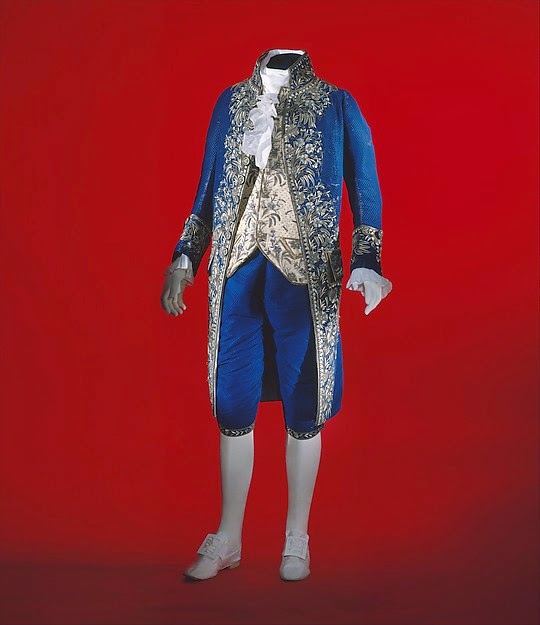 This suit, of a navy and royal diapired silk brocade has a tiny repeating pattern of diamonds in royal blue in the navy blue ground. 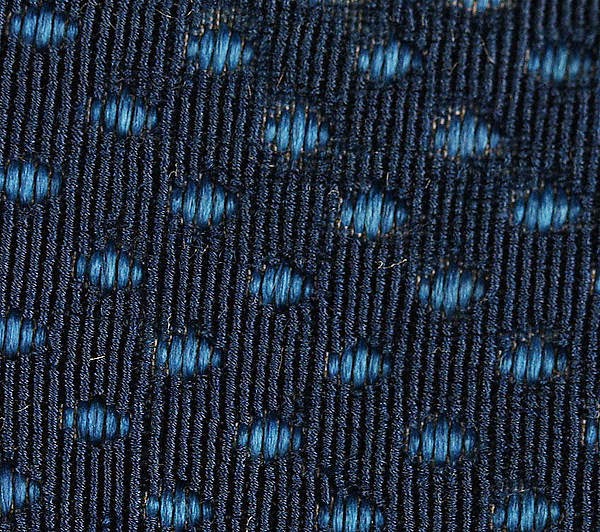 The coat is extensively embroidered, en disposition, with a pattern of flowers and leaves done in silk thread, gold bullion work, metal sequins, and paste stones. 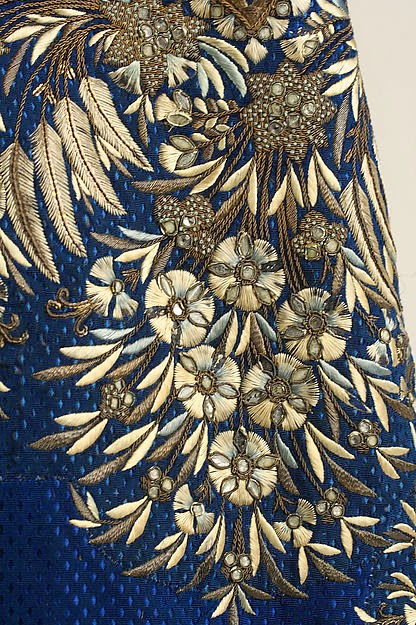 The accompanying waistcoat is in white silk, with embroideries clearly done to coordinate with the coat and breeches.  Its obvious looking at this suit, that it was commissioned together, rather than a waistcoat being ordered separately, as was quite common to do. 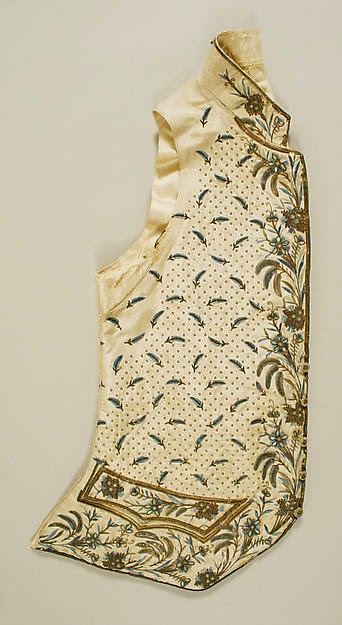 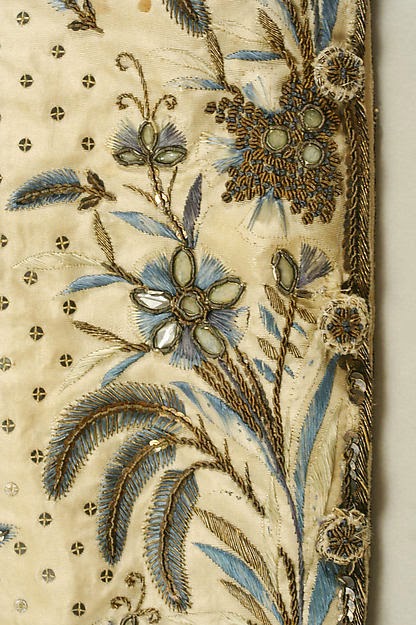 The workmanship of the embroideries is of the very highest level, and was likely done to the exact specifications of the gentleman who ordered it.  One of the reasons I chose to post this second look at the habit de cour, is because in this case the Met has provided us with over a dozen images, often tight close up, that allow us to fully appreciate the artistry and excellence. 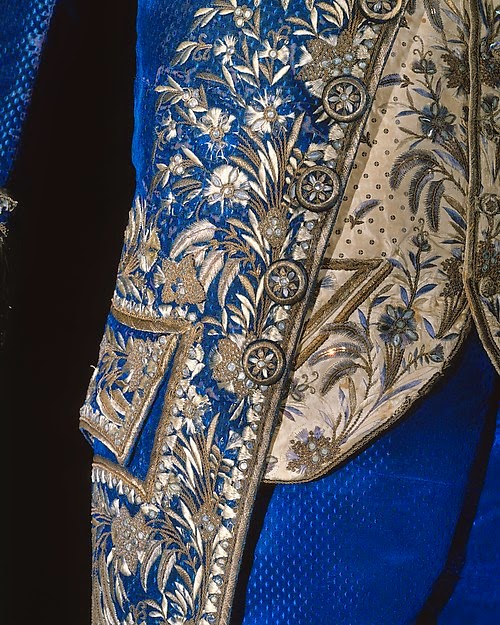 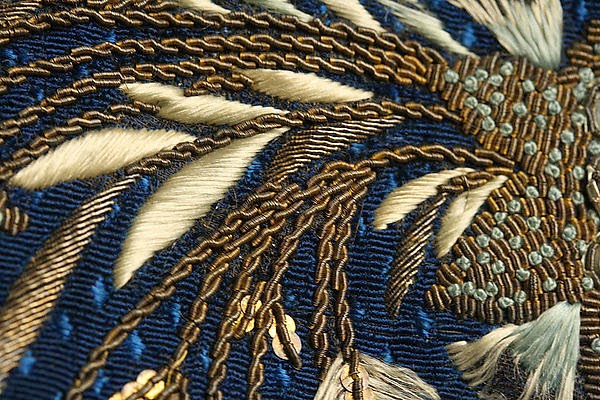 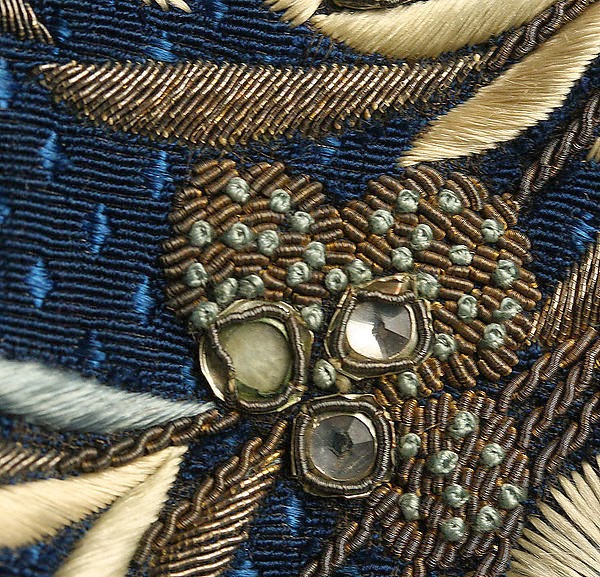 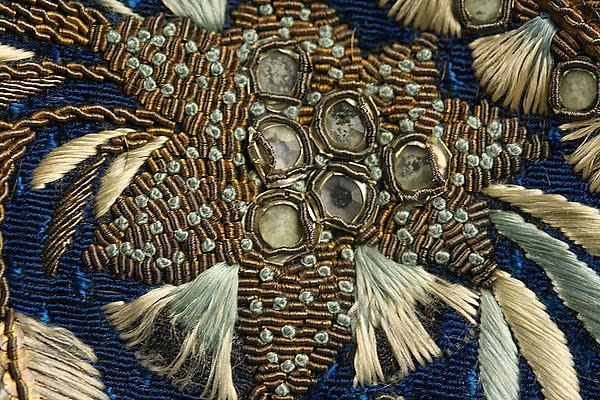 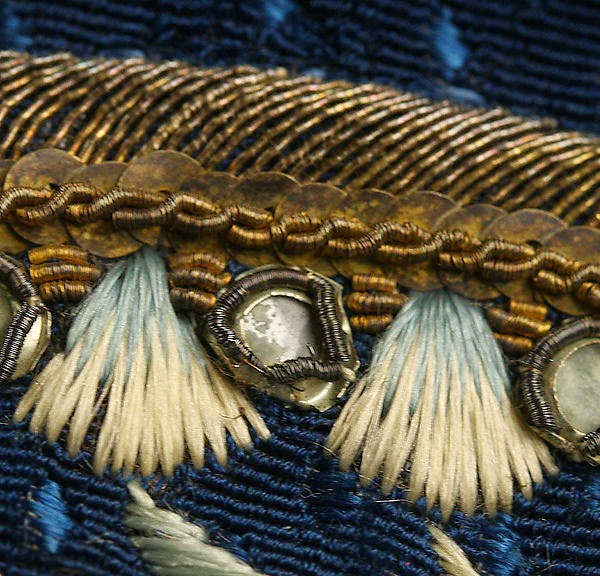 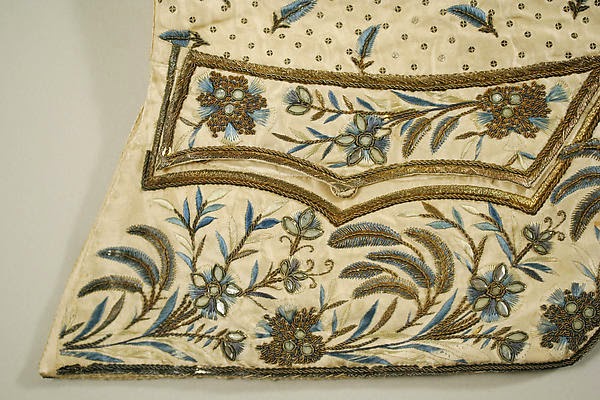 As I've mentioned before, typically a gentleman would select materials for his suit, determine the color and style of the embellishments to be done, and the fabric would be sent off, before cutting, to an embroidery atelier.  The fabric would receive its embroidery, including pocket flaps and covers for buttons if desired, and then be returned to the tailor to be made up to the client's measures.  This enabled embroidery work to be done that would smoothly flow across the front to the back of a garment, without any jarring interruptions in the pattern. 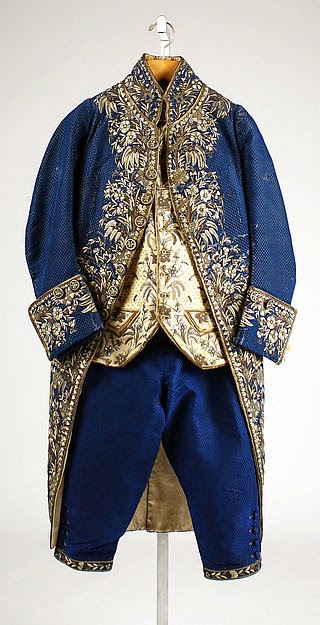 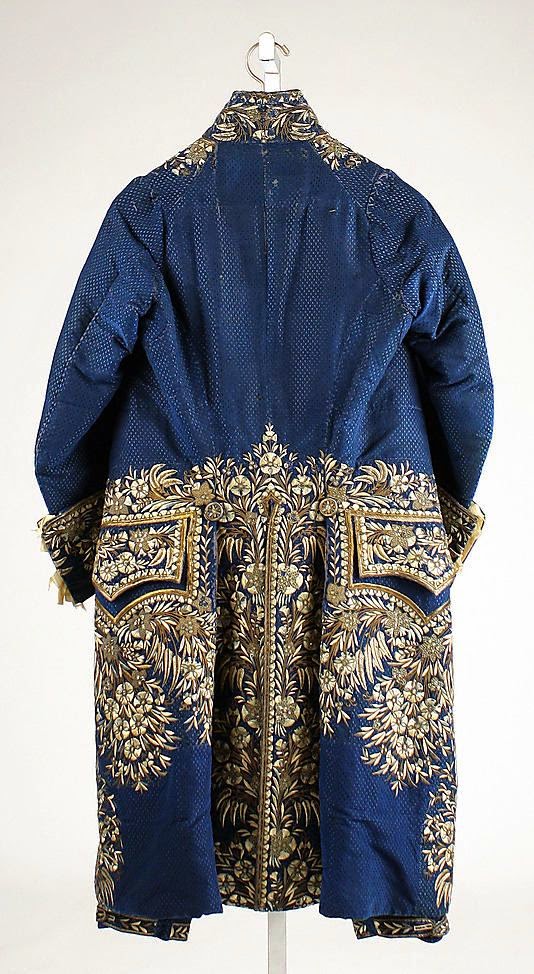 Because of the paste stones and sequins, this would have been considered an appropriate suit for the very highest, most formal of occasions, like a reception for a visiting sovereign.  It must have been amazing looking in the blaze of candlelight at Versailles.
Posted by Paul G. Ellis at 7:51 AM