Few designer garments have had the massive impact, and longevity of this particular one.  The suit designed by Gabrielle Coco Chanel was a trumpet blaring.  It showed women that they could be chic, comfortable, and have freedom of movement for all their chosen activities, all in one simple, easy to understand package.

This particular version is from 1962, after she had re-started her house in Paris.  There are numerous things about the Chanel suit that made it revolutionary, and still allow it to have relevance in the Attire language today.
First of all, the skirt, though narrow of profile, has a deep pleat in the back to allow ease of walking, and sitting.  The length of skirt varied from just below the knee to somewhat above it, but essentially, it was meant to break near the midpoint of the leg.

Second, the jacket is loosely fitted, ending at the hipline, with sleeves set wide and deep, again for ease of motion and comfort.  Chanel said that a suit that your couldn't rotate your arms in didn't fit correctly.  The jacket also has pockets that are large enough to actually be usable for more than just a kleenex and a lipstick. 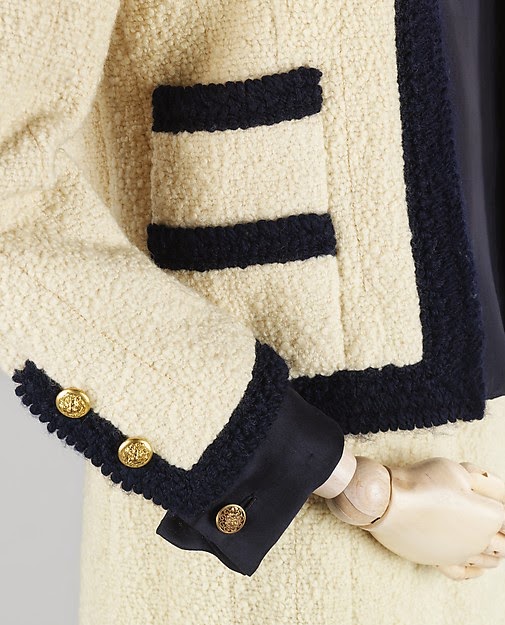 And both the jacket and skirt have a line of dressmaker's chain hidden in the hem to make certain that, regardless of the woman's activity, both pieces would hang correctly.

The Chanel suit in its endless permutations was the mainstay of the House, nearly from its inception.  And when she re-started her couture business in 1954 after having closed it in 1939, she had a rougher time of it than before.  The world had substantively altered, and her spare, athletic version of couture was not in the ascendant any longer.  Nonetheless the indefatigable Chanel continued to work as a couturier right up to her death in 197, at 87 years of age. 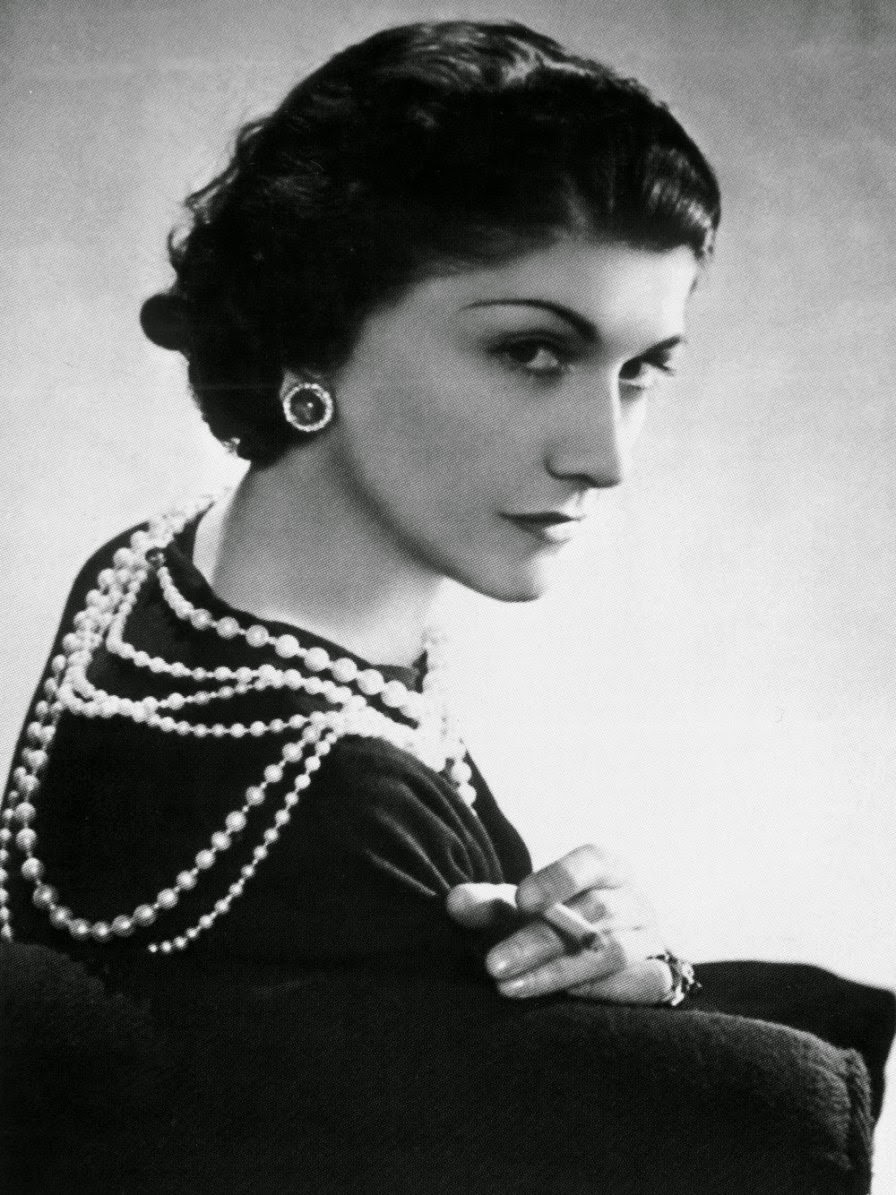 The suit she devised is still out there in new versions, during every season of the Chanel couture business, and  still exerts a strong symbolic effect on anyone wearing one, or seeing one worn.