When I coined this post title, it appealed to me because of a certain alliterative quality. But what I was really going after was something that expressed male attire in a different way than the term dandy.  To me, especially now, with things changing so much for men about how we dress ourselves, I thought I needed a term that conveyed a greater level of intensity than simply being excessively fashionable. So, Man Glam, which to me encompasses the need to be more outrageous, more visible, more definitively Luxe, and more experimental that the word dandy can contain completely. 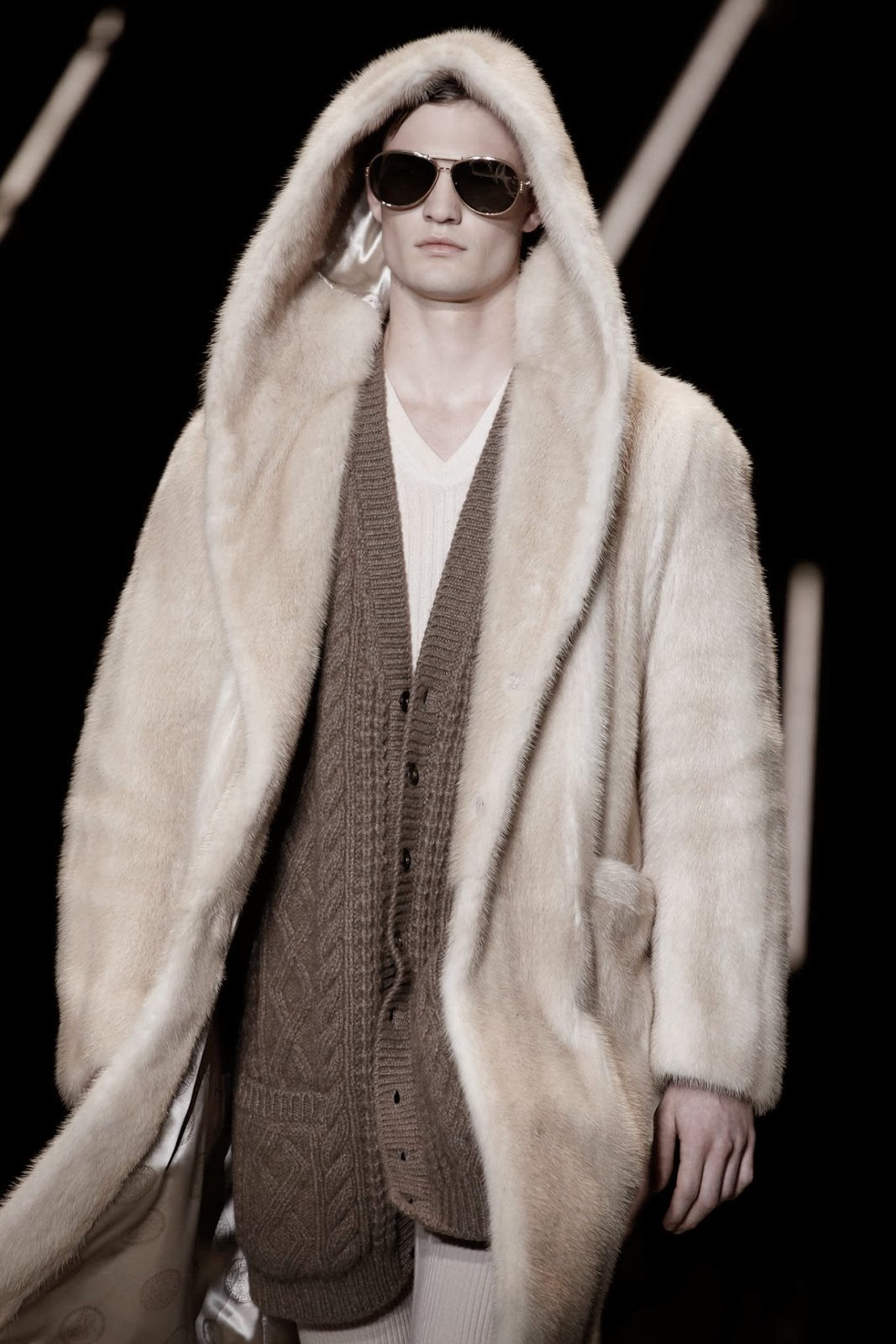 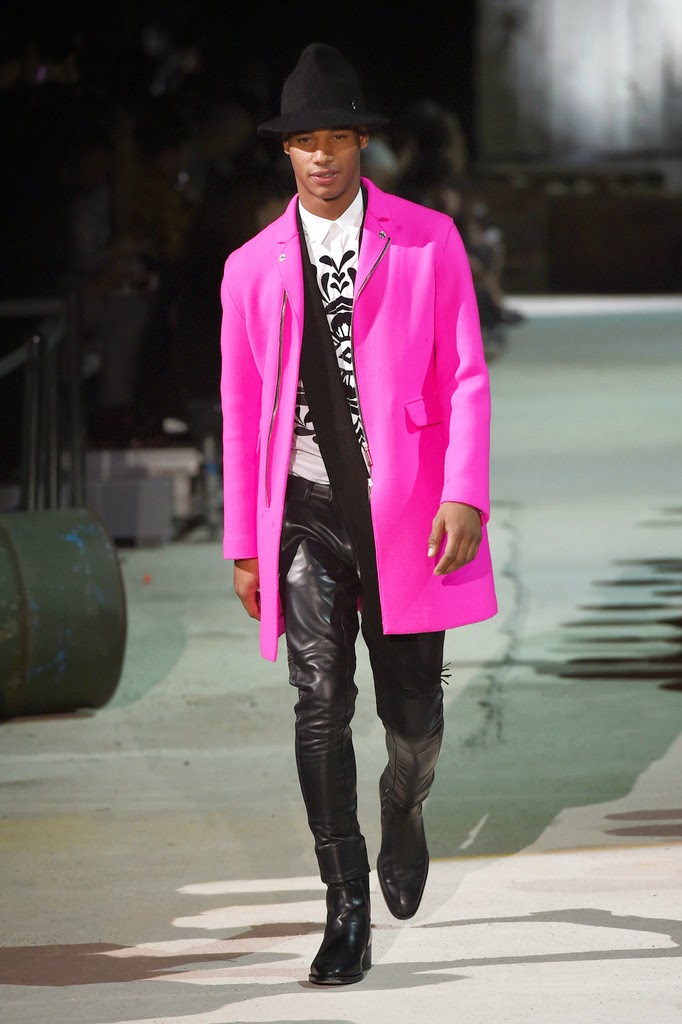 Concomitant with the shifting away from the older, long held notions of male apparel, in terms of fabrications, fit, and color, the outer edges of the menswear donning populace are allowing themselves more freedom to play with texture, volume, and with embellishments and jewels. 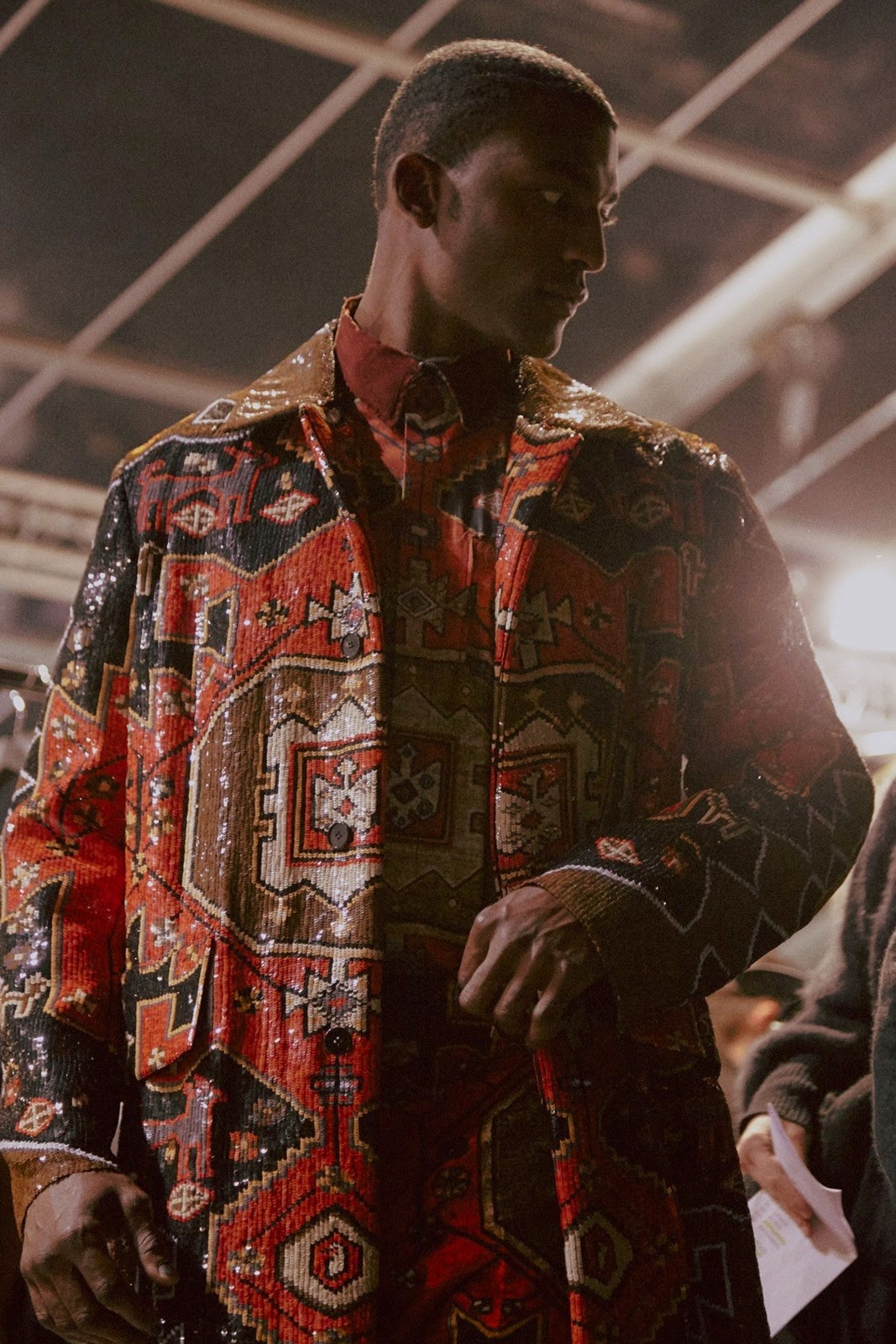 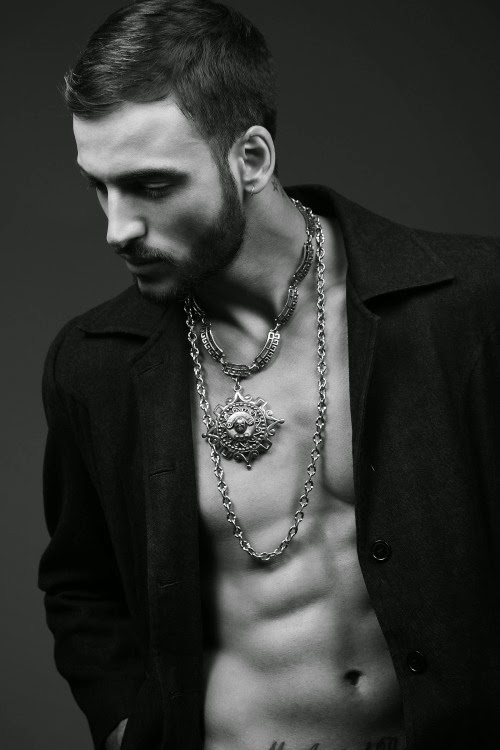 What this says to me is that we are, as a culture, becoming more comfortable with men having a broader, freer range within which to express themselves, and that men themselves, are getting the point too; that they needn't feel constrained by navy blue, and worsted wool. They are beginning to understand on a deeper level that their maleness owes little to their apparel, but rather something different: that their sartorial decisions can reveal the extent of their confidence in themselves. 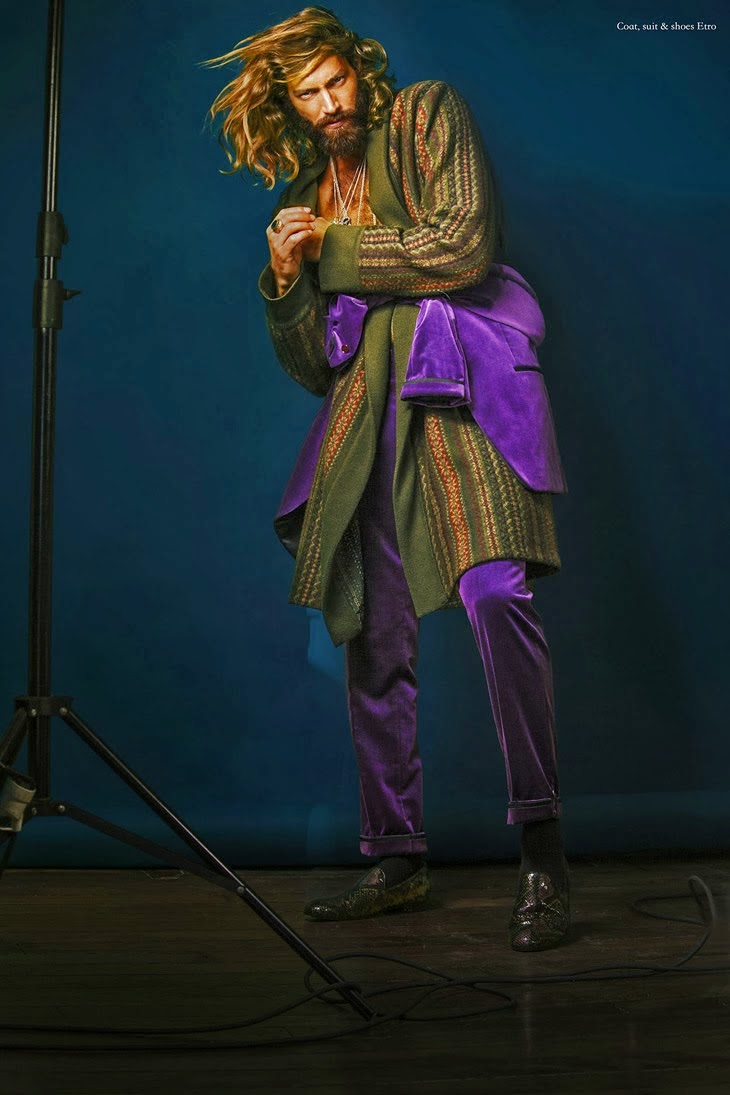 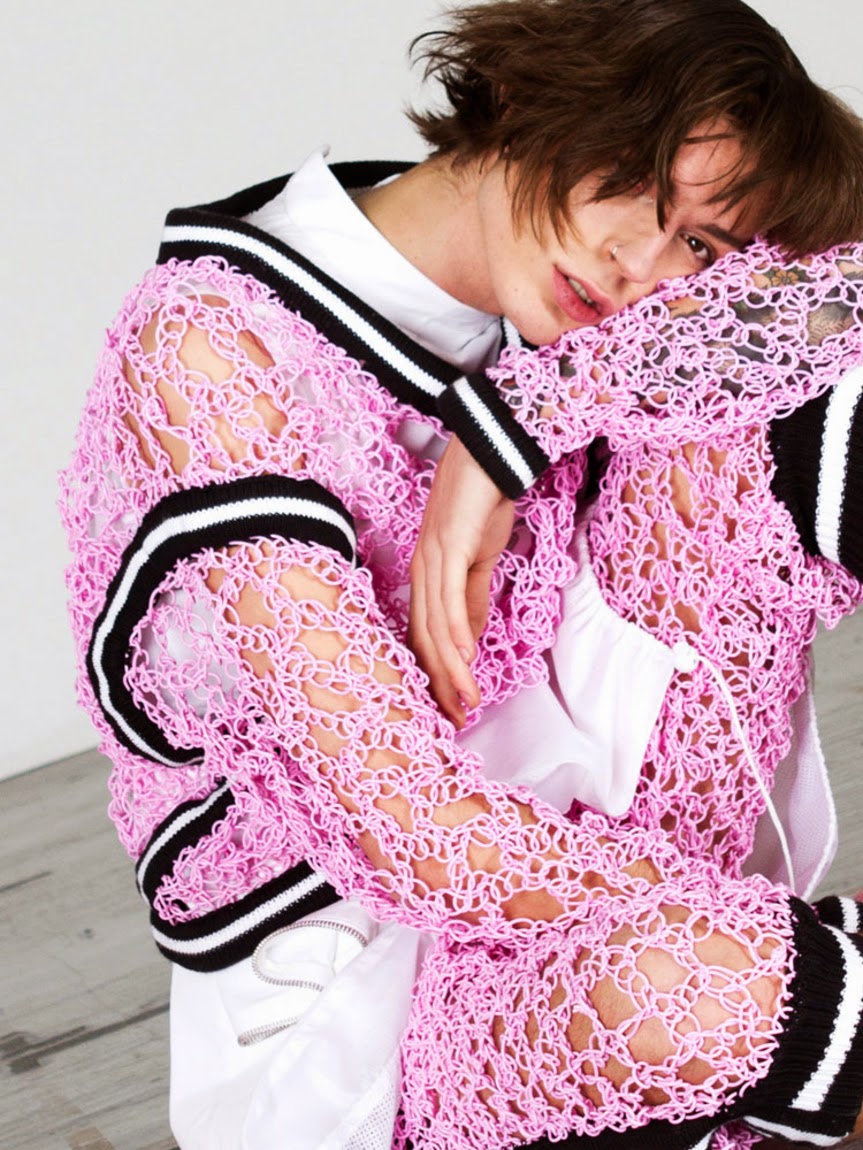 Too, and I think we boys owe a debt of thanks to the rockers of the past several decades, we have been allowed, through them, to experiment, and also, for the first time in a very long time, to see what fun dress can be; and the wild breadth of thought, and feeling that it can reveal. 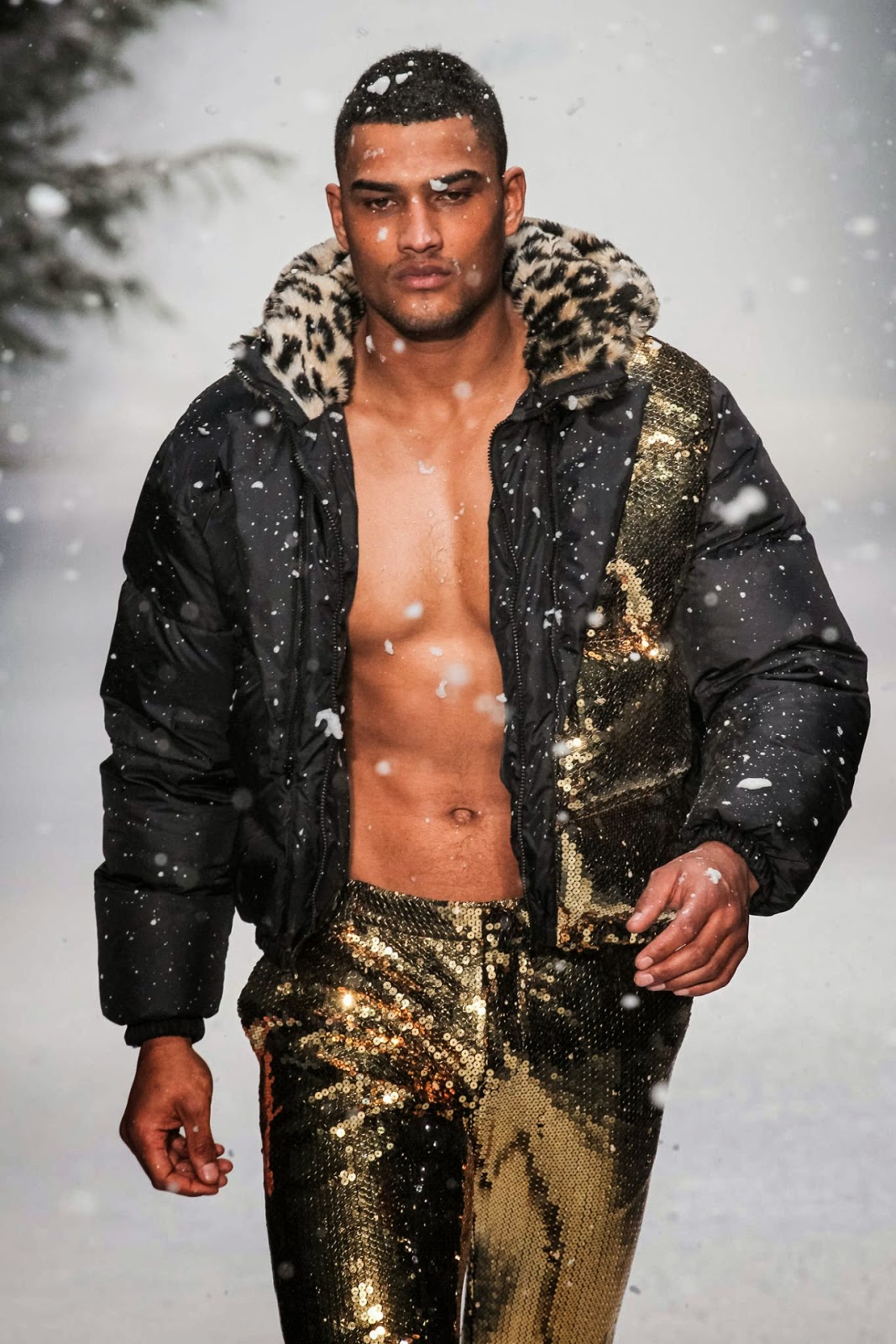 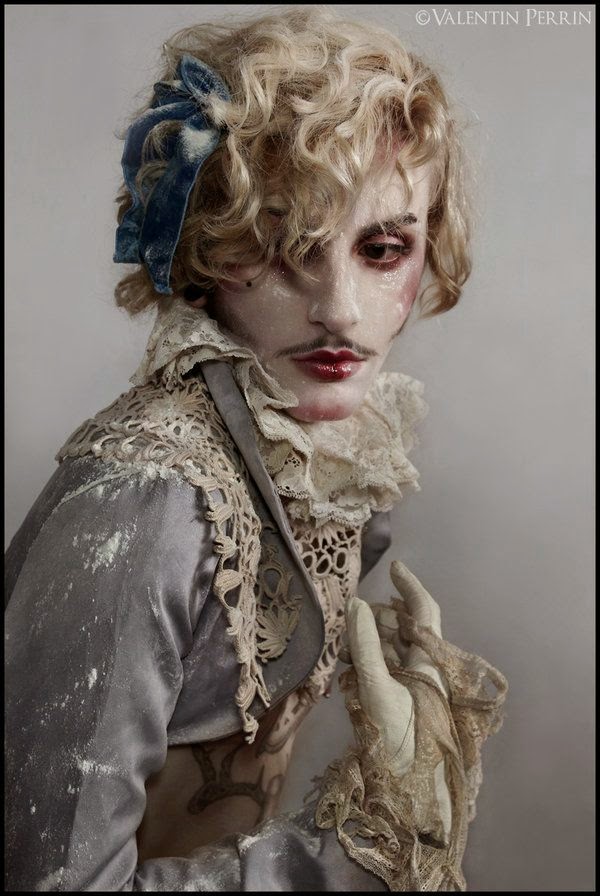 Living and working in San Francisco, I get regular hits of Man Glam coming into my view.  I freely admit that means that the place from which I'm viewing all this change is not the center point, but one of the outer realms.  That acknowledged, the point I'm making remains valid.  We are a changing culture, certainly far more rapidly changing than a good many can handle with comfort.  And those changes are not going to be avoidable. When we make an internal choice as a culture, or a species, to shift away from some long held position, there is nothing, and no one, who can make us change course back again.
Posted by Paul G. Ellis at 3:10 AM